All of these holiday traditions are still alive today! From celebrating radishes to tossing out the tree in Germany! 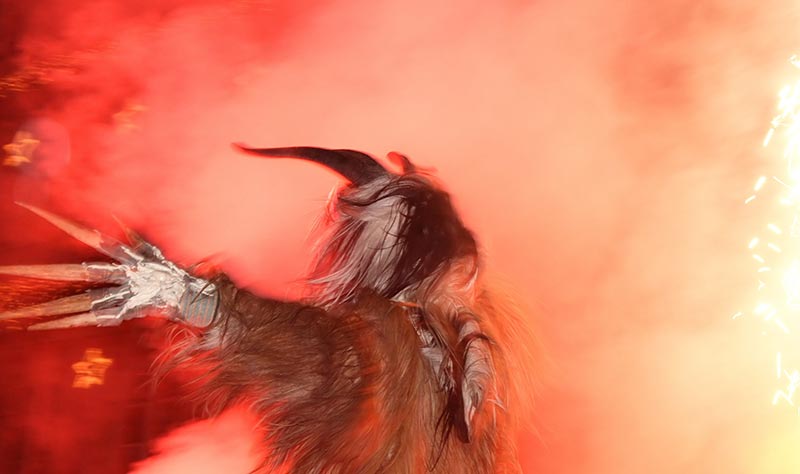 The Night of the Radishes! In Oaxaca, Mexico boys and girls don’t go to bed early eager to open presents the next morning, instead they party with the red and white tuberous roots of radishes.

Started in 1987, the Night of the Radishes is a festival consisting of parades, parties, and dances all to celebrate the radish. Radish aficionados and experts sculpt and paint this bitter vegetable for the holiday season. 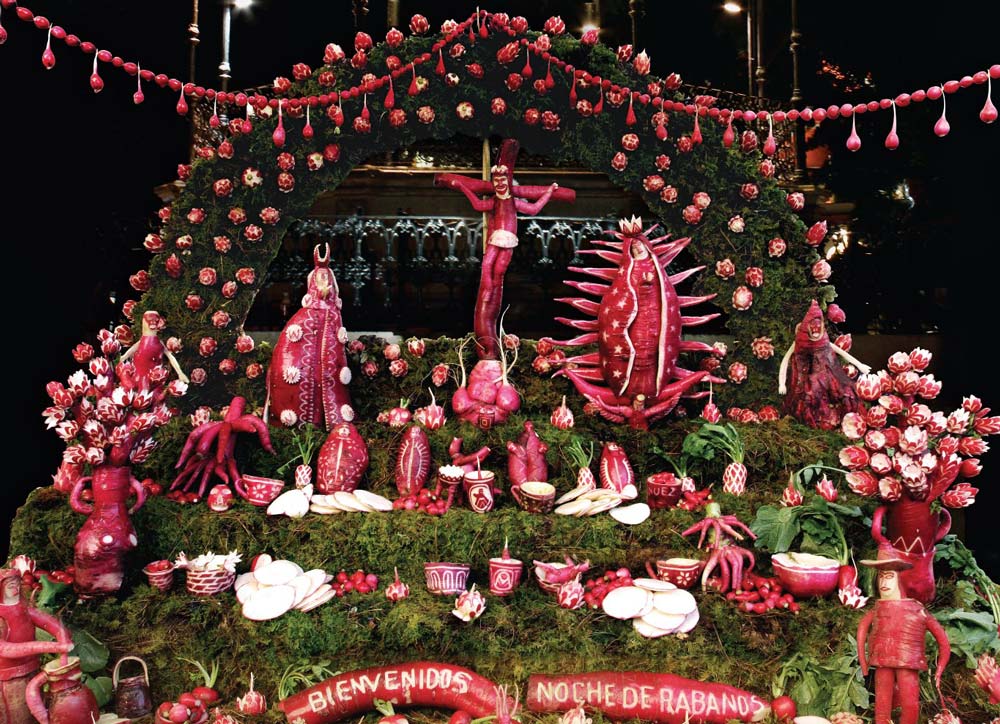 Night of Rasdishes by Ron Mader

It has a survival rate below 25%
A 45-foot high goat made of straw may be strange enough, but in the town of Gävle this 50 year tradition is afflicted by a Christmas-time curse.

Out of the 46 times the goat has been set up in the town square, it has burned down 28 times, and torn down, run over, or thrown in the river an additional 7 times; giving it a survival rate below 25%.

Will the goat meet a fiery fate this year? You can watch it live on webcam, or follow it on twitter. 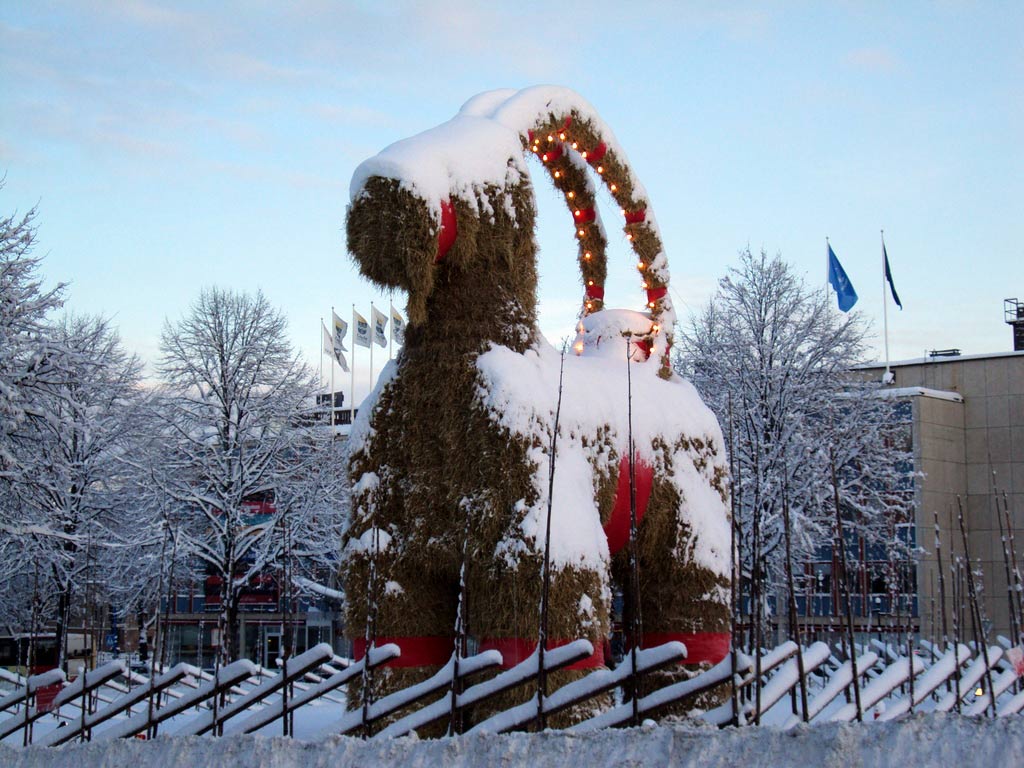 Krampus is the original Grinch. An Alpine legend, this black-furred, horned devil is fabled to accompany Santa Claus Christmas Night.

While Santa Claus rewards well behaved children with toys, Krampus’s job is to beat bad boys and girls with a quiver of switches, and then throw them on a basket he carries on his back so he can drag them to Hell.
I think I prefer coal.

Today, men dress in Krampus costumes and makeup to scare and threaten children with floggings. 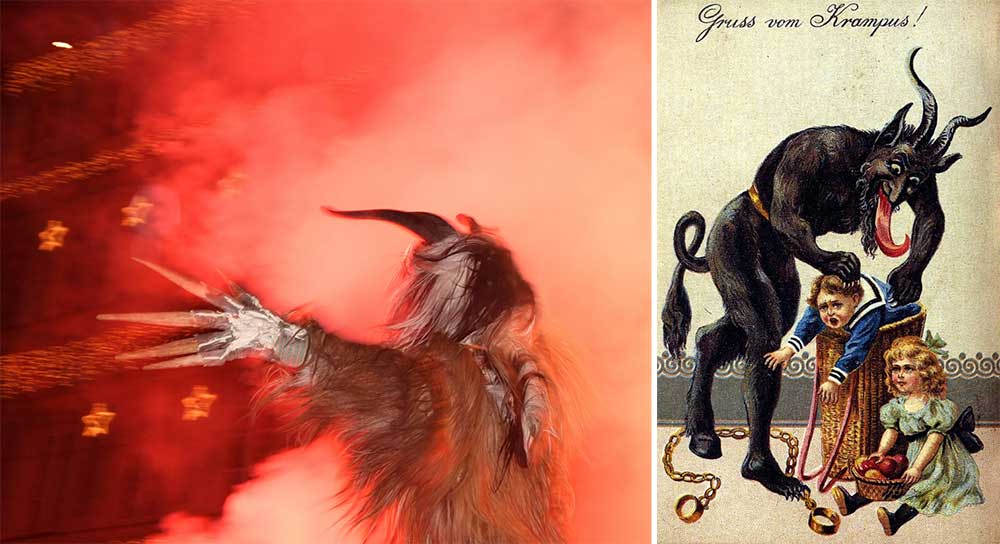 I think I prefer coal.

Tossing Out the Tree

Sometimes it can take weeks to take down the holiday decorations, the holly and lights lingering into the New Year.

In Weidenburg, Germany however, people can’t wait to toss out the tree.
This small town hosts the World Competitive Christmas Tree Throwing Championship. Participants can shot-put throw, javelin toss, or poll-vault hurl their Christmas trees in a battle of withering needles and sticky sap.

Featured in our Book Reality Shock! 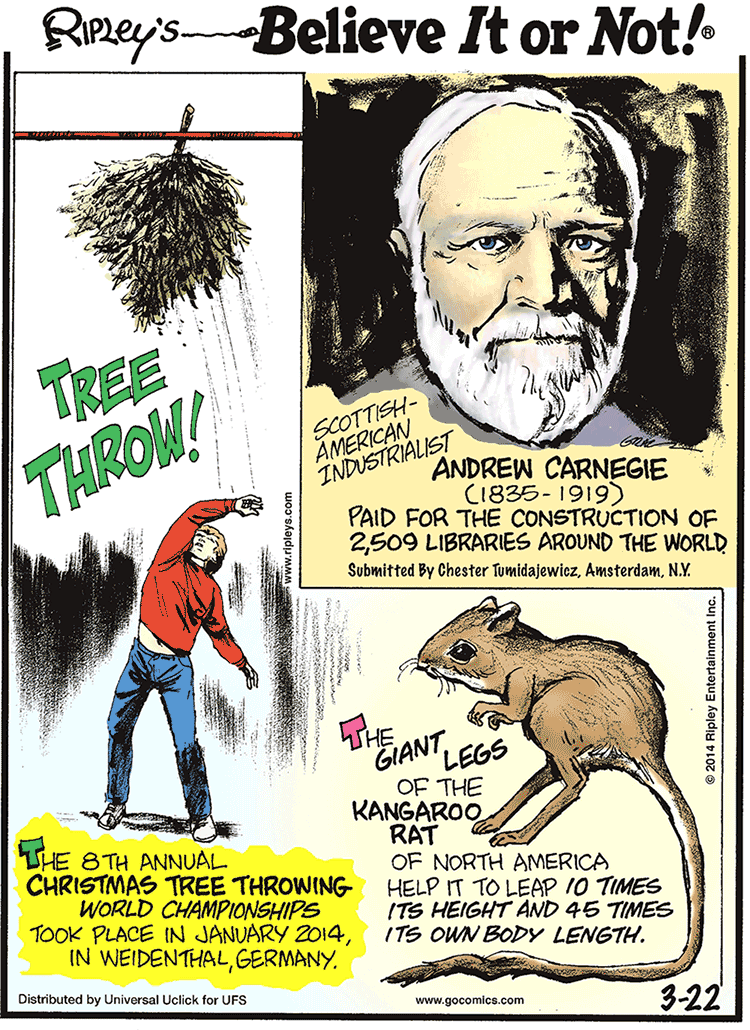 In Japan, the traditional Christmas-day meal is Kentucky’s Fried Chicken.

Swooping in to offer a Christmas meal to foreigners missing a taste of the holidays in a country without turkey, KFC’s bucket of Christmas Chicken has become a hit with Japanese locals. KFC Japan even recommends you reserve your meal months in advance to ensure you don’t miss their festive fingers.