Measuring about 10 feet long and weighing around 1,300 pounds, the newly discovered amphibian was likely a top predator during its heyday 43 million years ago, earning its name, Phiomicetus anubis — after the ancient canine-headed Egyptian god of death. 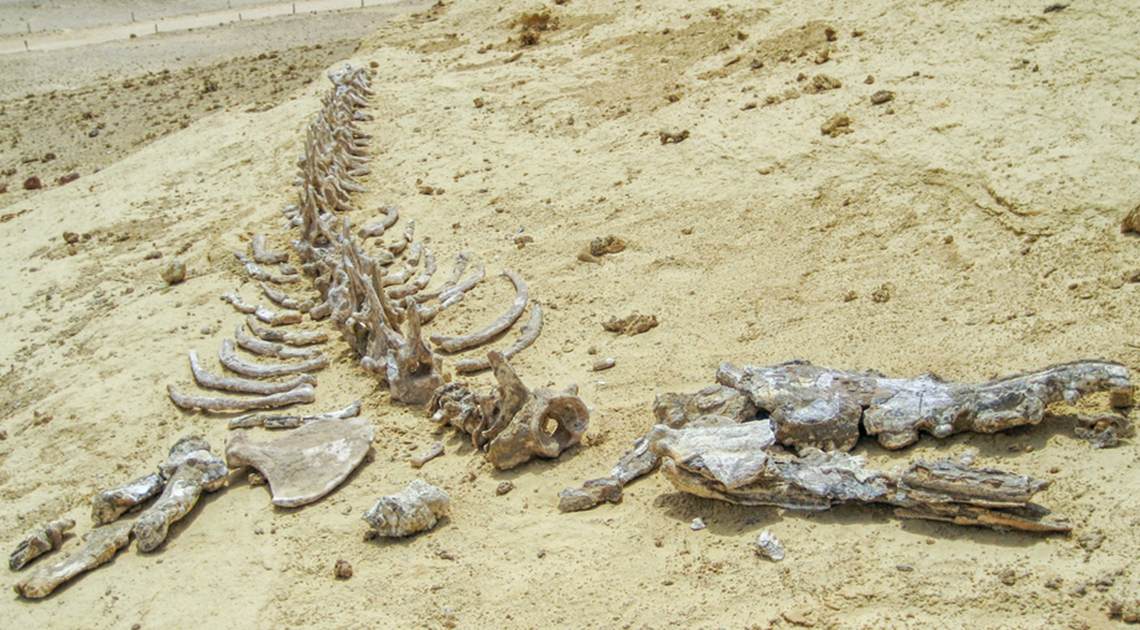 This Week: Whales That Walked on Land

A team of paleontologists from Egypt’s Mansoura University revealed their discovery of an ancient whale species this week—a massive four-legged beast that could travel between land and sea!

Measuring about 10 feet long and weighing around 1,300 pounds, the newly discovered amphibian was likely a top predator during its heyday 43 million years ago, earning its name, Phiomicetus anubis—after the ancient canine-headed Egyptian god of death.

The Eocene-era fossil initially sprouted up in the Fayum Depression area of the Western Desert during a 2008 expedition led by the Egyptian Environmental Affairs Agency but found a new purpose when the Mansoura University Vertebrate Paleontology Centre decided to take a closer look.

The recent study, published in the Royal Society journal on August 25, details the fossil as a previously undiscovered species of protocetidae, a group of extinct whales that lived between 33.9 million and 56 million years ago—smack in the middle of the transition of whales from land-dwellers to marine creatures. The amphibious nature of protocetids places them in a critical era of whale history that is still very much a mystery to scientists.

Finding the Fossil in the Fayum Depression was No Fluke

As part of Egypt’s Wadi Al-Hitan—or Whale Valley—Fayum Depression is no stranger to historic whale findings.

Once submerged by the sea, Wadi Al-Hitan has become the most important site for understanding the evolution of whales from an ancient deer-like land animal to the ocean’s largest mammal. The UNESCO World Heritage Site is home to fossils of the earliest whales, often found in the form of complete skeletons. 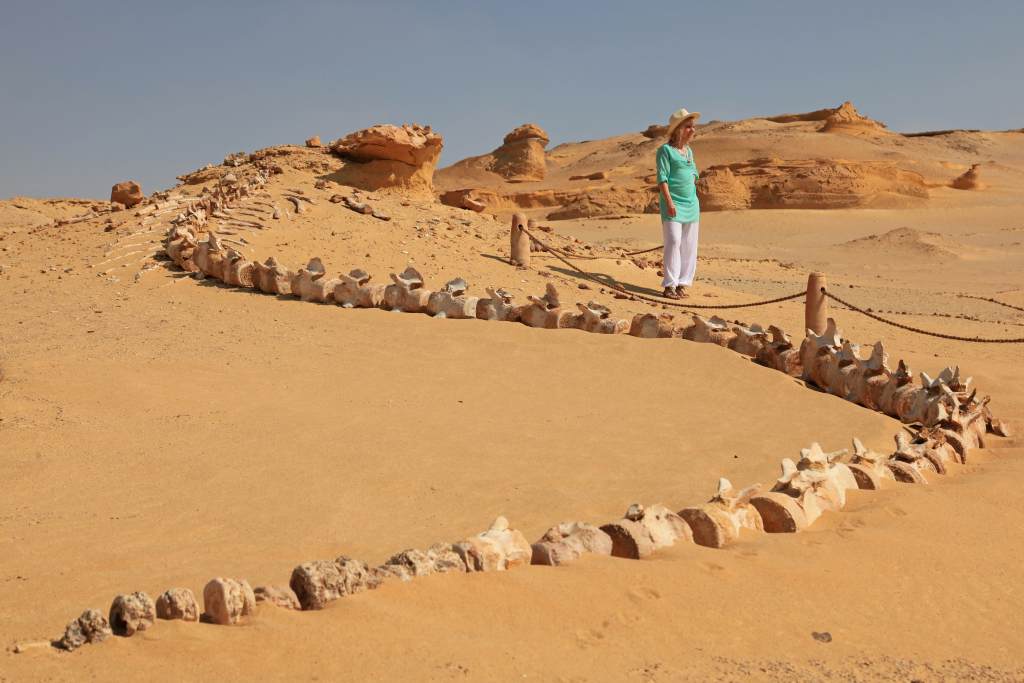 According to the study’s lead author, Abdullah Gohar, this is the first time an Egyptian team has made such a discovery in the region despite this abundance of fossils. Previous discoveries in the Fayum Depression “range from semiaquatic crocodile-like whales to giant fully aquatic whales” found in rocks spanning about 12 million years. The Phiomicetus anubis is not the first whale walker to be discovered, but it is believed to be the earliest iteration to be found in Africa.

The world’s first intact fossil of an ancient whale was also discovered in the area back in 2015 when researchers came upon the skeleton of one of the earliest fully aquatic whale species, a Basilosaurus dating about 40 million years old. Though first found in Alabama of all places back in the 1830s, the Egyptian fossil revealed new details on the origin of these apex predators.

Long and slender, measuring about 50 to 60 feet in length, with sharp, threatening teeth, the Basilosaurus — or “King Lizard” — was one of the largest cetaceans ever to live. It spent its days wading in the shallow ocean waters, searching for smaller species, such as the Dorudon, to prey upon.

Growing to a comparatively small 16 feet long and weighing only half a ton, Dorudons were about the size of today’s beluga whale. Once mistaken for a young Basilosaurus, they were eventually given their own species title in the mid-1800s.

Though considered predators on their own, the fossils of baby Dorudons with distinct bite marks on their heads were once found inside the stomach of a Basilosaurus, indicating that they were easy pickings for their giant cousins.

Where are Whales From?

The discovery of the Phiomicetus anubis has given scientists further insight into the ecology of early whales and potentially into the origin of whales altogether.

“This discovery has also raised many scientific questions, most notably whether the ancestors of whales originated from India and Pakistan. Egypt may now have another say about their origin,” concluded Gohar of their findings.

Next post The Surprisingly Popular Chocolate Bars Made With Blood