Biohacking, the next step in Body Modification, includes surgically implanted computer chips. (Not for the faint of heart) 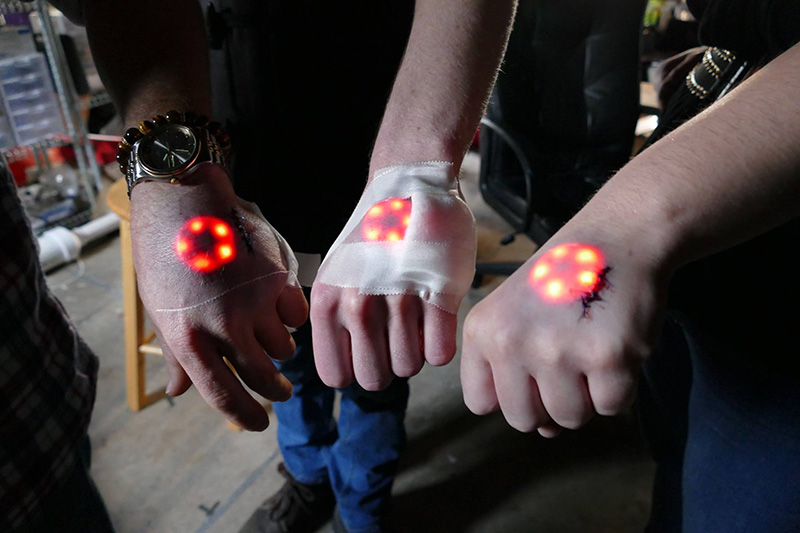 In the broad sense, Biohacking is a movement devoted to a kind of DIY science. Its basis is that science is for everyone and not just people in lab coats with fancy degrees. Bringing science and the scientific process to the people is ambitious, and the possibilities of what could be discovered and invented without the constraints of grant money and specific hypotheses are endless. A subset of Biohackers, however, are more interested in body modification and the potential for creating cyborgs.

Grindhouse Wetware is the company leading the body modification front.  From their site:

Grindhouse evolved from a group of highly driven individuals on the biohack.me forums, to a dedicated team working towards a common goal – augmenting humanity using safe, affordable, open source technology.

Some of the hacks are purely aesthetic. Like tattoos and piercings, implanted LED lights serve no real practical purpose. But the beauty of Biohacking as a whole is that the science isn’t limited to the question of the importance of the invention. That idea is being adopted by Grindhouse to give people what they want.

[People] contacted us because they wanted to light up their tattoos. That’s how we generate our implants, we let the community inspire us. 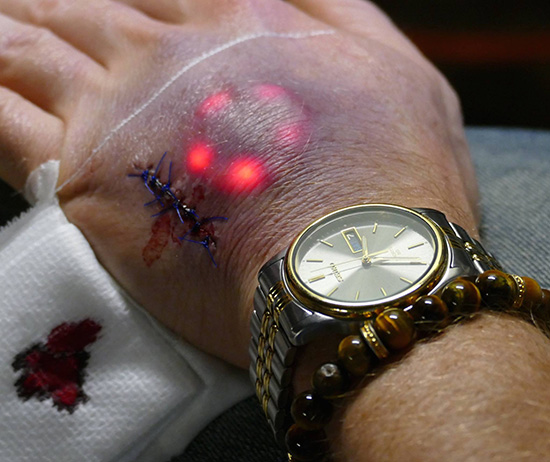 The lights are activated by placing a magnet over the implant. The lights shine for ten seconds and then go into sleep mode. The implant will last for roughly 10,000 illuminations before the batteries die. At that point, the customer can replace the implant, or keep it as is; there’s no way to recharge the battery – yet. If there’s demand for it, you can be sure the Grindhouse team will search for a safe way to extend the life of the implant indefinitely.

Not all of the hacks are about looks. Another focus of the Biohacking movement is on actively improving biology.

If you’re not ready to go the full implant route, John Rogers and his firm MC10 have developed the Biostamp. 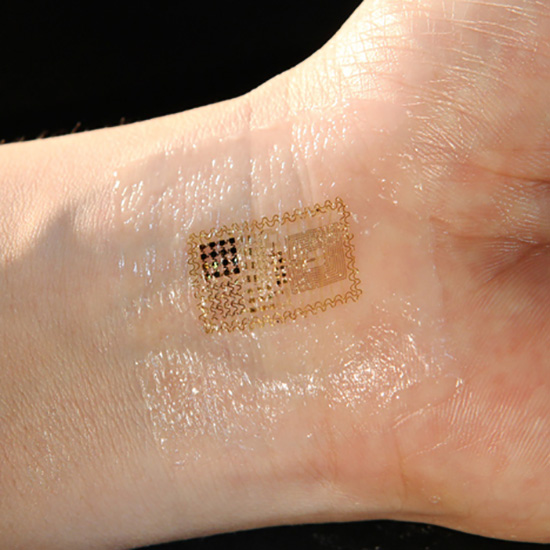 Applied as a temporary tattoo, the Biostamp can monitor different vitals. The Biostamp is a thin electronic mesh that stretches and moves with the skin and monitors temperature, hydration, and strain.

It could be developed for use in healthcare to monitor patients wirelessly, or be used to alert athletes when they need to hydrate for peak performance. For everyday use, the Biostamp might be worn on a day out to the beach, and it could tell you when to apply more sunscreen.

Because it will be in constant contact with the wearer’s skin, the Biostamp should be able to gather continuous information while the wearer goes about their daily life. It could then collect that information and automatically send it to a smartphone in the same way that the Fitbit does.

The Biostamp would be perfect for someone interested in something less permanent than an implant. It lasts for up to two weeks before the skin’s natural exfoliation causes it to come away. But if someone did want a more long-lasting solution, Grindhouse has the answer. 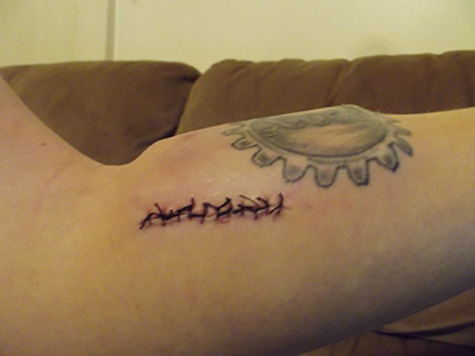 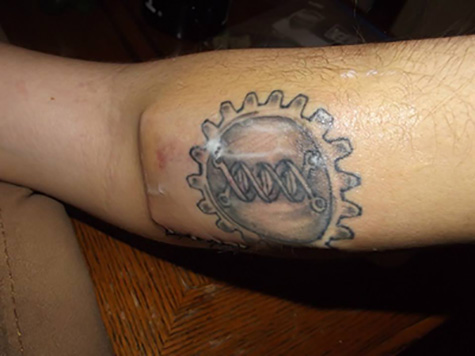 Tim Cannon took matters into his own hands, and got a chip roughly the size of a cellphone implanted in his forearm. Called the Circadia 1.0, the chip monitors biometric data much like the Biostamp does. Unlike the Biostamp, it’s open-source and allows the user full control over the data.

Users will be able to program the chip to relay the data they’re interested in receiving. So while the Circadia 1.0 seems to be a more permanent option, it also allows the user more control than the Biostamp does.

These hacks only scratch the surface of what’s possible. There’s everything from magnetic fingertips to eye implants for night vision. Soon, seeing someone walking down the street with a computer embedded in their arm will be as commonplace as seeing someone with their ears pierced. The future is now.

For more information, check out Grindhouse Wetware’s, Facebook, and YouTube channel. You can also watch the video below for more in-depth information about the LED lights implant, but be forewarned it’s not for the squeamish.

Previous post NASA's App Lets You Travel To Any Planet