At one point, the camels were used to locate a watering hole, saving the lives of the entire crew. 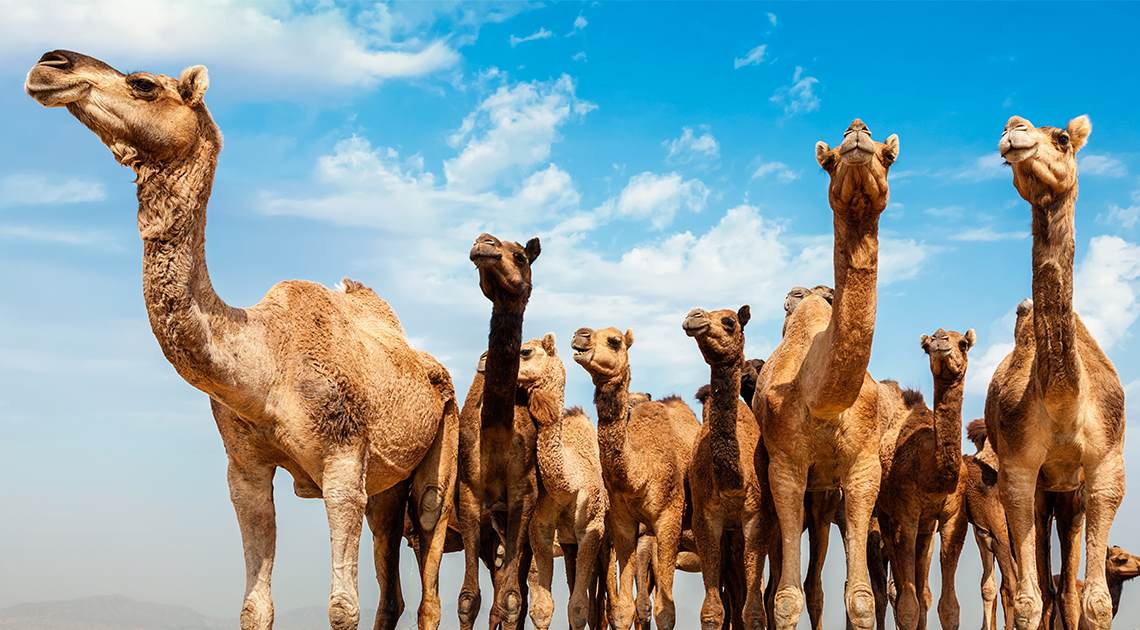 On March 3, 1855, Congress allotted $30,000 to the War Department to purchase camels and dromedaries for military purposes. The move was a radical one and proved to be rather successful—that is until the camels were turned into circus attractions at the onset of the Civil War. Many were later set loose and roamed the American Southwest for decades. 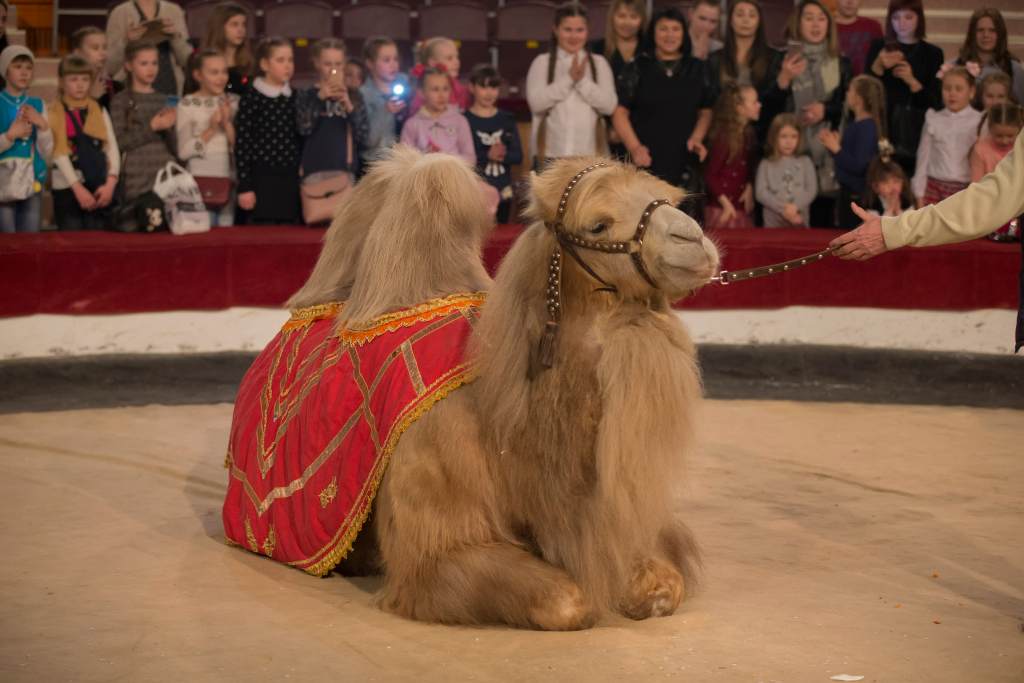 Secretary of War Jefferson Davis secured the money for the idea, which had been percolating for years among a couple of military officials. Within a few months of receiving funding, Major Henry C. Wayne of the Quartermaster Department and Lieutenant David Dixon Porter sailed across the world to find the best camels for the job. The men spent five months traveling to Tunisia, Malta, Greece, Turkey, and Egypt before finally settling on two Bactrian, 19 dromedaries, 19 Arabian, one Tunis, one Arabian calf, and one Tuili or “Booghdee” camels.

The camels cost about $250 each. They were loaded on the ship Supply on February 15, 1856, and arrived in Indianola, Texas, on May 14 following a difficult three-month journey involving heavy storms. After a few weeks of rest on dry land, Wayne led the heard 120 miles away to San Antonio and eventually Camp Verde, where the animals would begin their new lives in a corral nearly identical to the ones in which they lived in Egypt and Turkey.

Wayne quickly proved how useful the camels could be. He demonstrated that they could haul supplies significantly better than horses and mules. For example, it took mule-drawn wagons almost five days to travel to San Antonio and back with 1,800 pounds of oats. The camels made the same trip in just two days with more than twice the amount of oats.

Wayne and civilian drovers taught soldiers how to work with and care for the camels. The hardest thing for the men to get accustomed to was the animal’s odor. While they didn’t stink any more than horses or mules, the smell was unusual and not something they were familiar with. 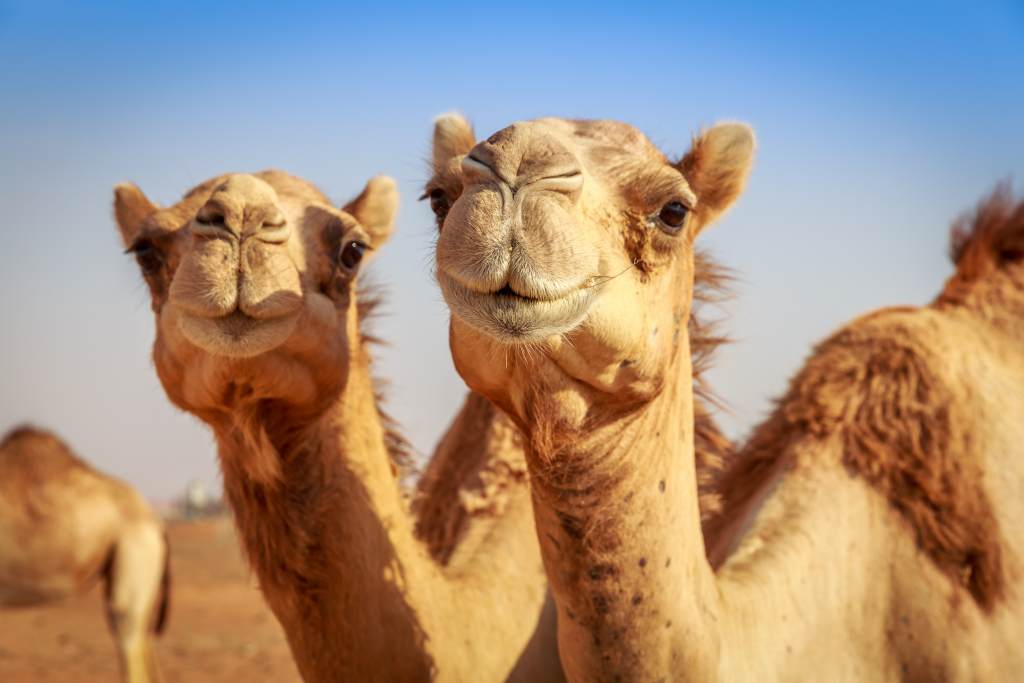 By 1857, the heard had grown to 70 strong after Porter traveled again to Egypt to bring back more camels for the program. When James Buchanan became president later that year, he made some changes in the administration, and Wayne was forced to return to Washington, D.C.

The camels sat idle for some time before they were employed to help survey land for a wagon road from Fort Defiance in the New Mexico Territory to the Colorado River near the California and Arizona border. Edward Fitzgerald Beale, the former Superintendent of Indian Affairs for California and Nevada, was tasked to lead the survey. He strongly opposed including the camels in his envoy, yet he relented under the command of the new Secretary of War, John B. Floyd.

The camels initially struggled in their new roles after languishing for months at Camp Verde. But they eventually proved their value by traveling much farther and faster than horses and mules while carrying 700-pound loads. They easily navigated hazardous terrain, didn’t require much drinking water, were impervious to the heat, and “delighted” the men with their captivating personalities. At one point, they were used to locate a watering hole, saving the lives of the entire crew.

Beale’s opinion about the animals completely changed during the four-month, 1,200-mile journey. He was continually impressed by their abilities. Even crossing the Colorado River was not a problem for the animals (meanwhile, two horses and 10 mules drowned). 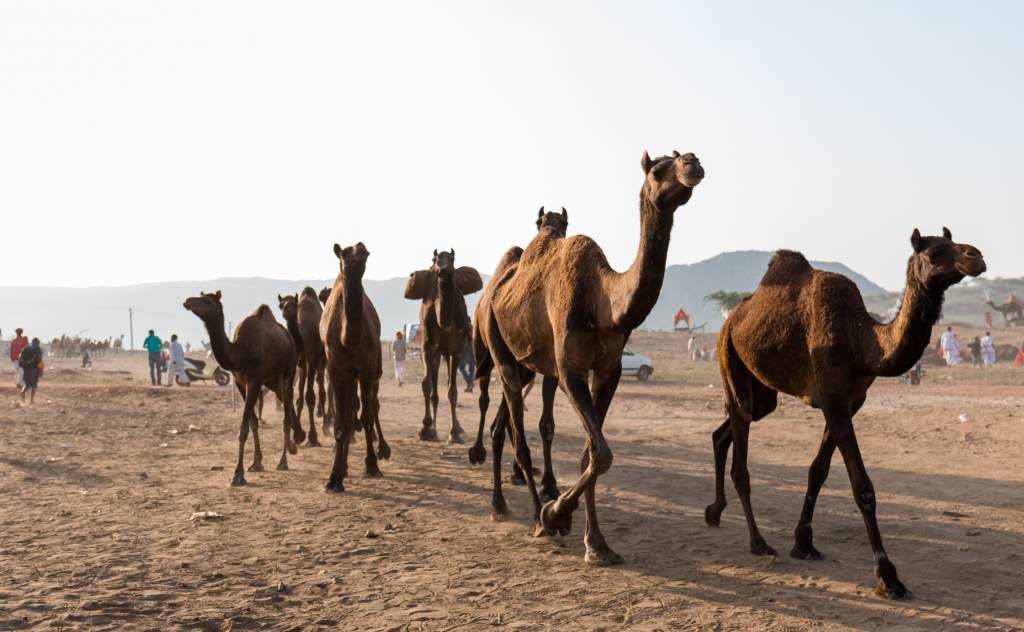 The camels were later used by Beale’s business partner Samuel A. Bishop to haul freight to his ranch near Fort Tejon, Calif. When Bishop was threatened by Mohave Indians, his men rode the camels to deter them, making it the only time the ungulates were used in combat.

The camels were also used to carry supplies to Army outposts, deliver the mail, and rescue snowbound travelers. However, the animals were unsuccessfully paired against mules to test their speed for an express service. The Army determined they were good for hauling goods but not if they had to do so quickly.

The camel program ended during the start of the Civil War. Confederate troops overtook Camp Verde on Feb. 28, 1861, and abused the camels after using them to transport salt and deliver mail near San Antonio. Several died.

The remaining camels in California and the ones from Camp Verde were eventually sold at auction because caring for them became too costly. They turned into circus attractions, were relocated to zoos, or worked as pack animals for miners and prospectors.

Unfortunately, their novelty soon wore off and many camels were set free in the deserts and plains of the Southwest. It’s believed the last of the U.S. Army camels died in 1934 in Griffith Park, Los Angeles. The camel named Topsy was reportedly 80 years old. However, people reported sightings of the animals in desert areas for many years after, with verified reports in the 1940s and one in 1956.

Next post Johnny Appleseed Is Just A Myth, Right?