18 years ago, “Carbon Copy” made history.

It all started with a team of researchers at Texas A&M University that was commissioned by a pet-cloning company called Genetic Savings & Clone Inc. The company wanted to start a dog and cat cloning company after Dolly the sheep proved that mammal cloning could be done. Dogs were proving difficult to clone, so some of the researchers focused on cats.

“Carbon Copy,” the kitty in question, was born as an experiment conducted 18 years ago and was meant to set the stage for the pet cloning industry. But the experiment didn’t go as planned. Despite the idea that cloning is a form of duplication, CC, short for “Carbon Copy,” hardly looks like the original cat from whom she was cloned.

The team began by extracting the nuclei from skin cells of a grey cat. Then, using a method called somatic cell nuclear transfer (SCNT), they transferred the somatic cell nucleus—which contains almost all of the DNA of an animal—into an egg cell with the grey cat nucleus. The resulting cell has nuclear DNA from only one “parent,” rather than a combination of alleles from a mom and dad.

As one can imagine, cloning is a delicate process. Unfortunately, when these embryos were implanted, they did not survive until birth. But the research team learned from this setback and continued to move forward with trials and experimentation. When spaying a calico named Rainbow, the scientists took some ovary cells—not to be confused with eggs—and used those nuclei. After several attempts and repeated failures,  their hard work eventually came to fruition and a clone was born. 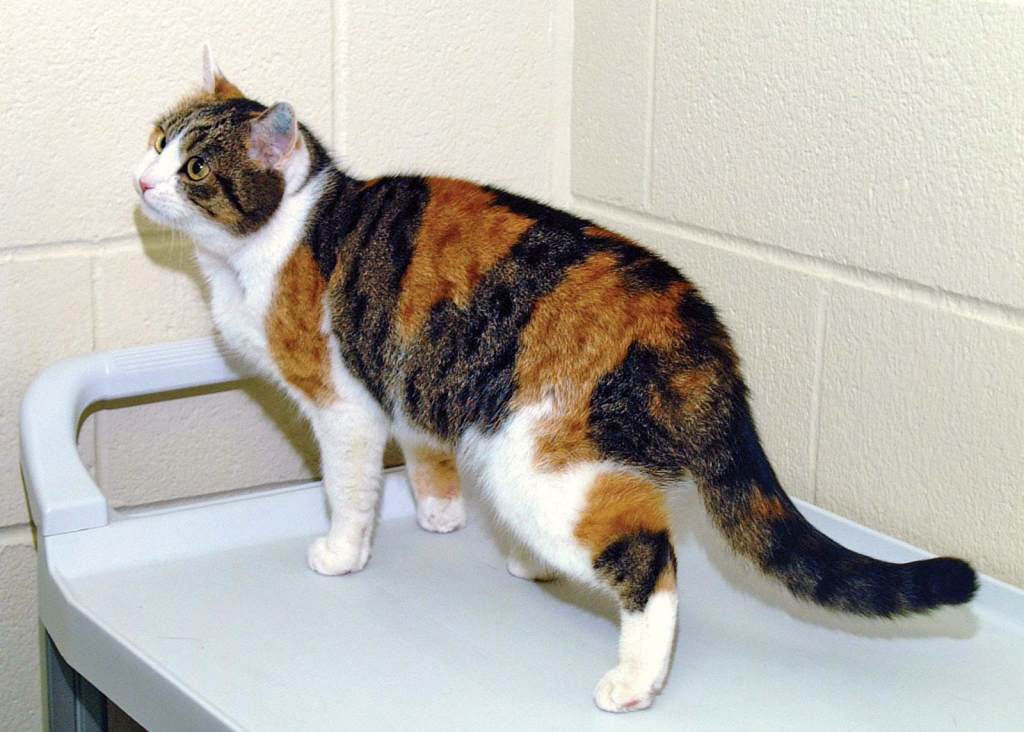 However, something was off. The new kitten wasn’t quite a duplicate of Rainbow. She wasn’t the same color as the original cat. Rainbow was a calico, with grey and orange spots; the new kitten, now known as Carbon Copy, had grey spots with no trace of orange at all.

“We really didn’t think about that happening at the time,” explained Duane Kraemer, who was a team member on Operation Copycat. “We chose Rainbow because she was the next cat to be spayed.” Because the team knew cattle had been cloned using cells from ovaries had been successful, they decided to use the cells that would be removed from the calico anyway. 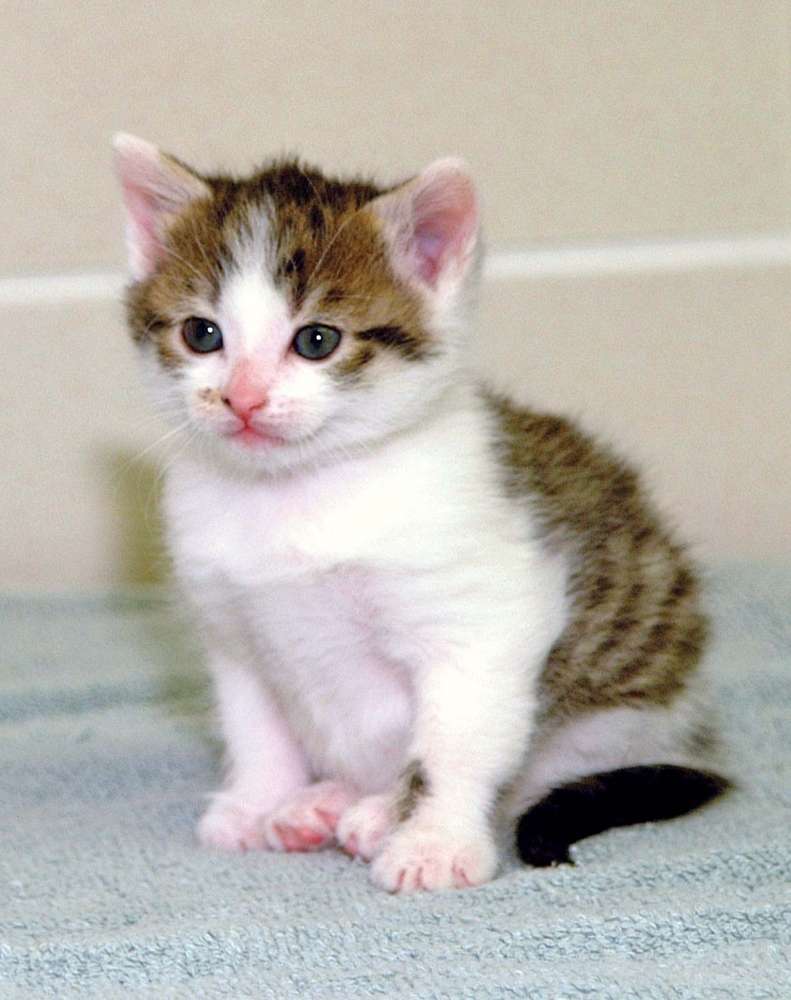 Although the scientists didn’t anticipate it, they believe that there is a reasonable explanation for the physical features of CC: a process called “X chromosome inactivation.”

When selecting a cell from Rainbow, the scientists inadvertently picked one that only had the active gene for grey spots. Thus, a cat with no ability to form orange spots was born.

Later, both Rainbow and CC were adopted by different families. Duane and his wife Shirley took in CC. They built her a multi-level cat house and brought her a male cat to live with. CC gave birth to four kittens, three of whom survived, making CC the first cloned pet to give birth! 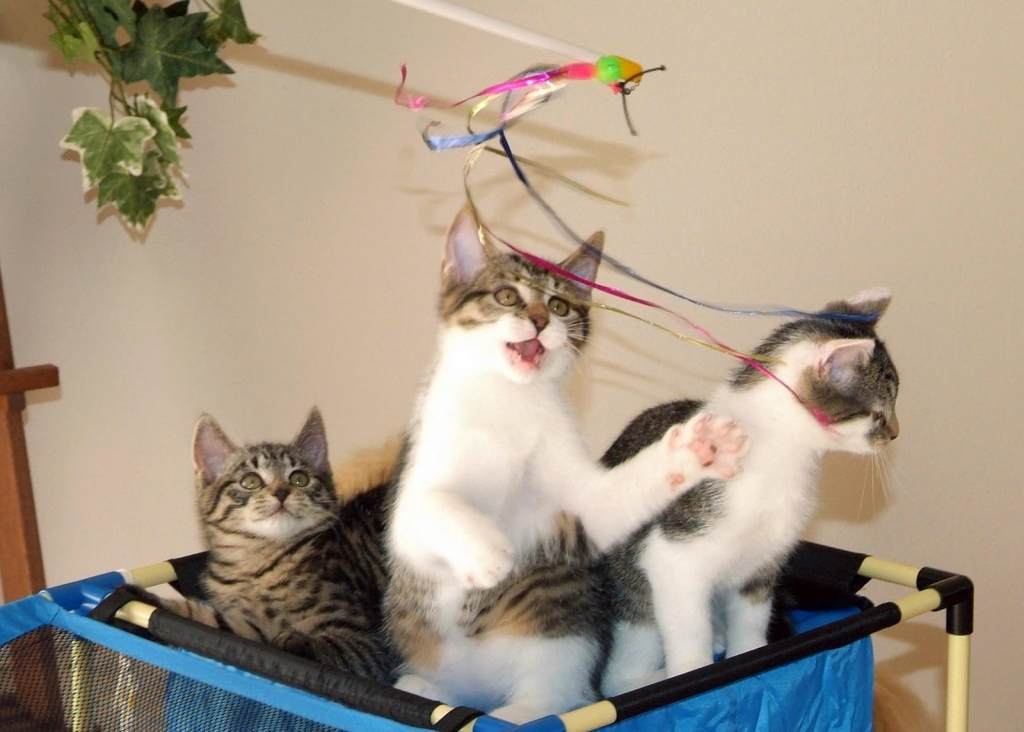 “She’s a very good mother,” Duane explained. “Shirley was concerned, so she got baby bottles and food and so forth thinking CC might not bond with the kittens. But, CC was just a super mother.”

The owners were also somewhat concerned that CC might not be healthy. After all, cloning mammals was a fairly new science, resulting in many questionable births and miscarriages. Dolly, the first cloned mammal to live long enough to get publicity, famously died young.

However, this was not the case with Carbon Copy. In fact, CC still lives with her owners, Duane and Shirley, and the whole cat family. In December, she celebrated her 18th birthday. As indoor cats typically only live 16-18 years, CC is already beating the odds.

Next post Making A Planet Sandwich Using Longitude And Latitude