We hope you haven't been naughty. 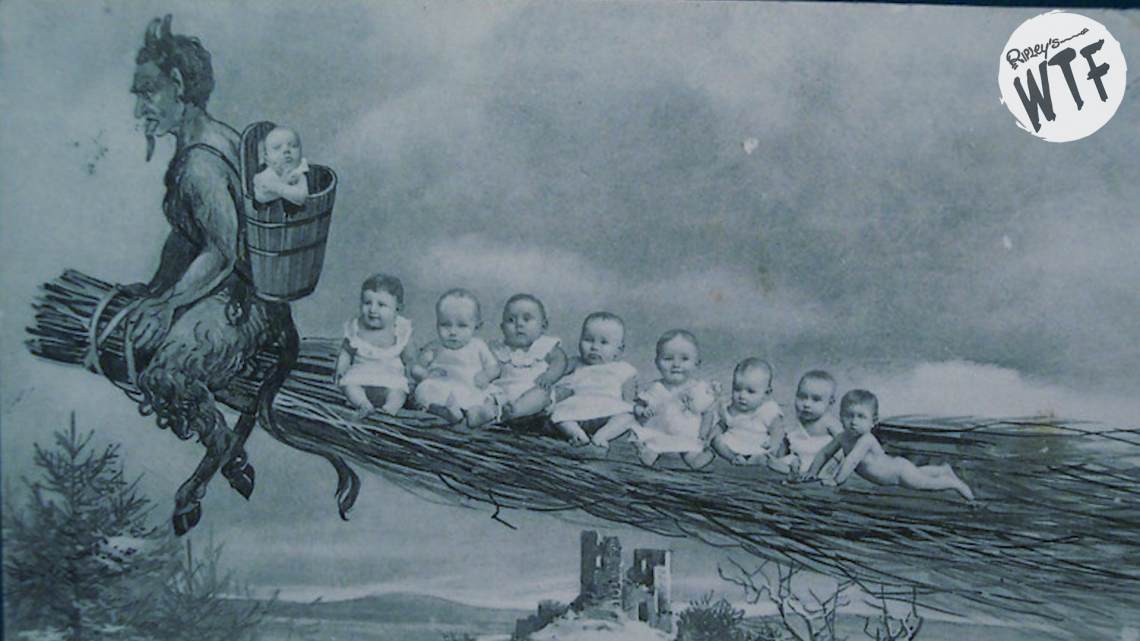 Inspired by elements of various pagan figures in Europe, jolly old Santa Claus has a whole host of strange and scary friends across many diverse traditions. While Santa Claus rewards kids for behaving, most of these other holiday horrors serve to punish naughty children. 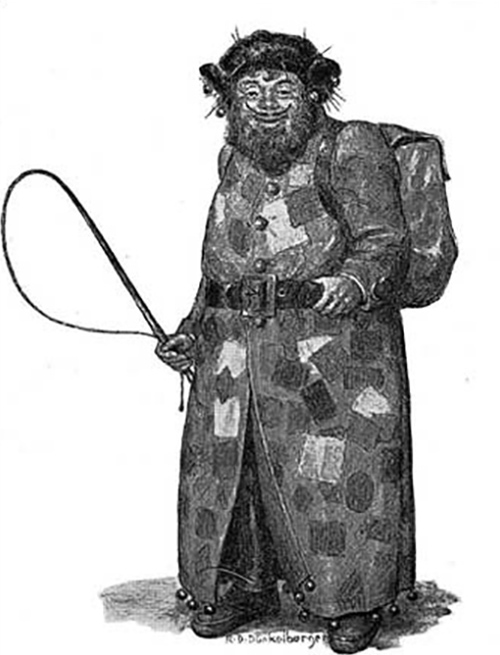 A fur-clad bear of a man wearing grubby clothes, der Belsnickel hails from Switzerland and Germany but is celebrated among America’s Pennsylvania-Dutch as well. Belsnickel arrives unannounced during the winter, knocking on the windows with his trusty switch.

After corralling fleeing children together, he asks each one whether they have been naughty or nice. A straightforward confession of guilt earned them a swat on the knuckles, but a lie provoked his wrath. Once finished with the punishments, he gives them a small gift and then disappears.

An alternative figure for Belsnickel is the Christmas woman. A haunting pale figure, she throws candy on the ground, and as children rush to pick it up, she swats their backs with a broom.

Originating as far back as the Middle Ages in Iceland, the Yule cat gobbles up people who haven’t gotten any new clothes before the New Year. This tradition has its roots in making sure the wool processing was done on time across the country, and that children behave well enough to get clothes for Christmas.

The Yule Cat is supposedly the pet of Gryla the giant, and stands as tall as buildings, allowing it to peer in windows to check that people are wearing new clothes. 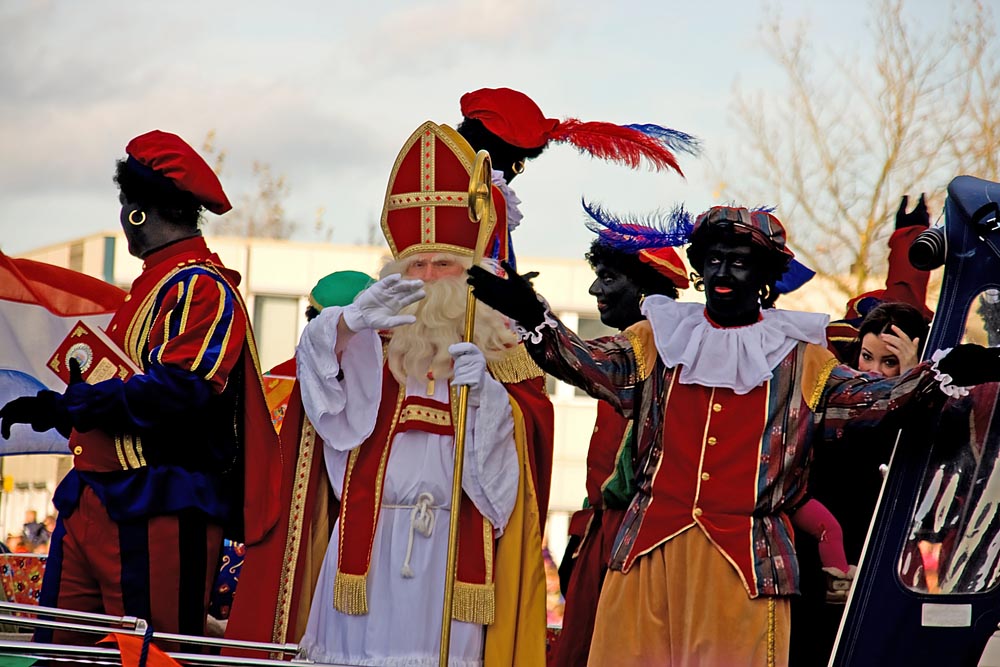 Historians trace his origins to a devil tamed by Saint Nicholas, who would have been covered in ash and soot. Legend has it that Peter will drag naughty children away to Spain.

Celebrated across the Alps, Krampus is perhaps Santa’s most popular counterpart. Krampus is a horned, goat-like devil who carries switches and a sack, scaring children into behaving. While Santa is spreading joy and cheer to children, Krampus is scaring those who landed on the naughty list.

If a flogging with his switches isn’t enough, he may even whisk them away to eat later. 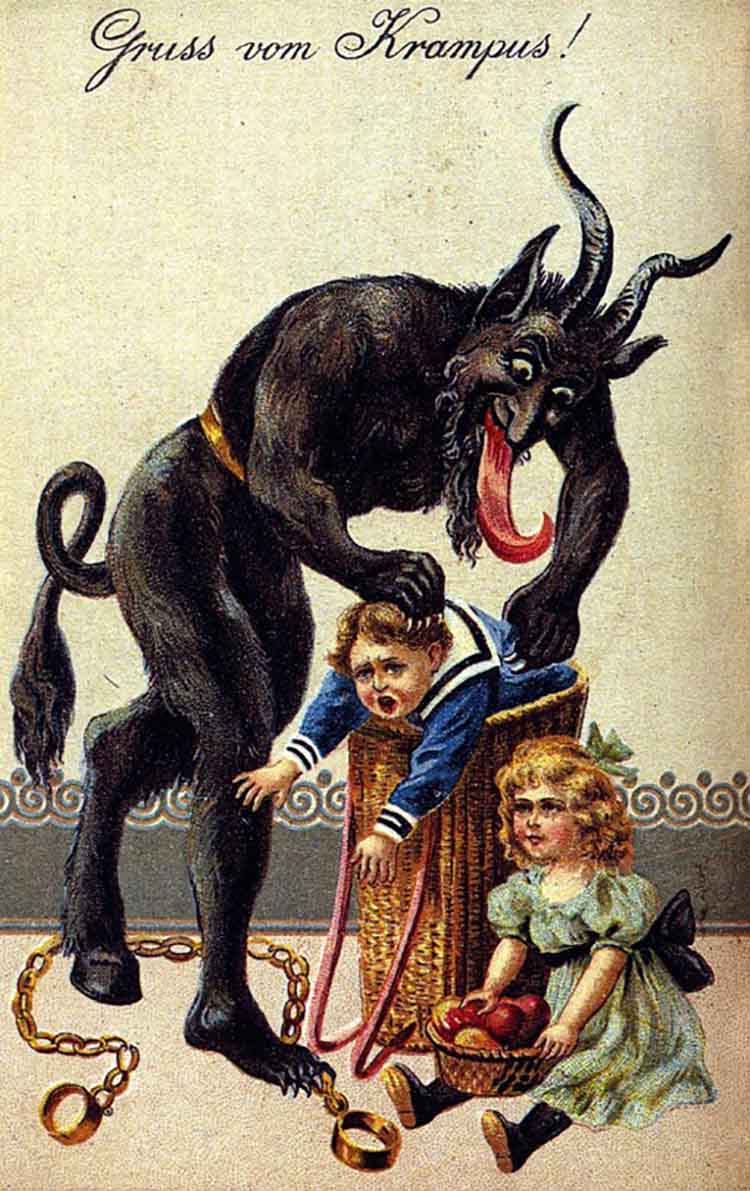 Also known as the Christmas witch, Perchta is a shape-changer who enforces a strict no-spinning rule during the holidays. If you were well-behaved, she might leave you a present, but if you went against any of the season’s traditions—such as eating something other than fish and gruel—she would stuff your stomach with straw. 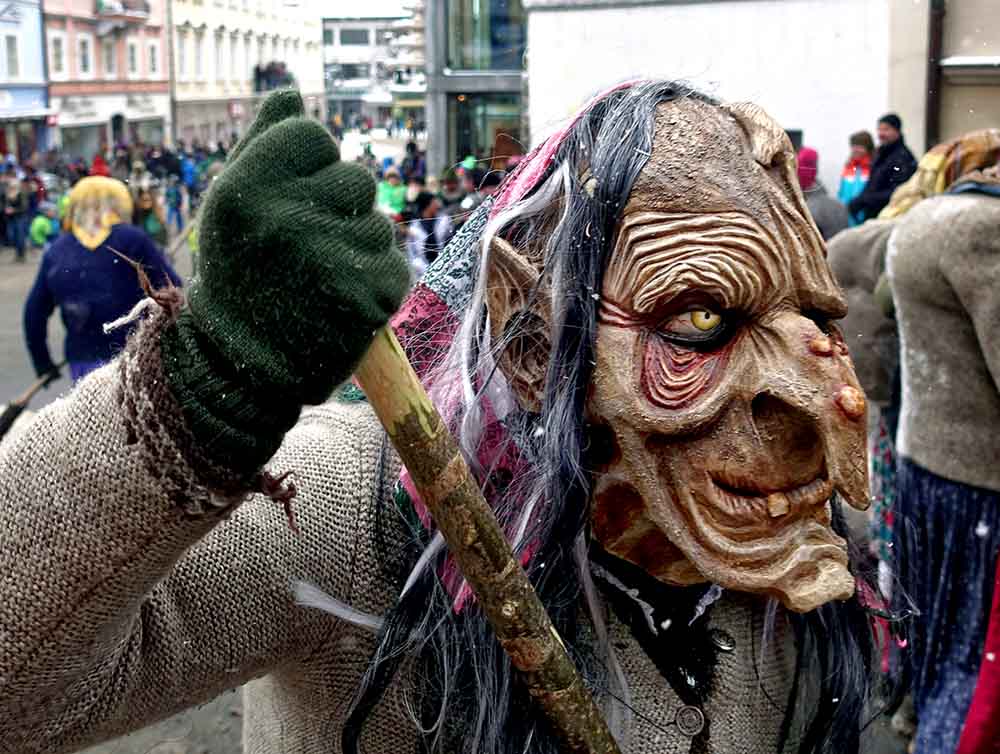 Next post Celebrating 101 Years of Ripley's Believe It or Not!