Having eaten everything, even the leather of their shoes, there was only one food source left. 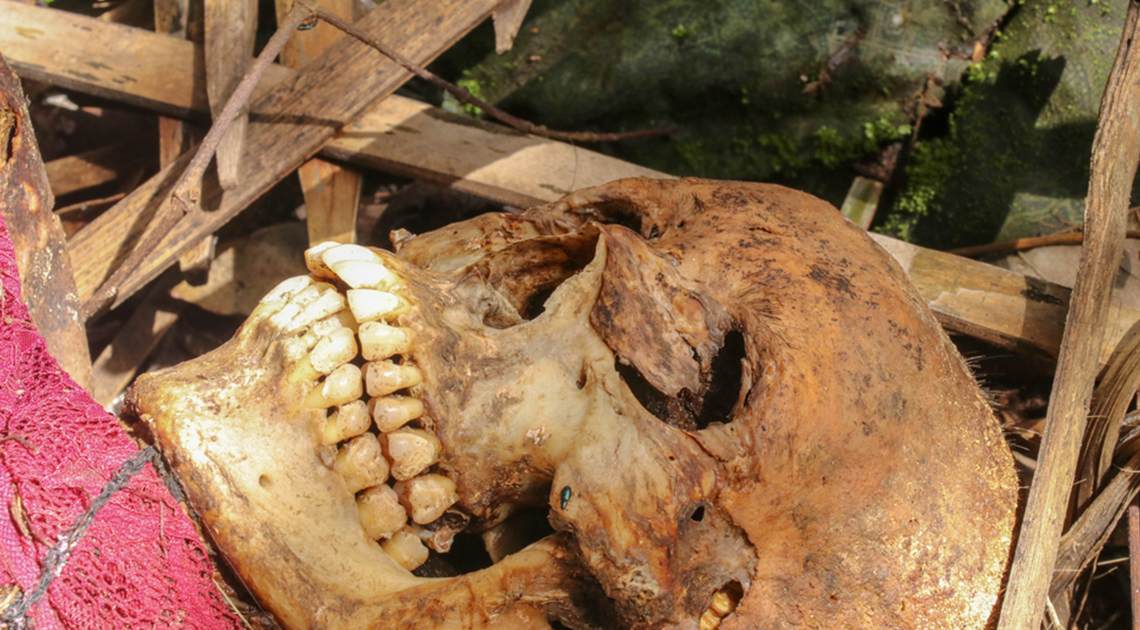 They say that fact is stranger than fiction. And when this actually proves to be the case, the story never disappoints. Cannibalism is arguably one of the most intriguing topics when it comes to the facts outweighing the fiction. From rituals throughout history to true horror stories, cannibalism has remained a taboo topic. But aside from the gruesome nature of this act, only two Americans have ever been considered to have legitimately been jailed for cannibalism: Albert Fish and Alferd Packer.

Born in January 1842 in Allegheny County, Pennsylvania, Alferd Packer lived an unspectacular life until the 1860s, during which time he joined and fought for the Union in the Civil War. Honorably discharged on two separate occasions, after seizures caused by his epilepsy, he struggled to make a living at a variety of jobs before turning to the gold rush for an attempt to make a quick fortune in Colorado—but this was no easy street. A tragedy during his short-lived career as a prospector would go on to dub him one of the most controversial characters in Colorado history. 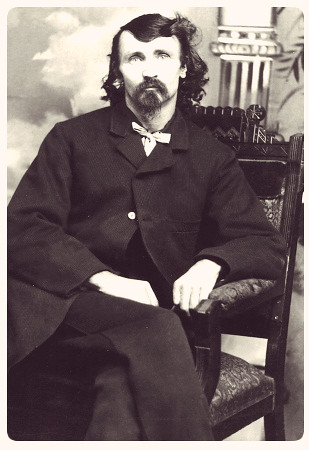 In 1873, during a harsh winter, he and five companions—Israel Swan, Shannon Bell, George Noon, Frank Miller, and James Humphrey—set out to the San Juan Mountains in search of California gold. As conditions became worse and the length of their journey stretched on, the men slowly began to starve after running out of supplies. Having eaten everything down to the leather of their shoes, there was only one desperate source of sustenance left.

In what he called an act of self-defense, Packer killed one of his companions, Shannon Bell. Packer claims that the group of men became so hungry out in the brutal storm that Bell desperately came after him with a hatchet. To avoid being killed himself, he had no choice but to turn on Bell.

Packer claimed that the rest of the group was already dead, with some of their flesh missing, when he found them after the fight. Some accounts even suggest that Bell himself had been cooking the remains of their companions when Packer came across him. Finishing the job that Bell supposedly started, Packer claimed he was forced to eat the meat off of the other men, rather than starve to death.

Later investigations into the matter have been inconclusive as to which of the two men killed the others (a bullet hole found in a skeleton, believed to be Bell, didn’t appear to match with Packer’s story of how he shot his supposed attacker), but one thing’s for certain: Packer partially ate their flesh, as he later confessed during his trial. 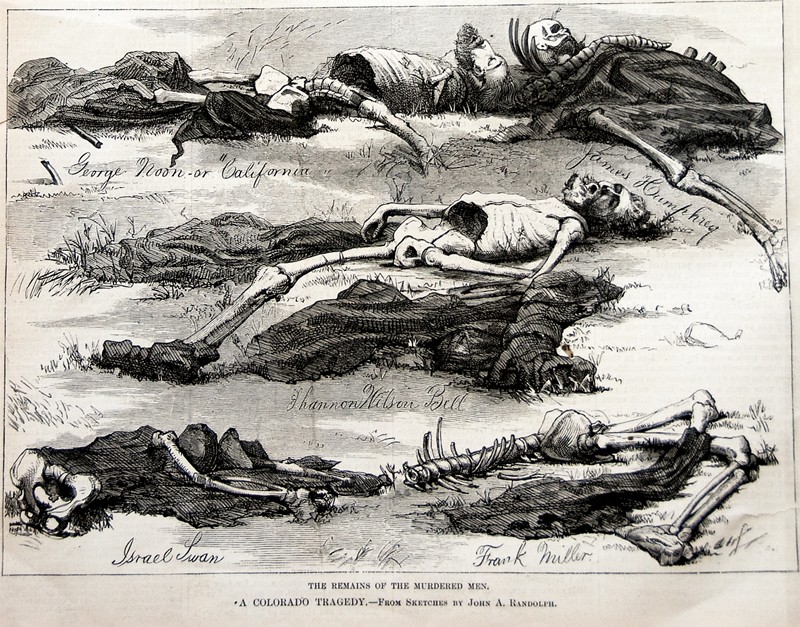 Illustration from an article about Alferd Packer in “Harper’s Weekly”

After emerging from the mountains, Packer gave his account of the terrible events and was arrested. Without even a shred of proof that he hadn’t killed his companions, he was convicted and imprisoned in the town of Saguache.

According to legend, his judge reportedly roared:

“Damn you, Alferd Packer! There were seven Dimmycrats in Hinsdale County and you ate five of them!”

His chilling tale isn’t over yet, though, as he soon escaped his Colorado cell.

Almost a decade after his break out, Packer was finally located in Wyoming, using the alias John Schwartze. After a retrial in Lake City in June 1886, he was sentenced to 40 years in Cañon City’s jail (after a death sentence was reverted by Colorado’s Supreme Court), being paroled in 1901. He then moved to Jefferson County, where he died six years later at the age of 65. Ironically enough, the story goes that he became a vegetarian before his death.

Though he died over a century ago, Packer’s puzzling story continues. He, himself, confirmed that he ate some of his companions’ remains but insisted until the end of his life that he hadn’t killed them (except in the case of Bell). Was the Colorado cannibal also the Colorado killer? We still don’t know!

Packer was awarded parole largely thanks to The Denver Post editor, Polly Pry. Her sympathetic stories turned public opinion in his favor by presenting him as a survivor of a harrowing ordeal, in which he had been forced to consume the flesh of his unfortunate companions to survive. Ultimately, we may never know if he was a vicious killer or a strong-willed survivor, but the dramatically different retellings of the incident certainly add to its fascinating appeal.

Considering his status as a local legend, it’s no surprise that ‘tributes’ to him are rife. The University of Colorado boasts a cafeteria grill dubbed the Alferd G. Packer Memorial Grill. What’s more, South Park’s Trey Parker, who attended the university, created Cannibal! The Musical as a student.

This retelling of his life (and several others) takes all kinds of poetic license with the subject matter, but one thing’s for sure: the story of Packer’s life is as incredible as the wildest story could make it!