Sure, everyday Americans were surprised, but the upper strata of government? Not so much. 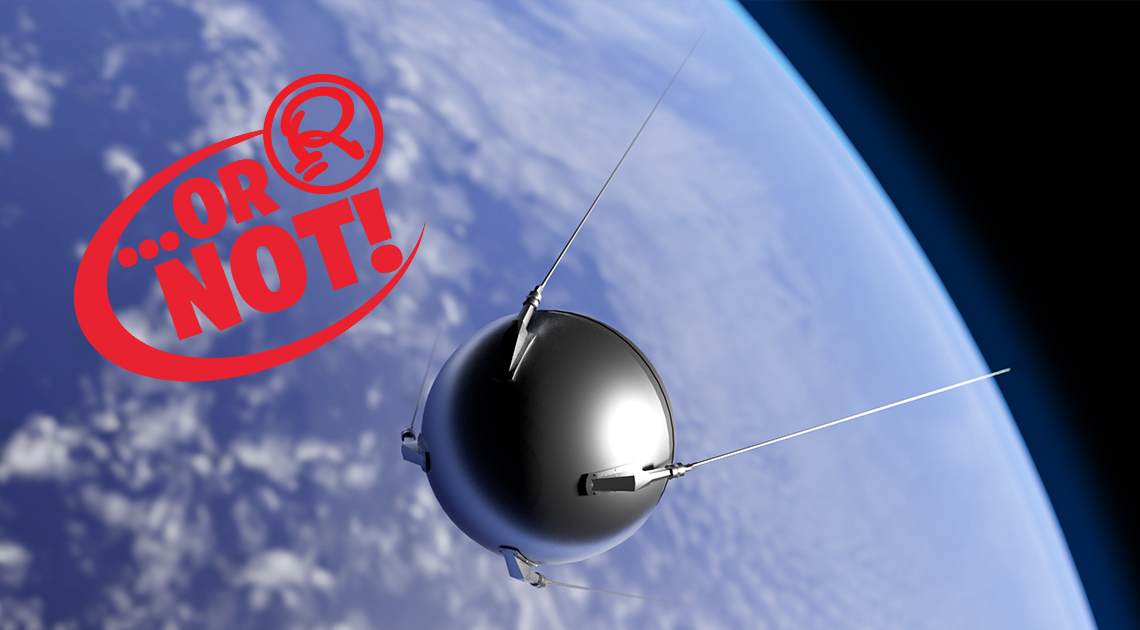 On October 4, 1957, the so-called “Space Race” began with the Soviet launch of the first human-made satellite, Sputnik. The satellite weighed approximately 180 pounds and was little more than the size of a basketball. Yet, it orbited the Earth every 98 minutes, ominously flying across America seven times per day. To say it was a rude awakening to the public was an understatement.

Sputnik made many wonder how close the Soviets might be to long-range missile technology. The kind capable of targeting the US. Still more people wanted to know how long it would take to catch up with this technology. They also questioned how this massive development could unfold without America’s knowledge.

But were the White House, Pentagon, and CIA really caught unaware by Sputnik as the popular narrative claims? Recently released CIA documents paint a different picture. Keep reading to find out more about what these top-secret documents reveal.

The Height of the Cold War

1957 represented the height of the Cold War. Feelings of paranoia and panic ran high. The realization that the USSR possessed satellite technology that traveled 18,000 miles per hour 500 miles above the surface of the Earth felt like a living nightmare.

The horrors of World War II remained a recent memory, just 12 years past. And with Soviet testing of the first atomic bomb in 1949, America appeared to be on the brink of an even deadlier war with its former ally.

1955: The Urgent Need for a Satellite

In January 1955, Allen Dulles, Director of the CIA, addressed a letter to the defense secretary in which he discussed the need for American scientists to launch a satellite. He feared a public relations catastrophe if the Soviets managed to beat the US.

Dulles wrote, “There is little doubt but what the nation that first successfully launches the earth satellite, and thereby introduces the age of space travel, will gain incalculable international prestige and recognition… Our scientific community, as well as the nation, would gain invaluable respect and confidence should our country be the first to launch the satellite.”

In response, Eisenhower announced America’s satellite program in 1955. Yet, behind closed doors, intelligence officials feared that going into space first would tip the Kremlin off to the nation’s advanced military rocket technology. Government officials found themselves between a rock and a hard spot.

The CIA’s Warnings About Sputnik

Documents declassified by the CIA show that senior military officials and the White House not only knew about the Soviet’s satellite program but understood that Sputnik could be launched into space as early as 1957.

Before the launch, the CIA issued two National Intelligence Estimates that outlined potential timelines for a Soviet-launched satellite. By December 1955, one official predicted that the Soviets would launch in 1958. Just six months before the launch, in March 1957, another intelligence official estimated that the Kremlin was capable of orbiting a satellite before the close of the year.

No one could know how real Dulles and the CIA’s concerns were until that fateful day in October. As Dulles predicted, Sputnik was a PR nightmare that caused nationwide hysteria. The public reasoned, as Eisenhower may have privately, that if the Soviets could fly a satellite over US skies, then their nuclear missiles probably weren’t far behind. 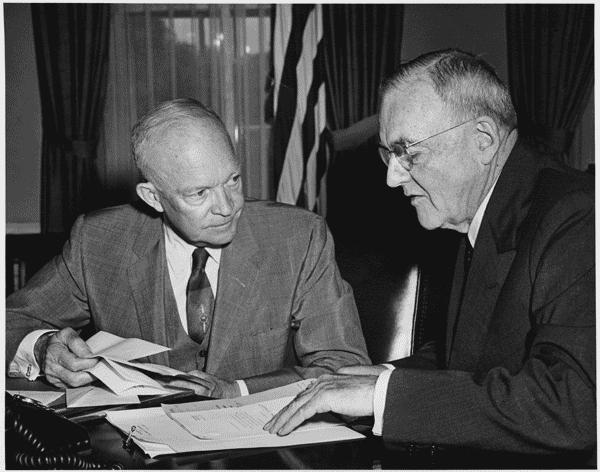 Dulles with U.S. President Eisenhower in 1956

Nonetheless, Eisenhower played his cards close to his chest. He declared, “So far as the satellite itself is concerned, that does not raise my apprehensions—not one iota.”

When the first American attempt to launch a satellite failed, it further stoked anxiety. To avoid drawing attention to their military-grade rockets, American scientists had relied on non-military Vanguard ones, with underwhelming results.

By 1958, Eisenhower created the National Aeronautics and Space Administration (NASA) as well as the Advanced Research Projects Agency (ARPA). While NASA would launch America into the Space Race, the ARPA would ensure that no more technological surprises came out of Moscow. Congress also passed the National Defense Education Act. Its goal? To overhaul public school science curricula.

Clearly, Moscow had the upper hand when it came to the use of science for propaganda purposes in 1957. But this lesson would not go unheeded by the United States. Just a little over a decade later, on July 20, 1969, Commander Neil Armstrong became the first American and man on the moon.