The mask's many faces and horns are wrapped in strips of SKIN.

The inhabitants of southeast Nigeria and western Cameroon—largely known as the Ekoi for their shared spoken language—carved intricate wooden masks that they covered in strips of skin. 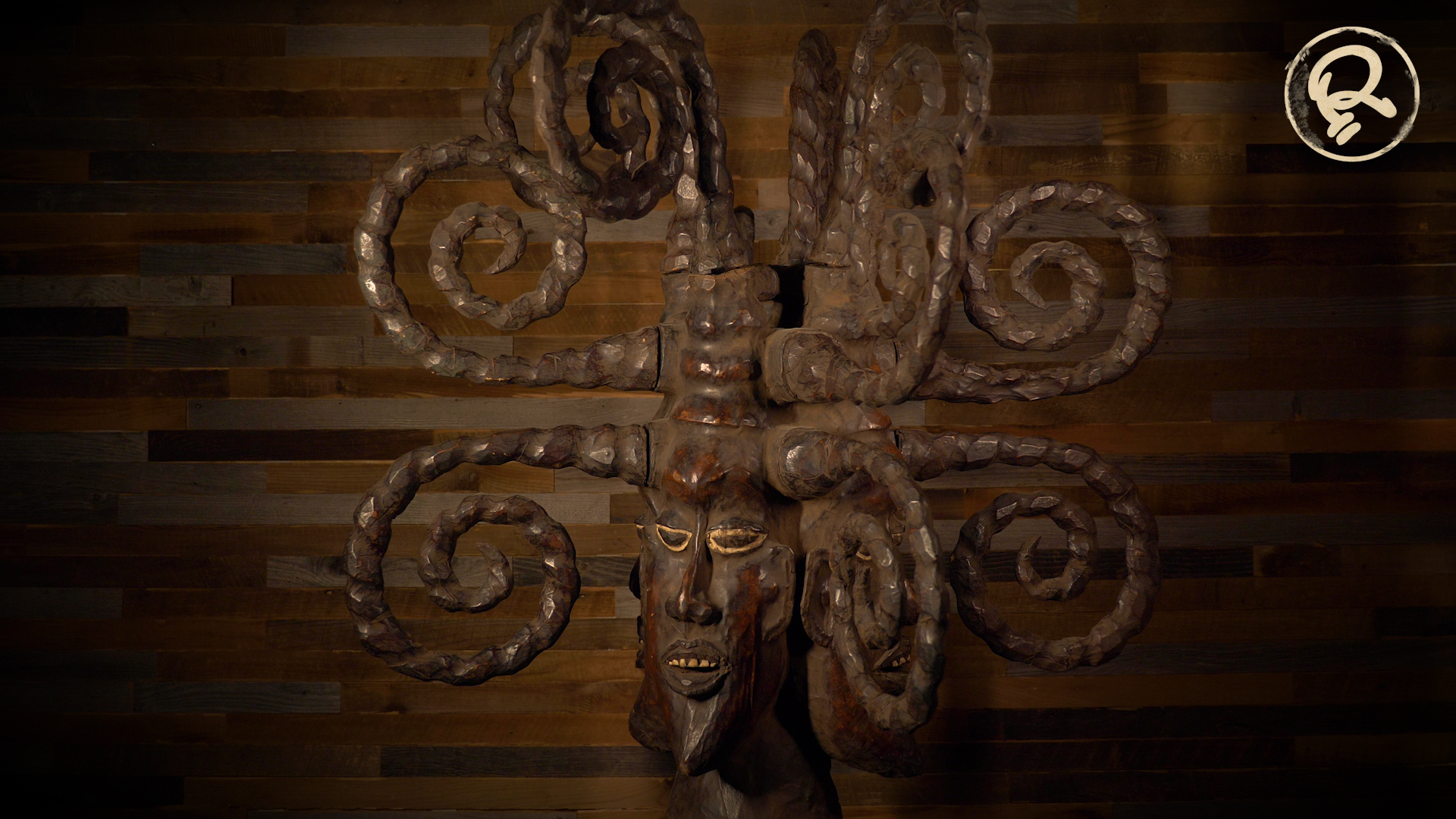 These masks could tower a few feet tall and weigh a few dozen pounds. Small masks were common and worn on the face for rituals and protection, but larger ones were either worn as headdresses or carried on long poles as a type of totem. Skin marks could have multiple faces and horn-like protrusions representing hair. The mask shown here has three faces and 12 horns in total, making it one of the most intricate masks created.

Though a skin mask could take almost any form, they were always covered in skin. Though animal skin was commonly used, some masks have been found to be covered in human skin. The horns of the mask are wrapped in thin strips, while single pieces were stretched over the faces.

The origins of this tradition are veiled in mystery, though members of the elusive Leopard Cult are thought to have begun the unique practice. The Leopard Cult was a secret society active in the 17th-century. Its members were known for wearing leopard skins, and renowned as fierce warriors and sometimes ferocious slave traders.

Though Leopard Cult rituals remain shrouded in mystery, it is known that they held ceremonies for killing fierce animals. Rumors have even circulated about them conducting ritual killings, with some suggesting them as the source for human skin masks. 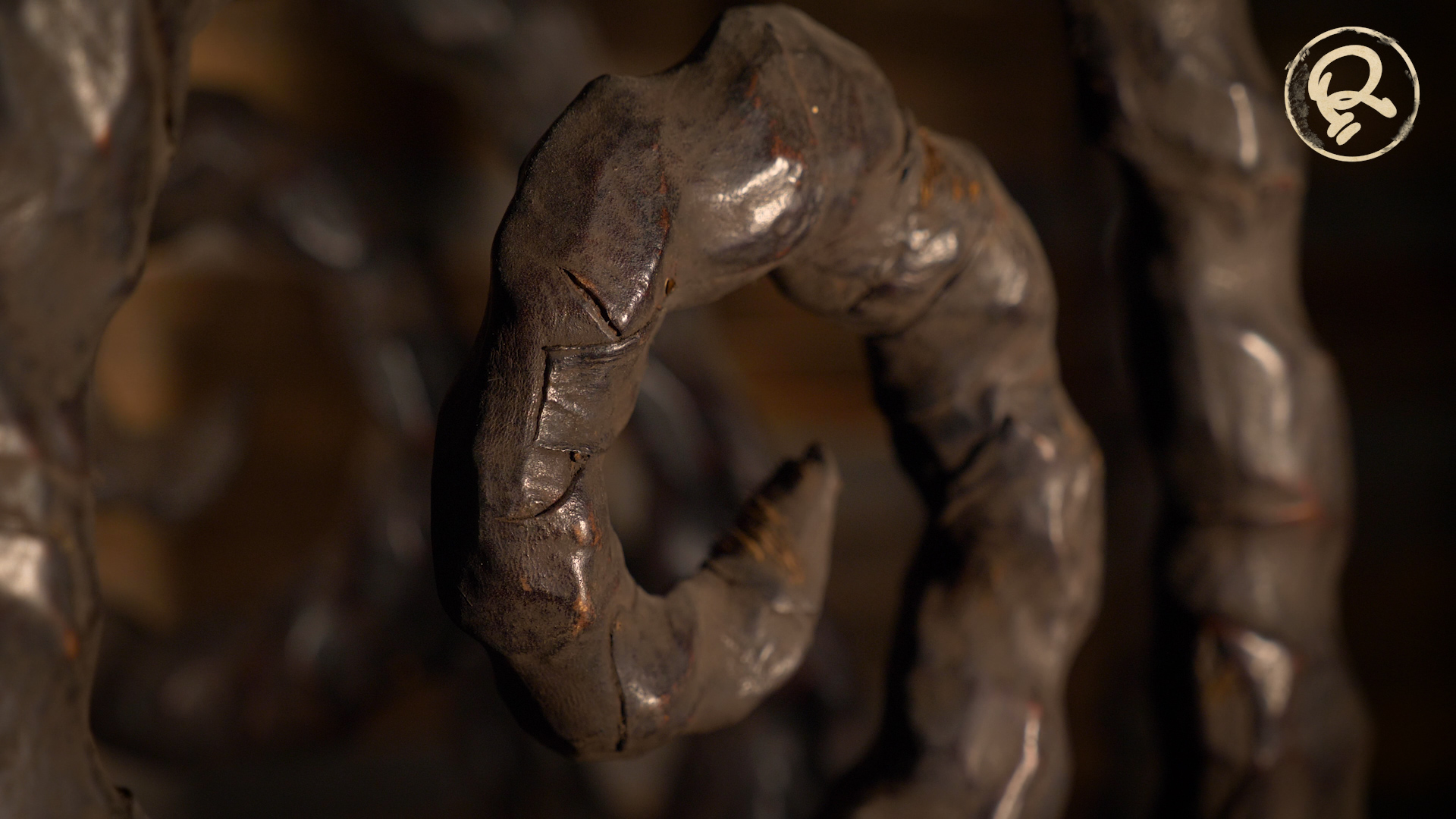 Despite the original intentions of the Leopard Cult, the Ekoi quickly made skin masks their own. The intricate totems were traded across Africa. Shamans would carry the masks to preside over rituals, believing they protected them from the forces of evil spirits.