Visitors at Arizona's Wupatki National Monument were in for a spooky surprise this week when torrential rain summoned hundreds of creepy three-eyed critters from the great beyond. 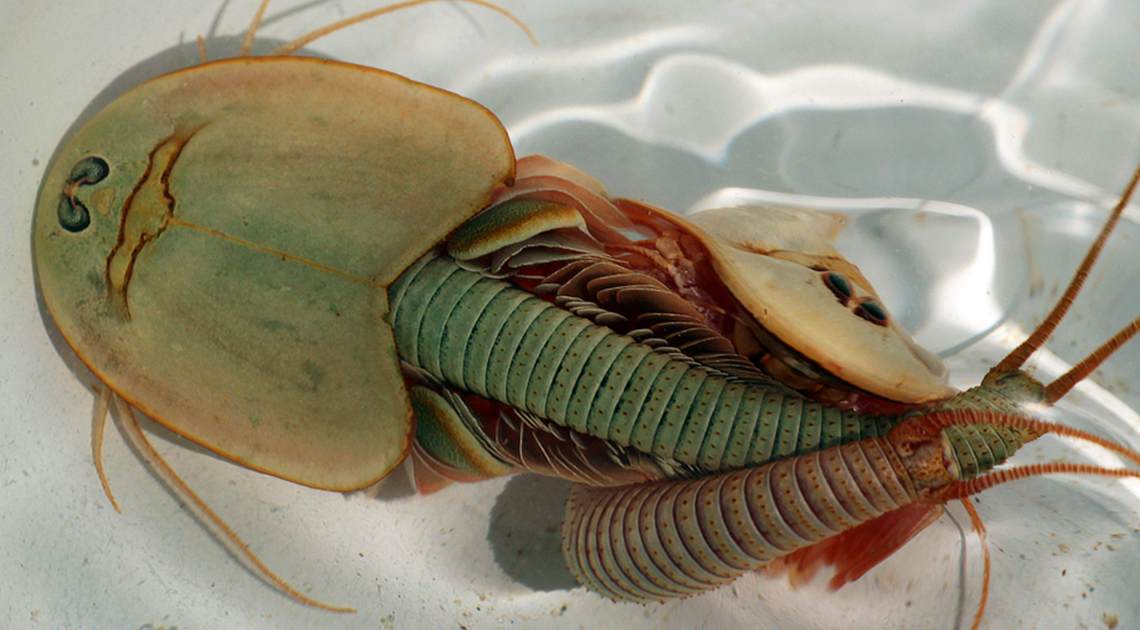 Visitors at Arizona’s Wupatki National Monument were in for a spooky surprise this week when torrential rain summoned hundreds of creepy three-eyed critters from the great beyond.

It took a doozy of a summer storm for hundreds of Triops, described as “mini-horseshoe crabs with three eyes,” to hatch and take a dip in the pop-up lake in the northern Arizona desert.

At only one and a half inches long, what Triops lack in size, they make up for in quirkiness. These tiny “dinosaur shrimp” reside in the desert, where they can lie dormant for decades on end until there’s a strong enough monsoon to bring them to life in the temporary waters. 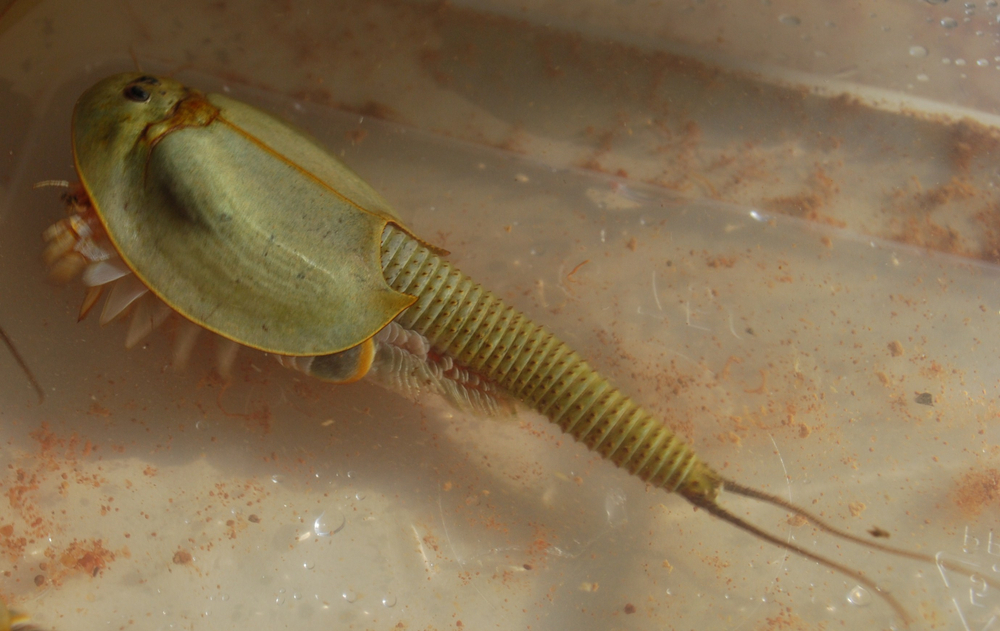 They emerge from their eggs sporting tiny carapaces that resemble a helmet, with two large compound eyes and a smaller simple photoreceptor eye between them, which helps them detect light.

It’s not every day that Triops appear in the wild; in fact, it’s so rare that staff didn’t even know what to make of tourists’ reports of a tadpole sighting in the monument’s historic ball court following a downpour in July.

According to the monument’s lead interpretation ranger, Lauren Carter, the reports initially led staff to wonder if the toads that live in burrows beneath the desert had seized the opportunity to lay eggs while the ground was wet.

Upon investigating the ceremonial ball court, a walled circular area built by Wupatki’s Indigenous people, she realized they weren’t dealing with tiny toads at all, but rather something much more interesting!

After scooping one of the tiny relics in her hand, she recalled reports of Triops at her previous position in northeastern Arizona’s Petrified Forest National Park and searched online to confirm her suspicions.

Though the three-eyed crustaceans’ ancestors evolved about 400 million years ago during the Devonian period, long before dinosaurs roamed the earth, these “dinosaur shrimp” cannot quite be considered “living fossils,” like their horseshoe crab comparisons. While their appearance hasn’t changed over the years, they have evolved into two different genera, Triops and Lepidurus, with the type discovered at Wupatki falling under Triops longicaudatus, which are found in the temporary freshwater ponds of North, Central, and South America.

The 5 inches of rain Wupatki experienced in late July was truly incredible, considering the area typically gets around 9 inches of rain each year, with 2020’s total rainfall coming in at a dismal 4 inches.

The Triops rose to the occasion during these two weeks, likely taking mere hours for the helmet heads to hatch and begin filter feeding before cycling through several molts in just a week’s time before starting the next cycle of reproduction. 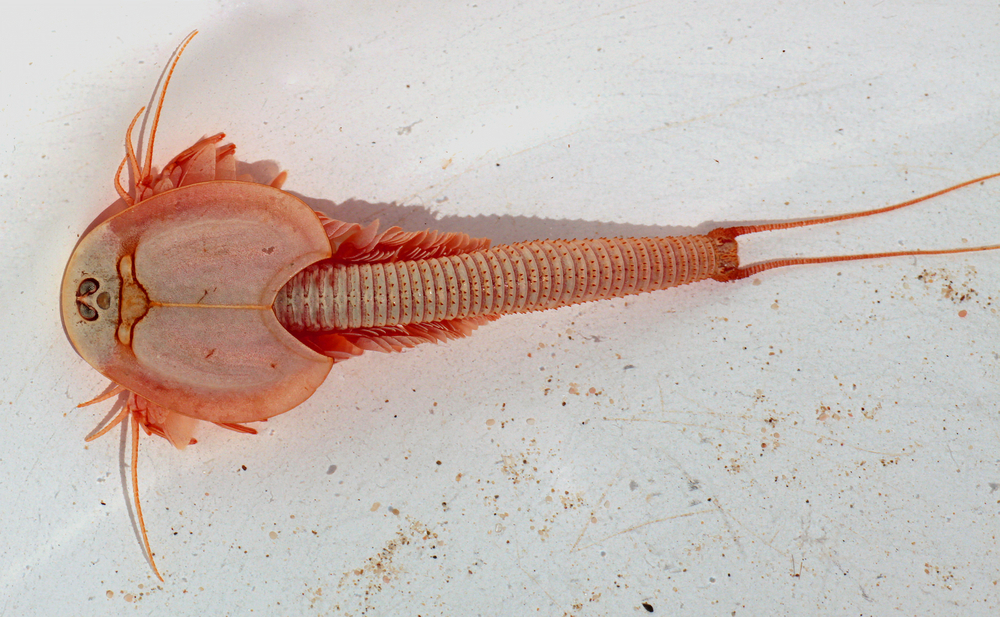 You may want to hold off before booking the next flight out to Wupatki to catch a glimpse of these ancient marvels. Triops take a long time to make their way to the world, but once they’re here, they live fast and die young, only surviving for up to 90 days — with this batch only making it for three to four weeks before ravens and nighthawks swooped down to decimate the population.

We guess we’ll catch the next generation in another few decades!