In 1927 Ed Smith was accidentally sent two registration forms. He decided it would be an epic practical joke to enroll the fictitious person George Burdell. 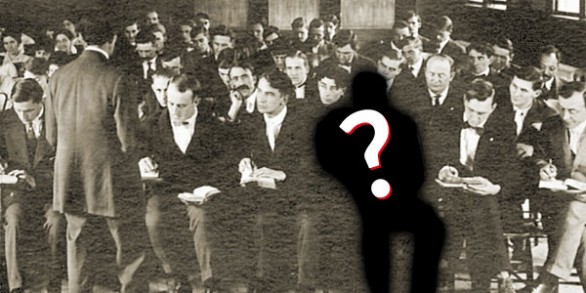 Where it all began

In 1927, Ed Smith was accidentally sent two registration forms for his enrollment at Georgia Tech in Atlanta, Georgia. He decided it would be an epic practical joke to enroll this fictitious person along side with his enrollment. This was but the start of an unbelievable career for “Burdell”. 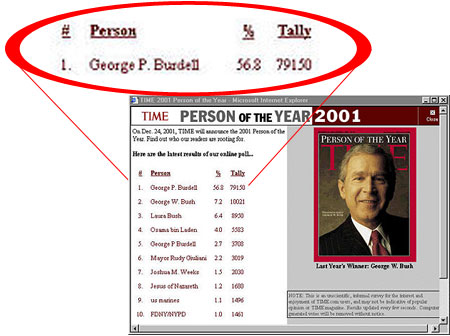 Burdell most notably “earned”  a Bachelors and Masters degree, a stint in the US armed forces, a seat among Mad Magazine’s Board of Directors and even a close race to be Time Magazine’s Person of the Year!

As soon as Burdell was accepted, Smith signed him up for all the same classes he had. Smith would do all schoolwork twice, changing the content and handwriting slightly to avoid professors catching his sham. When he had a test, he would take it twice and then turn it in under both names.

By 1930, Burdell had earned his bachelor’s and, only a few years later, received his master’s degree. He became an official alumnus, even though his name has remained on the active student rolls ever since!

Incoming students are introduced to him as one of the greatest alumni to graduate from the school. Today, Burdell is a GT campus icon, and his name is revered among the students on campus. IYou might catch Burdell in local bars, airports or hotels as students continue to use his name as an alias whenever they don’t want to disclose their real name.

Previous post Burned at the Stake: A Retrial for a "Witch"