A New Giant Slimy Species Is Found, and It’s Frightening

Your eyes can't slide away from this. 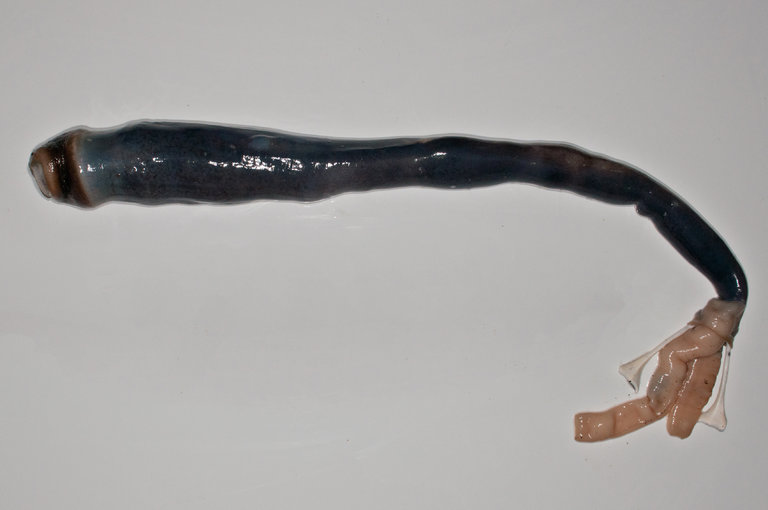 In the depths of the Philippines, tucked away in a tusk-like shell, a large and slimy animal has been unveiled. This animal? The giant shipworm.

Giant shipworm shells have been documented since the 18th century; however, researchers never had access to the worms living inside. Known scientifically as the Kuphus polythalamia, these giant shipworms belong to the bivalve mollusks family, otherwise known as mussels, oysters, and scallops.

Their tube-like shell is made up of calcium carbonate.

The Giant Shipworm can easily reach three to five feet!

You can find these grotesque beauties planted in a shallow lagoon, immersed in the mud. Sounds like a day in paradise if you ask us.

Since the giant shipworms live in this habitat, it will use bacteria from the mud to feed. Oh, and you know what the most delicious part of their meal is? The sweet scent of rotting eggs! The reason for the smell is that the mud they live in emits hydrogen sulfide. The sulfide is vital to their existence. You see, the giant shipworm’s gills use it as energy to produce organic carbon that they feed off. The process is similar to how green plants use sunlight in the process of photosynthesis.

The giant shipworm’s digestive system is significantly smaller when compared to its family members. One study does show that this fascinating creature once lived off sunken wood, but eventually moved on to hydrogen sulfide that is found in decaying wood. 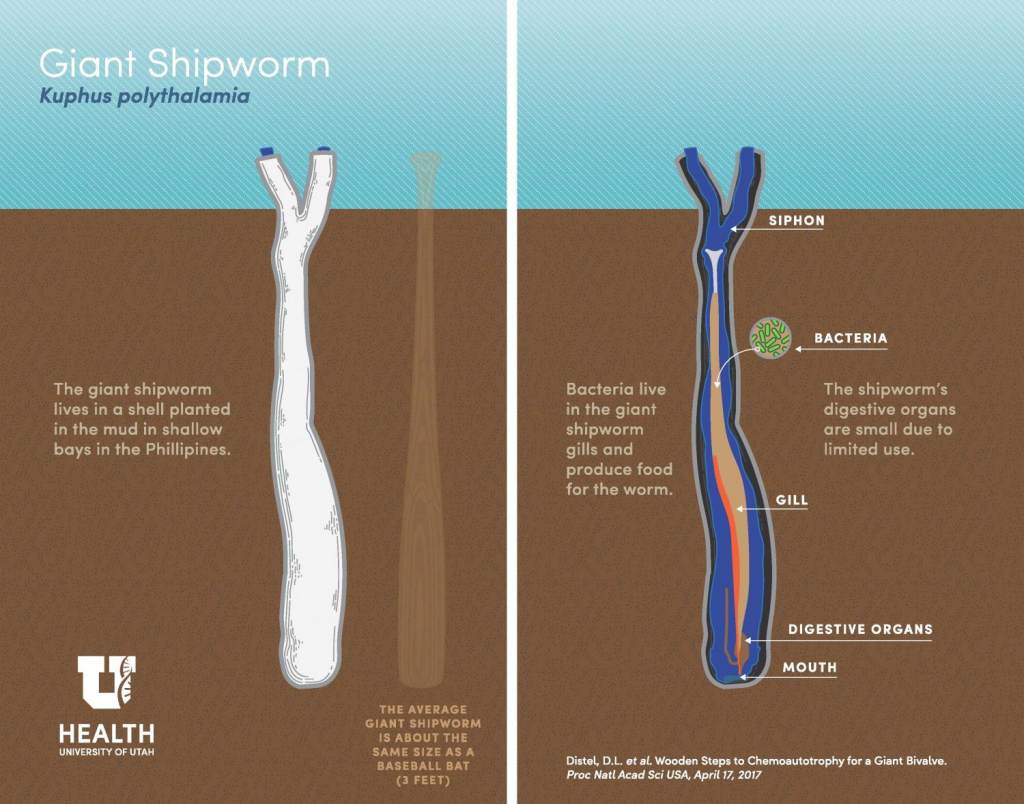 Infographic of the Giant Shipworm CC University of Utah

The reason why researchers are elated over this discovery is that it allows them to understand the evolution of marine animals through the years. While there are many more studies to be conducted, what’s important is how these creatures can live with bacteria in their cells and not die. It could help us understand infections a slight bit more and also change the way we use our medicine.

Previous post We Welcome You to the Winchester Mystery House