Meet the Oregon Farm that Specializes in Goat Yoga

There's a farm in Oregon where you can practice goat yoga. It's not where goats do yoga, unless they want to, it's where people do yoga around goats. 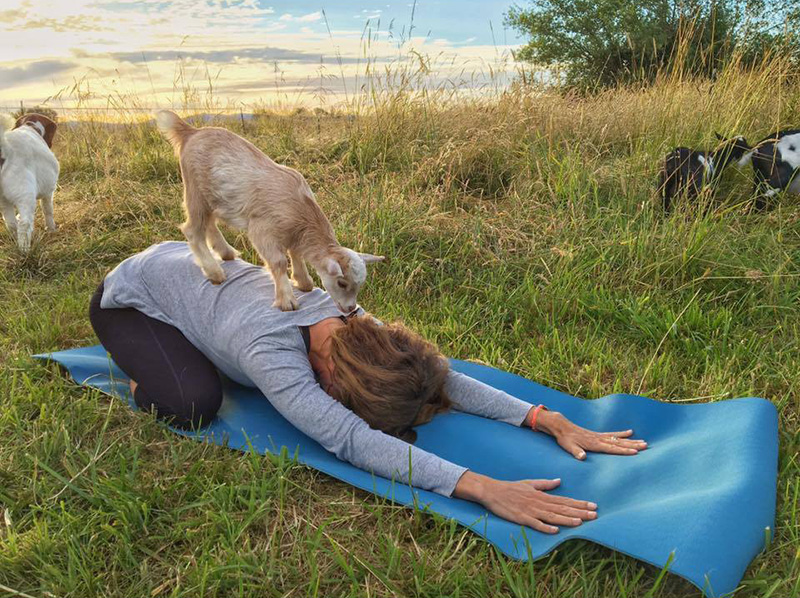 Teaching goats to do yoga would be a feat. I imagine it would be a bit of a cash cow, also, with farmers lining up to get limber and relaxed goats. But at the Oregon farm that offers goat yoga classes, it’s not the goats exercising so much as people exercising around goats. 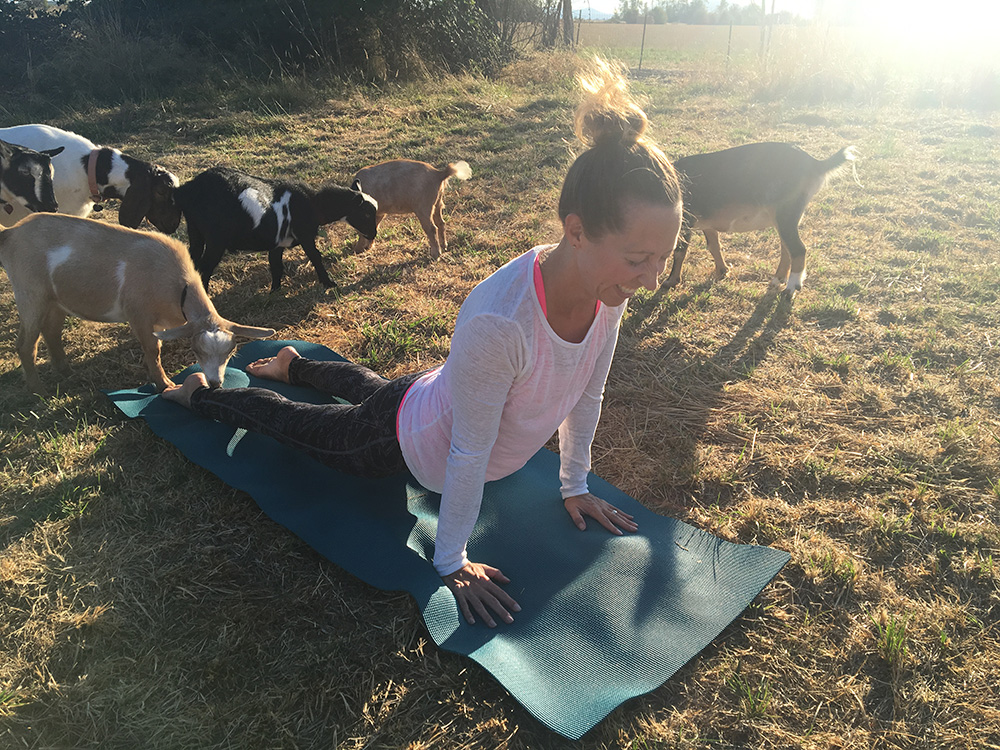 Located in Willamette Valley, Oregon, No Regrets Farm is owned by Lainey Morse. Initially, Morse was hosting a children’s birthday party at the farm. The child’s mother was a yoga instructor, and the idea hit her. She asked Morse if she could host a yoga class in the field.

Here’s Looking At You, Kid

The idea was an overwhelming success. People drove in from over 100 miles away in Portland to participate in the unique class. They enjoyed themselves so much that many of them admitted they’d gladly make the commute weekly for the experience. 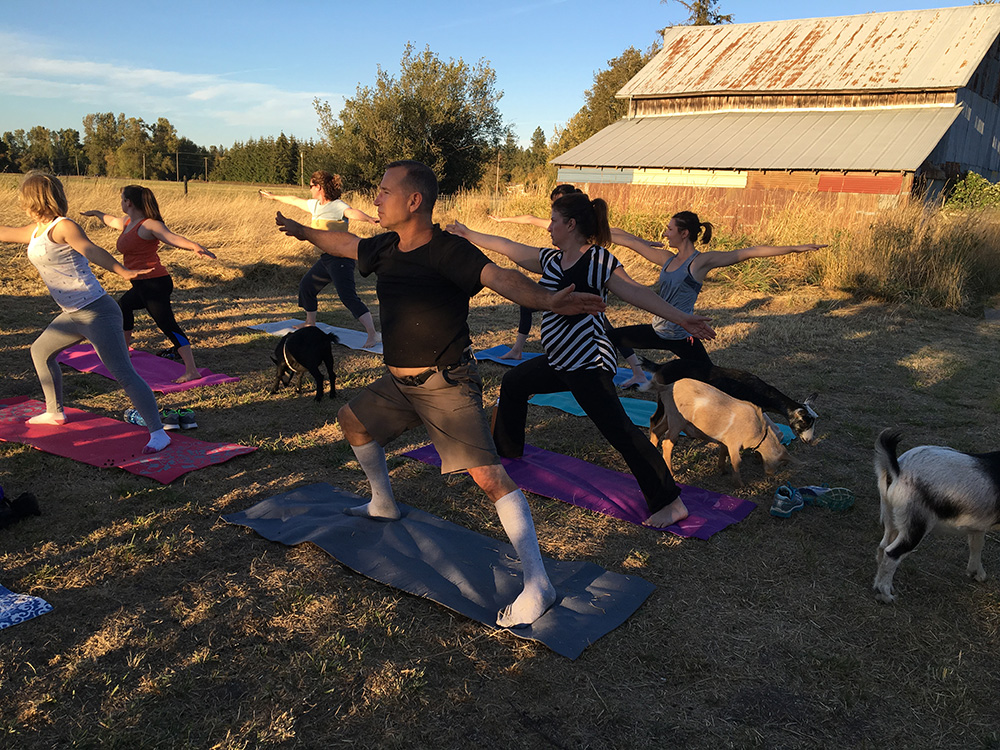 To an outsider, it seems like an odd combination. Yoga is meant to be a quiet, meditative experience. And a quick search of YouTube will show you that animals and yoga don’t really mix. So what makes this combination work so well?

I think everyone that participates welcomes the interruptions from the goats. They just want to be petted and loved on and since they’re calm animals, they seem to go well with Yoga.

Whatever the reason, Goat Yoga has been a resounding success and now Morse has classes booked in advanced. Her waiting list is up to 500 people. Everyone wants to yoga with the goats. 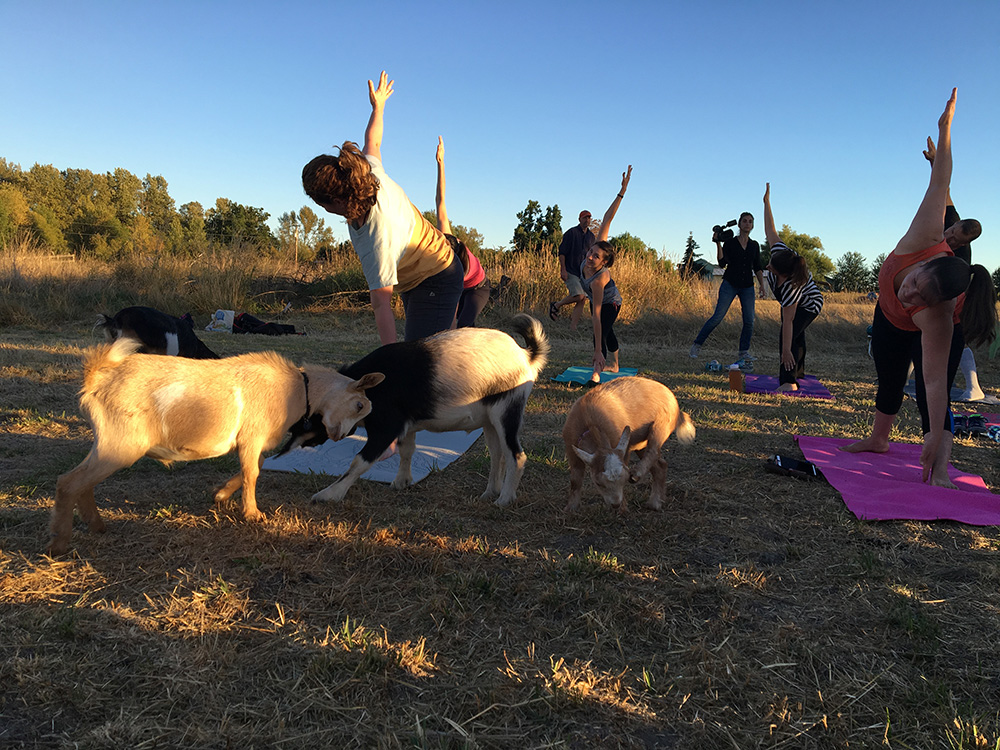 You can find out more about the classes from No Regrets Farm website, and by following them on Facebook.