He never got life insurance, claiming no one would take the risk. 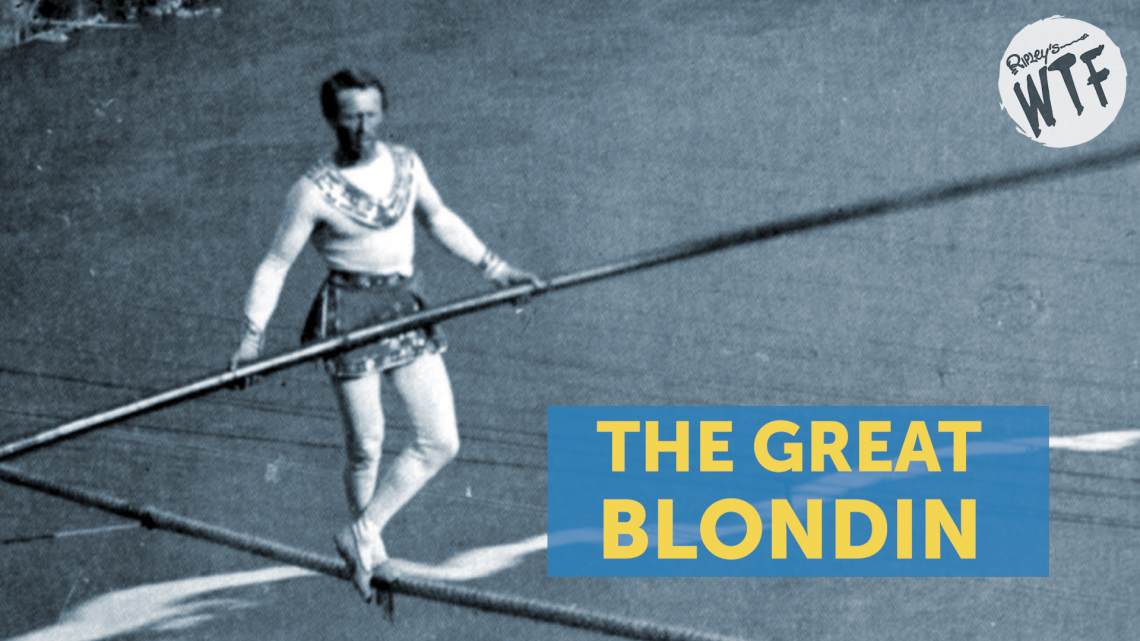 Charles Blondin was born Jean-Francois Gravelet in 1824 France. Spending a lifetime performing miraculous stunts on a tightrope, he is considered the world’s greatest funambulist—tightrope walker—of the 19th century.

Beginning his career as an acrobat when he was just five years old, it took Blondin a mere six months to premiere as “The Boy Wonder.” His skill at gymnastics and natural affinity for grace quickly propelled him into the spotlight. He became known as the Great Blondin for his signature blond hair.

After a career in Europe, Blondin headed for North America to seek fame and fortune.

In 1859, he walked a tightrope spanning the Niagara Gorge and became the first successful tightrope walker to accomplish the stunt. The rope was just two inches wide and spanned a 1,100-foot gap 160 feet above the raging water. Merely walking across wasn’t enough for Blondin though. On his first attempt, he stopped midway to pull up a bottle of wine from a boat below and had a small drink standing above the dangerous waters. Once he completed his crossing, he carried a daguerreotype camera back onto the rope to take a photo of the onlooking crowds. He always performed without nets or safety harnesses, believing they only invited trouble. 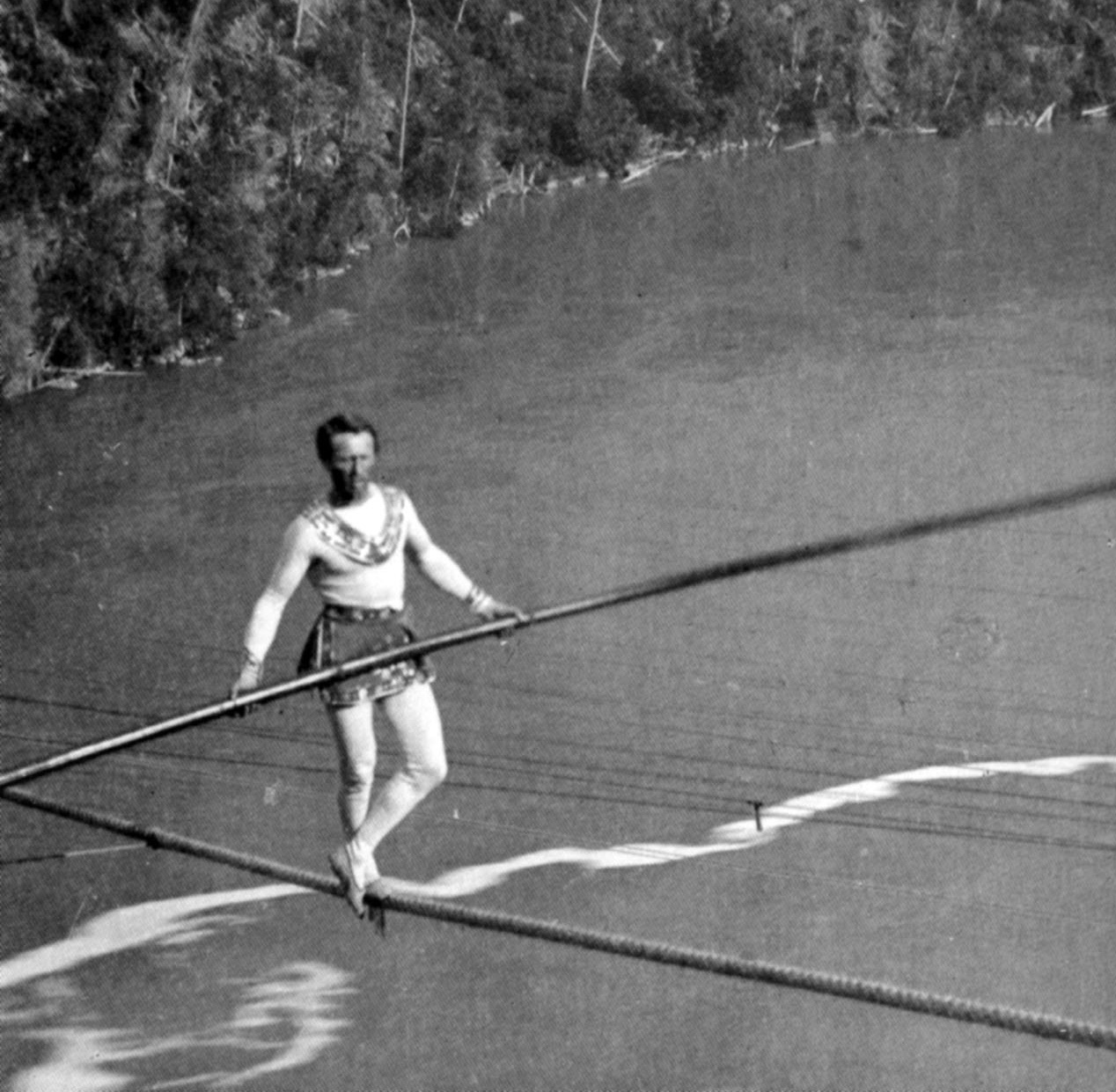 Niagara would become Blondin’s second home as he repeated the stunt numerous times adding evermore daring feats to the task. He made the journey backward, blindfolded, in a sack, somersaulting, locked in chains, on stilts, and carrying people on his back. Another stunt involved carrying people across in a wheelbarrow, his greatest passenger, however, was a lion! Though newspapers and writers like Mark Twain were not kind of Blondin—calling him reckless and an “adventurous ass”—the public at large was captivated by the morbid possibility of Blondin. Thousands of people, even including US presidents, watched in awe as he did what seemed impossible. 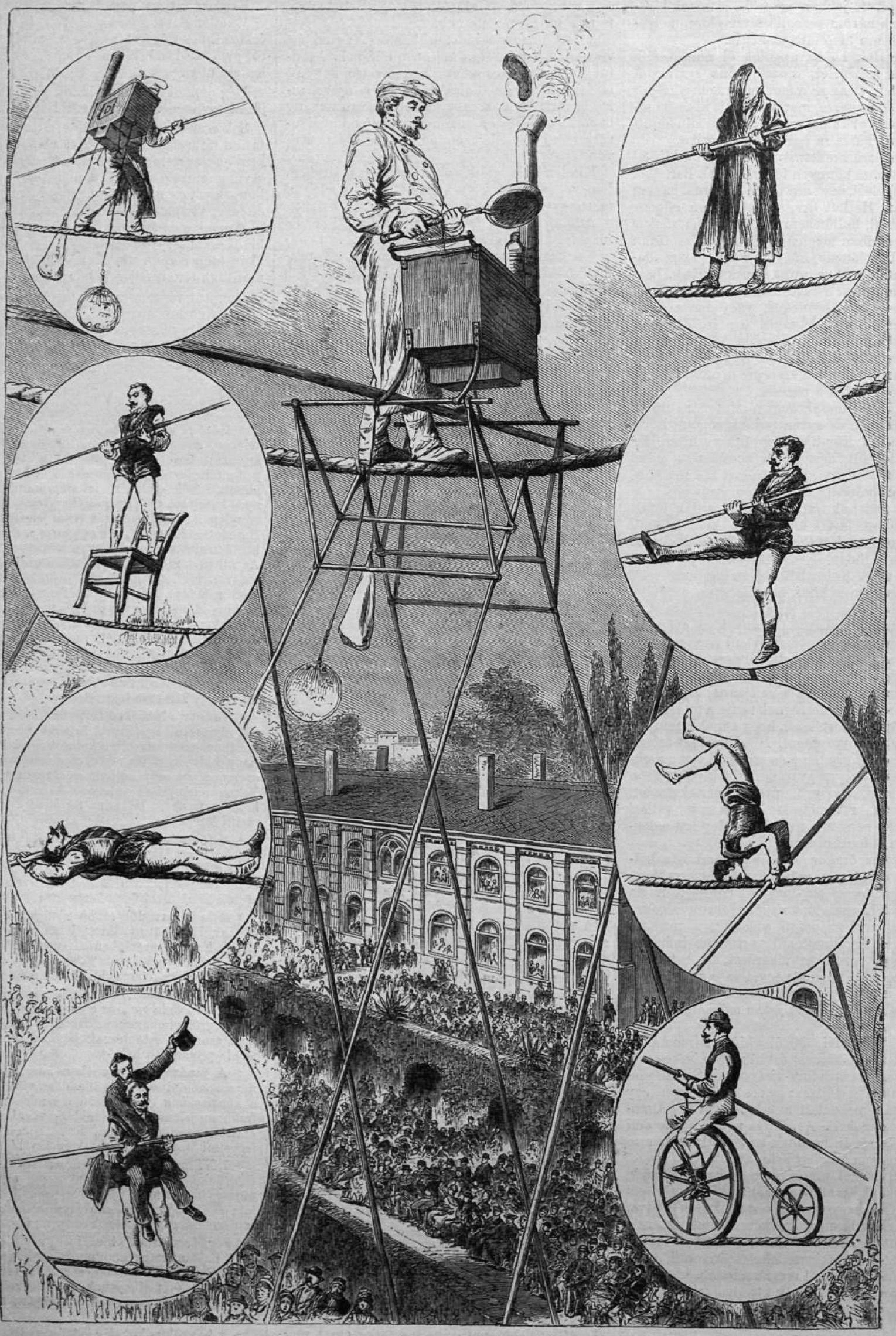 The first time he carried someone on his back, he chose his own manager, Harry Colcord, admitting to his friend that the stunt could go poorly. He told his manager to become one with himself, and not to try balancing on his own. Indeed, as they walked over the rope, several of the attached guy-lines snapped.

Blondin’s balance was so good that he was able to stop mid-rope and eat an omelet off a small table while sitting in a chair balanced on the rope. News of his aerial daredevilry became so widespread that his very name became synonymous with tightrope walking. He traveled back and forth to Europe performing for huge crowds putting on his final performance at the age of 72 after walking an estimated 10,000 miles on a tightrope.

Next post The Truth About What Was (Or Wasn't) Under Mr. Rogers' Sweaters