Vegas in Miniature: The Hammargren House of Nevada History

It even has a burial tomb. 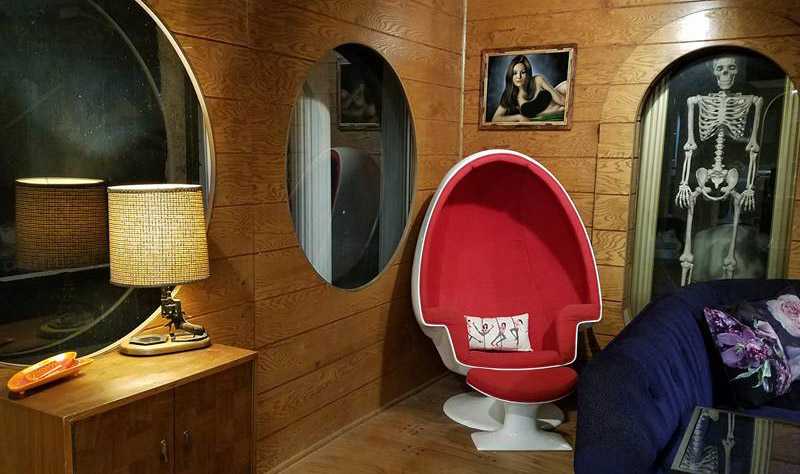 Just past the “Welcome to Fabulous Las Vegas” sign, the Strip represents the ultimate Postmodern mishmash of impossible landscapes. Its larger-than-life collection of bizarre, “borrowed” monuments—from the Eiffel Tower at the Paris to the Luxor’s pyramid to the Venetian’s Grand Canal—has to be seen to be believed. Despite the kitschy weirdness and suffocating tourist trap vibe, experiencing the cacophony of neon lights and surreal casino-scapes is exhilarating, but it’s impossible to weed through the juxtaposition, to make sense of what’s where and why. The same goes for its miniature version, tucked away in Sin City’s suburbs, the Hammargren Home of Nevada History. 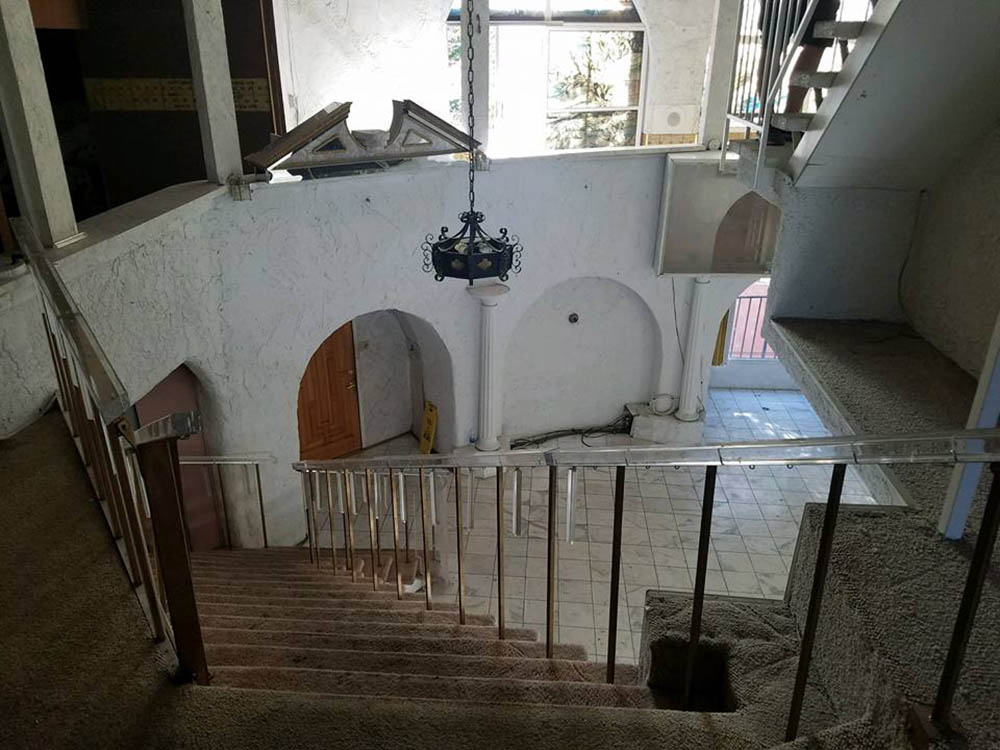 The house’s main staircase is from Liberace’s Vegas show.

Comprised of three houses near South Sandhill Road and East Flamingo Road, the Hammargren Home is one of the most fascinating microcosms of the Vegas-verse ever assembled. “The first house I bought here when I moved in 1971. I kept adding and adding to it, and then the second house came up for sale next to it, and so I bought that one. By then, I had a lot of things related to astronomy and the skies. Then, I bought the third house and that’s the house that my wife had a lot of input in designing and that’s where we actually live,” Hammargren recounts.

At its height, the Hammargren Home of Nevada boasted a collection of more than 10,000 randomly juxtaposed items that cost its owner, former Lieutenant Governor Dr. Lonnie Hammargren, an estimated $10 million. “My collection was gathered from all over the world. I’ve traveled everywhere except Antarctica. But I’ve been most interested by things like the pyramids constructed thousands of years ago by people who didn’t have machinery or technology to rely on.” A significant portion of the collection also paid tribute to Las Vegas’s history and that of the greater state of Nevada, preserving cast-off items of timeless value. 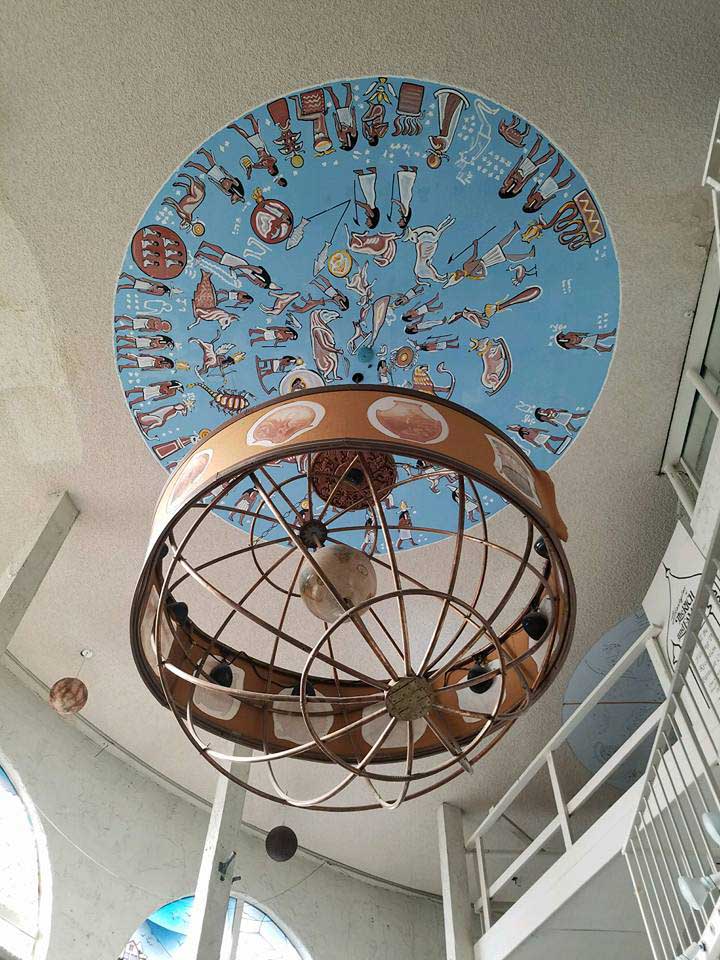 Besides pieces related to archaeology and history, Hammargren Home showcased a life-sized Apollo spacecraft model built by NASA, a submarine, an indoor barbershop brothel, an underground mine, a miniature replica of the Taj Mahal, a full-size Tyrannosaurus Rex, an animatronic tiger, and Liberace’s staircase… among many, many others. No order, theme, or logic constrained the admixture of artifacts. If it caught Hammargren’s attention, it made the collection: “It was all just done for the fun of it. That’s the main reason.”

The coup de grâce (no pun intended) of the collection was an Egyptian burial chamber fitted with a golden tomb where Hammargren planned to be interred post-mortem… How exactly do you get zoned for that? 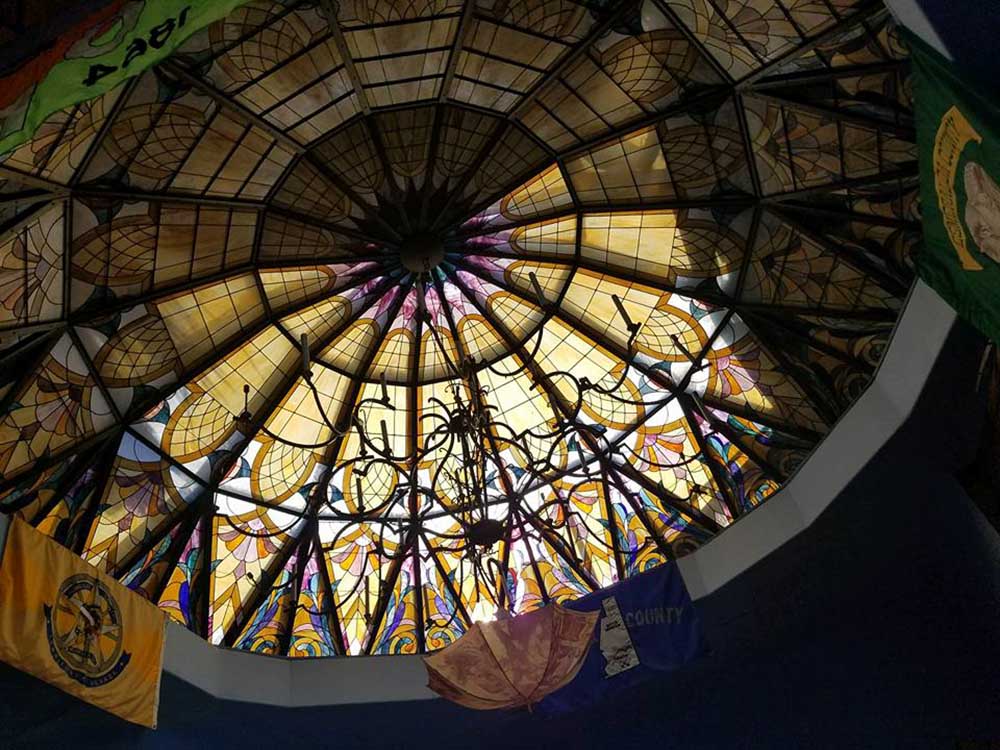 On March 31, 2007, Hammargren hosted his own funeral—the “Awake Wake”— featuring a New Orleans-style jazz funeral march and his burial in the Egyptian-inspired, gilded sarcophagus under the basement. Hammargren emerged an hour later no worse for the wear proving yet again that everything’s a show in Vegas. Why would it be any different at the Hammargren Home?

Of course, Vegas is also known for high-stakes gambling, and Hammargren couldn’t beat the odds when it came to staking his fortune on unchecked collecting. The first winds of woe came to light during an appearance on A&E’s Hoarders on December 18, 2016, when Hammargren admitted that he and his wife, Sandy, were mired in $750,000 of debt and unable to pay the mortgage on their main home, Castillo del Sol, where the majority of his collection resided. Fast forward through an auction and foreclosure, and the fate of the Hammargren Home of Nevada History appeared forever sealed. That is, until fate intervened…

Amber Fredericks, a longtime fan of Hammargren’s eclectic collection, and her husband bought the home. “It was my childhood dream home. I used to drive down Sand Hill with my mom and got to drive by and see what new things Lonnie’d put in his backyard. I never knew that it was open to the public. I’d never been inside until I walked through with my realtor. We didn’t think we’d get it, but my husband and I put in a bid anyway. It’s been quite an adventure.” 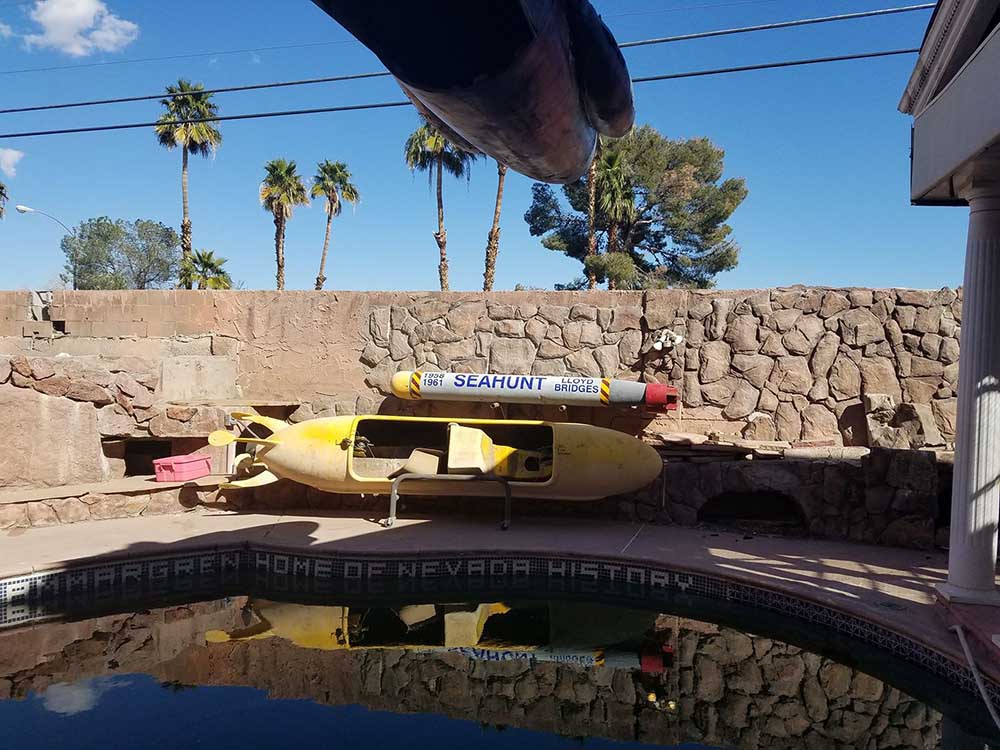 While others might have been off put by Hammargren’s weird collection, Amber represents his perfect partner in crime: “I collect weird stuff, too, so I intend on filling the house with as many weird things as I can. We weren’t here when the auctions happened, and even if we had been, we didn’t know at the time that we’d end up in Lonnie’s house. But after we got the house, I called around to see if I could find any of the stuff that had been sold at auction. I found the guy who’d bought the submarine, and we were able to buy it back. I’m trying to reacquire as many parts of the collection as possible because I want to restore the house staying true to its history.”

Despite Amber’s shared interest in collecting bizarre pieces, the greatest benefit of living in Castillo del Sol hasn’t been the stuff or the building. It’s been her neighbors. “The best part of owning the house has been Lonnie and Sandy. Anytime he wants to store stuff, I tell him to bring it back home. The collection went over to the middle house, and the middle house doesn’t have the same space offerings as this one, so many of the pieces are currently outside. I want to keep the history of this place and its collection alive.” 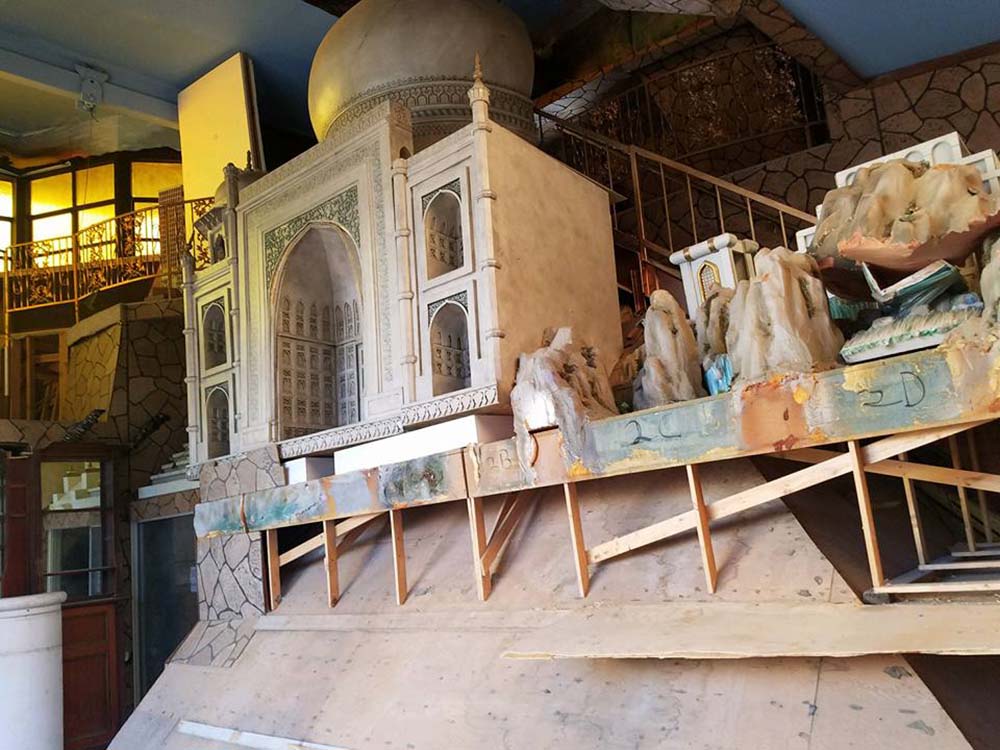 Among the biggest nuisances of living at Castillo del Sol are the people who randomly show up and insist on tours of the home. “All of the websites have my address on them versus the middle house. On weekends, more than fifty people drive by our house daily. We’ll be dealing with the unwanted attention for the rest of our lives as we don’t ever plan on leaving this house.” While Amber isn’t averse to showing people around, she wishes to maintain the privacy of a residential dwelling, and she asks that people be polite, respectful, and understanding of the fact this is her home, not a museum. Yes, people actually live in Vegas, and they need privacy, too!

As for Hammargren, he plans on continuing the tradition of opening his home to the public on Nevada Day weekends (the last weekend of October) to show off his collection, and he says there will be other times, too. For a private tour by appointment, contact him at: (702) 596-6669. But be aware that Hammargren’s collection is now housed at 4212 Ridgecrest Drive.

Previous post The Devilish Baboon Incident of the Hellfire Club