To Hell And Back: Michigan Town Famous For Fire, Brimstone, Ice Cream, And Weddings 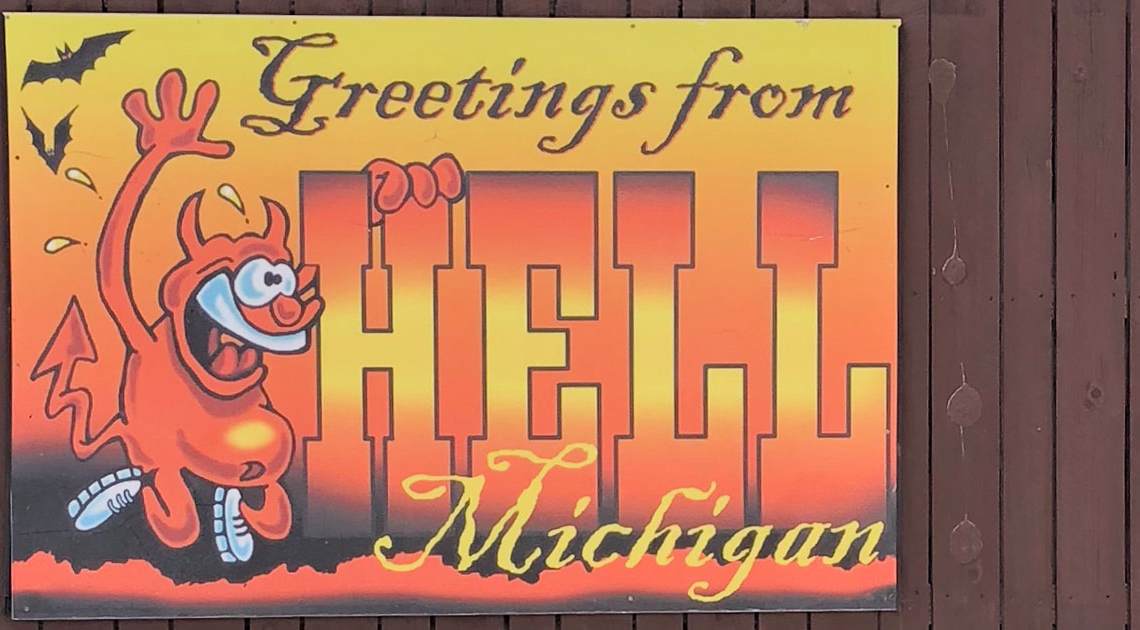 The first thing you see when you pull in to this oddly-named, warmly welcoming patch of land in eastern Michigan is Creepy Clyde.

You know he’s Creepy Clyde because he’s wearing a black T-shirt that says so.

Or at least that’s what he’s playing when I pull into the parking lot of the Scream’s Souvenir and Ice Cream parlor. 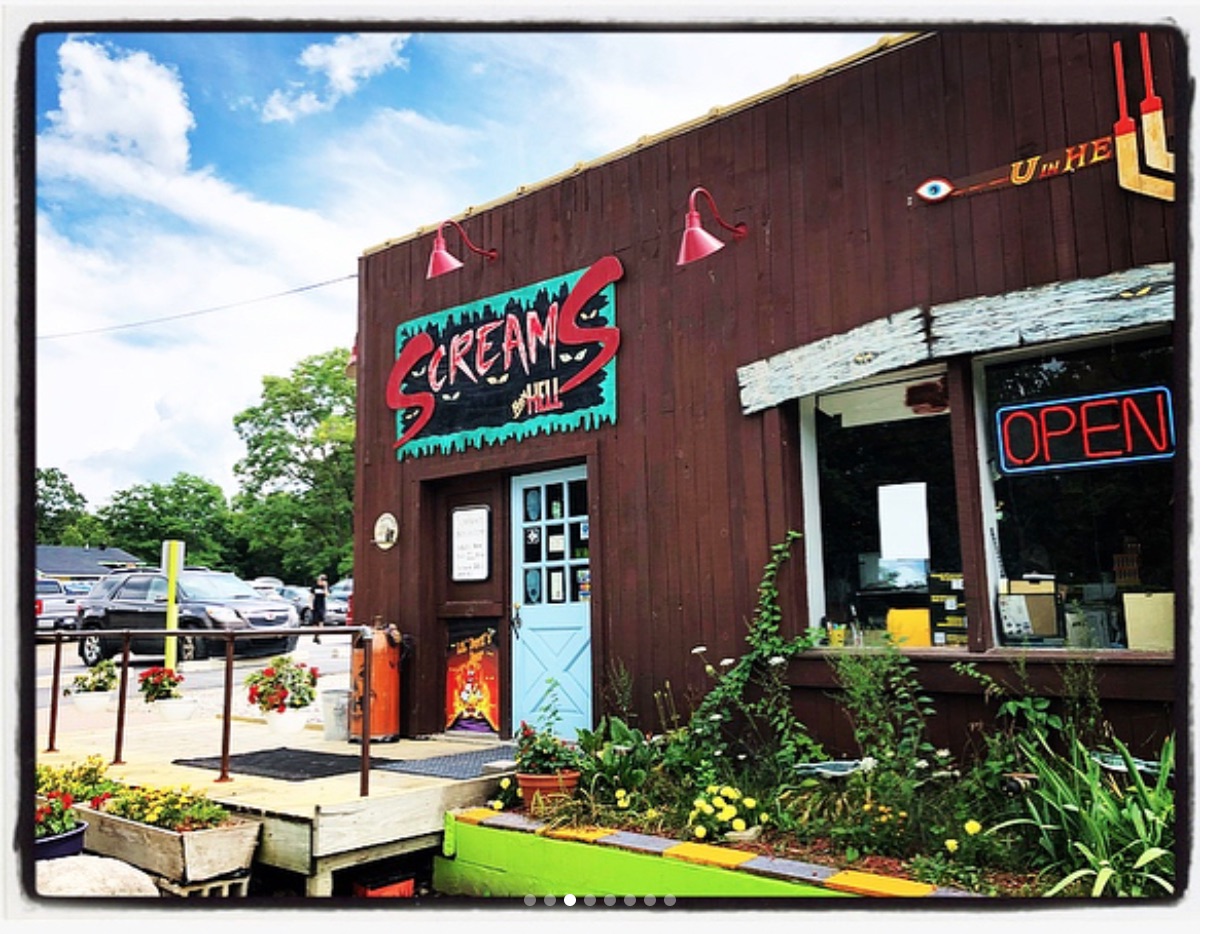 “Welcome to Hell!” he shouts as I get out of the car. I smile. I get the feeling he says that a lot. He’s sitting under a small enclosure but is otherwise unprotected from the elements, as he spins his records. He looks as if he’s having the time of his life.

I notice other folks pulling in and milling about. Overall, Hell is smaller than I imagined, just a few small restaurants and bars, a souvenir shop, a chapel, a putt-putt golf course, and a canoe/kayak rental for the nearby Hell Creek Campground.

Still, the place draws attention. It’s nothing more than a wide spot in the road, but for years, Hell — about 20 miles west of Ann Arbor, Mich., in Putnam Township — has brought in people far and wide so they can say they’ve “been to Hell and back” or “got married in Hell” or even “had a burger to die for in Hell.”

No one is quite sure how the place got the name, but there seem to be two prevailing theories:

Either way, it became official in 1841. Hell would be a part of Michigan forevermore.

And it’s evolved into quite the tourist attraction.

You can visit the Hell Hole Diner for homemade pizzas, sandwiches, and burgers, or hop over to the Hell Saloon for drinks, music and live events. The Scream’s shop doubles as a souvenir hub and a site for the Creamatory ice cream store. 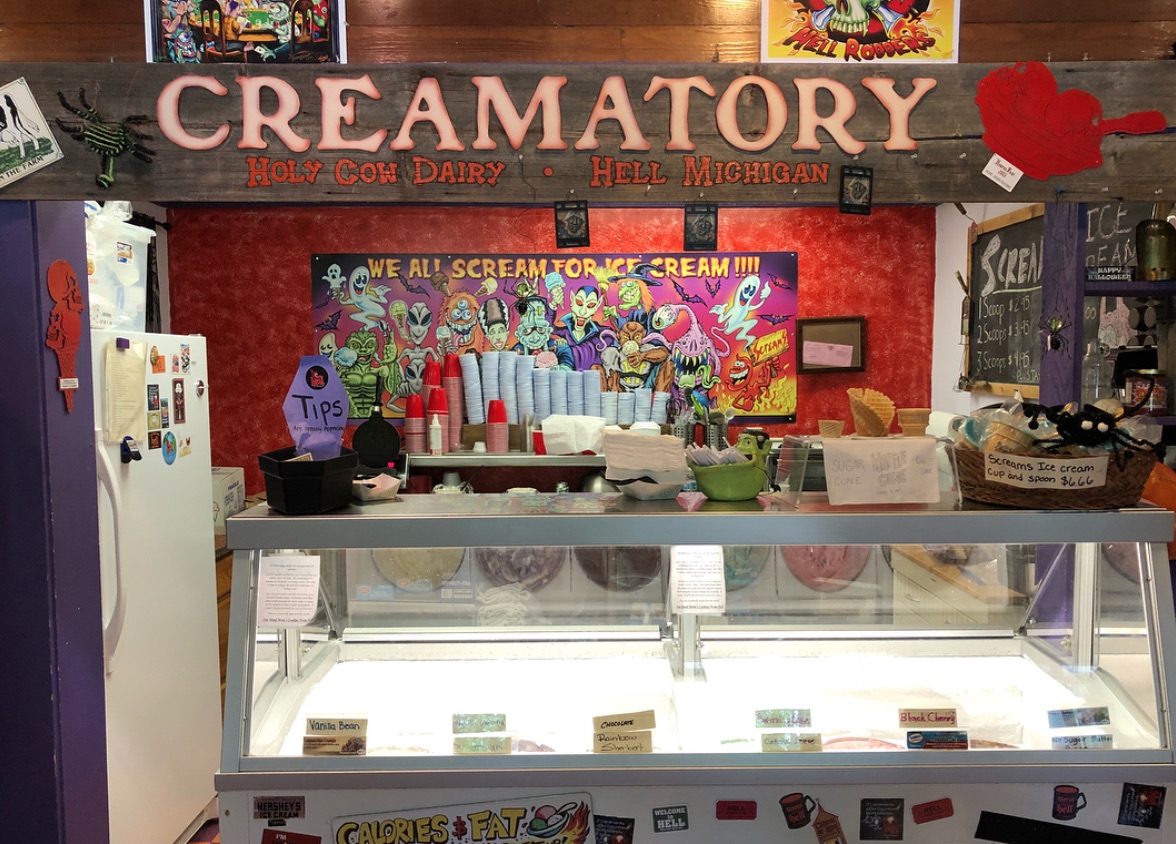 Behind that, you’ve got the chapel and the golf course, and further down the road you’ll see the campground.

And that’s about it. But it does its job of bringing people in.

“We were coming over to see what’s here,” says Mike Kreinbering, of Grand Blanc, Michigan, about an hour from Hell. “We’ve always been interested.”

Mike came with buddy Rob Gerow, and they both drove their motorcycles. Grand Blanc is about 10 minutes outside Flint, Mich., which has been dealing with some serious water issues over the last year.

They heard that the souvenir shop here sells shirts that say “Beer in Hell is safer than water in Flint.” Both say they must buy them.

Inside the souvenir shop, owner John Colone is milling about, talking up the dozen or so customers who are sifting through what seems like a million different T-shirts celebrating the area. But there’s also patches, stickers, license plates, decorative items, posters, Halloween garb, and hats, among other things. Colone bought the building 16 years ago and added the wedding chapel and the golf course. He says they do about 250 weddings a year.

“Everyone wants to be in Hell,” laughs Kim Jahn, manager and events coordinator. 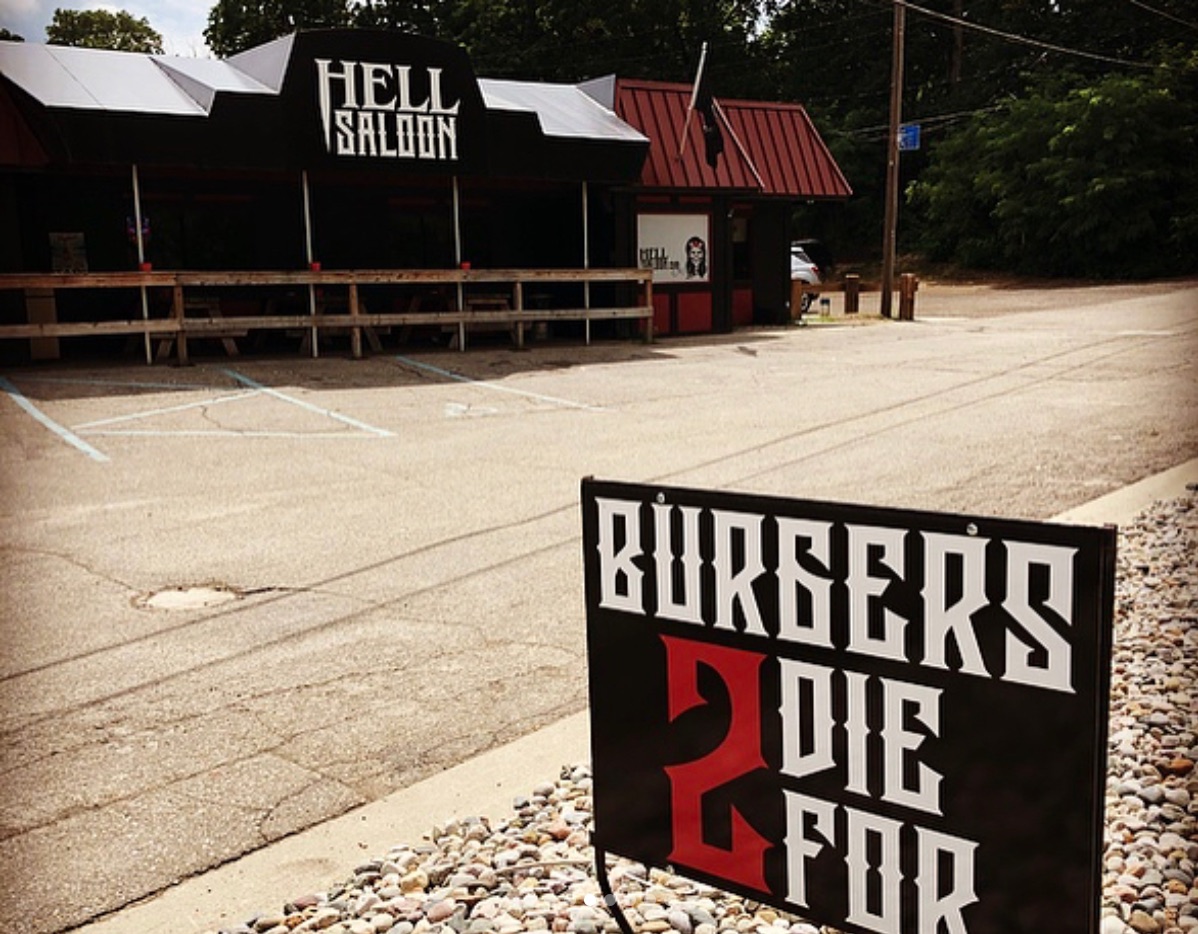 After looking at the numbers, I’d say she’s right. With tourists coming from all over the world to visit (they’ve had customers from China, Ireland, Australia, and Canada, to name a few places), one of the most fun things to do is be crowned Mayor of Hell. For $100, customers can be Mayor for the day, and for $25, they can do it for an hour. When their time is up, they get impeached, but not before getting a certificate, mug, and T-shirt.

You can also send an officially Hell-singed postcard back to a family member or friend. They do the burning right here on site at the Hell Post Office–at a rate of 200 or more per week.

And there always seems to be a busload of visitors coming. On this day it’s a Mystery Tour Bus, where people are loaded up on a creepy-themed adventure but aren’t told where they’re going.

All of the fanfare leads up to the annual HearseFest this September, where hearses and enthusiasts from across the country meet in Hell. Last year brought in 4,500 people.

Turns out, Hell is doing a pretty hot business.

After searching through mountains of T-shirts for his size, Rob Gerow found just what he was looking for. He needed it so he could wear it back home.

“It’s perfect,” he says, holding up his shirt, which does, in fact, read: “Beer in Hell is safer than water in Flint.” 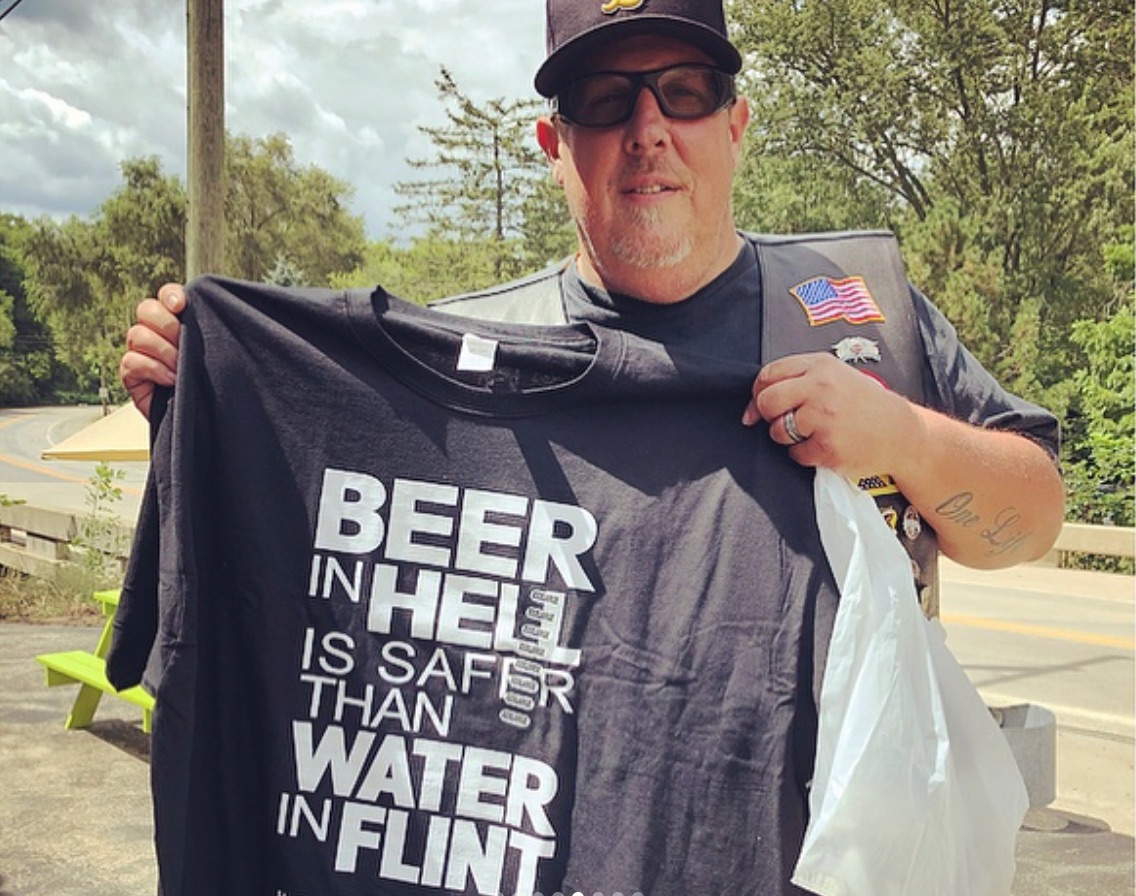 “This makes it worthwhile,” he says, laughing. “Hell is great.”

Previous post Rollercoasters Are Good For Breaking Up Kidney Stones