The telescope will be able to unravel some of the mysteries of the universe by looking at some of the first galaxies ever formed, peering into our own system, and more. 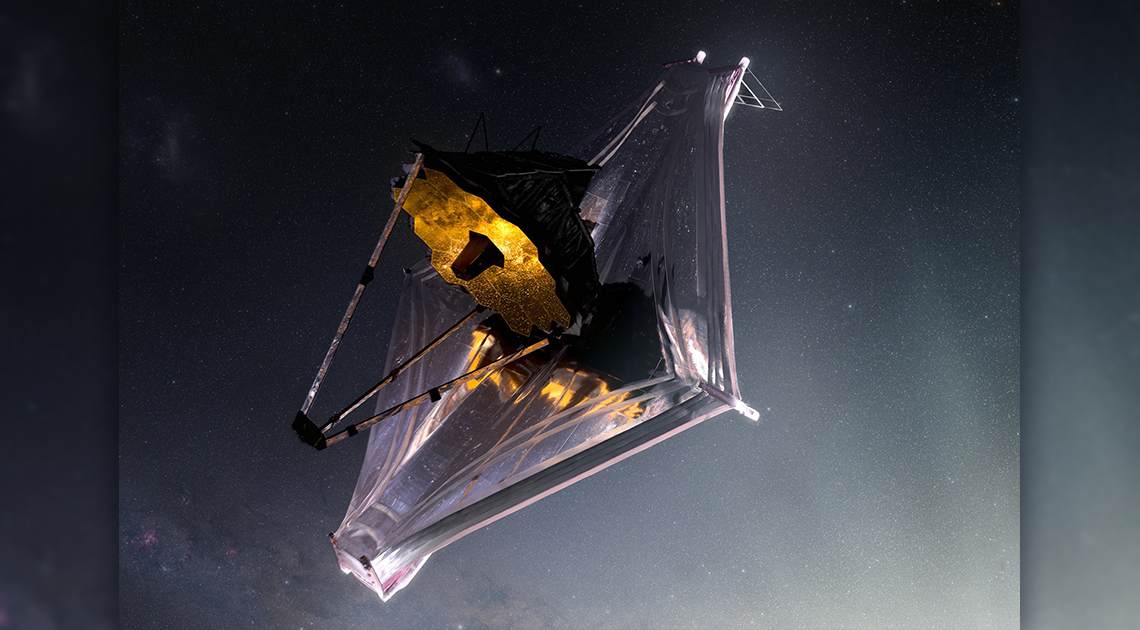 Today — January 24, 2022 — the James Webb Space Telescope, also called JWST or Webb, reaches its final destination. Known as the second Lagrange point or L2, this location is where JWST will orbit the sun approximately 1 million miles from Earth and use its powerful mirror gaze closer than ever before at the beginning of time and unravel the mysteries of the universe. If your interest is piqued, you’re in luck! The impressively large space-based observatory has plenty of room on board for some interstellar info.

Keep reading to learn about the most powerful telescope ever sent into space — the result of a combined effort between NASA and the European and Canadian space agencies and more than 20 years of planning and development.

It was named after former NASA administrator James E. Webb

The second administrator of the National Aeronautics and Space Administration, James Edwin Webb, had a long career in public service and served in the U.S. Marine Corps during World War II.

Though some people only think of the Apollo program and the surrounding race to the moon when they think of James Webb, many in the scientific community credit him for protecting the agency’s scientific endeavors during a highly political and policy-driven time.

This sentiment was reinforced with the naming of the telescope. Former NASA Administrator Sean O’Keefe said, “It is fitting that Hubble’s successor be named in honor of James Webb. Thanks to his efforts, we got our first glimpses at the dramatic landscape of outer space.” The space science program that James Webb started resulted in more than 75 launches. 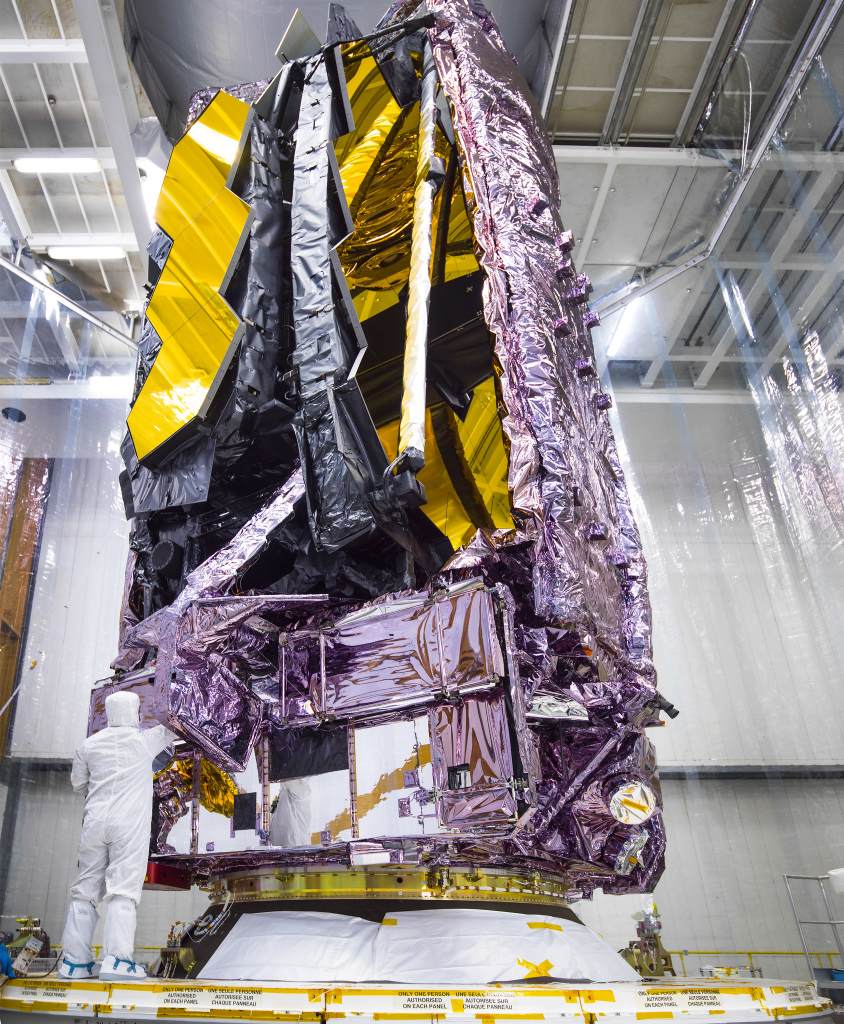 Cue up your Doctor Who bigger-on-the-inside jokes, because JWST really is! In order to send it to space, it had to fit inside the launch shroud of a rocket. According to JWST Public Affairs Officer Lynn Chandler, the telescope “had to be folded up like origami.”

Chandler also pointed out that it’s as tall as a 3.5-story building, or roughly half the size of a 737 airplane. In comparison, the Hubble Space Telescope is about the size of a semitruck.

Once launched, the telescope then assembled itself in space

You may be wondering what the next step was for the largest and most complex space science telescope after launching. The answer? It unfolded, as Chandler put it, “like a Transformer.” The process of unfolding in space took two weeks after the launch.

“The successful completion of all of the Webb Space Telescope’s deployments is historic,” said Gregory L. Robinson, Webb program director at NASA Headquarters. “This is the first time a NASA-led mission has ever attempted to complete a complex sequence to unfold an observatory in space — a remarkable feat for our team, NASA, and the world.” 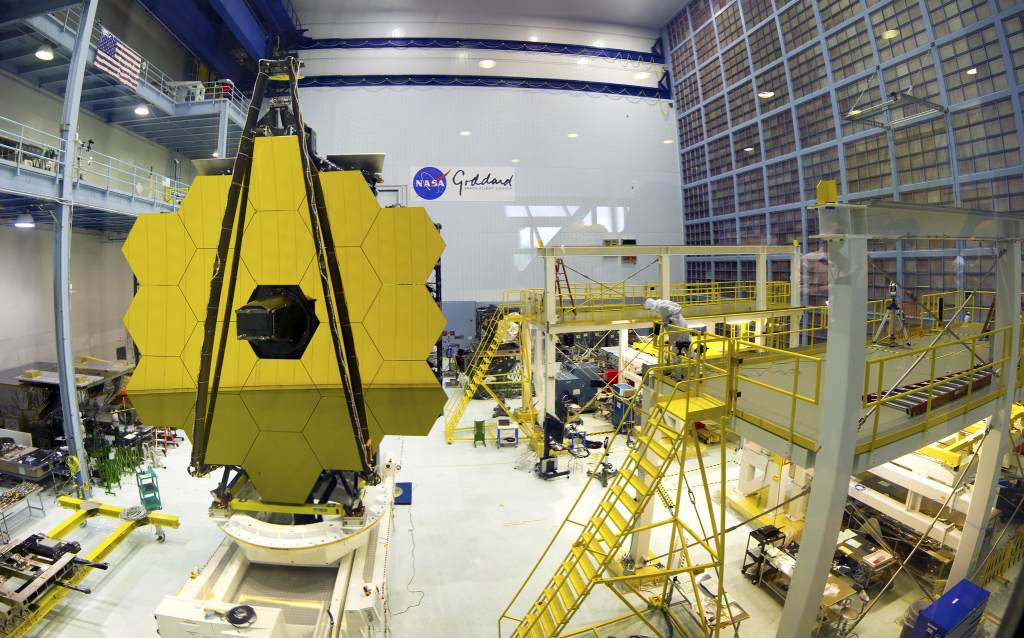 There was plenty of buzz about what the striking 18 hexagonal mirror segments are and what they do when artist renderings and photos came out. By using hexagons, the mirror can take on a somewhat circular shape overall.

The hexagon shape allows the segments of the mirrors to fit together without creating gaps, which allows for better light focusing and more accurate photos.

The mirrors are what allow Webb to collect information, and the bigger the better. In fact, Webb’s mirrors in total are almost seven times larger than the mirror on the Hubble Telescope.

The telescope will try to unravel the mysteries of the universe

One of the mission goals is to observe the formation of stars from the first stages to the formation of planetary systems. Webb will allow scientists to look closer than ever before at the history of the universe.

With the technology involved, scientists will be able to see what the universe was like nearly 200 million years after the Big Bang. According to Chandler, “The telescope will be able to capture images of some of the first galaxies ever formed.”

On top of that, scientists will also use JWST to peer into dust clouds to watch the birth of new stars and planets. Additionally, Webb will image our own solar system, including things outside the orbit of Mars, satellites, comets, asteroids, and Kuiper belt objects.

It can investigate the potential for life in space

Webb can measure the physical and chemical properties of planetary systems (including our own) to investigate the potential for life, according to Chandler. It will also be able to tell us about the atmospheres of extrasolar planets. How can an infrared telescope do that? Webb will use a method called the transit method, which looks for the dimming of light from a star that happens when its planet passes between the star and us.

The telescope will also be able to take images of exoplanets that are near bright stars. While that result will come back as just a dot with a color, it will be able to show us the planet’s vegetation, seasons, and more through spectroscopy (the science of measuring wavelengths of light).

It basically has an SPF of 1 million 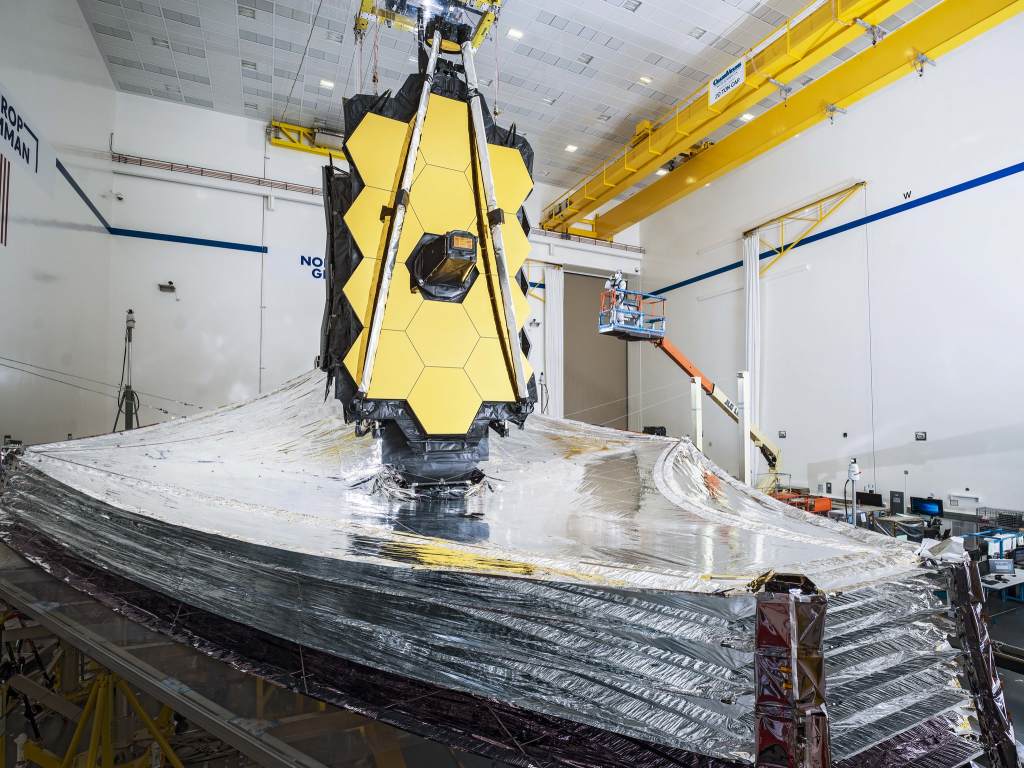 Because it will orbit almost 1 million miles from Earth, the telescope needs some serious sun protection! That’s why it has a five-layer sunshield that measures a whopping 69.5 by 46.5 feet.

The shield protects Webb from light from the sun, the Earth, and the moon that could all interfere with its infrared light observations and imaging. The sunshield also helps keep everything cool.

According to NASA’s website, you could almost boil water on one side of the sunshield because it gets so hot and distributes that heat into space, but the other side of the shield is cold enough to freeze nitrogen.

If something goes wrong, it can’t be serviced

But that’s normal! Only Hubble can be serviced because it’s relatively close to Earth at 375 miles away, compared to Webb’s million-mile voyage. At that distance, it would be impractical, incredibly complex, and costly to try to service or retrieve it if something happened. Though, seeing as how it has even been designed to survive micrometeoroid impacts, the chances of that are low.

Although we can’t physically reach the telescope, its place in space is always known — even to civilians. NASA has a “Where is Webb?” tracker on its website. It’s incredible to be able to witness any major space endeavors, but it’s special to be able to check in with its location whenever you want.

The first images will be “ugly”

Now that the James Webb Space Telescope is in position, we should start seeing some mind-boggling pictures of galaxies far, far, away now, right? Not quite. Though the major deployment steps are complete, the telescope’s mirrors will undergo months more of alignment and calibration.

According to Jane Rigby, Webb operations project scientist, “The first images are going to be ugly. It is going to be blurry.” Scientists will use those images to fine tune the telescope, basically putting the camera’s subjects into focus. It’s estimated that the first clear images from JWST will debut in May or June of this year.