Is This Guy The Only Person In The World Who Still Speaks Carny?

The Carny language developed as a way for carnival workers to talk in code. 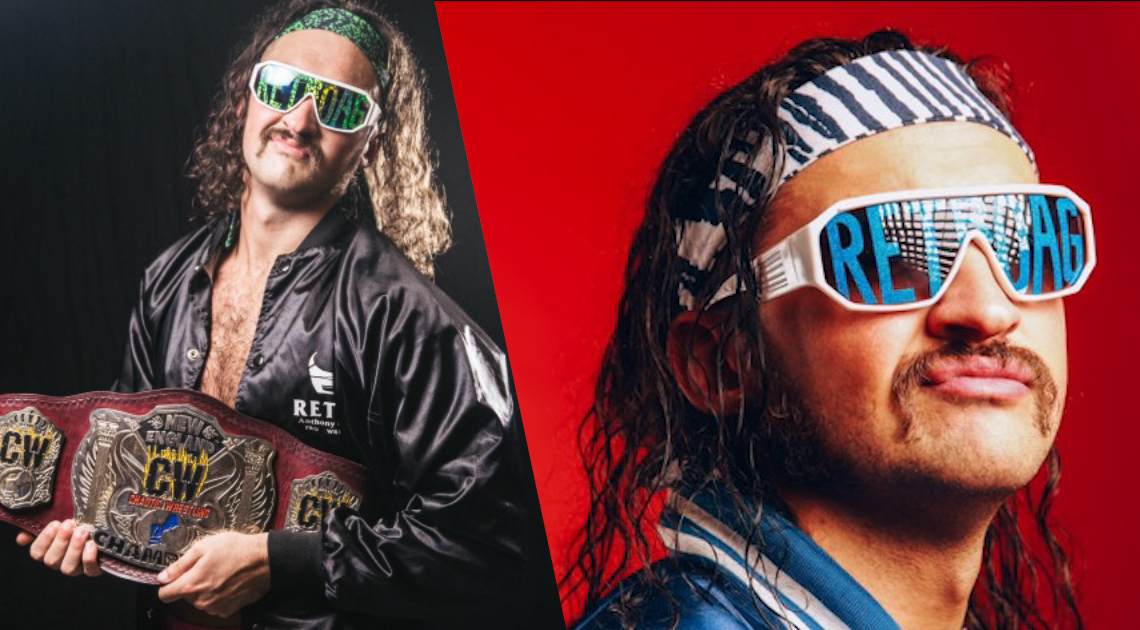 Did you know there exists a secret carnival language spoken by professional wrestlers? It’s called Cizarny (or Cizarnizy).

Or, in English, it’s called Carny. It’s not technically a language, per se, but an argot—sort of like Pig Latin. Ripleys.com was able to track down and speak to a disciple of the old guard of professional wrestling and one of Carny’s last fluent speakers, “Retrosexual” Anthony Greene, who made a quick stop from his “Retrobution Tour” to help us learn a little more about the etymology of this quirky linguistic tradition. 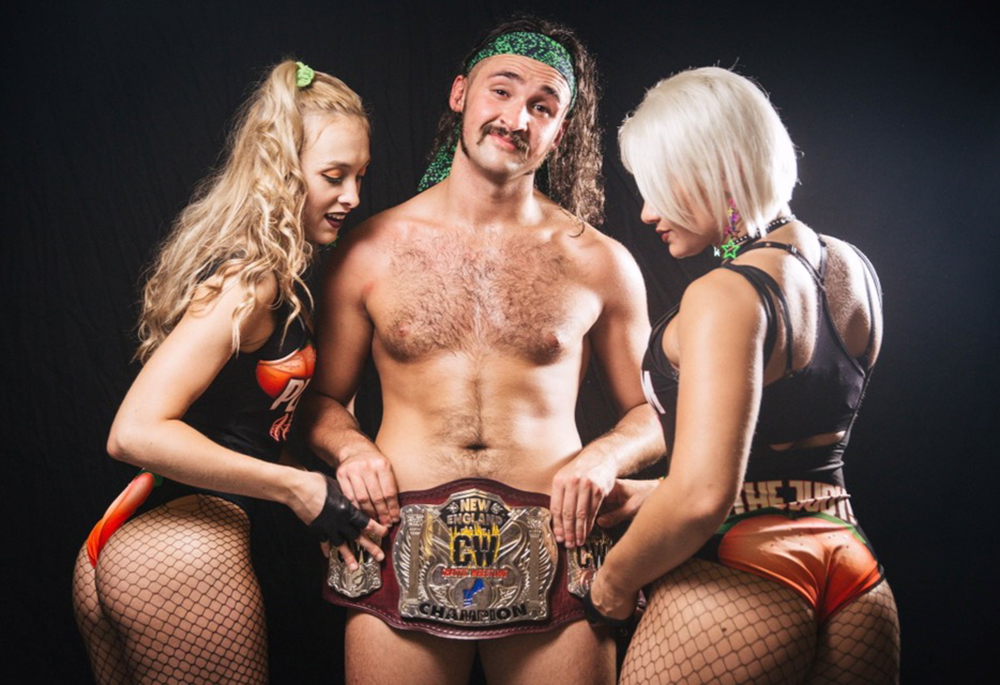 One of the last speakers of Carny.

Despite hailing from “Danger Town, USA,” Anthony made an inauspicious beginning in his hometown of Randolph, Massachusetts, where he began learning the tricks of the pro wrestling trade at the age of thirteen. Ever the journeyman, by the age of sixteen Anthony advanced from setting up wrestling rings to refereeing and, two years later, entered the squared circle as a performer himself. Now, at 25, Anthony continues to make live and televised appearances across North America. With his bronzed tan, satin jacket, neon-colored zebra-striped pants, vibrantly matching fanny pack, and flanked with one of his “Platinum Hunnies” on each arm, Anthony appears as if he walked straight out of the eighties and prides himself on being one of the last active “carnies” in the world of wrestling.

The phrase “carny” often carries negative connotations, but not for Anthony: “Carnies were hustlers. Not necessarily in a negative sense. They hustled to make their money, much like I and many other independent professional wrestlers have to do as well. Though being a ‘carny’ can be used as a pejorative, a carny is also a traveler, journeyman, showman, and someone who works hard to earn their keep. It doesn’t have to involve being a con artist. It’s about work ethic.”

The Carny language began with the wrestling industry’s roots in 19th- and early 20th-century fairground circuits. Alongside circus clowns, sideshow strongmen, and freakshow funambulists, professional wrestling was a marquee aspect of any traveling carnival. It didn’t exactly look like the pro wrestling you might see on TV today, though. It was more comparable to modern mixed martial arts. In fact, some of the oldest discovered documents of human history feature recordings of early forms of wrestling. They date back thousands of years and can be found in prehistoric cave paintings, ancient Egyptian hieroglyphs, records of the first Olympic Games, and as one of the only sports referenced in the Bible!

In the United States, wrestling started to grow in popularity as a spectator sport around the time of the Civil War in military camps. Prior to this, in antebellum times, arguably the greatest President in the history of the United States, Abraham Lincoln, was a wrestler! Allegedly, not only was Lincoln a near undefeated champion in the Illinois region, but his trash talk part of the grappling game was on point: “I’m the big buck of this lick,” Lincoln once told a stunned crowd, “if any of you want to try it, come on and whet your horns!”

Ol’ Honest Abe wasn’t the only one laying the smackdown issuing challenges. As wrestling made its way to carnival “at”—athletic—shows, open challenges to the audience for big cash prizes became the norm. For wrestlers, winning these challenges was paramount: losing a legitimate contest against a local would destroy not only the wrestler’s credibility, but the carnival’s as well, not to mention the perceived aptitude of professional wrestlers as a whole. So much as one loss could tank business for wrestling in that town and send the whole carnival packing! 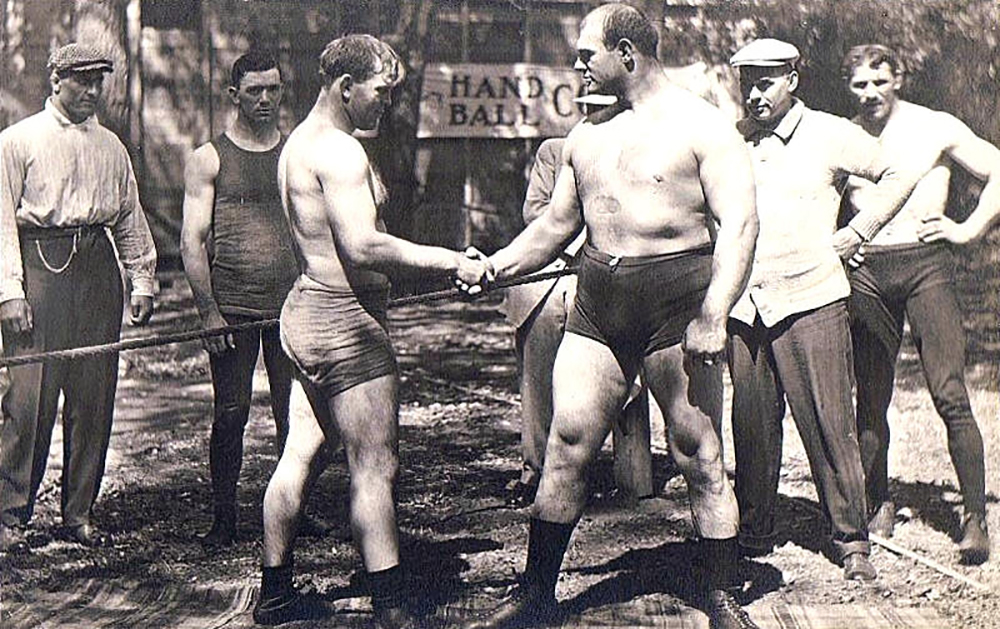 Sometimes, a plant would be placed in the crowd to make a challenge seem easier to encourage the locals to take their best shot or place a bet. One common tactic included a professional wrestler planted in the crowd and posing as a rough-and-tough local attending matinee showings. Full of bravado, they would dramatically answer an open challenge for an event later that evening in an attempt to draw interest and boost ticket sales.

Anthony elaborates: “Many of the wrestlers were called ‘hookers.’ They’d wrestle regular people in attendance until they got tired and then ‘hook’ a submission on them. They’d have longer matches so the other carnival goers believed they had a chance to beat the big-time wrestler.” 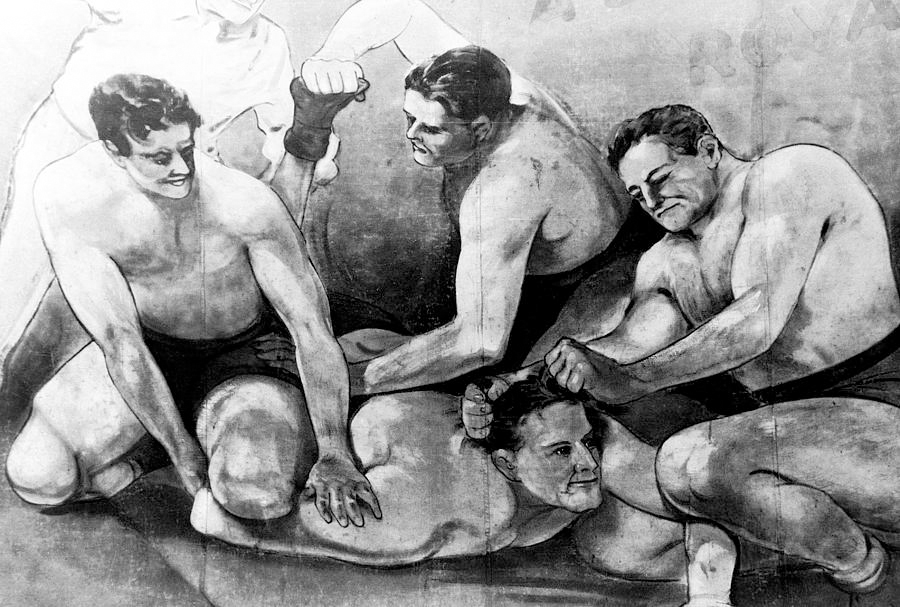 During these early days of the craft, performers lived an outlaw lifestyle with an “us versus them” mentality. With all of the rigged contests and games, carnival workers and wrestlers alike needed a way to secretly speak with each other. The answer to that was Carny.

There were different regional versions of Carny, varying from loop-to-loop and racket-to-racket. The most common surviving form of Carny has the “izz” or “eez” sound placed in the middle of words, though some place it in between each syllable. “To demonstrate,” the mustachioed Anthony says with a point to the fuzzy handlebar donning his upper lip, “mizusstizache.”

“Reading it makes it sound simple enough,” Anthony continues, “but when you’re hearing it and not in on the gimmick, it’s a whole ‘nother world!” 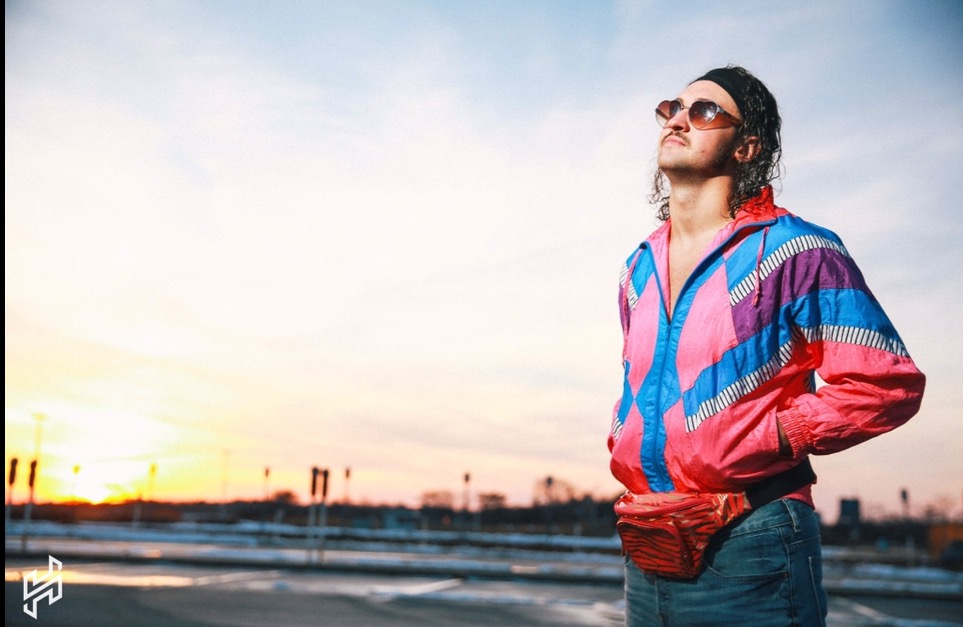 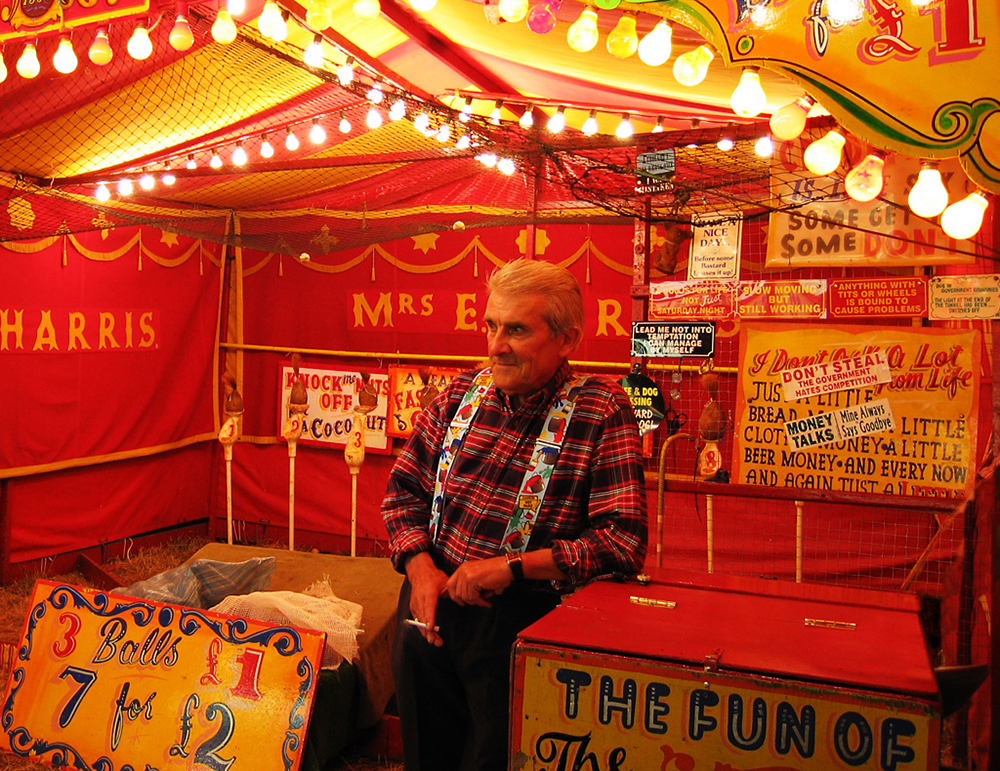 Despite falling out of use over the years, some Carny parlance is still present in modern English; for example, the phrase “mark”—meaning a person who is an easy target. This was adopted from physical chalk marks that carnival workers would place on patrons who were looking to impress a date. This was a signal to their coworkers that they had cash to spend. Carny even reached the world of hip-hop with Frankie Smith’s Double Dutch Bus in 1981, which in turn would go on to inspire the mainstream diction of rap icon Snoop Dogg, fo shizzle. 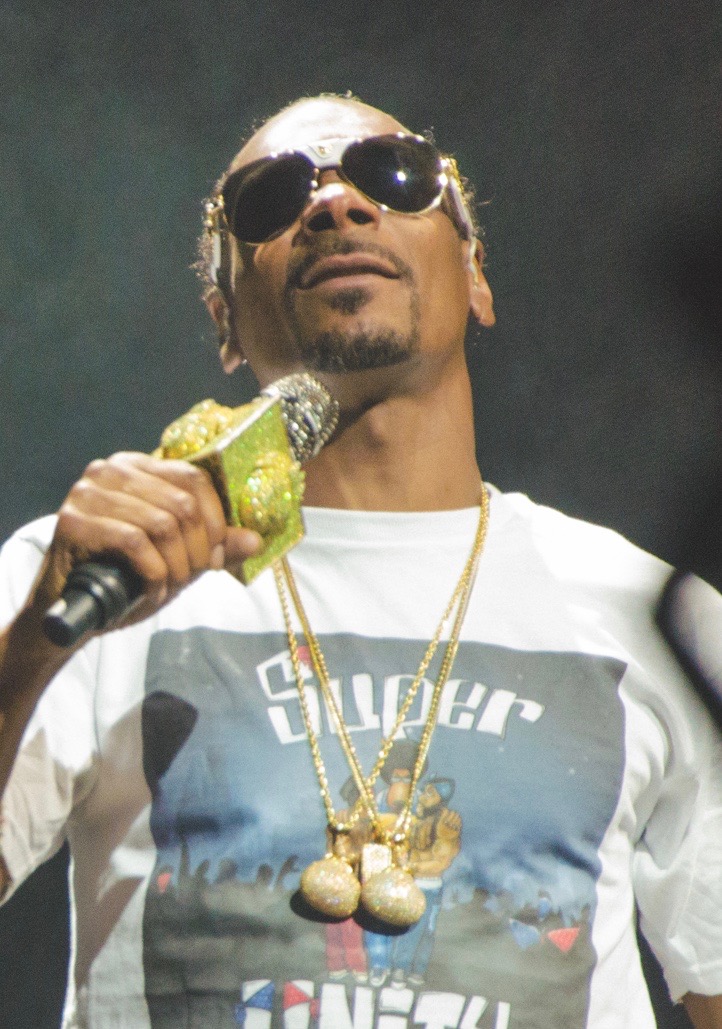 CC The Come Up Show

Another use of Carny in the modern world is professional wrestling’s code of silence, “kayfabe.” The wrasslin’ version of omerta is used as a warning that outsiders were around, to stay in character and “be fake.” In the past, professional wrestlers were fiercely secretive, often going to such lengths as breaking bones or even throwing fireballs at the overly-curious fans who proved to be a bit too intrepid. Anthony admits that if he was caught telling us all of this back in the day, he’d be in for a whole world of hurt, “and I’m too good looking for that to happen to me!” 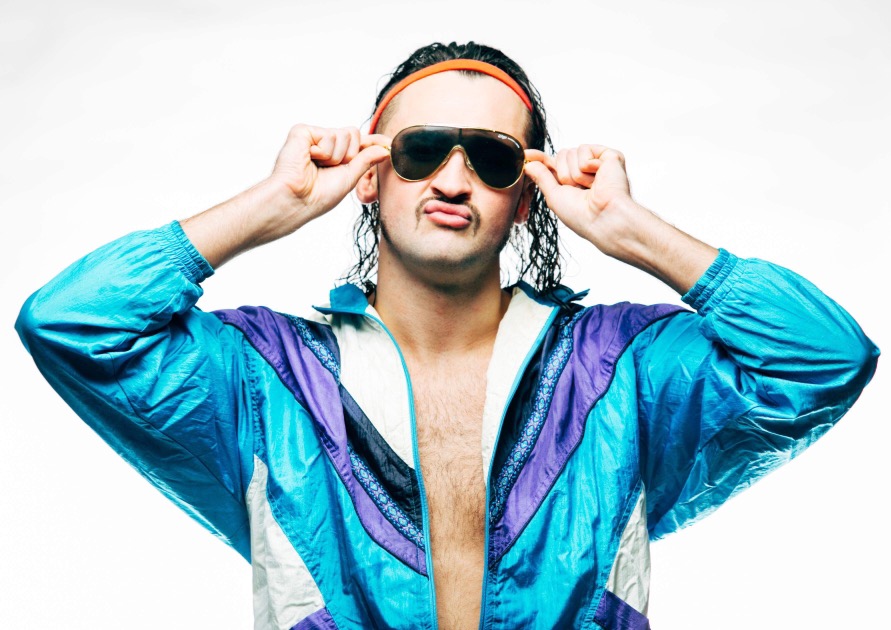