B.I.O.N. The U.S. Olympic team nearly missed the 1896 Olympics in Athens because Greece was still using the Julian Calendar! Keeping it timely, we’ve pulled together some of our favorite gold-medal-worthy stories!

With the 2016 Summer Olympic Games coming to a close this Sunday (and before we patiently wait another four years!), we have dusted off some of our favorite memorabilia and are taking a look at some of the strangest sports stories from Olympics past! 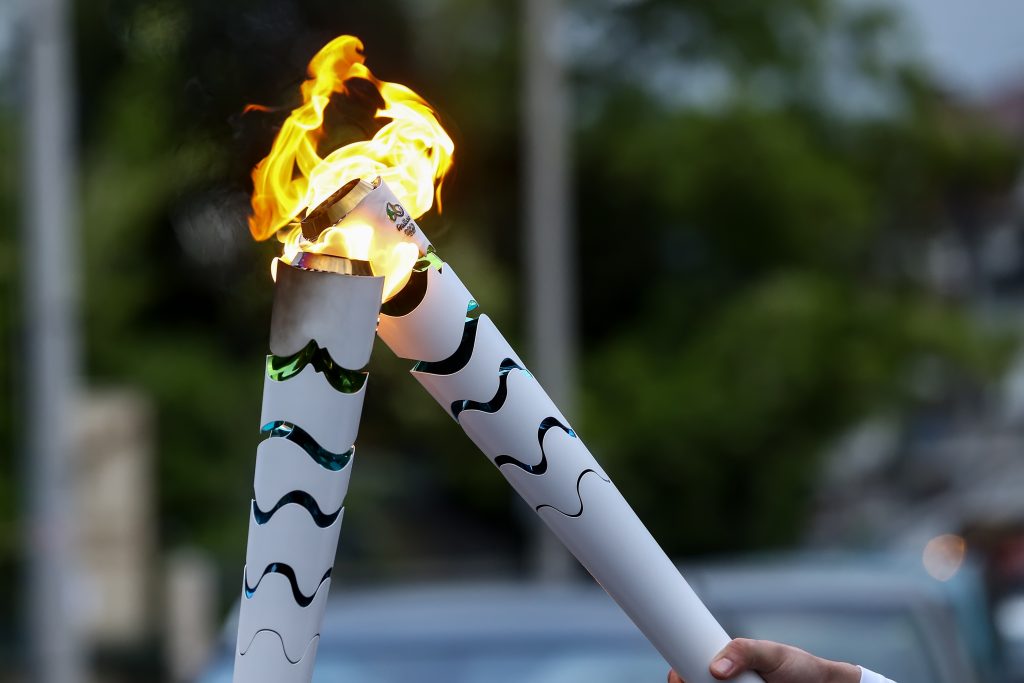 From April 21st to August 5th, torches like this relayed through Greece, Switzerland, and Brazil. There were roughly 12,000 torch bearers in Brazil alone!

The Olympic torch was first introduced into our Modern Olympics at the 1928 Amsterdam Games, while the relay was revived from the Ancient Olympics in 1936, for the Berlin Games. Ripley’s owns torches from nearly every Olympics since—even one from Rio!

The flame is always lit in Olympia, Greece and then relayed to the site of the games where it lights to Olympic cauldron.

On Sunday, at the closing ceremonies, the flame will be extinguished, only to light back up in 2020 in Tokyo. Before that flame goes out, let’s keep in the Olympic spirit and take a look at some of the strangest sporting events the Olympics have hosted!

Live pigeon shooting made a one time Olympic appearance at the 1900 Paris games before being replaced by clay targets. The event’s winner, Belgian Leon de Lunden, shot down 21 birds, but nearly 300 were slain (in a feathery mess) in total! 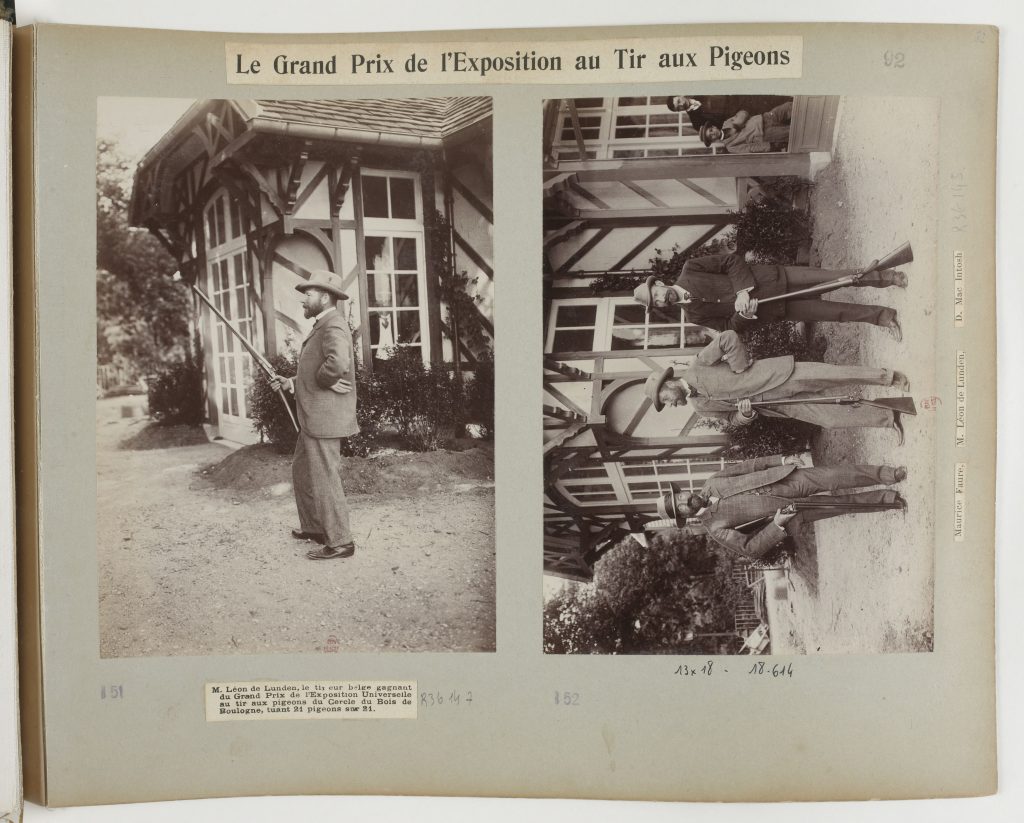 Léon de Lunden, the one and only Olympic Pigeon Shooting champion.

Now a family reunion staple, Tug of War was actually played at five modern Olympic Games, from Paris in 1900 to Antwerp in 1920! 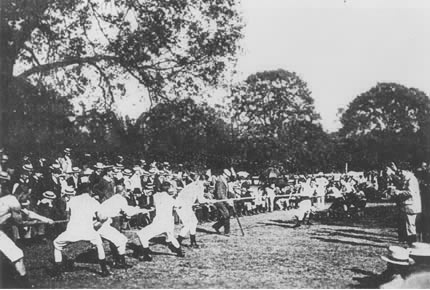 Denmark/Sweden vs. France at the 1900 Olympic Games in Paris.

The 1900 Paris Games also thought it would be a good idea to combine equestrian events with track and field, introducing the horse high jump and the horse long jump!

If you’re not starting to see a pattern here, the 1900 Paris Games got weird…. Believe it or not, no medals were awarded in 1900—winners were given pieces of art instead! Watch this week’s video for more 1900 Paris BIONS!

From 1912 to 1948, the Olympics hosted competitions for artists, writers, and musicians!

Using wax bullets, pistol duels debuted during the 1908 London Olympics. After the success of this events, America even turned pistol dueling into a sport, with the first match-up taking place at New York’s Carnegie Hall in 1909! 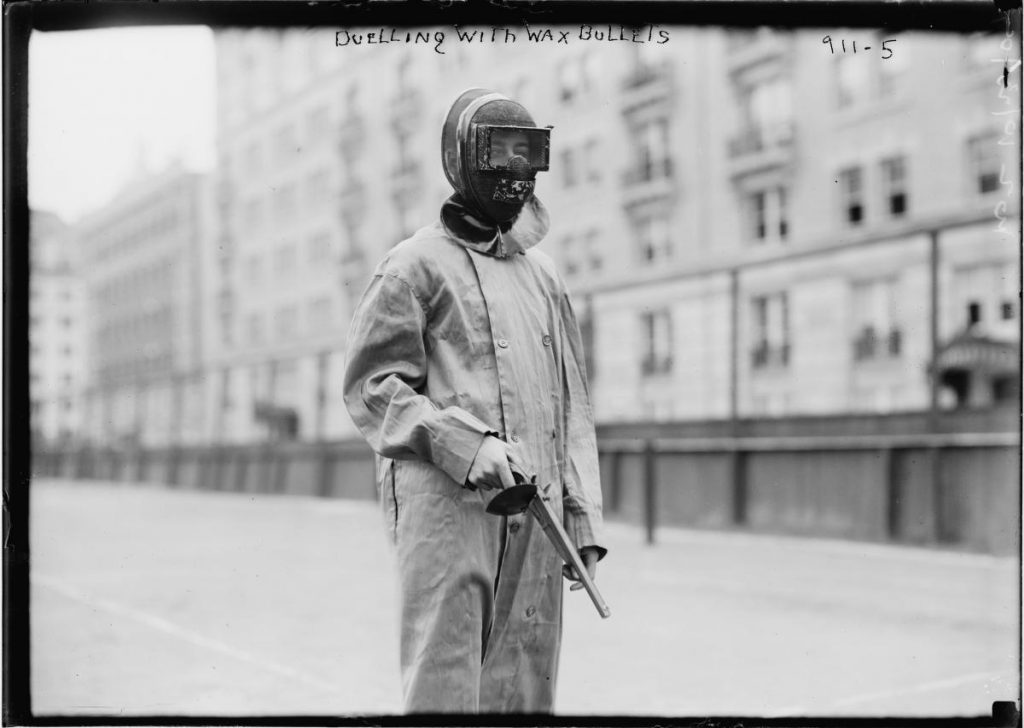 Previous post Pigs Have No Real Appreciation for the Sky