The infamous Massachusetts murder house is now being listed with an asking price of $2 million. 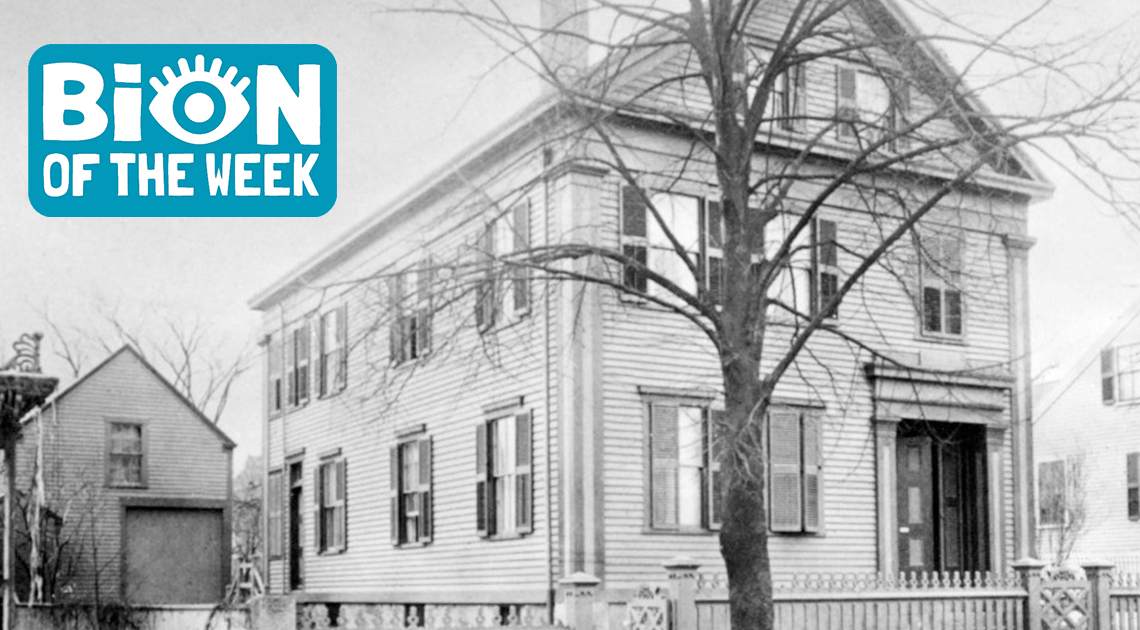 [January 11–January 17, 2021] A historic beer cavern, an ancient temple of love, and snakes that giddy-up—all round-up in this week’s weird news from Ripley’s Believe It or Not!

Most city undergrounds are home to sewage lines, transit trains, and Ninja Turtles, but researchers have recently unearthed something brewing below the streets of St. Louis, Missouri—a 19th-century beer cave!

Last spring, the McHose and English Cave Recovery team discovered the cavern beneath a community garden in the Benton Park neighborhood, an area popular for brewing back in the 1800s. The complex of natural caves provides a cool place to store beer.

The team was able to drill two small holes from the garden down into the cavern, with two cameras and a lidar scanner providing a sneak peek at the cave’s size and route.

“It’s like 30 feet wide with a ceiling of 7-by-15-feet tall,” said Bill Kranz, the project’s facilitator. “We were all out here in the alley, jumping around like crazy.”

Though the cave may have started as a beer bunker, it has also been home to a mushroom farm and a wine grotto.

Historians and St. Louis residents alike are hop-timistic about the prospect of the revelation.

“It really gives us an opportunity to reconnect with that past and hopefully step foot in a garden that hasn’t been opened in over 100 years,” said Alderman Dan Guenther.

People pay a lot of money for a nice set of eyelashes these days, but no lashes compare to those of this British cocker spaniel. Feast your eyes on Mabel, a one-year-old cocker spaniel who has the internet at her paws just by batting an eye.

The chocolate working cocker spaniel has gained millions of fans on TikTok after her owner, Caitlin Baker, began posting videos of the pup and her peepers. Videos of Mabel attract upward of 7.5 million views, with comments comparing her to everyone from Disney princesses and Cindy Lou Who from “The Grinch” to Kim Kardashian.

Despite her owner being a professional eyelash technician, Mabel doesn’t need any help in the long lash department.

“Her eyelashes are natural. When we first saw her, we fell in love with her and then noticed her lashes and instantly loved her even more,” said 20-year-old Baker.

A post shared by Mabel the Cocker Spaniel ? (@mabelthecocker_)

Valentine’s Day is just around the corner, and what better way for archaeologists to say “I love you” than by uncovering a 2,500-year-old Aphrodite temple?

After four years of digging in the Urla-Cesme peninsula, Turkish archaeologists have excavated what is believed to be a sixth-century temple honoring the Greek goddess of love and beauty.

The discovery of artifacts, including a terracotta figure of a female’s head and a statue of a woman, indicated that there was likely a shrine to Aphrodite in the area, as she was “a very common cult at the time,” according to professor Elif Koparal from Mimar Sinan University.

“As we scanned the epigraphic publications, we understood that it was most likely the Temple of Aphrodite. There is also an inscription around the temple. It sets the border with the statement, ‘This is the sacred area,'” added Koparal.

Along with the statues, the archaeology team also found burial mounds and artifacts of settlement dating back to 6,000 B.C. that help tell the story of how a temple to a Greek goddess came to stand all the way in Turkey.

According to Ancient Origins, this evidence suggests that Greek ex-patriots likely moved to the area now occupied by Izmir, around 8,000 B.C.

Koparal and his team are now working with the region’s locals to preserve their discoveries and protect the area against developers and treasure hunters who may come to piggyback on their findings. 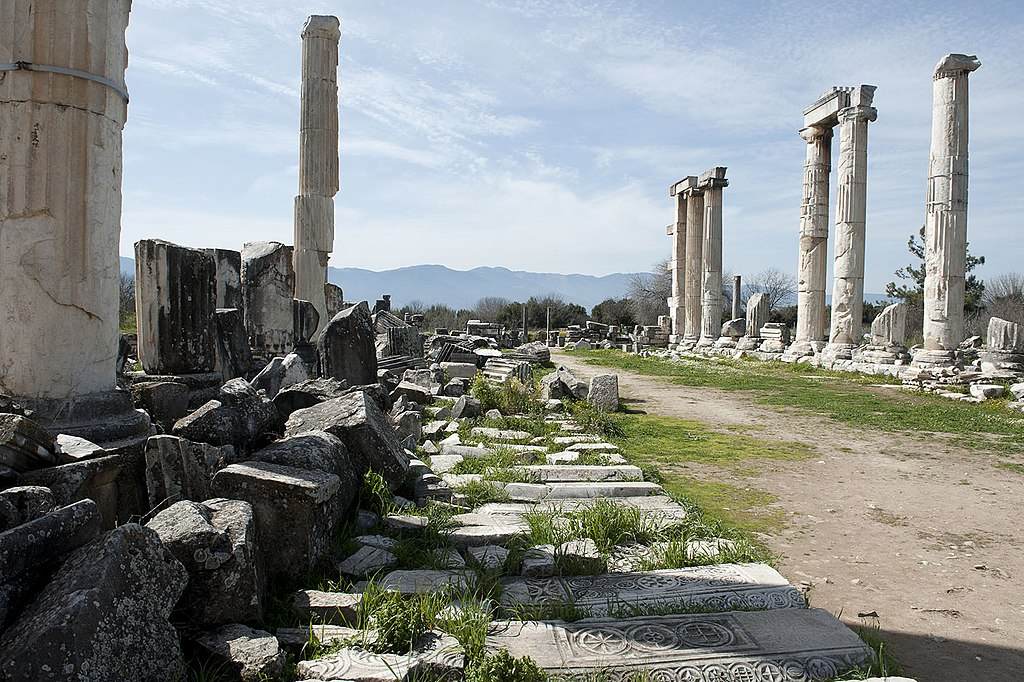 Snakes just don’t have enough ways to get around—said no one ever. A new study released Monday reveals that not only can snakes slither, slide, jump, and swim, but they can also turn themselves into a lasso of sorts to wiggle their way into your nightmares.

The accidental discovery was made by researchers from Colorado State University and the University of Cincinnati while in Guam studying Micronesian starlings. This species just so happens to be threatened by invasive snakes.

As part of the conservation effort, tall metal cylinders—called baffles—were used to protect bird boxes from snakes and raccoons. While this worked at first, brown tree snakes soon found their way up the barriers, leaving the researchers, well, baffled.

According to Thomas Siebert, a co-author of the study, he and a colleague watched four hours of video when “all of a sudden, we saw this snake form what looked like a lasso around the cylinder and wiggle its body up.”

This new finding may be crucial in terms of conservation. The brown tree snakes have decimated Guam’s forest bird populations since being accidentally introduced to the island in the late 1940s.

“Understanding what brown tree snakes can and cannot climb has direct implications for designing barriers to reduce the dispersal and some of the deleterious effects of this highly invasive species,” said Bruce Jayne, another co-author of the report.

While snakes are known to climb pipes and branches, the lasso movement differs in that it allows the snake to form a single gripping region to propel it forward.

Snake-haters and bird-lovers fear not! This form of movement is not easy on snakes, with observations noting their slowness, frequent slipping, and heavy breathing on the way up the baffles, signifying that this may be a move of desperation. 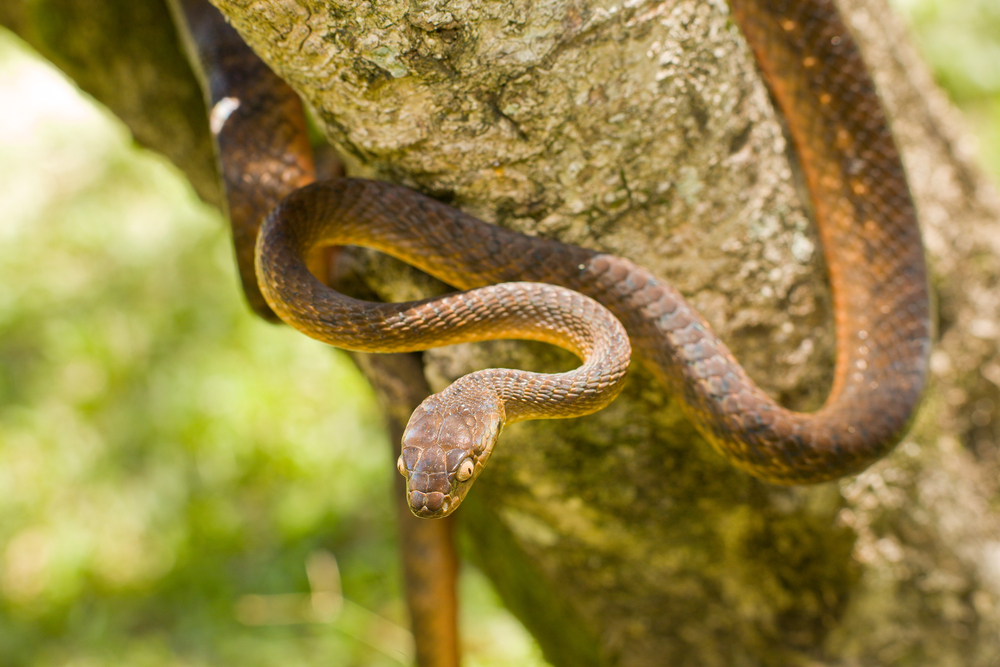 Attention all true-crime aficionados! Grab your hatchets and call your real estate agents—the Lizzie Borden house is on the market!

The infamous Massachusetts murder house, which currently operates as Lizzie Borden Bed and Breakfast Museum, is now listed with an asking price of $2 million.

Along with bragging rights and the six-bedroom house itself, the new owners have the option to continue running the museum and guided tours currently offered at the location, with all business, trade, and intellectual rights included in the sale.

Real estate agent Suzanne St. John said interested buyers have indicated an interest in keeping the business running, as it is “an incredible moneymaker” and “one of the top tourist attractions in New England.”

The 1892 axe murderer Lizzie Borden’s house is up for sale for $2 million, and this is a virtual tour – actually got the heeby-geebies walking around. https://t.co/vi8LfJolhh @DrLindseyFitz

Previous post Give Us A Believe It or Not! For The Books!