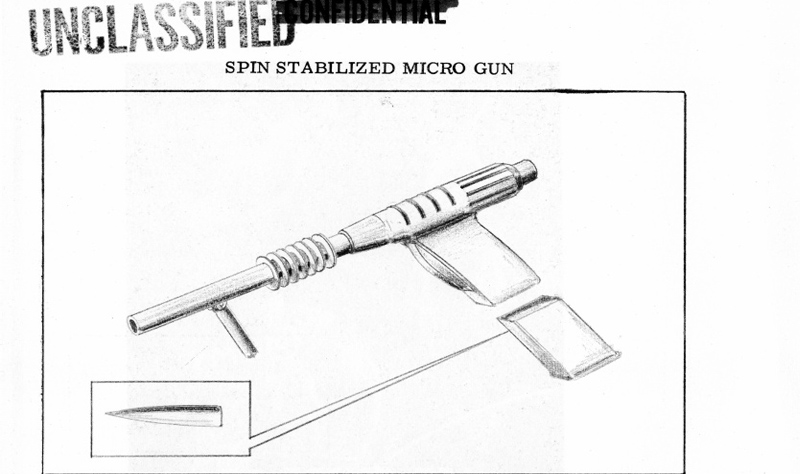 As the space race raged in the 1950s, US Army engineers were hard at work developing tactics for fighting the Soviets on the Moon.

Nicknamed ‘Project Horizon’ the United States Army planned on constructing a fortified Moon base to wage war with the USSR.

While the Soviets beat America in launching the first artificial satellite, the first animal, and the first man and woman into space; the US would not sit idly by and lose their chance at a military foothold on the lunar surface.

“We may even now be standing on the edge of the battleground of Armageddon.” –Future Weapons Office

To defend this moon base, new weapons would have to be designed. The Future Weapons Office was tasked with meeting the unique environmental challenges of moon combat. 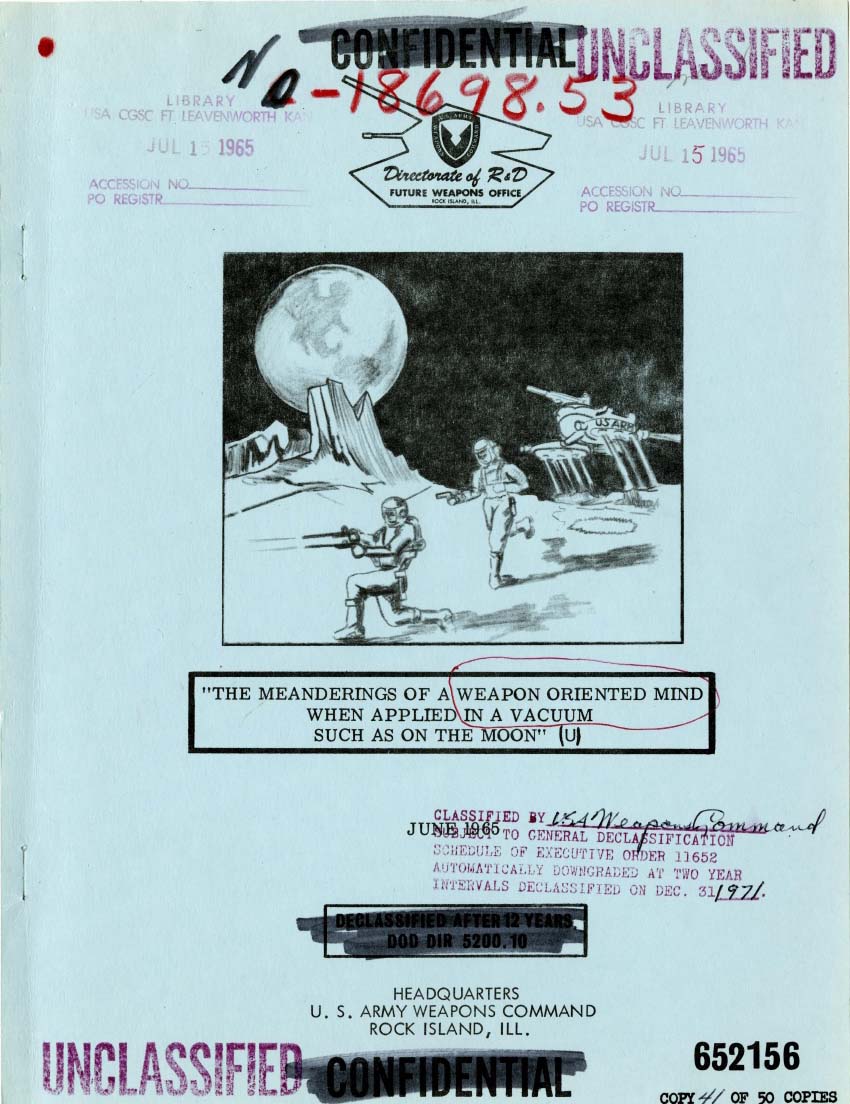 First on their list of concerns was the Moon’s lower gravity. At 1/6th the gravity of Earth, scientists feared the kickback of a conventional weapon could knock astronaut soldiers down, or even send them flying off into space.

Muzzle velocity would also have to be less than the escape velocity of the moon’s gravitational field. The US Air Force didn’t want a hail-storm of weapon rounds to turn into dangerous space debris.

Engineers feared the extreme temperature changes on the moon would render regular guns not only useless—but also dangerous—to users. During the Lunar day, materials could explode, and at night, they would freeze.

Lubricants also evaporate in space, meaning any metals in contact with one another had a danger of binding or even welding together.

Initially, the office thought that lasers would be the answer, but the Air Force was quick to rain on their parade, stating that lasers were “20 years away,” which was still wildly optimistic. The office settled on a mix of gas and spring-propelled guns.

Spring-loaded dart guns were theorized to have the same power as a rifle due to the vacuum of space.

Shoulder mounted “sausage guns” would fire a swarm of projectiles at a target with little recoil.

These weapons only needed to penetrate a space suit or Lunar vehicle, as a leak would be tantamount to death.

The authors of the report also included design elements in these weapons that would allow them to be used on the surfaces of other planets.

They claimed this third evolution would be necessary after the events of “World War III.” They envisioned men and women fighting from extra-terrestrial bases over a possibly destroyed planet.

While the US was dreaming up lasers and dart guns, the Russian’s were practicing a slightly more pragmatic approach.

With the deployment of the Salyut III military space station, the Soviets successfully tested a space cannon that was used to destroy asteroids and potentially to defend itself from American attack.

Rockets were installed on another Almaz-class space station, but no records of their use have been found. 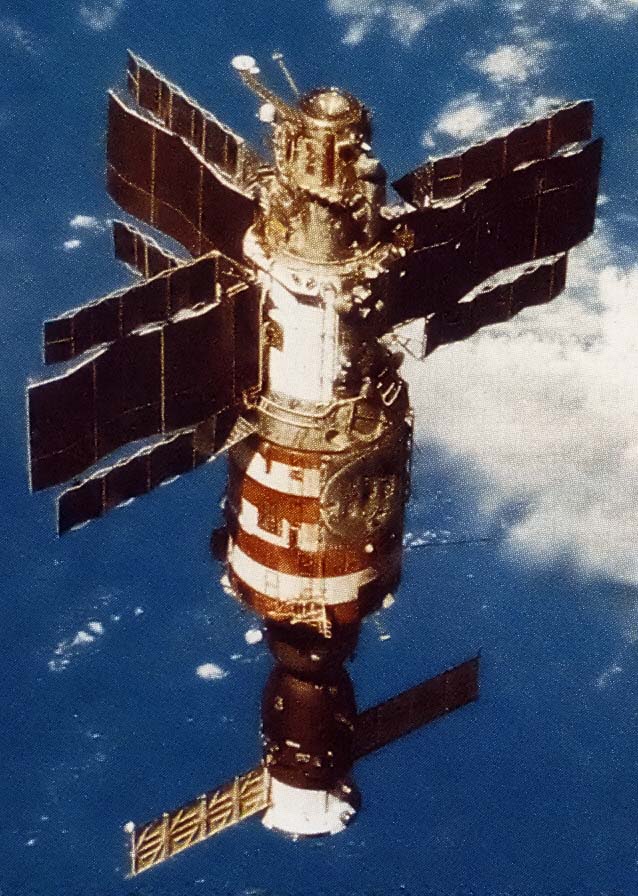 Neither space station lasted very long, however, and both were destroyed in re-entry after being in orbit for less than a year.

“Space is infinite. Man’s knowledge of space is finite. The sum of our understanding is not yet sufficient for us to comprehend how vast the dimensions of our ignorance.” –Senate report on space