Aside from being one of Hollywood's most memorable icons, Marilyn also held the titles of "Miss Cheesecake 1951," and the first-ever Artichoke Queen of California! 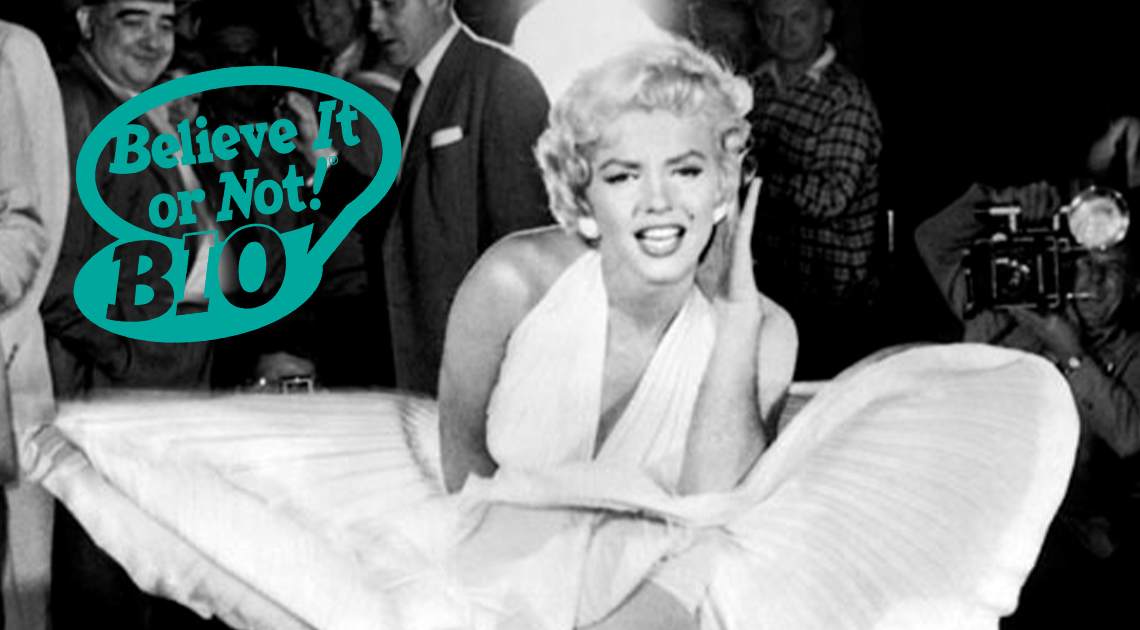 Marilyn Monroe is perhaps one of the most iconic pop-culture legends. The actress and public figure served as a symbol of Hollywood and all the glitz and glamor it stood for in the 1950s. She may have been typecast as a blonde bombshell with starring roles in the likes of How to Marry a Millionaire, but she was far more than a pretty, marketable face or vacuous starlet.

Her life was tragically cut short on August 4, 1962, at just 36 years old, but she lived in the fast lane and left a trail of extraordinary tales behind her. From the adorable, furry gift Frank Sinatra gave her to her not-so-glorious breakout moment as the first Artichoke Queen of California, here are some incredible facts you may not know about one of the most famous actresses of all time.

“Marilyn Monroe” wasn’t supposed to be her stage name.

The actress who became a global megastar as “Marilyn Monroe” was actually born Norma Jeane Mortenson. While stage names are nothing unusual for a star of her caliber, she would later become warranted one. What’s unbelievable is that it took some time before she settled on calling herself Marilyn Monroe.

Her sister reports that the name Marilyn Monroe originally decided upon was “Jean Adair,” which played off her real name. In the end, she settled on Marilyn, inspired by the actress Marilyn Miller, and Monroe, the maiden name of her mother.

In addition, Marilyn herself once stated that she was a direct descendant of James Monroe, the fifth President of the United States and the last President among the Founding Fathers.

Though she’s known for her impeccable beauty, Marilyn’s modeling career had a less-than-glamorous start. At the onset of World War II, she had a job making drones for the army. It was while she was working at the factory that she was spotted and became a model for pin-up photos to dispatch to the soldiers! 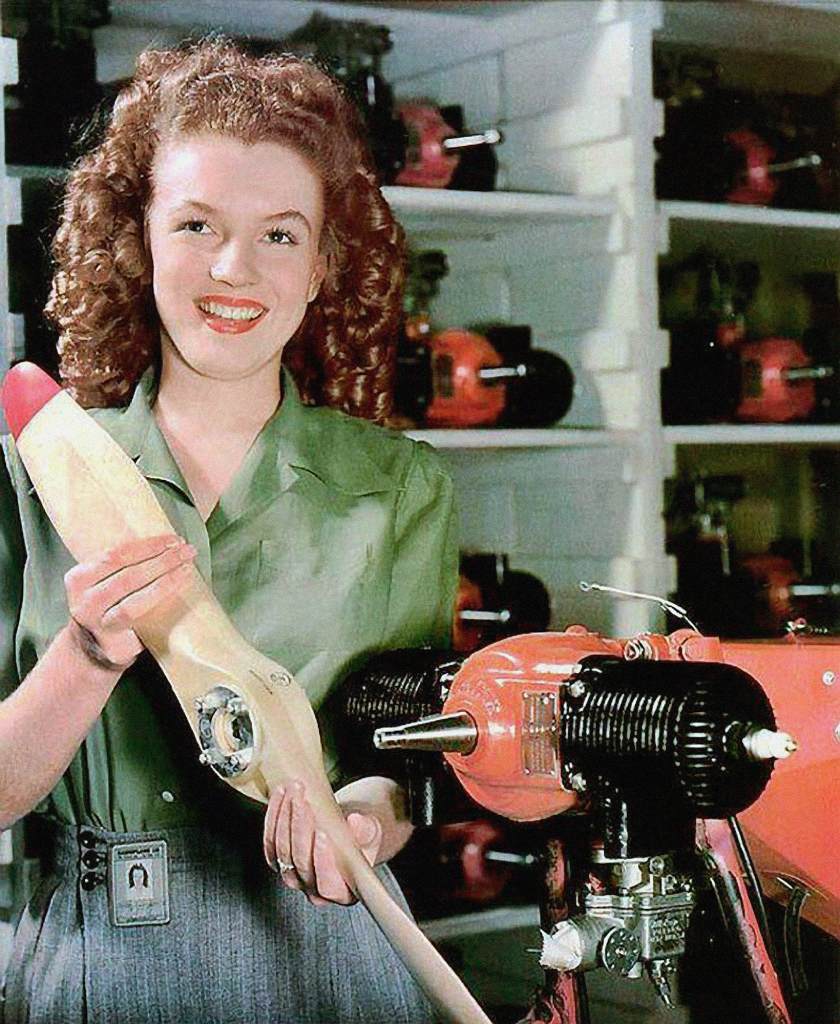 Later, Stars & Stripes magazine would declare her “Miss Cheesecake 1951,” a dubious honor for the patriotic Monroe.

Aside from her work in the field during World War II, where did Marilyn begin? With the proud early accolade of Castroville’s Artichoke Queen, of course!

Following her win in 1948, this small community would go on to be known as “The Artichoke Capital of the World.” But at the time, this wasn’t exactly the most prestigious title to take home. To make matters worse, Marilyn hadn’t even been the first choice for the honor! And yet, she was the first-ever Artichoke Queen of California.

Marilyn was so anxious in front of cameras that she often broke out in rashes.

There’s absolutely no doubt that Marilyn captivated the camera just as much as she did her audience. Here’s a woman who seemed born to be on the silver screen, but incredibly, that feeling wasn’t always reciprocated.

As Don Murray is reported to have said, Marilyn had tremendous issues with her confidence that would show in her craft. “She would constantly miss her marks, so she would be out of focus or out of the light or in a shadow,” said Murray, adding, “she was… terrified of going before the camera and broke out in a rash all over her body.”

Marilyn once studied with Jane Fonda.

Needless to say, as Monroe’s star continued to rise, she began to rub shoulders with well-renowned and respected stars. At one stage, struggling with her celebrity status, and wanting to prove that she was more than just a pretty face, Marilyn decided to commit to prestigious acting classes.

She was tutored by legendary actor and director Lee Strasberg for a year at the Actor’s Studio in New York. While there, she studied with the equally eminent Jane Fonda, who later recalled, “She and I would sit at the back of the room. She’d have no make-up on, dark sunglasses, and a scarf around her head. She was too scared to get up and do anything.”

Being such a force of nature, Marilyn had considerable influence not only over her own career, but she also kick-started the rise to fame of a friend: the then-unknown, Ella Fitzgerald!

Hard as it is to believe, the incomparable jazz singer may well owe her fame to Marilyn. The two women shared a bond that seemed impossible at the time, and Fitzgerald was certainly grateful for Marilyn’s friendship.

Despite her undeniable talents, the singer was having a terrible time securing bookings. As Fitzgerald herself later reported, “I owe Marilyn Monroe a real debt… she personally called the owner of the Mocambo, and told him she wanted me booked immediately.”

How amazing to think that one pop-culture icon, in a roundabout way, kicked off the career of another.

Marilyn owned a personal library of over 430 books.

One of the most commonly-stated facts about Marilyn Monroe is that her IQ was 168, putting her at the level of a genius.

The science of the Intelligence Quotient, as we know it today, was in its infancy during Marilyn’s life. As a result, there doesn’t seem to be any true documented evidence that she took the test and achieved this astonishing score. One thing we do know, however, is that she was a voracious reader.

Marilyn was frequently photographed with books in hand and owned a personal library of 430 volumes, including a number of first editions that would impress many a fellow bibliophile.

Marilyn’s most famously-worn dress sold at auction for nearly $5 million.

Both on and off the screen, Monroe’s sadly brief life was full of unbelievable moments. Perhaps the last of these show-stopping moments happened on May 19, 1962, when she sang Happy Birthday to the President of the United States, John F. Kennedy, at Madison Square Garden. 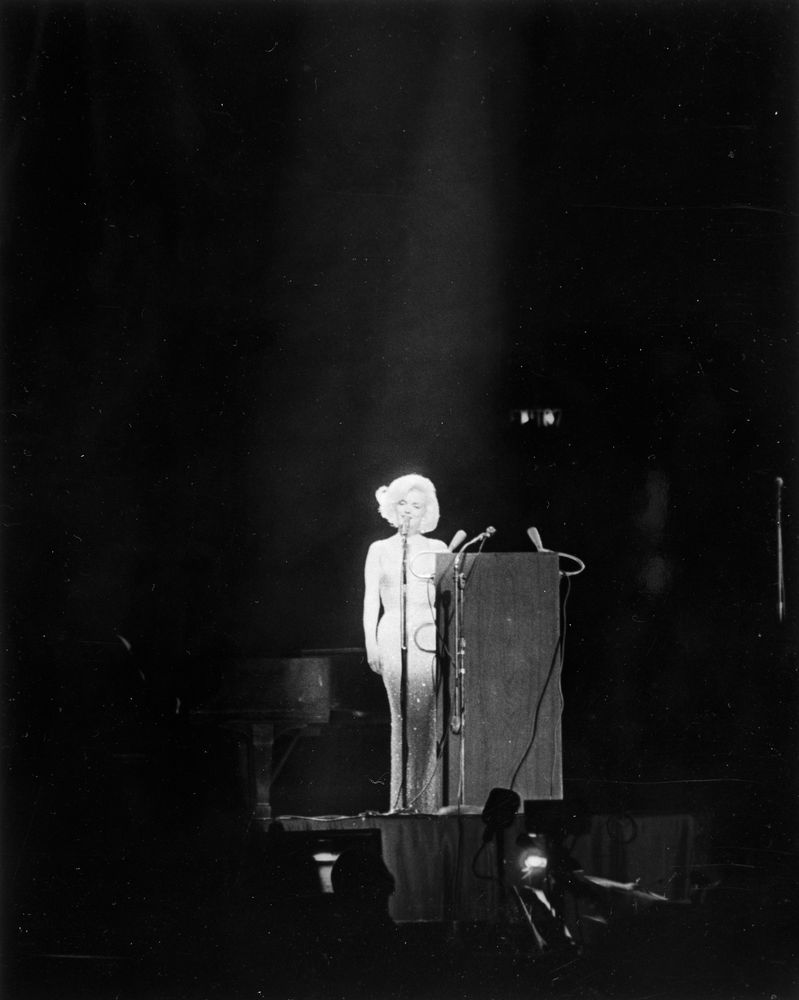 While the President’s birthday was actually May 29, the event was planned around a huge gala fundraiser. Needless to say, Monroe attended the glamorous occasion in one of the most stunning gowns to date.

The rhinestone-riddled gown, covered in more than 2,500 crystals, was put up for auction in November 2016, where it sold for $4.8 million. Marilyn’s dress now lives in our very own collection, here at Ripley’s Believe It or Not!

One of Marilyn’s beloved pups was given to her by Frank Sinatra.

Owning many canine companions over the course of her life, Marilyn was most certainly a dog person. In the early 1940s, she owned Ruffles the spaniel and Hugo the basset hound, who was given to her by her then-husband, Arthur Miller. She also had Josepha, a teeny chihuahua, Muggsie, a collie, and Tippy, a black and white canine, over the course of her life. But her loving pups didn’t stop there!

Marilyn also owned a Maltese, who was given to her by another one of her celebrity connections: Frank Sinatra! Mafia Honey was the dog’s name—Maf for short. She humorously named the pup after Frank’s alleged connection to the Mafia. After Marilyn’s passing, Maf was given to a member of Sinatra’s staff.

Even after death, Marilyn received roses from her husband, Joe DiMaggio.

After Marilyn’s tragic passing in 1962, her husband, Joe DiMaggio, had quite a difficult time speaking about and coping with the death of his wife. Despite their separation and marital issues, the two shared a love that lasted to her final days, and beyond. 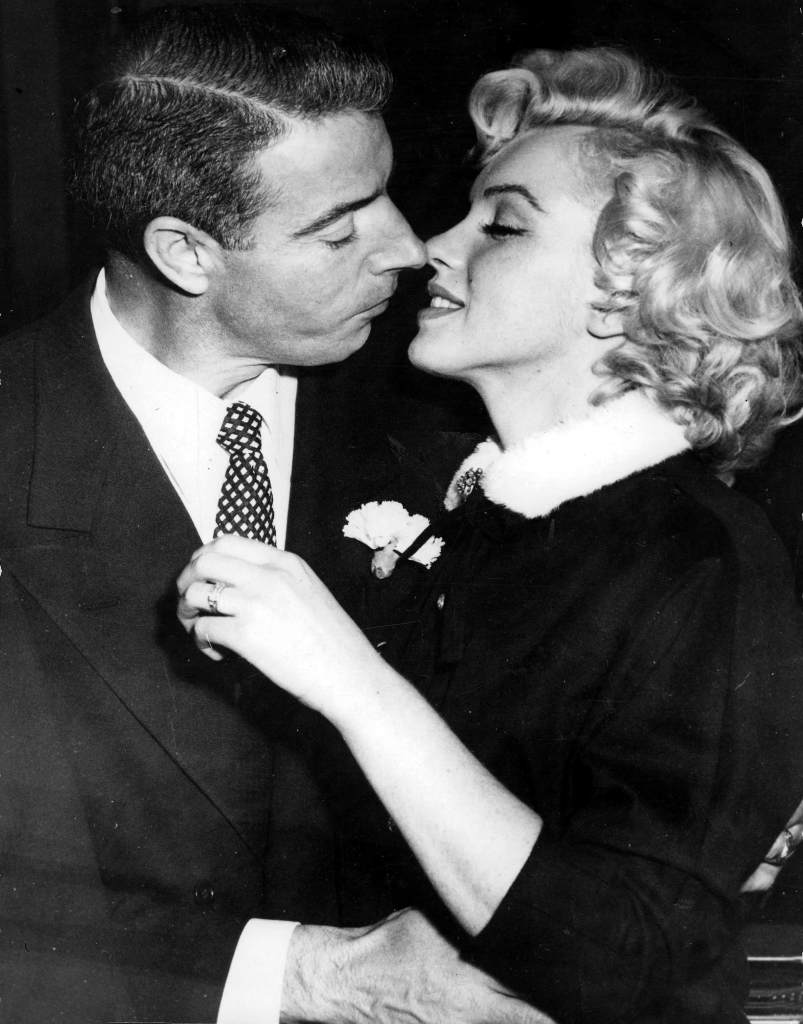 Marilyn Monroe and Joe DiMaggio after getting married at the San Francisco City Hall from the May 1961 issue of TV-Radio Mirror.

DiMaggio claimed her body and arranged for her funeral. He never remarried and rarely spoke about Monroe during his life. Following her passing, he organized to have roses delivered three times a week to her burial site for 20 years.

“I’ll go to my grave regretting and blaming myself for what happened to her,” DiMaggio is quoted as saying in Dinner With DiMaggio. “Sinatra told me later that ‘Marilyn loved me anyway, to the end.’”

Previous post The Curious History And Remarkable Reinvention Of The Pyrophone