He even gave his own fingernails and toenails to the statue.

The statue of Hananuma Masakichi is so life-like and so realistically detailed that you could easily believe you’re looking at a living person. Carved by the illustrious Japanese artist, Masakichi, the statue is a detailed self-portrait.

A practitioner of Japanese doll-making—known as iki-ninguo—Masakichi was already a famed creator of life-sized mannequins. After learning that he was suffering from tuberculosis at the age of 53, it’s said Masakichi endeavored to create a monument of himself for his beloved. He carved 2,000 individual pieces of wood and glued them together flawlessly to create a reproduction with seems that were so faint, that observers couldn’t even find them with the aid of a magnifying glass. There are no screws or nails present, Masakichi instead used dovetail joints and wooden pegs to hold the sculpture together. 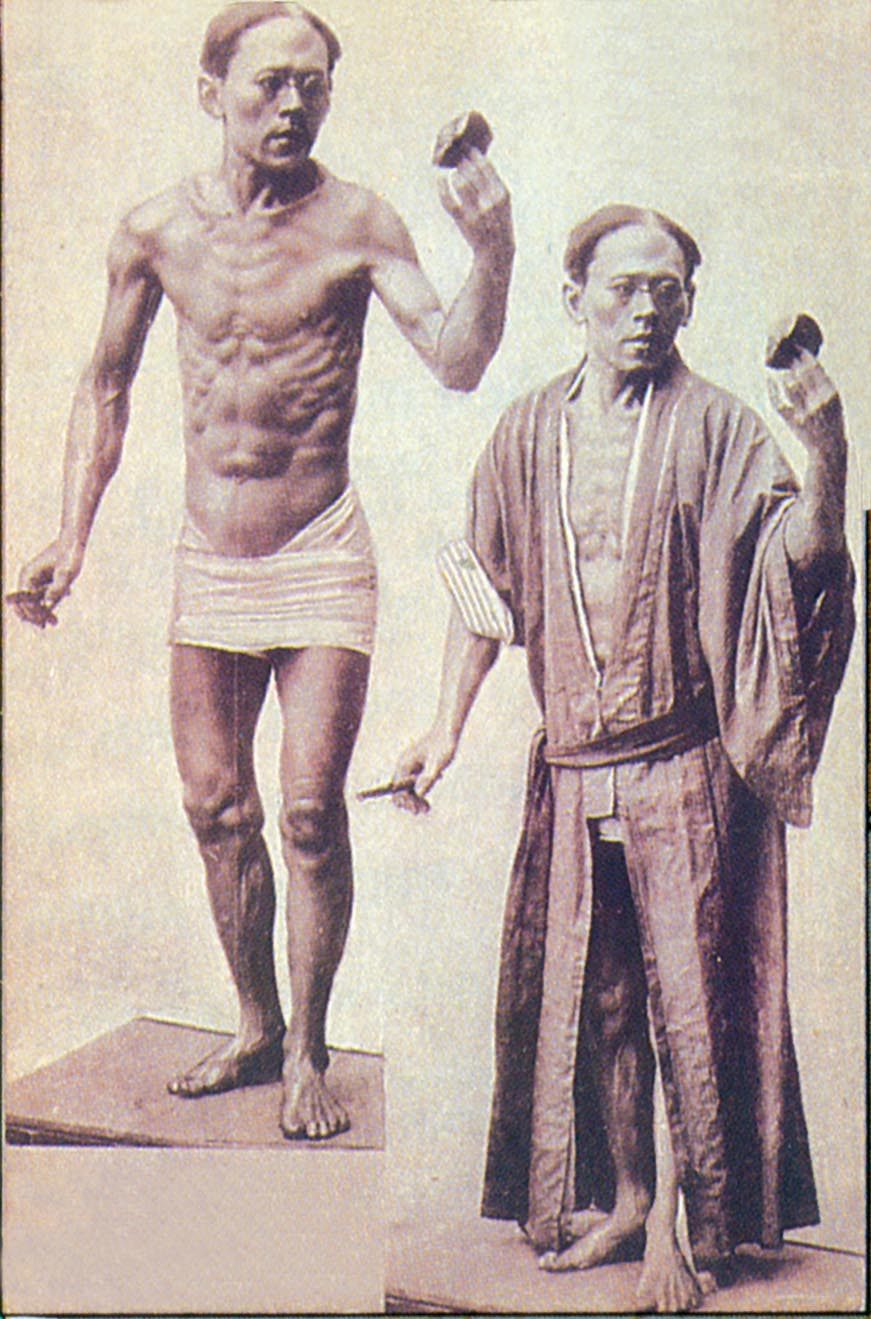 Masakichi used mirrors to mimic his own body. The size, proportions, and even textures match his own. He used the hair off his body on the statue, carefully drilling tiny holes on the wood and placing each follicle one at a time. Veins, tendons, muscles, and bones seem to lie just below the wood’s surface, but the statue itself is hollow. Terminally ill, Masakichi decided to use his own teeth, toenails, and fingernails to adorn his doppelganger. By the time he completed his work in the city of Yokohama, Japan, in 1885, word of his accomplishment had begun to spread. When he unveiled the sculpture, it’s said that he stood motionless beside it and that no one could tell which was the living Masakichi.

After Masakichi finished his magnum opus, he died nearly a decade later. Despite all his skill, he succumbed to sickness penniless. At some point, the statue left Yokohama and made its way to California. Making appearances at a few different bars, this is where a young Robert Ripley first heard of the lifelike statue. Believe it or not, the statue was an attraction at the San Francisco Art Saloon, appearing on coins that were redeemable for a free drink.

Ripley fell in love with the statue at the bar, but wasn’t able to purchase it until he reached Believe It or Not! fame. By that time, however, the statue had disappeared. Ripley spent 20 years hoping to find the statue again, eventually running into it in a curio shop. He bought the masterpiece for a mere ten dollars in 1934. 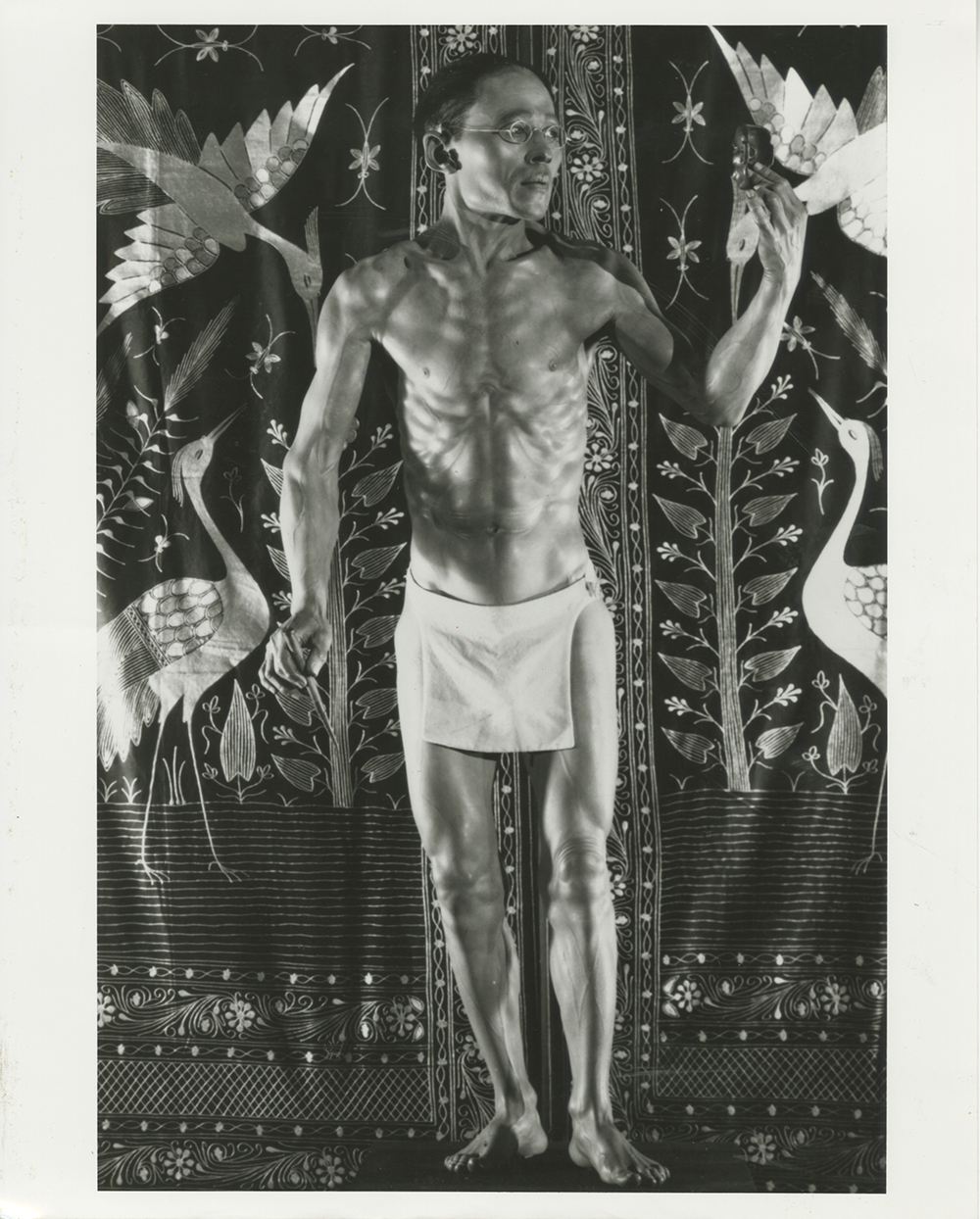 The statue of Masakichi immediately became Ripley’s favorite exhibit, and he sent it to be displayed immediately at the Chicago World Fair. After the fair ended, Masakichi spent much of his time on BION Island, where Ripley was known to engage in all sorts of hijinks with it. Notably, he liked to hide it behind closed doors and windows to scare his guests.

The Masakichi statue remains a standout exhibit in the Ripley collection to this day, though it was damaged for a time during the 1994 Northbridge earthquake. Masakichi has since been restored and is now on display at the Ripley’s Odditorium in Amsterdam.