Mood Rings: From ’70s fad and ’90s nostalgia to LCDs and NFTs

Mood rings used the same technology as some of our favorite modern-day devices — probably even the screen you’re reading right now! 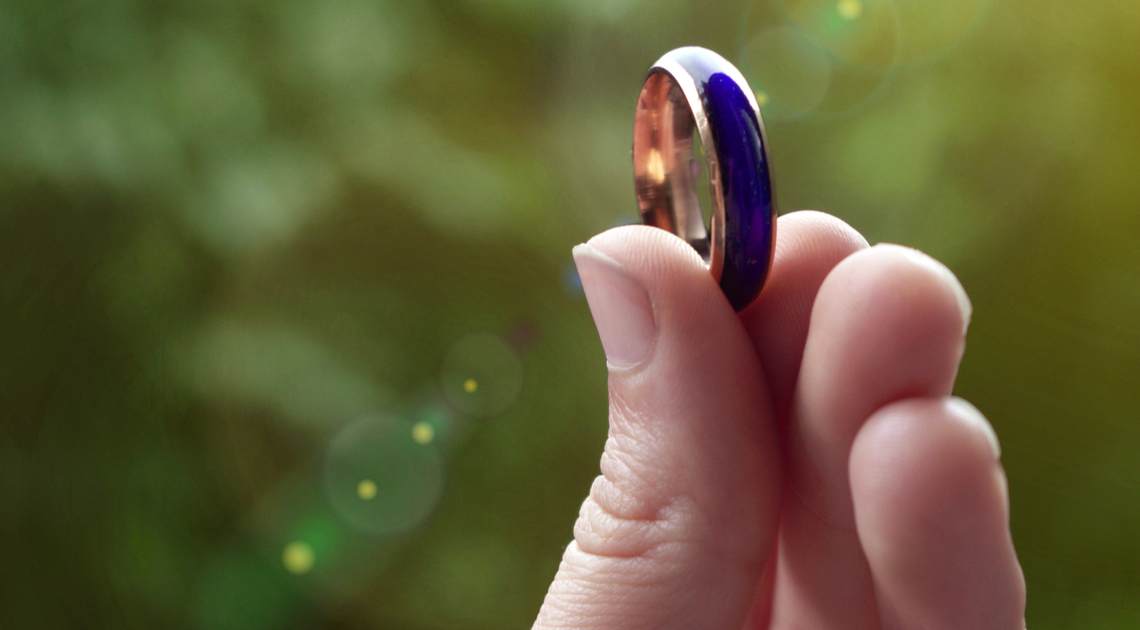 Commonly thought of as a novelty toy found in dollar stores and souvenir shops, mood rings began as a groovy ’70s fad that used the same technology as some of our favorite modern-day devices — probably even the screen you’re reading right now!

In 1975, two men with no relation to one another had the same aha moment: to create a color-changing ring to delight the masses. Of course, only one mood ring could rule them all.

Changing the channel back to the 1970s, the mood ring was a product of the “Me Decade,” during which Americans embraced individualism over national and political interests for one of the first times in history. With no Facebook, Twitter, Instagram, or TikTok to broadcast oneself, neo-narcissists used the color-changing rings to wear their feelings on their fingers.

Cashing in on this new sense of independence, jewelry designer Marvin Wernick got his idea after observing his doctor friend use thermochromic tape on a patient’s forehead. Meanwhile, the burned-out stockbroker Josh Reynolds came up with his design while studying biofeedback in his spare time, believing it could have wellness benefits.

Since Wernick didn’t patent his idea, and Reynolds (along with Maris Ambats) had better business connections, Reynolds’ became the ringbearer for the sensational trinkets.

Upon release, Reynolds sold silver-plated mood rings for a whopping $45 ($250 with inflation) and mood rings made of real gold for $500 ($1,152 with inflation). Despite the high prices, the public became enamored by the mood ring’s proposal. Even celebrities like Barbara Streisand and Sophia Lore got swayed into the hype, promoting mood rings on their fingers. People Magazine added to the intrigue, saying, “The Mood Stone you can trust… Mood Stone reveals all.” 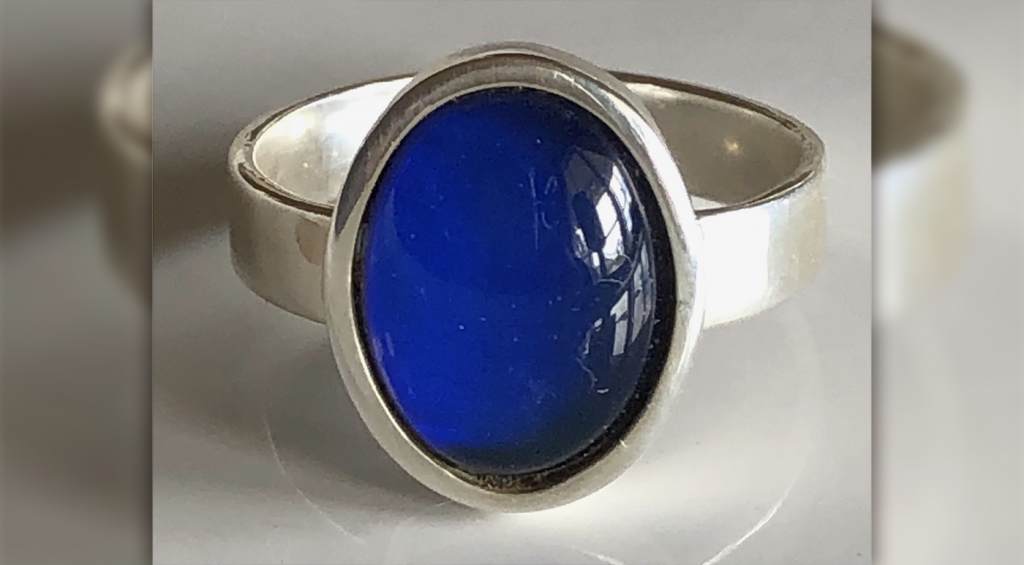 Reynolds made over $20 million in sales in just one year from his eye-catching product. Unfortunately, his product also caught the eyes of many cheap imitators, which led to a flooded market and Reynolds declaring bankruptcy just two years after the mood ring’s vibrant launch.

This setback was not the end for Reynolds, however, who went from ringmaster to Thighmaster when he released the iconic workout device in 1992.

In spite of the craze for mood rings, the science behind them didn’t work as advertised. While the gemstones appeared to be pretty rocks, they were merely cheap plastic. The real magic was within the liquid crystals underneath the gemstone that achieved thermochromism, meaning color would change based on heat.

Based on the mood ring chart below, the gemstone may turn reddish-brown when the wearer is anxious or black when upset. Reynolds believed that the ring would read the wearer’s inner body temperature to determine their mood — but did not account for external heat sources. Scientifically speaking, sweating from excitement or sticking your hand in a pot of boiling water would exhibit the same color change.

The science behind mood rings may not display your emotions as intended, but other forms of liquid crystal technology did create a different type of viewing experience.

Like the mood ring, the liquid crystals in an LCD screen change colors and configurations based on temperature. When you turn on your TV, the voltage from the fluorescent backlights activates the molecules in the crystals that adjust accordingly to whatever is happening on-screen.

LCD technology was founded in 1964 by George Heilmeier. He discovered that his invention could display a higher image quality at less power than a CRT (cathode-ray tube) television. CRTs divided a signal into three electron guns (red, blue, and green) to blast an image onto a phosphor display. 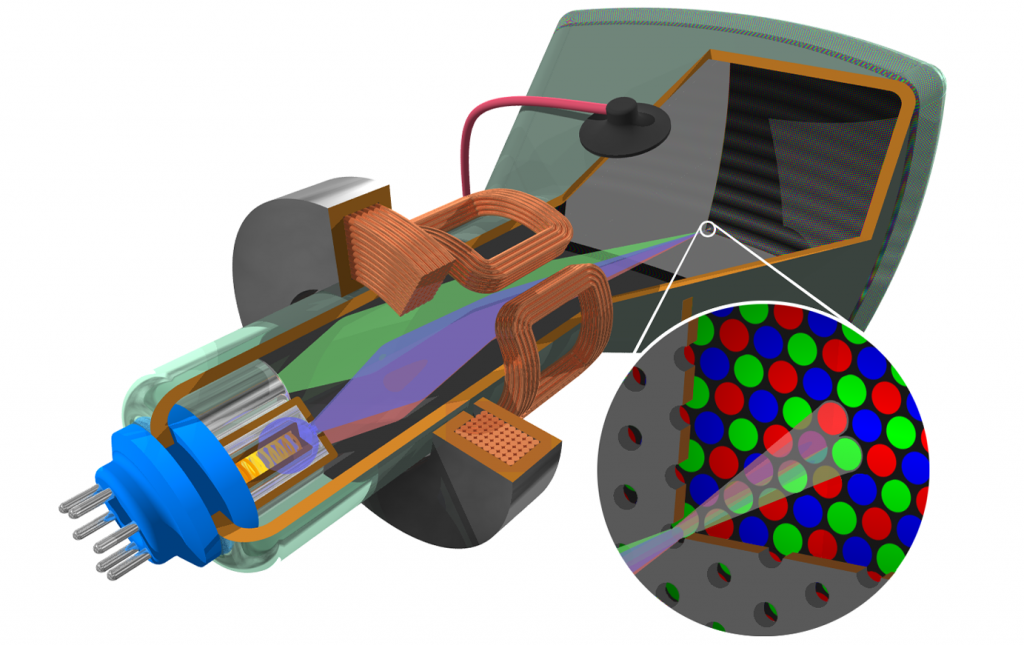 On an average 19-inch display, CRTs used 100 watts of power compared to an LCD at 45 watts. While Heilmeier’s discovery was ahead of its time, it would pave the way for the displays of many devices like laptops and smartphones.

Over the years, Americans have slipped back and forth between selfless and selfish jewelry. While they became more kitsch than cool in the late ’70s, mood rings came back moodier and cheaper than ever in the ’90s, and again in later years thanks to ’90s nostalgia.

In 2022, the liquid crystal technology of mood rings and LCD has come full circle. In partnership with mood ring creator Josh Reynolds, NFT Creative Enterprises has sold a smart wearable NFT of a gold mood ring (along with the real deal) for $65,000. A mood ring with liquid crystals inside of it is now displayable on an LCD screen.