They might have eight tentacles, but not all of them are arms! 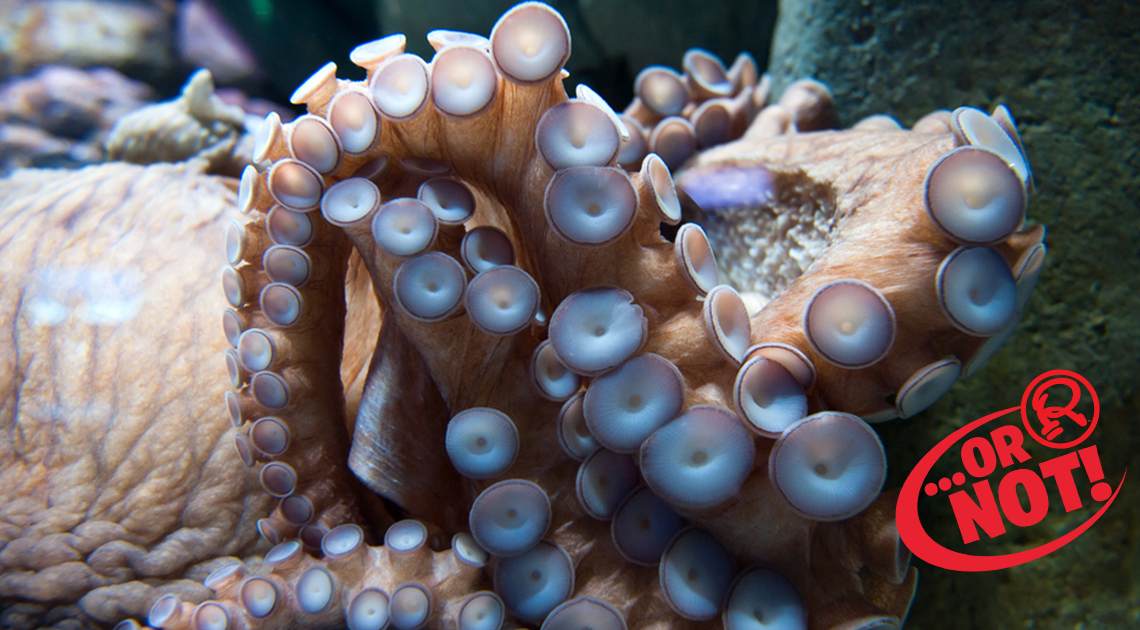 Octopuses have six arms and two legs, not eight tentacles as they are sometimes mistakenly called. The eight-limbed mollusks even have a preference when it comes to which arm they use for eating. Disturbingly, in rare situations, they’ve been known to consume their own arms. 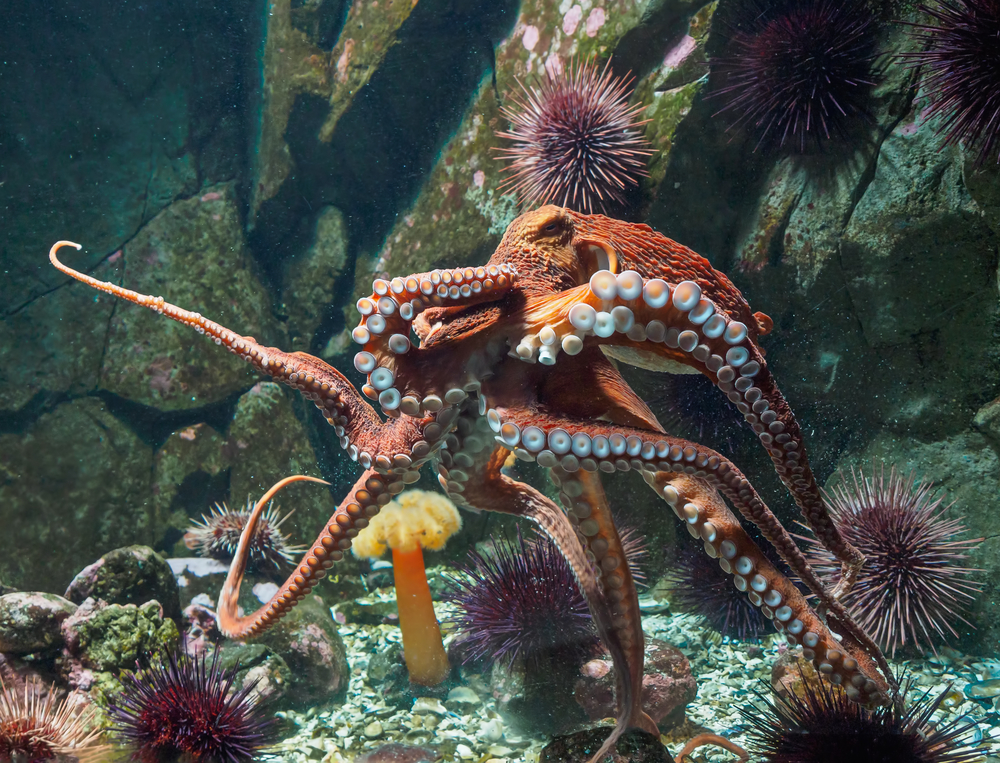 In a 2008 study released by researchers at Sea Life centers across Europe, scientists revealed that octopuses maneuver and crawl around the sea floor using two limbs located on the rear of their bodies. The remaining six limbs are predominantly used for feeding and propulsion.

Scientists analyzed octopus’ behavior and observed them pushing off with their back legs to get over rocks and the seabed. They used the remaining limbs to swim or propel themselves along the ocean floor.

The aim of the study was to determine if the world’s most intelligent invertebrates favor one side of the body or the other, or more specifically if they were left or right handed.

Following 2,000 observations of common octopuses, scientists concluded that cephalopods are ambidextrous; however, many prefer using their third arm from the front to eat. Researchers found that only octopuses who had a weak eye tended to favor one side of arms. This detail is useful for animal caretakers who can feed the cephalopods on their dominant side. 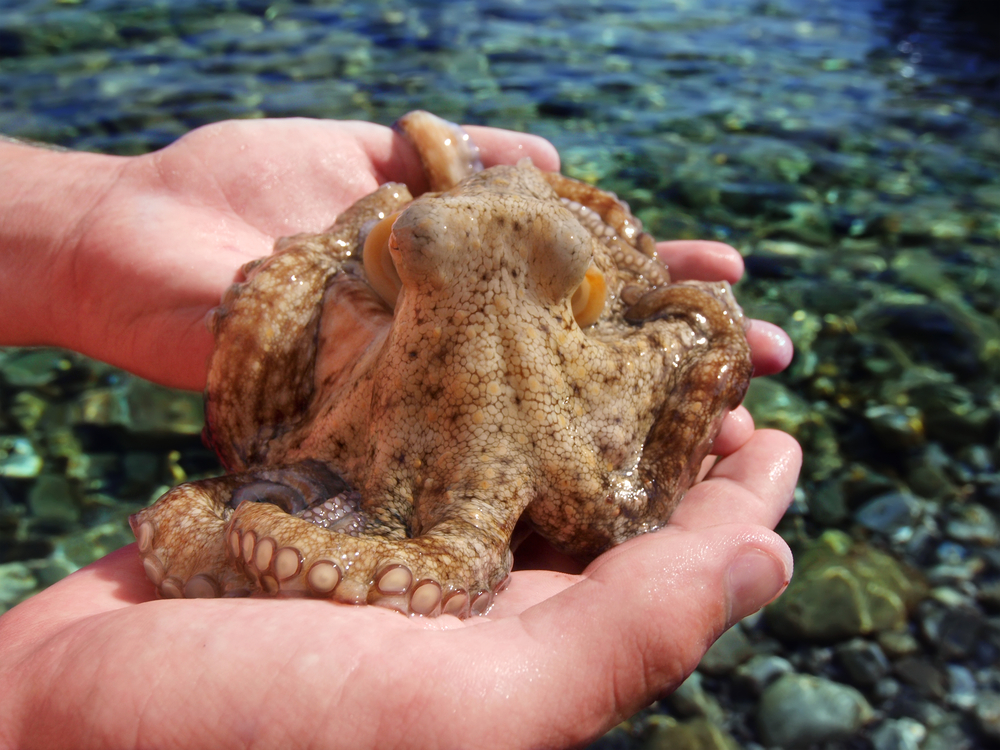 What about the suction cups on the underside of octopus arms? They are actually quite powerful. An average octopus has 240 suckers, and the larger ones can hold up to 35 pounds. The sea creatures can operate them individually and use them to move around and catch prey.

One alarming behavior involving captive octopuses occurs when they get bored. The intelligent cephalopods have been known to eat their own appendages if they are restricted to an environment that doesn’t provide them enough stimulation. This is known as autophagy. 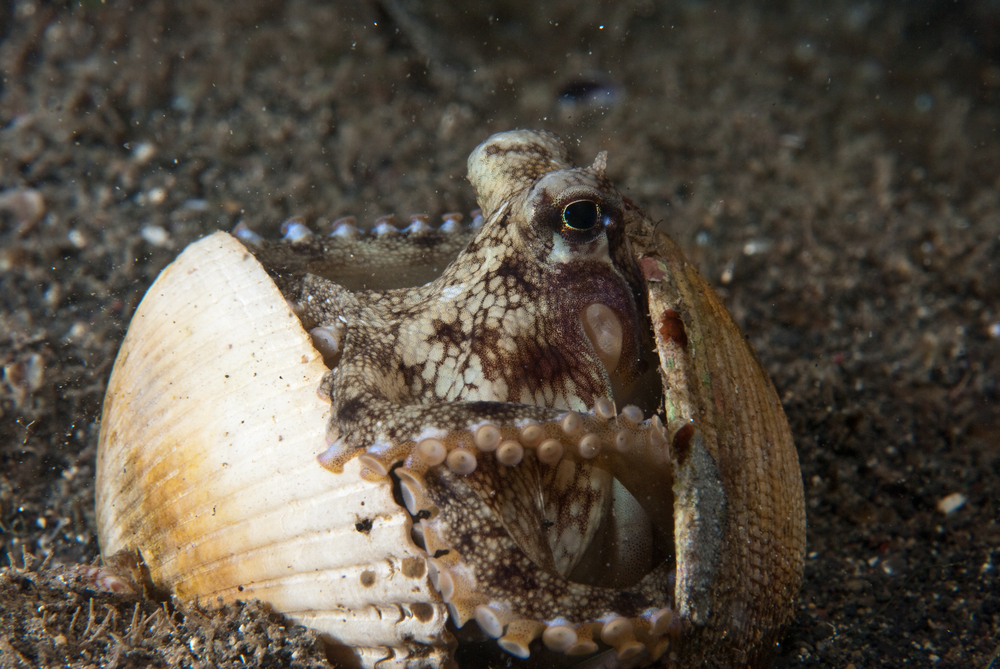 Octopuses also know how to use tools, just like chimpanzees, dolphins, and crows. For example, scientists have observed them stacking up coconut shells to create mobile homes. An octopus named Billye from the Seattle Aquarium was able to open a pill bottle with a snack inside. It initially took her 55 minutes to push, turn, and twist it open, but she eventually learned how to do the task in just five minutes.

And there’s an octopus from New Zealand named Ozy who twisted open a glass jar in just 54 seconds, breaking a record.

Next post Funeral Homes Were The First To Provide Ambulances