Could a cow really be to blame? 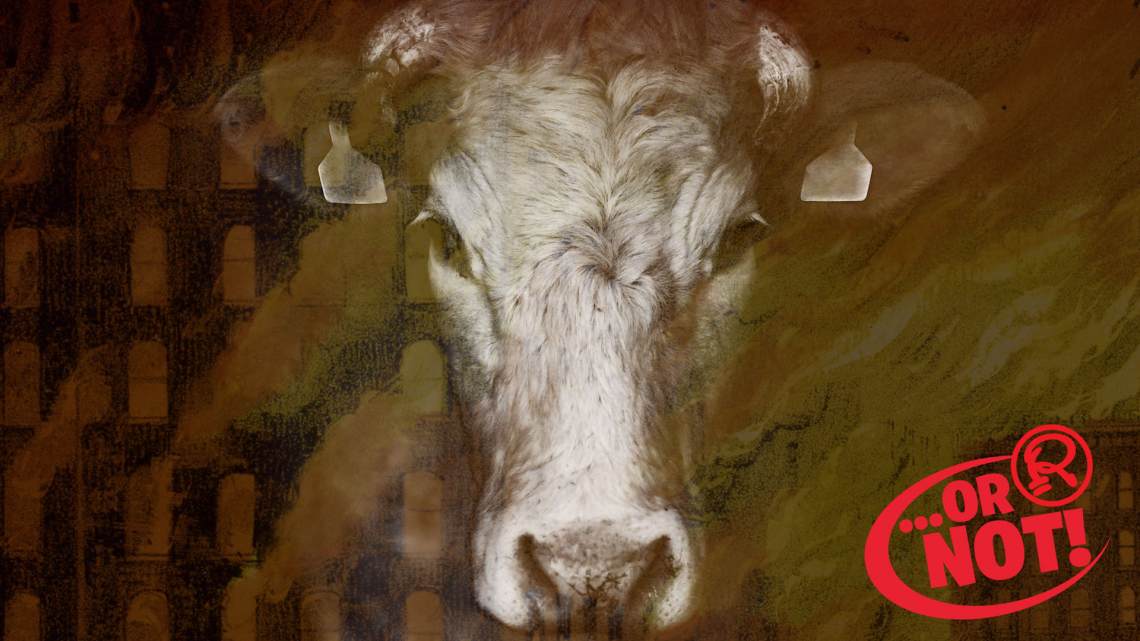 A Cow And An Inferno

The Great Chicago Fire occurred in 1871 and lasted from October 8th to the 10th. The fire caused what is thought to have been over $200 million in damages, destroyed more than three square miles of the city, and killed around 300 people. While the event itself was frightening, the rumors of how it started are strange—even comical—and most people will swear that an Irish woman named O’Leary and her cow were to blame. 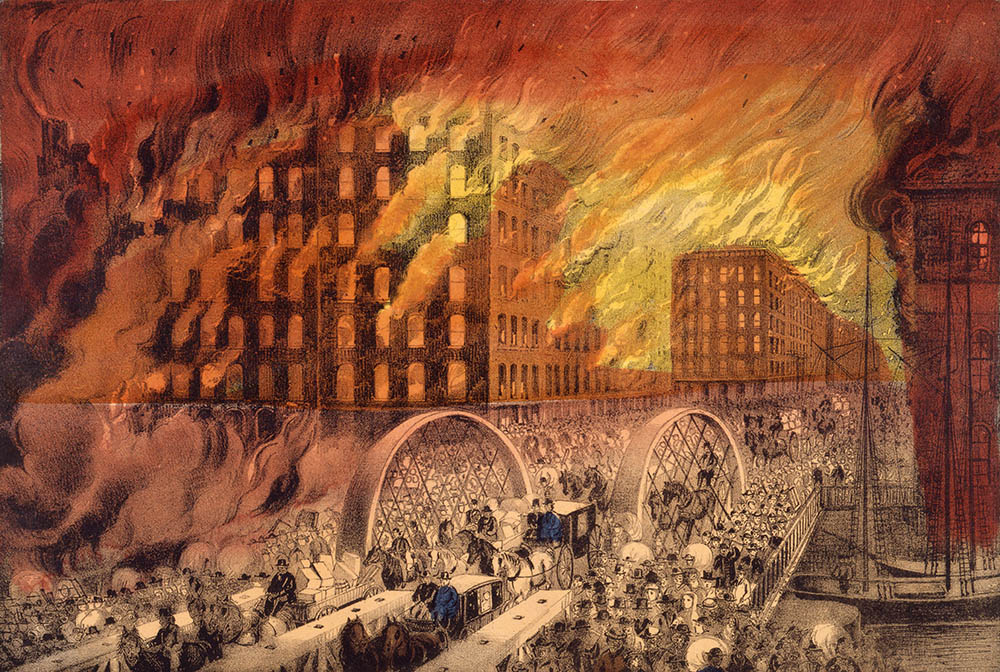 According to the well-known story, the cow tipped over a lantern while Mrs. O’Leary was milking it in the barn, starting a blaze that could not be tamed. There’s even a song about it.

“Late one night, when we were all in bed,

Mrs. O’Leary lit a lantern in the shed.

Her cow kicked it over,

Then winked her eye and said,

‘There’ll be a hot time in the old town tonight!’”

Though the fire did start in or near the O’Leary barn, the story about the cow was completely fabricated.

The Cow Was Not to Blame…

Part of the reason this rumor has endured for so many years is that it adds a bit of levity to the situation. The idea of a silly accident being the cause of the fire put an amusing face on a serious event that claimed lives and terrorized the city. People can laugh at the cause even though the destruction was immense.

Still, the story is untrue. Chicago Tribune reporter Michael Ahern, the newspaper man who originally published the cow-related tale shortly after the fire, retracted his statements in 1893 and said he had made it all up. Other reporters even claimed to have been in on the conspiracy or to have written the article for him. Though he hadn’t named the O’Learys in his original article, the damage was done by this point. 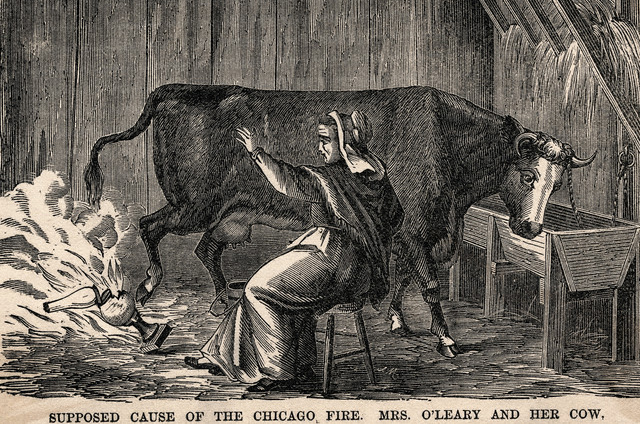 …And Neither Was Mrs. O’Leary

While the cow is the enduring part of the story today, much of the reason people readily believed the tale at the time was because of the anti-immigrant, anti-Catholic, and anti-Irish sentiments in the city. Mrs. O’Leary became a scapegoat for those who wanted to blame people unlike themselves for all of their problems. Reporters were also unkind to her, describing her home as squalid and depicting her as a drunkard or an old hag.

For years, Mrs. O’Leary claimed she had been asleep when the blaze started and that she hadn’t been milking her cow, but few believed her. She lived with the pain allotted to her as a result of this false rumor until her death in 1894. In 1997, the city council of Chicago exonerated her and her cow, even though neither was officially charged with any crime—and even though it made little difference to either at that point.

Then, Who Did Start the Fire?

There are plenty of other tales about who or what actually started the Great Chicago Fire, some of which include a thief who was trying to steal milk from the O’Leary cows, while others involve a raucous craps game that had been taking place the barn. Naturally, all of these rumors have about as much hard evidence in their favor as the story of Mrs. O’Leary’s cow, although the latter continues to endure.

Next post Lion And Weenie Dog Are Best Friends