What do North Carolina, Robert Ripley and Pearl Harbor Have in Common?

Ripley's Aquarium of the Smokies has a new Pearl Harbor exhibit opening this year, and we're taking a look at some of the history behind the exhibit. 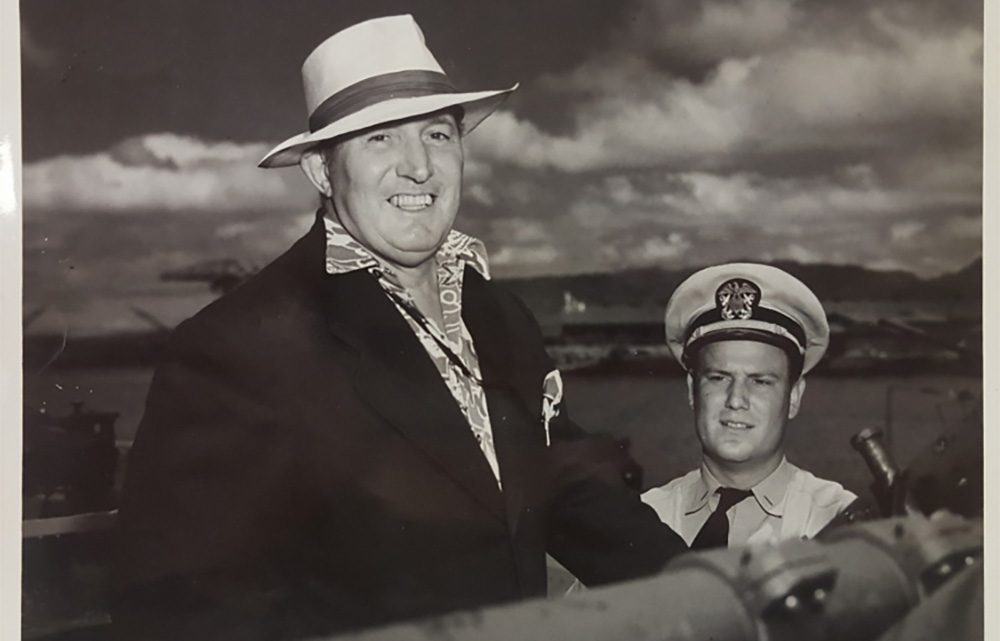 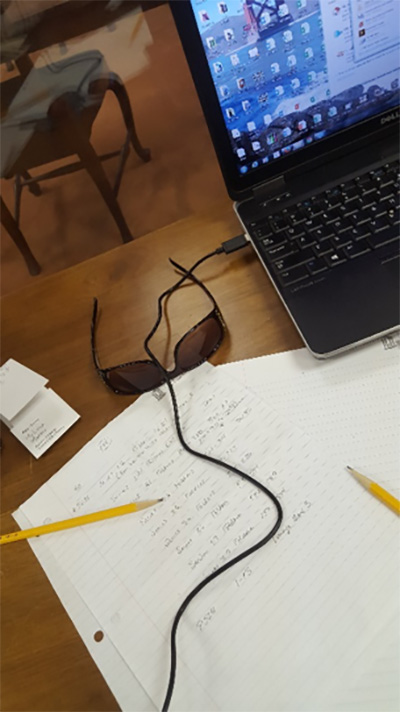 The desk of an Archivist

A Trip to Chapel Hill

Part of my “Archivist Extraordinaire” responsibilities include preserving, researching, and sharing the history of our company and, therefore, our founder Robert Ripley.

This led me (and our VP of Archives and Exhibits, Edward Meyer) recently to Chapel Hill, NC where we shut ourselves into an isolated room and spent hours searching through boxes and folders, filled with relics of the past.

Our search originated with talk of the upcoming 75th Anniversary of Pearl Harbor and Robert Ripley’s involvement in the origination of the U.S.S. Arizona Memorial, and ended with a plethora of information – including new documents and photos to our collection.

Before I tell you what we found, let me back up a bit and tell you how we got there.

During the height of Robert Ripley’s career, while he was traveling the world and setting the bar for radio and television broadcasts, his right-hand man was a guy named Doug Storer.

Doug got Ripley involved in radio and tv, traveled with him, helped him run the business and find new opportunities.  Doug’s wife, Hazel, also traveled with them, worked with them and became a friend of Ripley’s.

During their travels, Doug and Hazel collected artifacts right along with Ripley, took pictures, and documented their journeys.

When Doug and his wife, Hazel, passed away, they gave most of their collection to their alma maters – Doug went to Dartmouth and Hazel attended Chapel Hill. Some of what didn’t go to the schools ended up being added to the Ripley’s collection.

Back to our hunt. What we found included Ripley’s proposal for the U.S.S. Memorial and correspondence with the U.S. Navy.  Ripley’s plan included a boardwalk to the site and was estimated to cost $8.2 million. 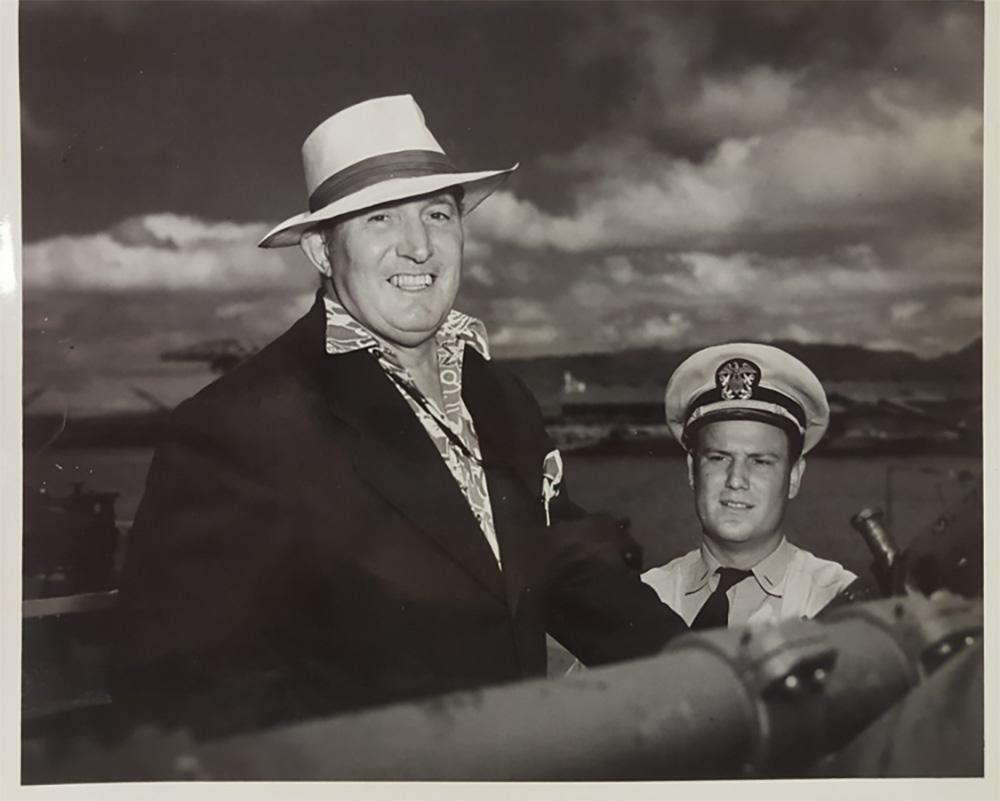 While his idea was not the eventual selection (today’s visit to the memorial includes a ferry boat ride to the site), Ripley was instrumental in spearheading the endeavor to honor the troops that performed their ultimate sacrifice.  In addition to the documents, we also found photos of Ripley at the site and fundraising memorabilia.

Can’t wait for our next adventure! 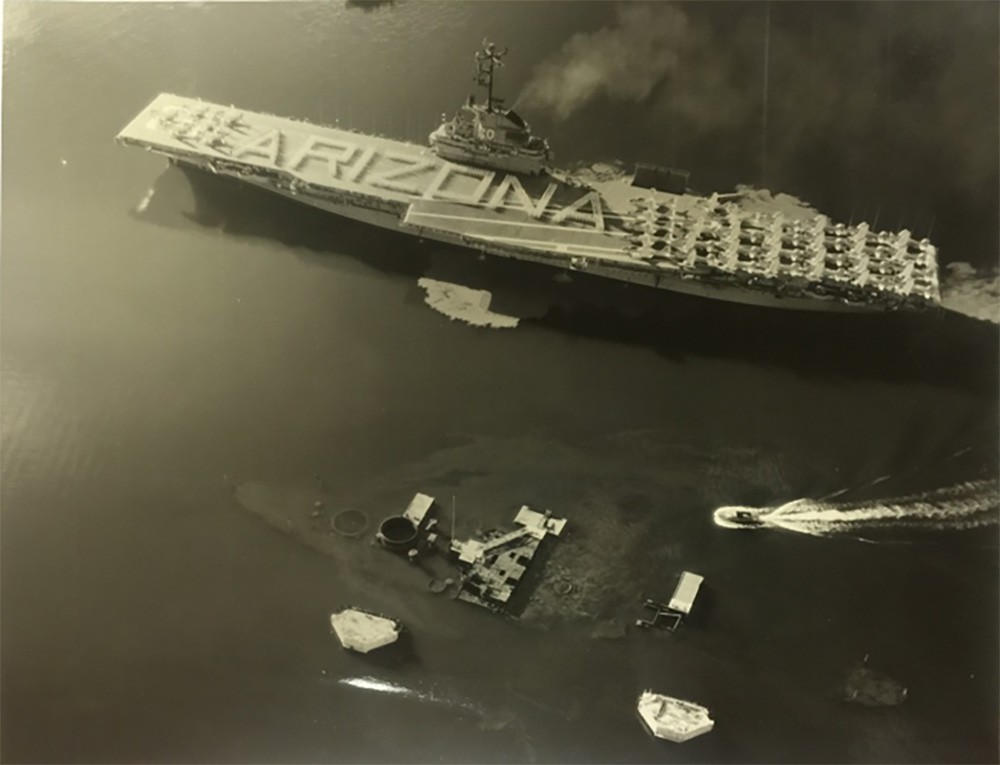 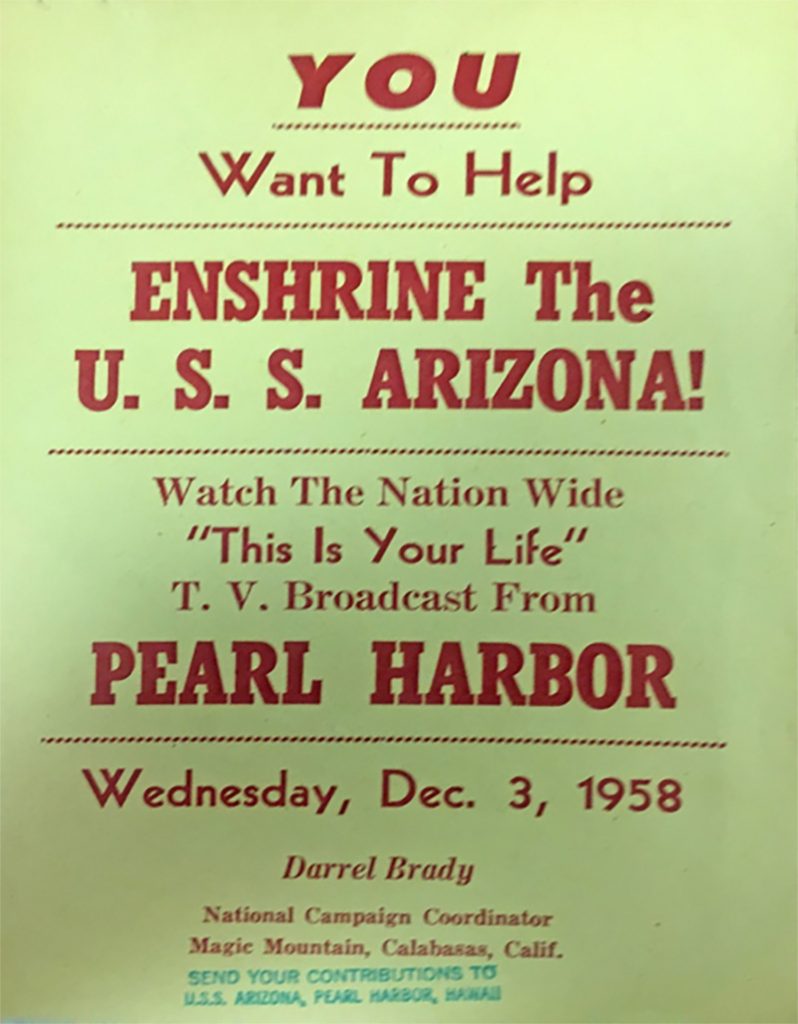 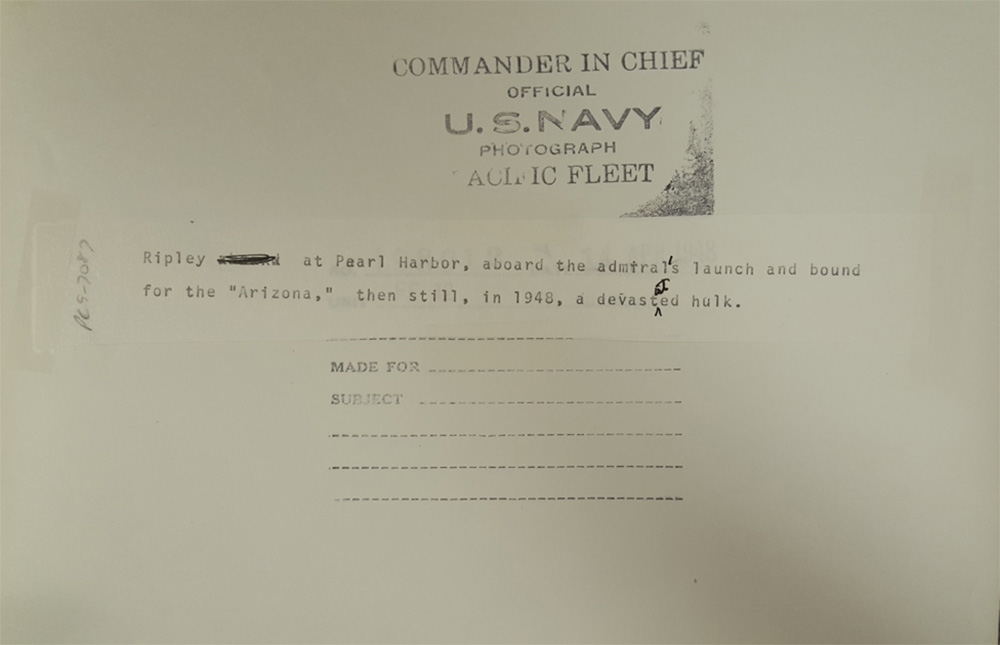