The weather conditions were best described as “cloudy with a chance of mackerel.” 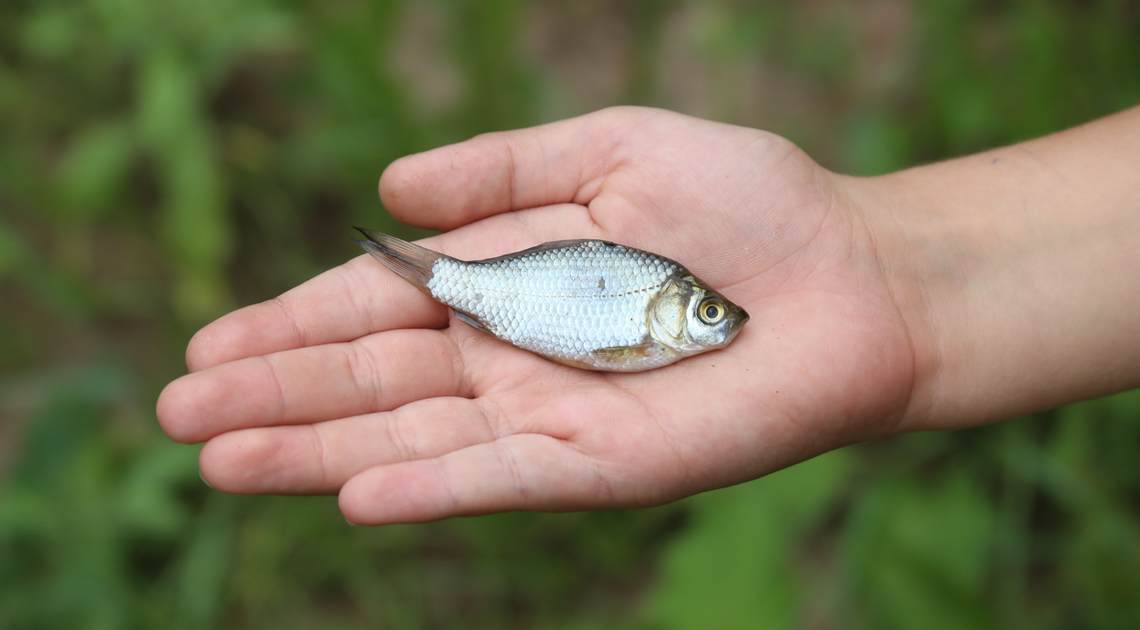 After a year full of strange weather patterns with destructive wildfires blazing along the West Coast, tornadoes ripping through the East, and Texas actually freezing over, 2021 ended with a splash as fish rained down over an East Texas town.

Residents of Texarkana thought they were seeing things, only to soon realize they were experiencing weather conditions best described as “cloudy with a chance of mackerel” as a steady stream of fish began falling from the sky.

All My Fishes Rain On Texas

The fin-tastic sighting was caused by “animal rain,” a rare phenomenon dating back to the third century AD, during which small animals like frogs, crabs, and even mussels are carried away by waterspouts or updrafts, morphing into a cloud of creatures before plunging back to Earth.

The splashdown only lasted a few minutes but impacted hundreds of witnesses, who immediately began commenting in the city’s Facebook post about the happening with images of fish splattered across town.

While there are many ways to tell someone it’s raining, the phrase “raining cats and dogs” may be the most whimsical. The first recorded use of the idiom dates back to British poet Henry Vaughan’s 1651 collection of poems, Olor Iscanus, in which he referenced a roof being protected against “dogs and cats rained in the shower.”

By 1710, the idiom evolved over the years with Jonathan Swift’s 1710 poem, “City Shower,” describing “raining cats and dogs” as a reference to severe flooding that left animals dead in the streets. Though Swift had other creative ways of referring to heavy rain, including “it’s raining pitchforks,” “cats and dogs” was as catchy as cooties, and the phrase stuck.

Why Cats and Dogs?

While we’d take a downpour of cats and dogs over getting whacked in the head by a cob of corn, exactly why our favorite fluffy friends had to be the victims of these storms remains unknown.

Some etymologists believe the phrase is a nod to Norse mythology, in which Odin, the god of storms, was often pictured with dogs, the symbol for wind, while witches were depicted with black cats, which later symbolized heavy rain for sailors. Under this logic, “raining cats and dogs” translates to “a storm with wind and heavy rain.” 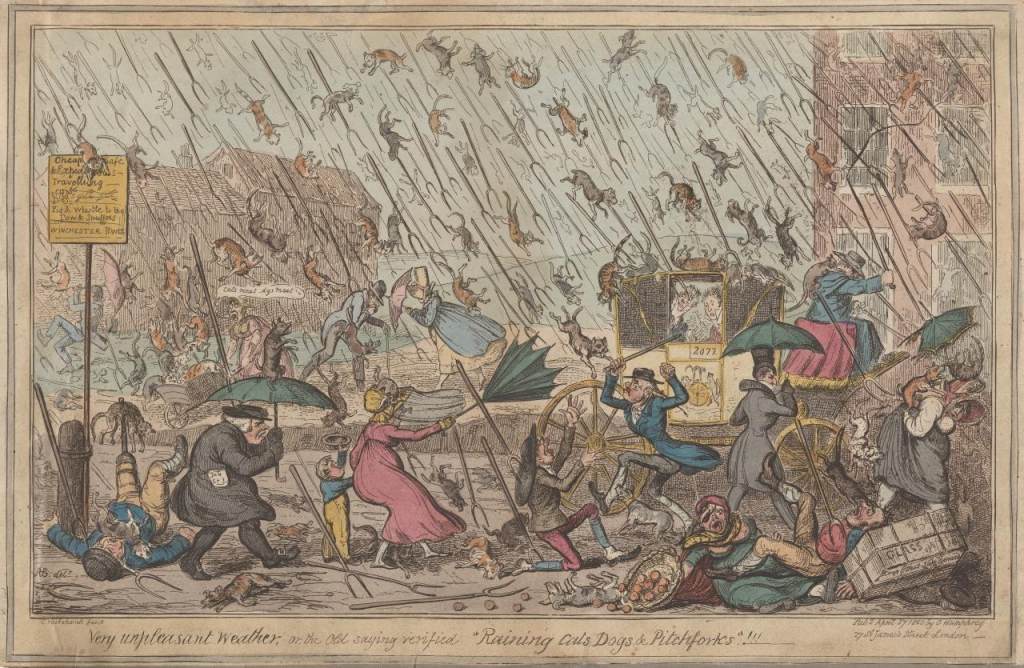 Another word study traces back to the Greek phrase cata doxa, meaning “contrary to experience or belief,” as in, “you won’t believe how hard it’s raining out there!” It may also reference the Greek word, κατάδουποι, or the Cataracts of the Nile, as if to say “it’s raining waterfalls!”

Get the Smell Out of Dodge

TLC taught us not to chase waterfalls, so we’ll go ahead and imagine a world where some lucky kid praying for a pet was blessed with cats and dogs falling from the heavens straight into their arms. Considering that Texas is still trying to get the fish the smell out of their town, maybe it’s not so unbelievable!