Scrimshaw is the name given to handiwork created by whalers made from the byproducts of harvesting marine mammals. It is most commonly made out of the bones and teeth of sperm whales, the baleen of other whales, and the tusks of walruses. 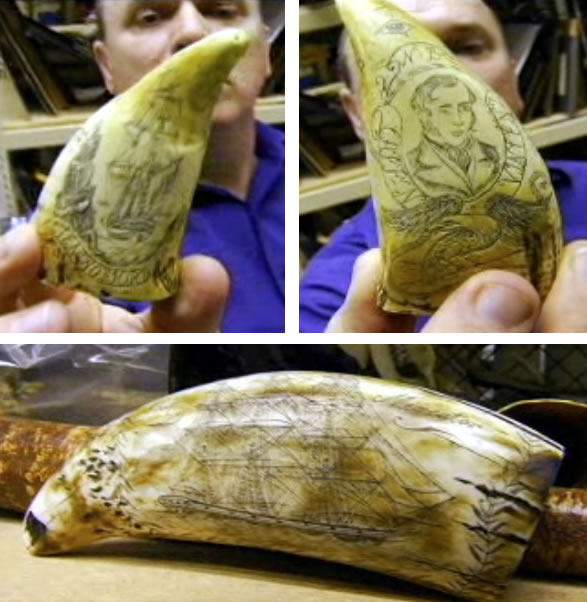 It takes the form of elaborate engravings in the form of pictures and lettering on the surface of the bone or tooth, with the engraving highlighted using a pigment, or, less often, small sculptures made from the same material. However the latter really fall into the categories of ivory carving, for all carved teeth and tusks, or bone carving.

The making of scrimshaw began on whaling ships between 1745 to 1759 on the Pacific Ocean, and survived until the ban on commercial whaling.

Narwhals: The Unicorns of the Sea

The Narwhal (scientific name: Monodon monoceros) is one of two species of cetaceans in the family of white whales (Monodontidae); the other being the Beluga. 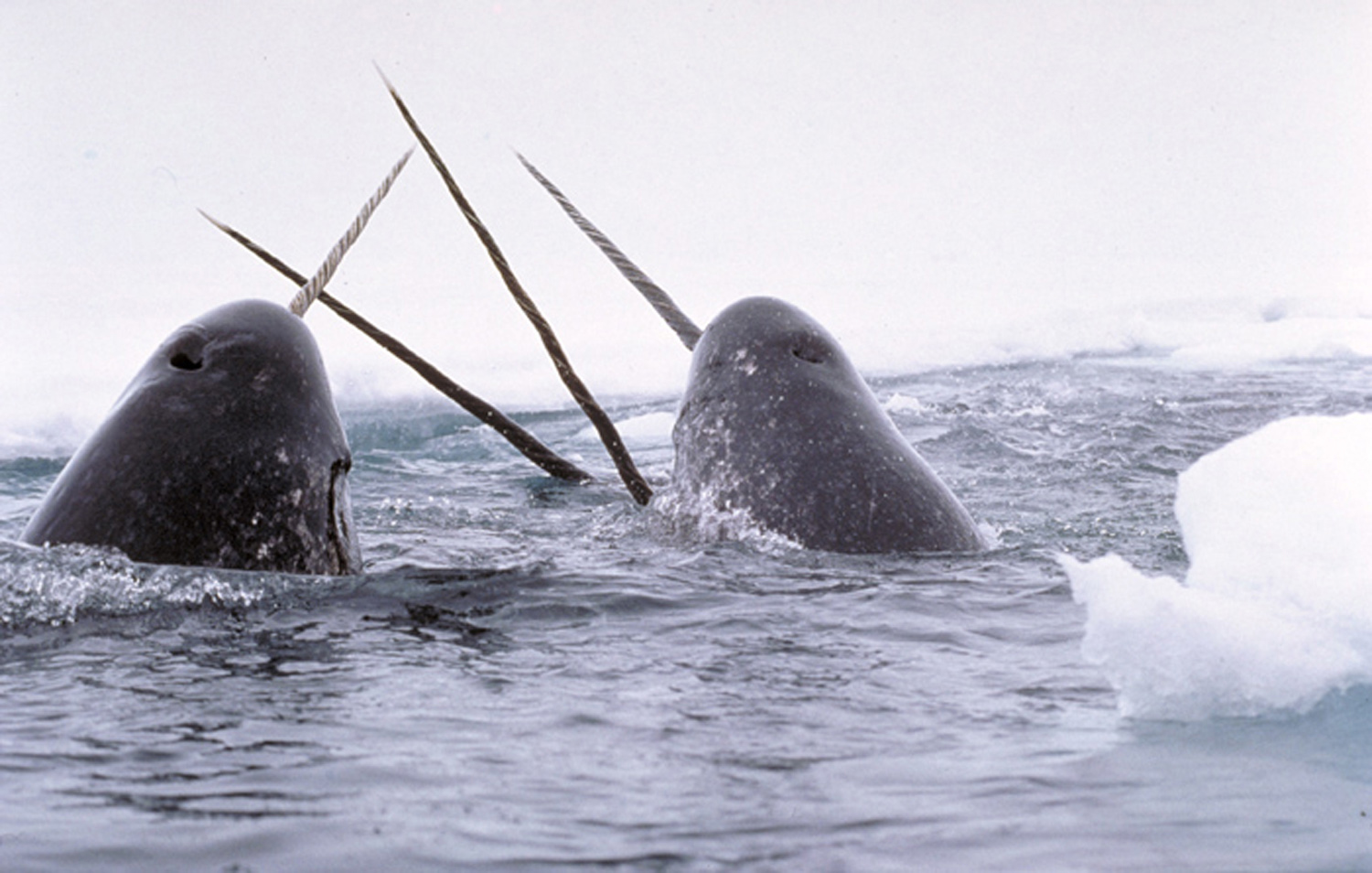 A pod of narwhals

“Believe it or Not the Narwhal’s tusk are the only thing in nature that spiral counter-clock-wise, every thing else spirals clock-wise”Famous for its unicorn-like single tusk, Narwhals have inspired legends in many cultures and throughout history have been revered across the world.

The tusk is just an overgrown left tooth, since narwhals only have two teeth. Only males grow the unicorn-like tusk. 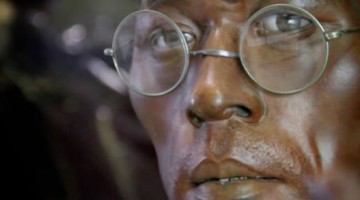