Can A Shark Really Smell A Drop Of Blood From A Mile Away?

Their sense of smell and olfactory systems are a hundred times stronger than a human's. 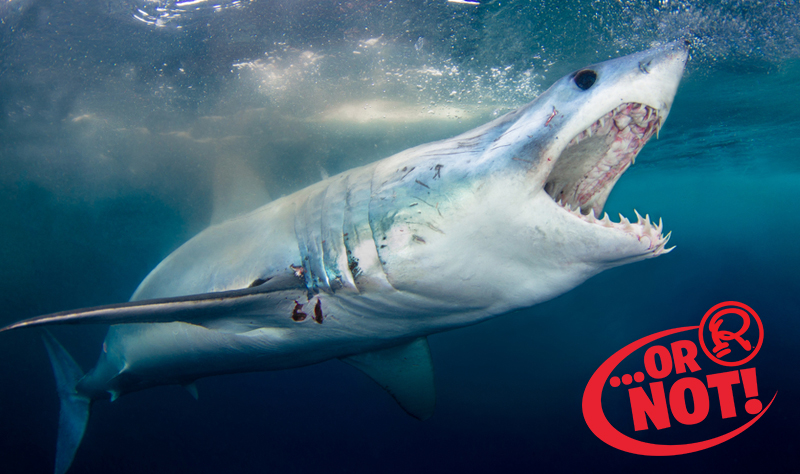 Today: Can sharks smell blood from a mile away?

The Scent of Blood

Even though there’s just a 1 in 3.7 million chance of being killed by a shark, people are so fearful of the predators that they’ve developed myths about them—such as their ability to smell a tiny drop of blood from miles away.

While sharks do have a strong sense of smell, this statement is largely overblown. Some sharks can identify blood a quarter-mile away, but the scent doesn’t reach them instantaneously or necessarily cause them to attack. 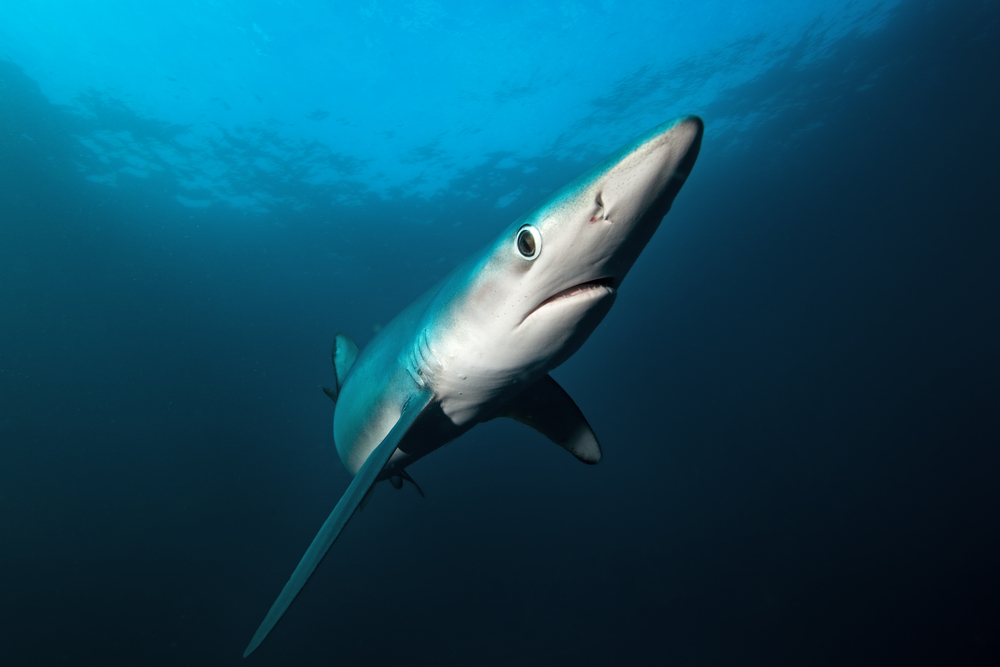 Sharks have a heightened sense of smell and olfactory system that is hundreds of times stronger than a human’s. Their nostrils, located beneath their snouts, are used only for smelling and not for breathing. They do have the capacity to detect tiny amounts of various compounds in the water. Some types of sharks, such as the lemon shark, can even detect a scent in a large swimming pool or a substance that is several hundred meters away.

But a shark more than a quarter-mile away won’t smell your blood and decide to make you into a yummy snack. Smells reach a shark through the currents, and it would take time for the scent to travel that distance to a shark’s nostrils. The motion of the ocean carries smell molecules with it, so, the more motion, the faster the smell will travel.

If you do start to bleed while swimming in the ocean, there is some time to get safely to shore in case a rogue shark decides to attack. 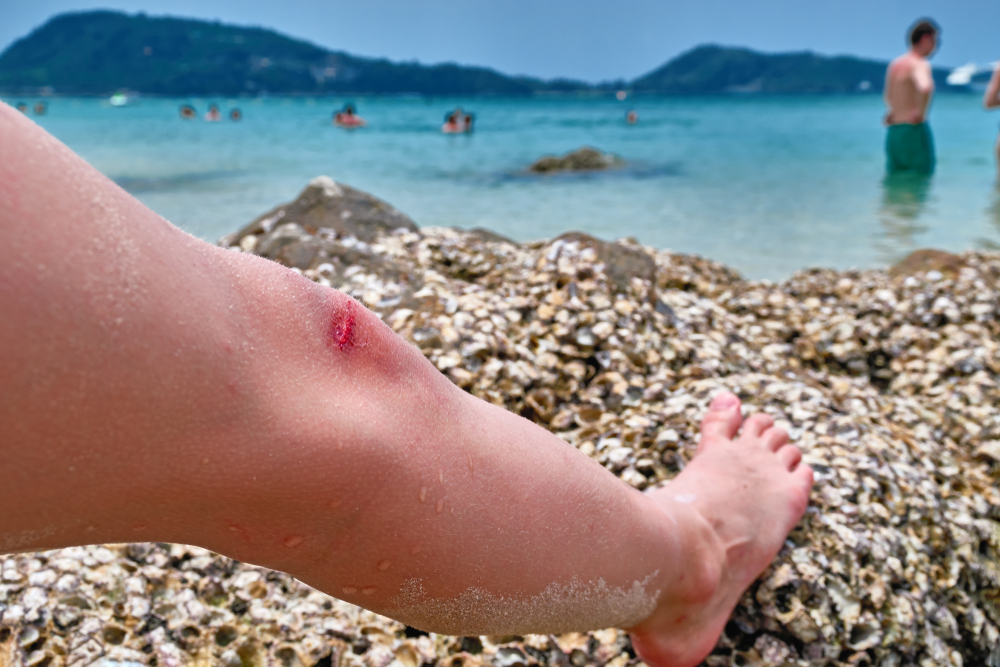 Sharks really don’t like human meat and generally aren’t interested in the bodily fluids people excrete. “You can smell a landfill, but it won’t make you want to eat it,” noted Dr. Steve Kajiura of Florida Atlantic University’s Shark Lab.

The lemon shark, for example, can detect a small drop of blood in the water. But they are particular about what they eat.  They enjoy munching on bony fish, mollusks, and crustaceans. Sometimes they will eat a seabird or a small shark. Humans are not on the menu. 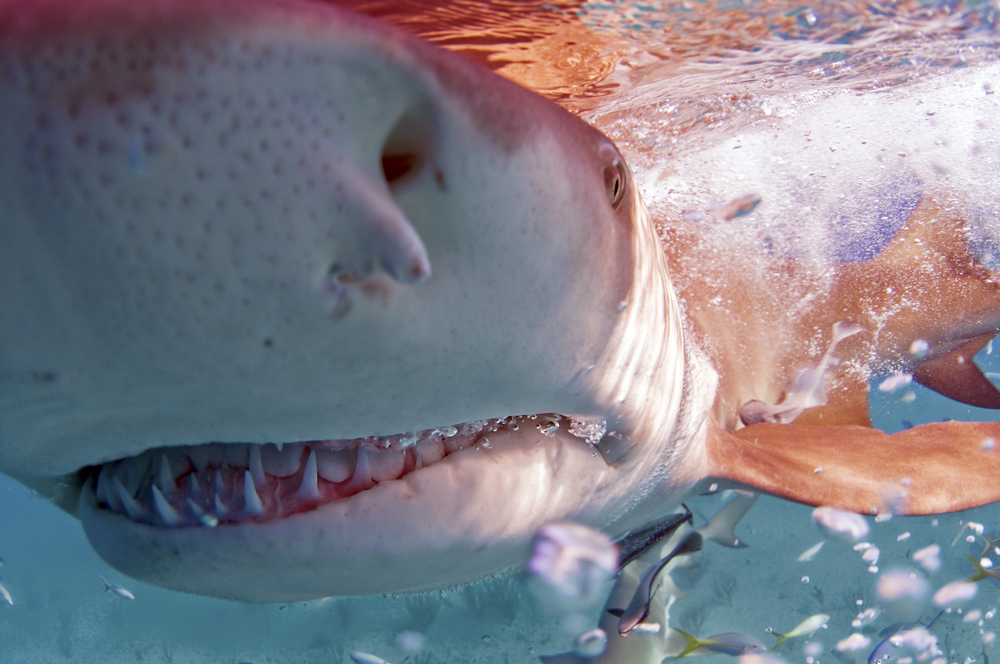 A lemon shark giving a diver a sniff.

Menstruating women can also relax. At most, a woman will secrete 80 ml of blood (around 6 tablespoons) and not all at once. To top it all off, according to National Geographic, 93 percent of shark attacks around the world between 1580 and 2010 were on males.

An average of 10 people die a year in shark attacks, which are usually the result of mistaken identity. Some types of sharks whose diet consists of sea lions and seals may bite a human to see what he or she tastes like. That test bite can be fatal because a shark’s numerous teeth can cause uncontrollable bleeding.

By Noelle Talmon contributor for Ripleys.com

Next post Dive Into This Aquatic Dreambox Made Entirely From Paper

Previous post The Soviet's Tsar Bomba: The King Of Bombs