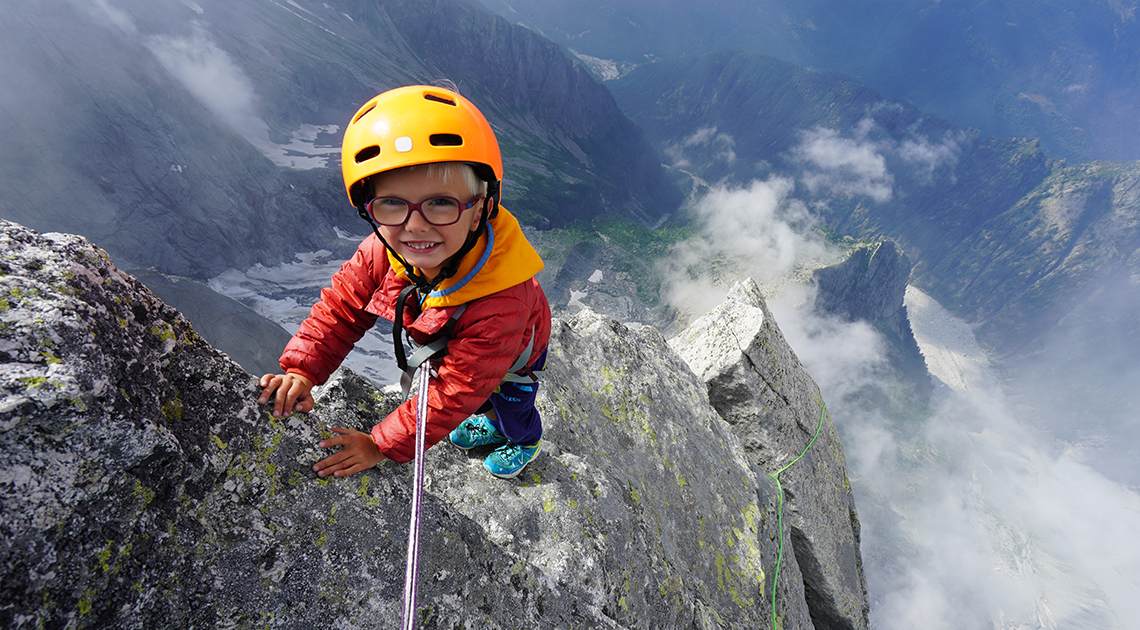 On Top of The World

Professional explorer Leo Houlding is no stranger to climbing. He’s been doing it since he was 10 years old and has made many major expeditions across the globe including to the summit of Everest, remote Arctic and Antarctic peaks, Yosemite, and jungles of South America.

Leo recently introduced his wife and children to new heights, quite literally. There’s no denying this UK-based family felt on top of the world (pun intended) during one of their most recent excursions. 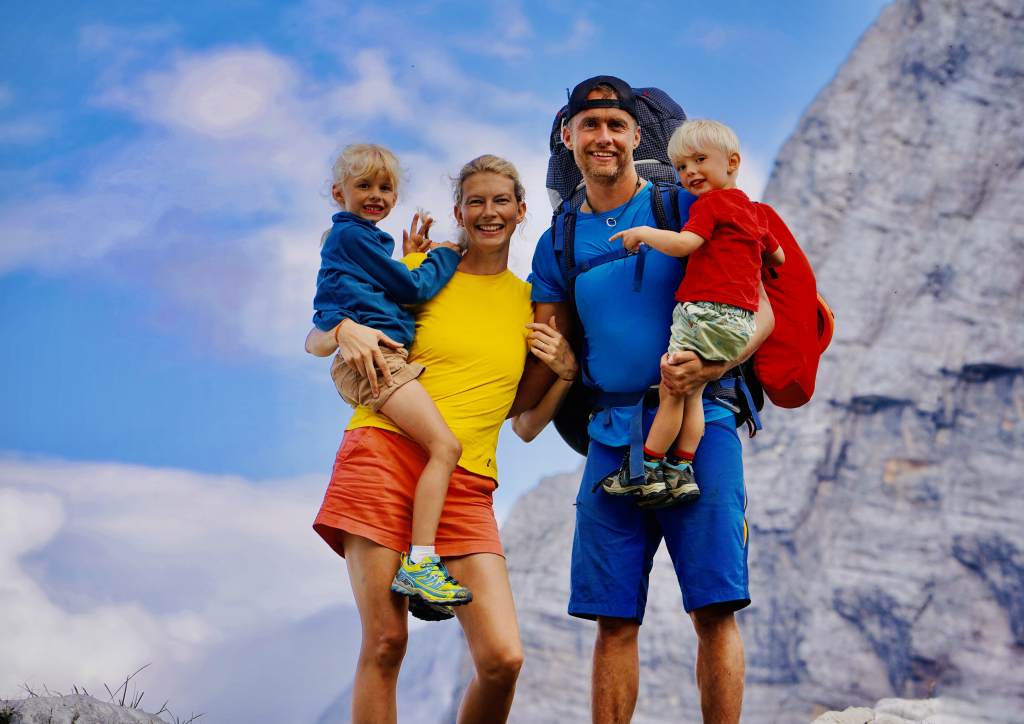 A Family That Climbs Together, Stays Together

This past year, Leo decided to celebrate his 40th birthday by showing his two children, Jackson and Freya, and wife Jessica, what he loves most: climbing cool mountains and exploring new lands. The family spent four days together scaling the north ridge of Piz Badile, part of the picturesque Alps on the border of Switzerland and Italy. 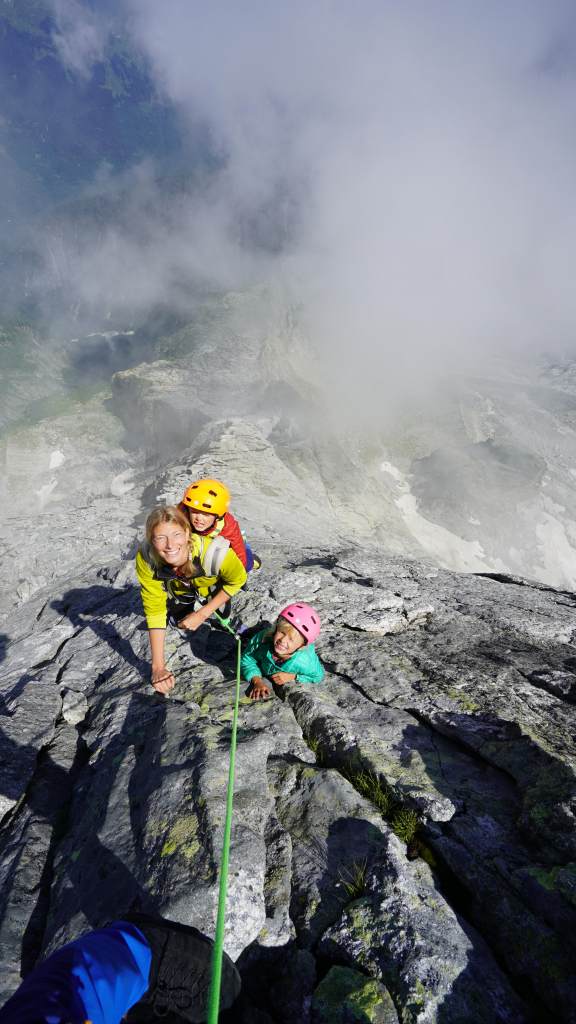 Freya made the trek on her own two feet, and Jackson was carried up most of the way in his mother’s backpack carrier. It took the family several days to complete the climb, and they spent the fourth night in a cliffside hut. There was a huge drop in the cliff just a few feet from the hut’s door (warning: don’t look down!). The other nights were spent in bivouacs shelters. 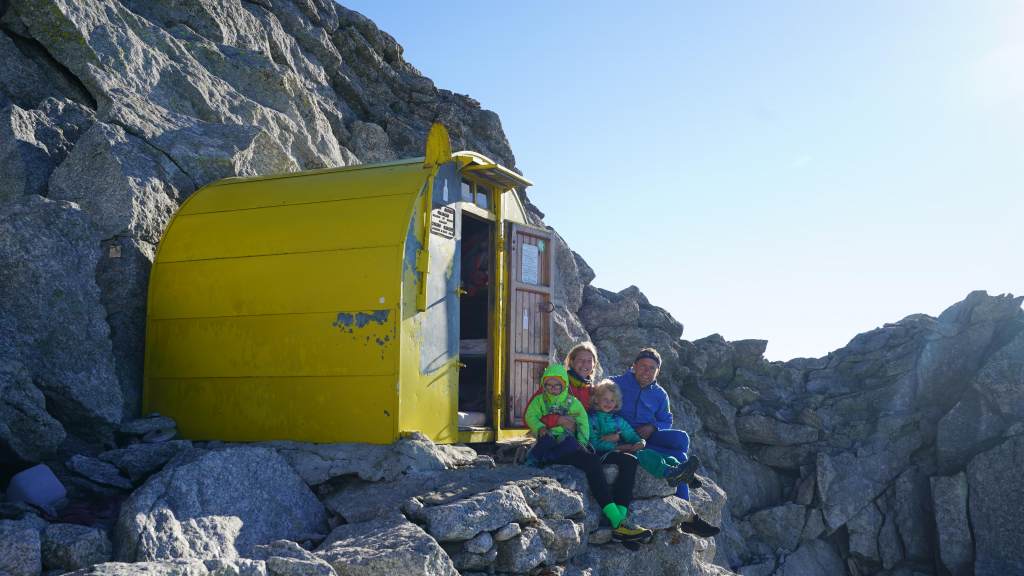 Young Jackson said he enjoyed the part of the climb he was able to accomplish on his own and Freya said it was both scary and fun, but she was very proud of herself! The children were spoiled with sweets at the end of their trip for their perseverance and unmatched determination.

The family has previously climbed a few other mountains in the UK and Europe including Triglav in Slovenia, but the Piz Badile climb was mountains harder than the Triglav climb, according to Leo. Aside from going up the mountain, the family has had their fair share of expeditions going down the mountain as well.

In 2019, Leo, Jess, Freya, and Jackson (who were only six and three, respectively, at the time), skied down Les Grandes Platiers in Flaine unassisted and unsupported. Leo reported this was one of his family life goals. He can absolutely check that one off the bucket list!

One of the family’s latest excursions was to the mountains of Wyoming, where they spent two weeks in the wild camping, hiking, and — of course — climbing!

These kids will undoubtedly always have a fun fact for future ice breakers. If you’re looking for some adventure inspiration or want to learn more about the Houlding family’s fun outdoor adventures, check out their feature in our latest annual book: Ripley’s Believe It or Not! Out of the Box!

Next post Salvador Dalí’s Dream State: A Door To Creativity