These rabbits will even eat Canadian lynx.

Monty Python may have thought they were testing the limits of absurdity in their version of the hunt for the Holy Grail, but, believe it or not, rabbits can prove to be blood-thirsty beasts.

The movie’s producers, no doubt, chose to use a bunny as a carnivorous, deadly monster in the film because everyone knows that rabbits are gentle, grass-eating herbivores. This conception, however, may not be so true. 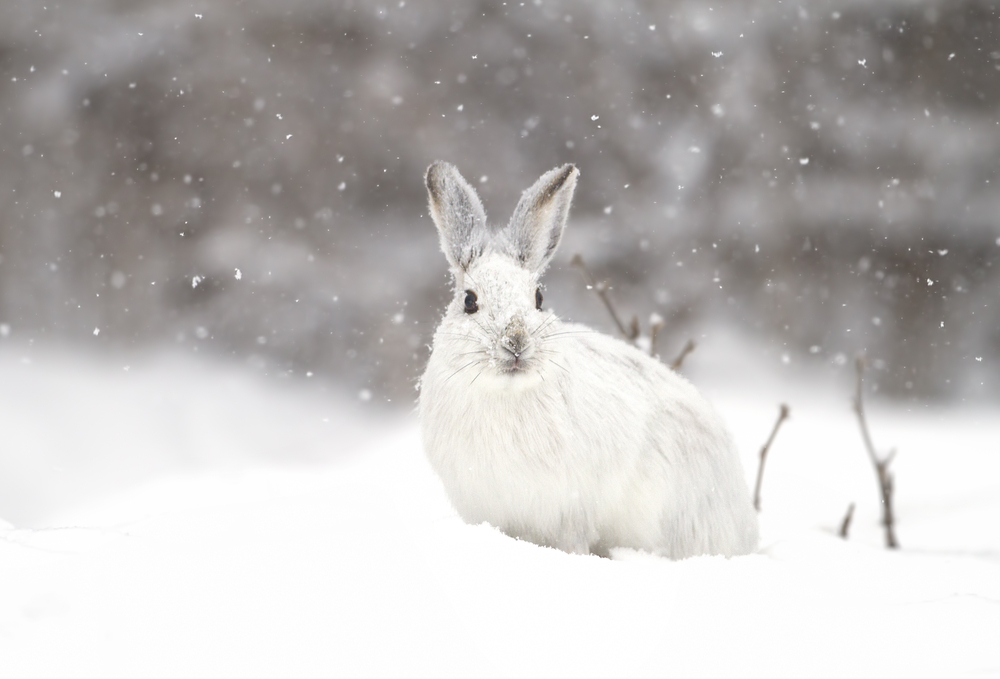 According to research published in Northwestern Naturalist, the snowshoe hare is a meat eater. Michael JL Peers, the lead on this study, observed several hares feeding on carrion carcasses in Yukon, Canada.

The snowshoe hare is probably best known for its fur changing color with the seasons. It’s brown during the summer, then turns snowy white for winter. The hare’s fur helps it avoid predators, but when those predators are dead, it might just be the hare eating them.

The study found that the snowshoe hares would not only eat from the carcasses of small birds, but also from lynxes and owls. In a bizarre twist, the hares also didn’t seem to have any problems chowing down on their own kind!

While this turns the idea of rabbits being complete herbivores on its head, Peers notes that after sharing his findings, he’s heard from people all over the world who have observed this behavior from both wild and domesticated rabbits. Occurrences of supposed herbivores gnawing on some extra protein are shaking up how much of the scientific community split animals into sweeping dietary groups. 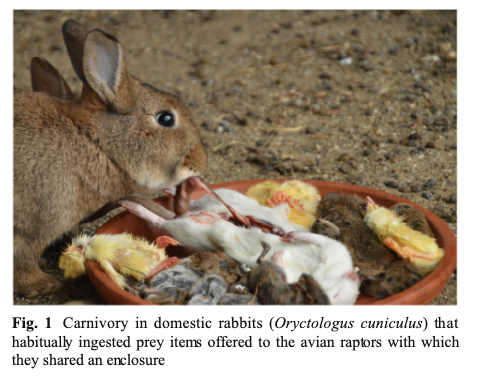 Via European Journal of Wildlife Research

Peers suggests that the rabbits are likely scavenging for protein during the harsh winter months. Many biologists have long believed that herbivores, like rabbits, wouldn’t have the digestive tracts to process meat, but these acts seem consistent enough to prove otherwise. Because they don’t have the teeth to effectively rip off pieces of flesh, they must rely on gnawing bits off of the carcasses. The hares don’t seem to hunt their own prey (so far) but will become territorial.

“It appeared that individuals defended the carcass from other hares.”

Next post No, “420” Was Never An LAPD Code For Cannabis