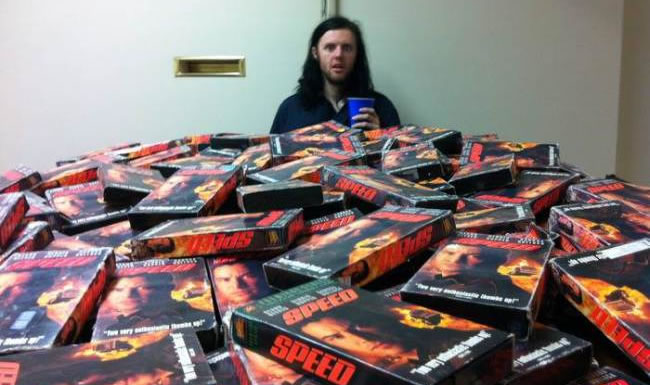 Ryan Beitz has an odd new collection. A lot of us have collections, but this man from Moscow has a very unique goal: Collect every copy of the hit Keanu Reeves and Sandra Bullock film: Speed

…but only on VHS

How Did this start?

He says that this started as a joke when he bought several identical copies of Speed to give to his family members and friends. After buying them, he noticed he liked the odd idea of owning several copies of the same movie.

So he kept buying them. His current count is about 500 copies but Ryan says “we haven’t counted in awhile; it’s boring,” and I’d have to agree. 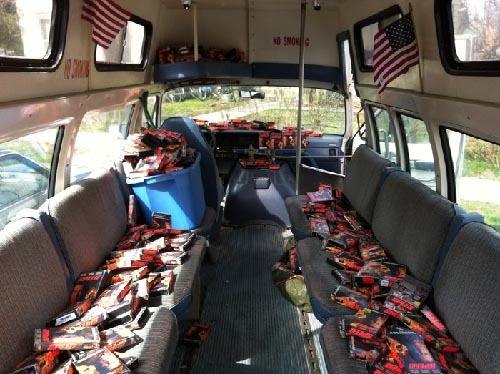 Now Ryan has started a Kickstarter project. The goal is to pay for more copies of the movie (he accepts donations and too) and to repaint his van so it looks like the bus in the movie. 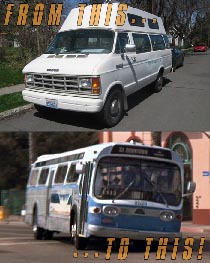 In addition to the engine repair and paint job, the van needs new tires, a new engine cover, holes in the floor sealed, various repairs to the body, and the windows tinted to protect the copies from sun damage during travel.

Next post 3D Printed Skull Is Implanted into Woman