The Challenge Of Creating A Taxidermy Bigfoot

An expert at preserving deer, Bigfoot proved a unique challenge for this taxidermist.

One of the most famous nature documentaries in the world lasts less than a minute and may be a complete hoax. However, one world-famous taxidermist, who has worked at the Smithsonian Museum of Natural History, takes it very seriously.

Three-time World Champion taxidermist Ken Walker was mesmerized by the iconic, grainy footage of Bigfoot in what is know to cryptozoologists as the “Patterson-Gimlin Film.” In this video, we see a man-sized, dark, furry creature walking on two legs casually along a creek in Northern California. This film has become ingrained in pop culture as the quintessential Bigfoot footage.

Inspired by the Patterson-Gimlin film and his own beliefs in Bigfoot, Walker re-created the hairy animal in a life-sized mount, using traditional taxidermy techniques. Just like for his other animals, Walker used styrofoam, clay, and glass eyes. For the skin, he used a Scottish Highland steer. This bovine breed is known for its shaggy orange coat.

Walker is revered in the taxidermy world, but that hasn’t stopped some taxidermists from thinking his endeavor to create Bigfoot is a bit eccentric. “Most people in my industry think I’m crazy,” Walker says. “And sometimes that’s not bad attention. At least you don’t get asked to be on jury duty.” 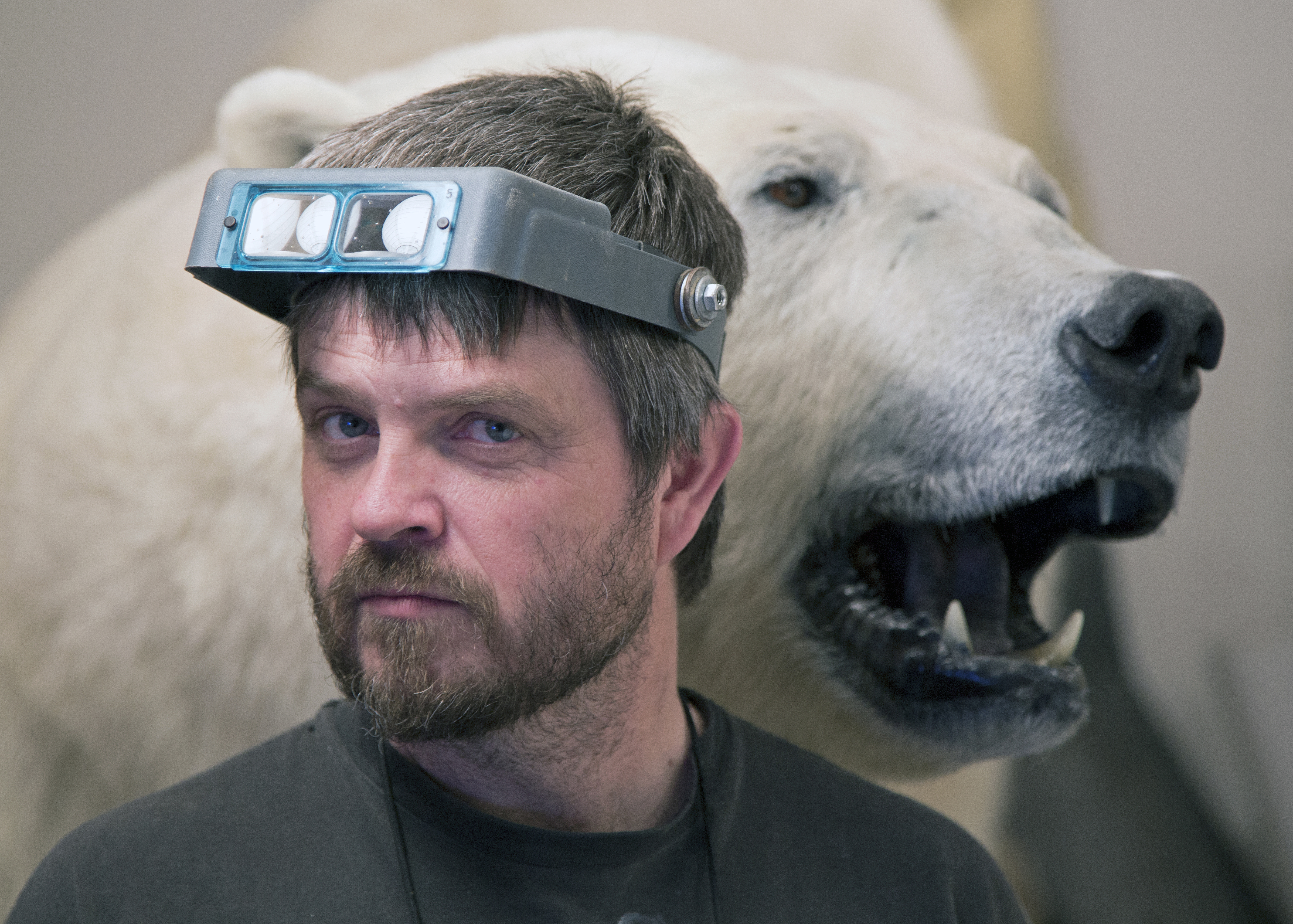 When Walker is mounting well-known animals like deer and tigers, he can look at the living animal, take measurements of the carcass, and reference as many photos as he needs. But how do you make a taxidermy mount out of an animal when you don’t have a body on hand to work with?

“I didn’t make anything up on this model,” Walker explained. “Basically what I did was took photographs from the stills of the Patterson and Gimlet film from the Bigfoot in California in 1967, and I basically built what was in that film, exactly. Right down to the size template.” 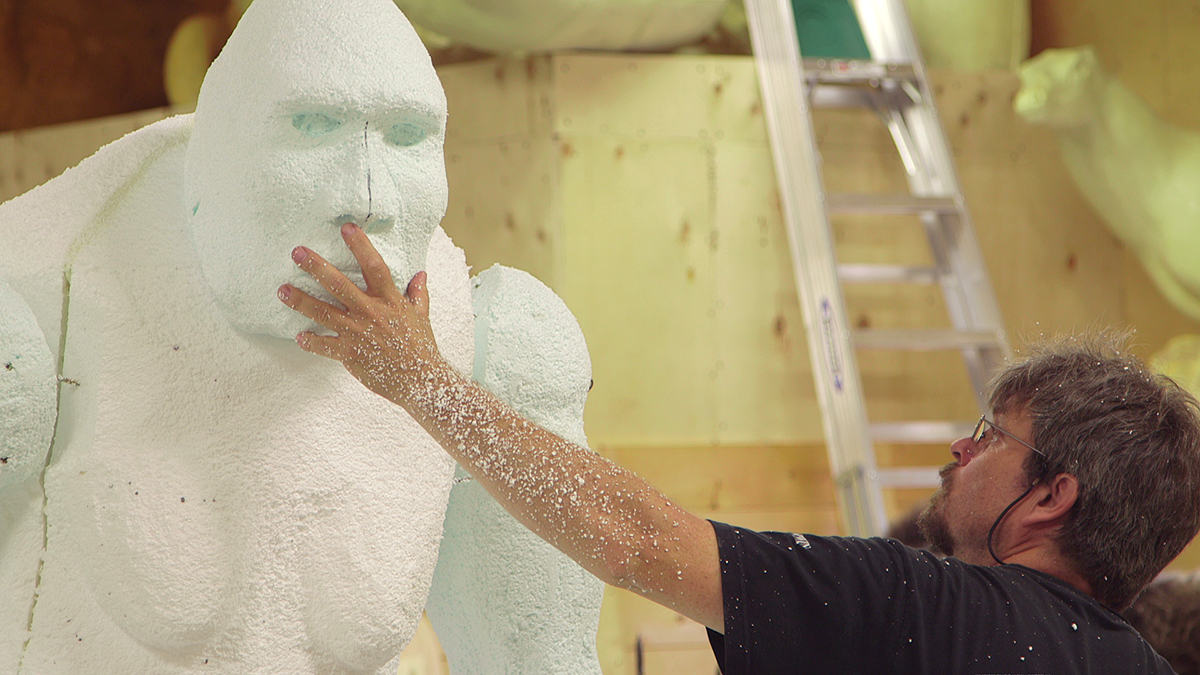 To supplement the information in the film, he referenced the sightings listed on the Bigfoot Research Organization, for other details like eye color and behavior. As a result of his attention to detail, Walker’s Bigfoot mount is the most realistic-looking one in the world. 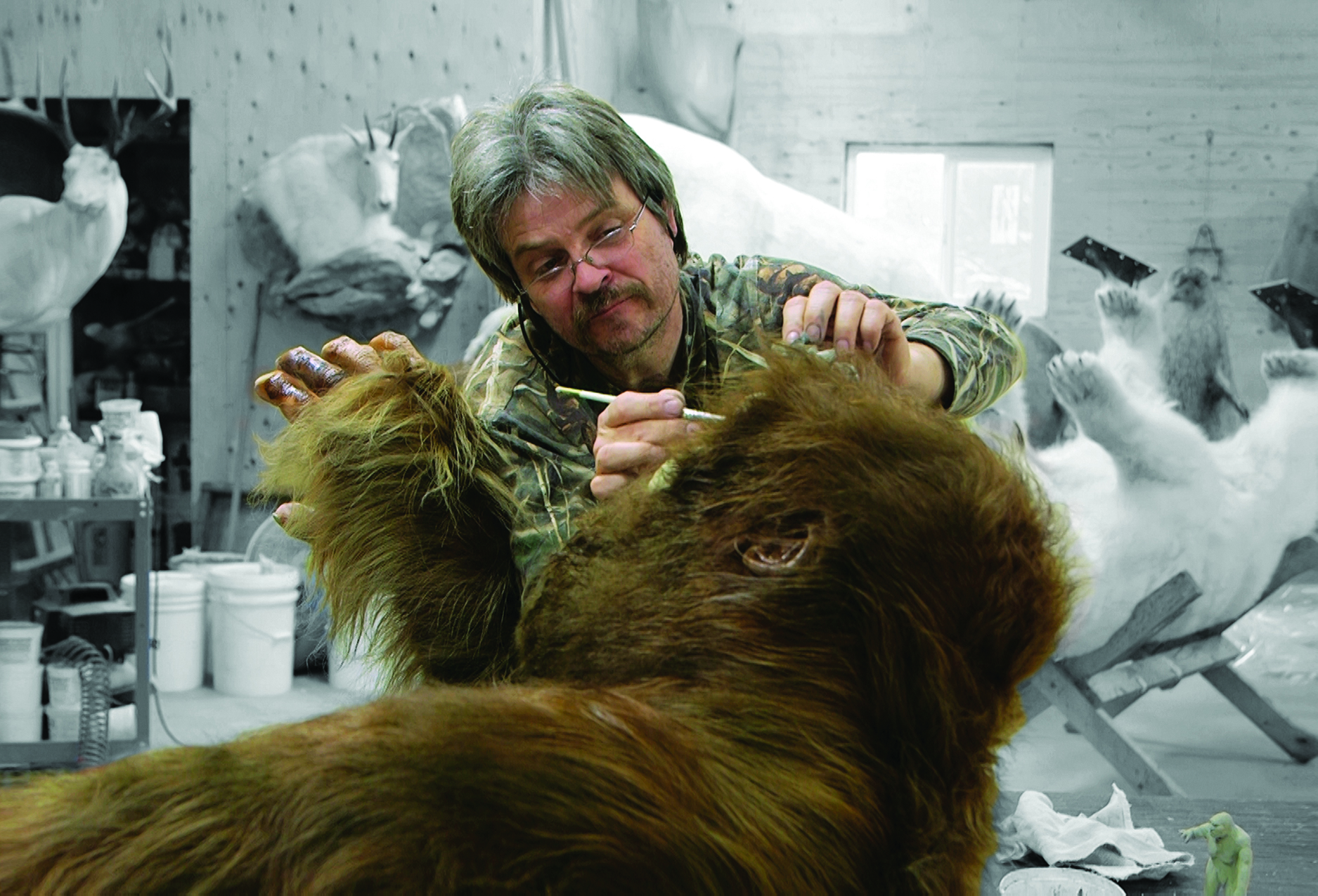 Walker’s quest to re-create Bigfoot captured the attention of filmmaker Dan Wayne, who created a movie about it called “Big Fur.” The movie also talks about Walker as a person and the preservation of Canadian wilderness where unknown animals may still roam.

For now, the mount is traveling with Wayne to premieres of Big Fur. Later, Walker may make more replicas of Bigfoot to sell to whoever wants one. If he does, you may see a Bigfoot some time in the woods near you, statuesque and furry—but staying perfectly still for a nice photo.

While Walker used animal hides to recreate his version of the famous Cryptid, hunter’s aren’t likely to be nabbing the real thing any time soon. As discussed on the Ripley’s Believe it or Notcast, Bigfoot is actually protected by law in some places.

Next post Goldfish Have Much Longer Memories Than You Think