The creature visited the sleepy island in the summer of 1937, leaving footprints in the sand measuring more than five feet wide. 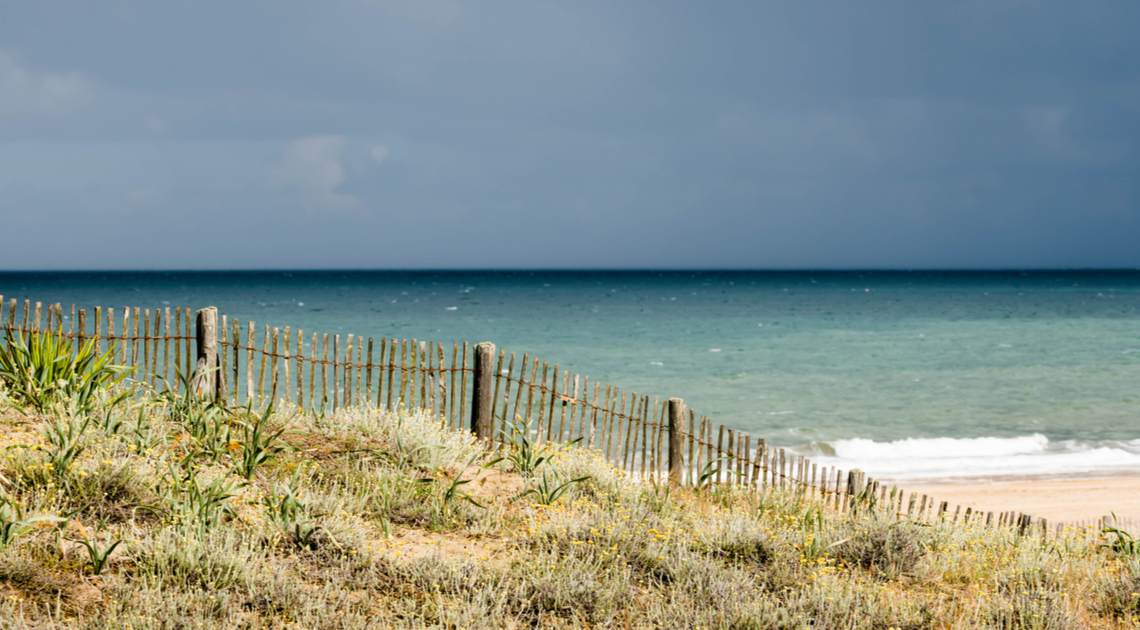 When photos of massive footprints on a sandy beach started popping up in the papers in the summer of 1937, the people of Nantucket — an isolated crescent-shaped island off of Cape Cod in Massachusetts — started to whisper that a sea monster had certainly come ashore.

A Serpent is Spotted

Many people in New England already believed in giant serpents swimming under the waters, so the stories circulating that one was stepping across the beach were readily accepted by a number of people in town. That same year, an article appeared in the Nantucket Inquirer and Mirror that read: “A sea monster. Bill Manville says he saw one off Nantucket. Insists he was not dreaming. Hopes it appears again to verify his story.”

Manville told the story to any who would listen, and days later, two more men found signs that seemed to support his sighting. Across Madaket Beach, footprints appeared, measuring 5.5 by 4 feet. People whispered that the monster Manville had spotted in the cold water must have made its way onto the shore.

The Monster Made a Splash in the Scientific Community

As photos of the footprints made their way into the papers, there were many skeptics who pushed back. When someone sent the pictures to the head of the New York Zoological Society, Dr. W. Reid Blair, he responded bluntly:

“No marine mammal could have left the tracks as they do not move so much on their flippers as they do on their second joint and on their bellies,” Blair stated. “Evidence of their passage would be seen on the beach only in a slight indentation. As for a land mammal, there is nothing on Nantucket Island that could leave such large tracks.”

In August 1937, large footprints were found on a Nantucket Beach, measuring 66in long and 45in wide. This was after a few sightings of a green sea serpent off the coast of the island. After that, more people came forward claiming to have seen the serpent. pic.twitter.com/kF5zz3zLjP

What Was the Nantucket Sea Monster?

Then one day in July, residents spotted the beast that had made the prints towering on the shore. They descended on the beach to get a closer look and spotted a huge monster more than 100 feet long, with fangs descending from its open maw, horns atop its head, and spikes cascading down its spine. If a brave member of the townsfolk stepped even closer and reached out to touch the monster, they would find a slight give in the rubber of the massive balloon.

The Nantucket Sea Monster was, after all, a hoax. It was there on the beach, but it wasn’t a real monster. As it turns out, it was the creation of a man, and the lore was spread around town by Manville and other pranksters who were in on the fun. It had been placed in the water by a local, and it drifted to South Beach where it made a splash. Coming to see the balloon turned into an incredible tourist experience that summer on the beach in Nantucket. People from all over wanted a photo in front of the sea monster, and the event woke up the sleepy town.

Who Was Tony Sarg?

Anthony Frederick Sarg, known professionally as Tony Sarg, was known as America’s Puppet Master. He was a German-American illustrator and puppeteer who was looking to make waves amongst the calm of Nantucket. Sarg spent time working for Macy’s and helped develop some of the first balloons that would be part of the now-famous parade. He figured out how to make everything from beloved cartoon characters to sea monsters.

Sarg also owned a shop in Nantucket, Tony Sarg’s Curiosity Shop, and wanted to get the town in the papers to attract tourists. His health began to decline in the 1930s, and he would often leave the bustle of New York to spend time at his home in Nantucket. Some people believed he generated the hoax to get business for his shop, but others believed he wanted to bring some magic to the city that had given him peace.

What Became of Sarg and His Sea Monster?

After the summer of 1937 came to a close, the balloon made its way to New York to delight even more people in the Macy’s Thanksgiving Day Parade that fall. Sarg died in 1942, but he helped create a legacy of wonder and inspired many future puppeteers. Next time you watch the Macy’s Parade and see the towering balloons, picture one of them on the beach in a sleepy town by the sea.

Next post Burglarizing Black Bear, Hank The Tank, Spared Thanks To DNA Evidence