Touching Two Continents at Once! 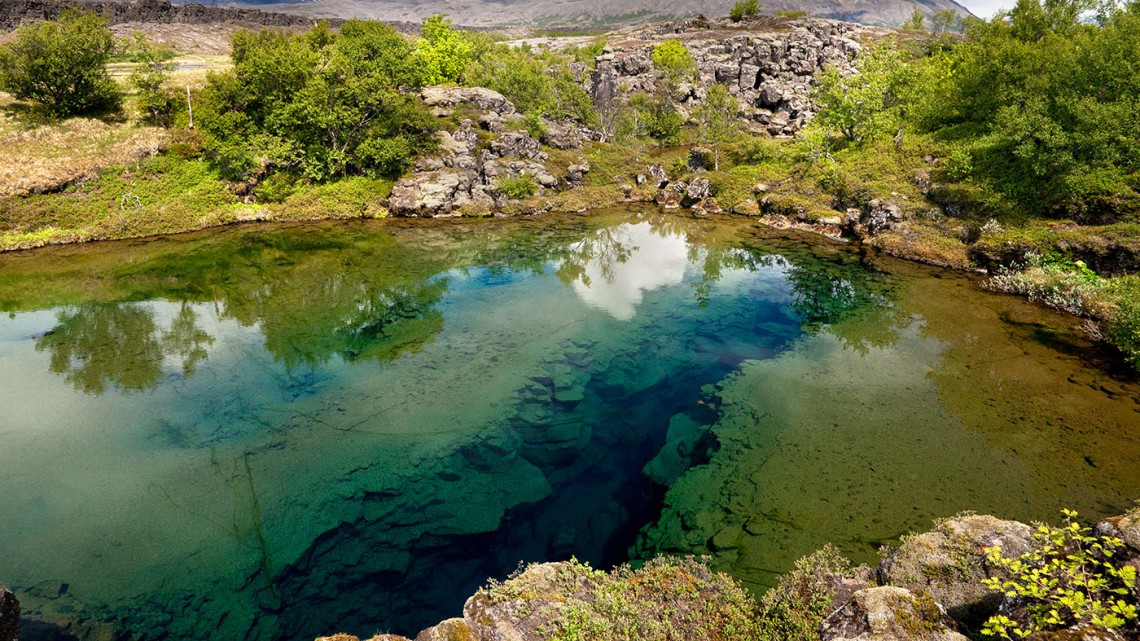 Is it possible to touch North America and Europe at the same time? 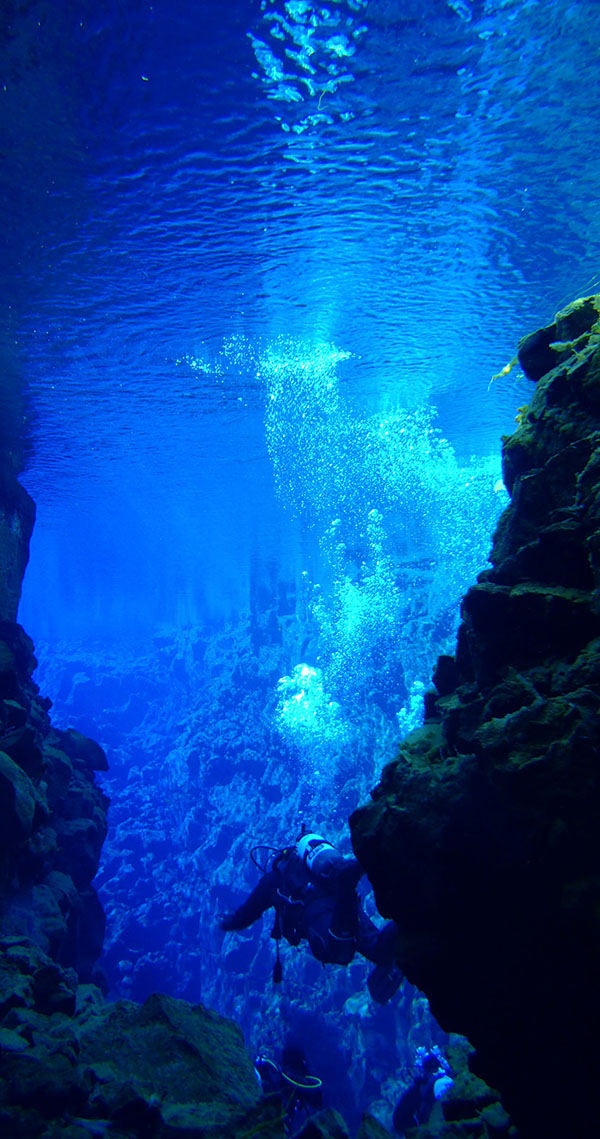 Believe it or not, there is one amazing place in the world where this is possible! This incredible geologic feature, called the Silfra Crack, is accessible at Iceland’s Thingvellir National Park. The Silfra Crack is part of the Mid-Atlantic Ridge that slices through the center of the Atlantic Ocean and is the longest mountain range on earth. However, at 2.5 miles below the ocean surface, it is not easily visible.

How is this possible?

This ridge is formed from tectonic activity where the North American Plate and the Eurasion plate are diverging. As lava seeps up through the crust, it quickly hardens in the Atlantic’s cold water, and over millions of years, it has built up into a huge mountain range. At Thingvellir National Park, you can witness these massive tectonic plates pulling apart!

The park lies on a divergent boundary, and as the American and Eurasion Plates separate, at a rate of 2 centimeters a year, a trench is created. Over time, Icelandic glaciers have melted, been filtered through miles of porous volcanic rock, and have filled in the trench creating a scuba divers wonderland. The filtered water is so pure that you can scoop it up and drink it right there, and because the water is so cold, little aquatic life develops and visibility is spectacular.

The Silfra Crack is a popular destination for scuba divers who claim the waters are so calm and clear it is like floating in space. However, the active geology in the area can make diving dangerous as giant rocks are knocked loose and landslides occur. If you are brave enough to dive these magnificent depths, you will be able to touch one hand to the North American Plate and the other to the Eurasion Plate and be on two continents at once!

Next post Peg Man Kelvin Mercado Clips HUNDREDS of Pegs to His Face!