No, You Can Not Run Away from the Walking Fish

Watch a fish strut across the seafloor. 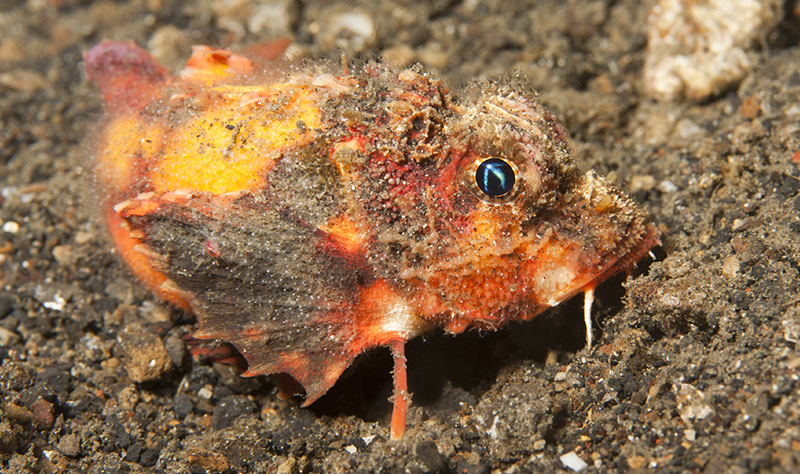 This is a Striped Stingfish

During a night dive in Bali, Emeric Benhalassa came across what looks like a fish walking, yes on legs, across the seafloor.

An avid diver, Emeric says he was fascinated by what he found and couldn’t help but be mesmerized by it. He immediately thought the stingfish was attracted to the light he had with him.

The main question you have to ask yourself, is this really a stingfish? Otherwise known as a member of the genus Minous, the stingfish has had quite an evolution. Believe it or not, the fins of these fishes have separated due to the sea creature evolving. They use those fins to drill into the seafloor for crustaceans and worms.

Our Husbandry Director at Ripley’s Myrtle Beach Aquarium, Tim Handsel studied the being to share some of his expert advice.

“It is extremely hard to give discrete animal identifications without the critter in hand. It also helps to have a good species key to refer to as you try to eliminate similar species.”

It’s one of the reasons why ichthyologists tend to be skeptics. Why? Ichthyology is a special branch of zoology. Scientists devote their time to studying just fish. It’s commonly referred too as fish science. Ichthyologists collect samples and even measure these sea animals furthermore analyzing all their work in a laboratory. When they discover a new species they even have the honor of naming it. Ultimately, it’s important to question any species when it’s done visually.

“When I compare photos from a Striped Stingfish to the one in the video, I would say it is possible that this is the same species; however, using fish coloration to discern closely related species can be tricky at best in that there are species that have color variations between juveniles and adults and, day coloration versus nighttime color patterns,” said Handsel.

Again, Handsel reinforces that to ID such a fish is to work with the “species keys and holotypes.” You can’t do that without having it in your hands. Do you think you have what it takes to ID this fish? Go ahead and compare the video to the image above of the Striped Stingfish.

Do you think you have what it takes to ID this fish? Go ahead and compare the video to the image above of the Striped Stingfish.

The walking fish has been linked to the commonly found Whitetail Goblinfish. It can be found in the Yellow Sea, off the northern, northeastern and southwestern coasts of Taiwan, in the East China Sea, and the South China Sea including the shores of Peng-hu Island and Hong Kong. Also in the south of the Misaki Peninsula in southern Japan.

“In this case, photos of the Whitetail Goblinfish are similar to the pictures of this fish but who is to say without the animal in hand,” said Handsel. “The “legs” are not new to the fish world, look at the sea robin, flying gurnard, and longnose batfish to name a few. These legs are modified pectoral fin rays that are specialized for sorting through the bottom sediment in search of food. They also add an additional means (walking) of locomotion for the animal.” 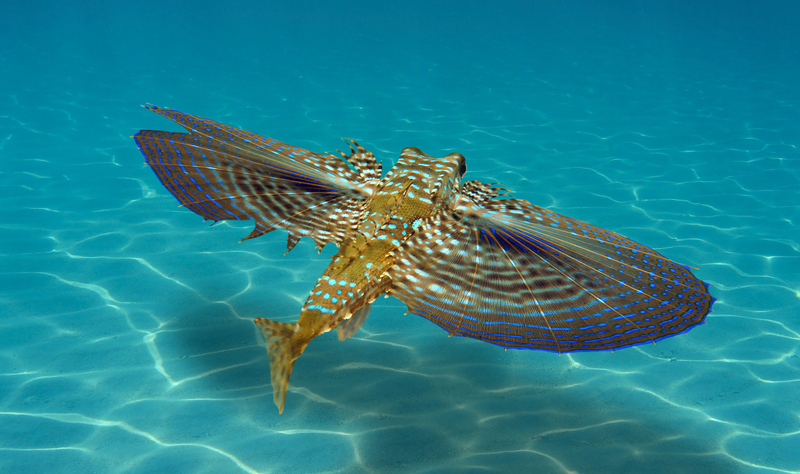 This is a Flying Gurnard. 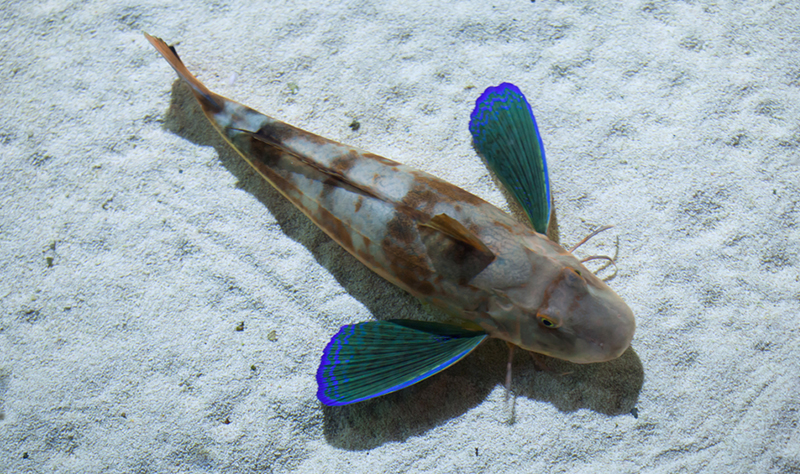 This is a Sea Robin.

While others might say this fish belongs to a particular category, perhaps it’s an entirely a new species. The peculiar specimen is just one of the many things you can find under the mysterious waters of this planet. Let us know in the comments what you think about this walking sea critter.

Next post Illicit Antidotes: Illegal Drugs That Were Once Common Medicine