In fact, ice cream became so important that in at least one incident, sailors took what they could as they abandoned their sinking ship! 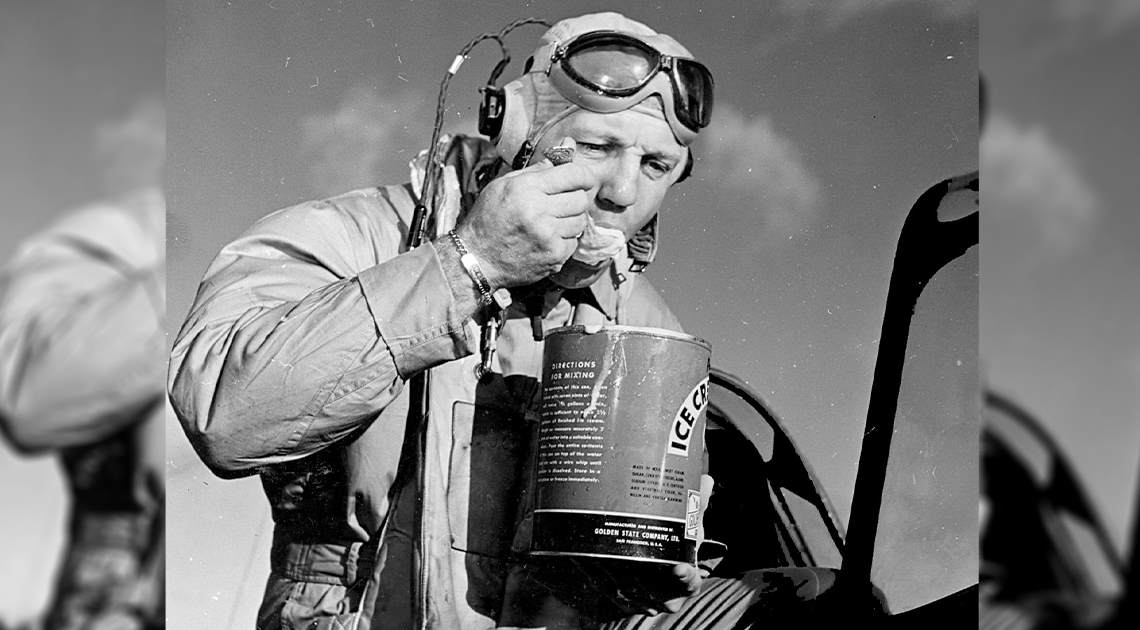 It may seem obvious that coffee and tobacco are staples for many serving in the military, but did you know ice cream has been a morale booster since World War I? This comfort food produces a physiological response that makes those who eat the frozen treat subconsciously think about calming memories, such as eating the dessert as a child. It’s particularly fulfilling for those in the military who must sometimes endure long deployments without the comforts of home.

During WWI, alcohol was banned on Navy ships which meant that higher-ranking officers had to come up with a way to keep their men happy. The solution was something a little sweeter than alcohol: ice cream! Holding ice cream onboard a Navy ship proved difficult, but those on board took the task quite seriously. They transformed at least one of the Army’s refrigerated barges into an ice cream factory! The barge was capable of producing 10 gallons of ice cream every seven minutes and could store up to 2,000 gallons of the frozen treat. 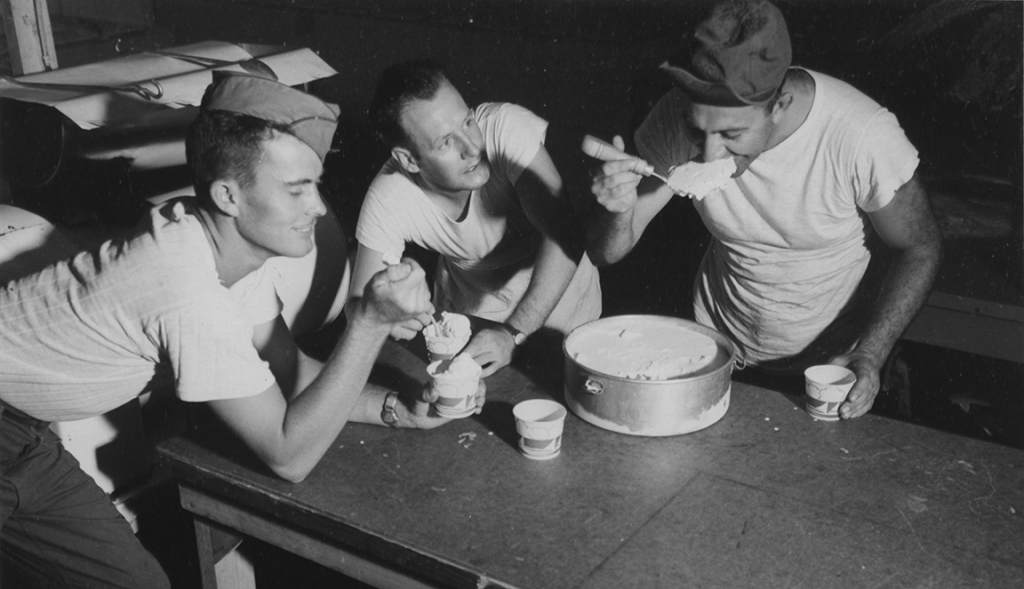 The Navy’s love for ice cream continued through the Second World War. At that time, rescue helicopters weren’t stationed on carriers, and it proved difficult to reroute, turn, or slow the massive carrier vessels when pilots fell overboard into the sea. As a result, the Navy offered smaller boat crews and ship owners ice cream, and other sought-after items, in return for overboard crew rescue. A small destroyer was able to more easily maneuver in the water, while also firing torpedoes at the enemy, to rescue swimming pilots.

Sailor Daniel W. Klohs recalled his stint on the USS Hancock and the time his crew provided 30 gallons of ice cream to a destroyer that returned a pilot, thus setting “a new precedent for the return of aviators.”

These pilots would have been rescued eventually; however, the ice cream reward likely boosted their chances of survival. Most sailors and soldiers did not have easy access to ice cream, but carriers contained freezers and had large stockpiles of the tasty treat, making it a deal that was too good to pass up. The crews of destroyers loved rescuing pilots because they were rewarded with food for their efforts.

In fact, ice cream became so important that in at least one incident, sailors took what they could as their ship was sinking! In May 1942, the USS Lexington was critically attacked during the Battle of the Coral Sea and more than 200 crewmen died. Following the order to abandon ship, sailors broke into the freezer and gorged themselves on ice cream before jumping overboard, according to Navy veteran Merle Lebbs. 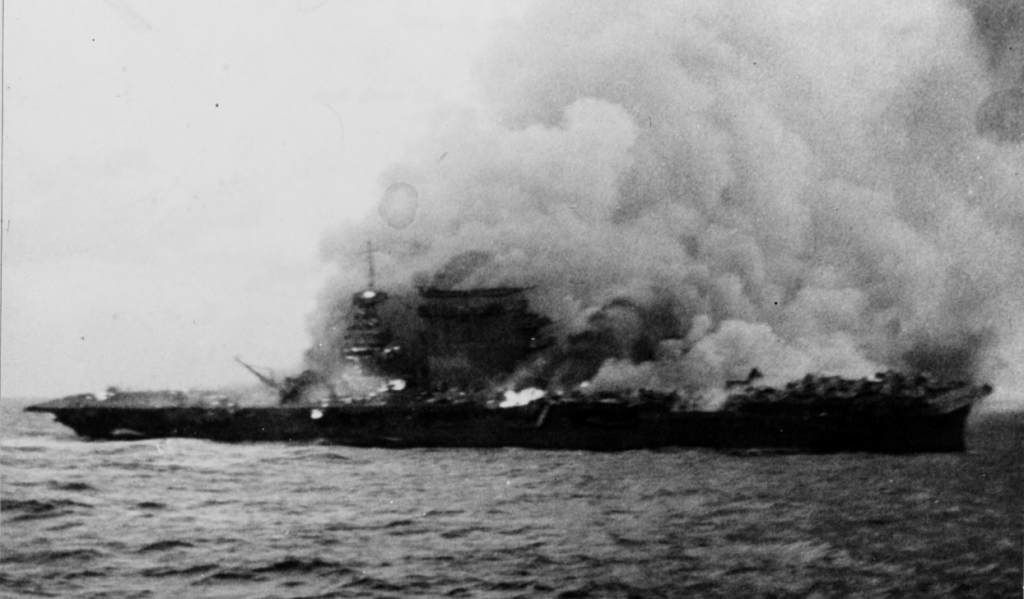 USS Lexington after sailors had abandoned ship (having eaten their fill of ice cream).

The Marines also had a penchant for the tasty treat. In September 1944, squadron commander J. Hunter Reinburg wanted to do something for his crew, which was stationed on the humid, tropical island of Peleliu. The squadron had little to do since their enemy, the Japanese, was not an aerial threat at the time. Reinburg decided to transform an ammunition compartment on the plane into an ice cream maker by mixing canned milk and cocoa powder and flying into high altitudes with below-freezing temperatures, according to Air & Space.

Reinburg’s first experiment wasn’t quite successful, so in a second attempt, he moved the ammo cans away from the hot engine and was able to produce 10 gallons of ice cream–enough to satisfy 100 marines. He made even more modifications to the formula and eventually produced a tasty chocolate ice cream. Known as “Operation Freeze,” it became a regular practice for the squadron, and these ice cream-making flights were called “test flights.” When Reinburg’s superior officer found out about the real reason behind these test flights, instead of disciplining the commander he said he wanted in on the action and his own tasty ice cream treat.