Who In The World Is Carmen Sandiego?

It wasn’t until the 1994 animated series, after years of establishing Carmen Sandiego as a mysterious character, that show writers started to give her a bit more of a narrative.

Welcome world travelers! Years ago, computer gamers spent hours traveling the globe, subconsciously learning geography and valuable research skills without even realizing it. The mission at hand? To find out Where in the World Is Carmen Sandiego? Dial up that Internet, because we’re taking it back to the coolest video game on the map and the iconic lady in red who kept the world guessing.

Tracking Down The Thief

A fictional character, Carmen Sandiego was the globe-trotting, mystery-making main character of a hit 1980s computer game. One of the first of its kind, Where in the World Is Carmen Sandiego? was a game originally created to be a simple graphics-based adventure geared towards kids.

The programmer behind this new virtual world, Dane Bigham of Brøderbund Software, was hoping to put his own spin on the cause-and-effect adventure games kids were used to—he wanted to give players a clear objective: track down the thief. And in the original plans for the game, there were quite a few thieves to find! Originally, Ms. Sandiego was just one of the many villains to be featured in the game, but she would soon make a name for herself as a titular character.

Carmen Sandiego And The World Almanac and Book of Facts

It wasn’t in the original blueprints to make the game educational, but Bigham’s boss, Gary Carlston, wanted to test out a totally new concept. By combining his personal fascination with traveling in the physical world and the general public’s obsession with the virtual one, the two decided on quite an unconventional idea: with each sale of their new game, they included a physical copy of The World Almanac and Book of Facts.

Though they didn’t like using the word “educational” in any form of marketing for this new game, the addition of the Almanac, paired with the visually stimulating graphics and minimal on-screen text clues, gave kids a subconscious lesson as they played. At this time, most video games were in the text-heavy, choose-your-own-adventure style (have you seen the ’90s version of Ripley’s popular game, The Riddle of Master Lu?) Kids were used to reading clues, and clicking away on the hunt for a person, object, or missing artifact. 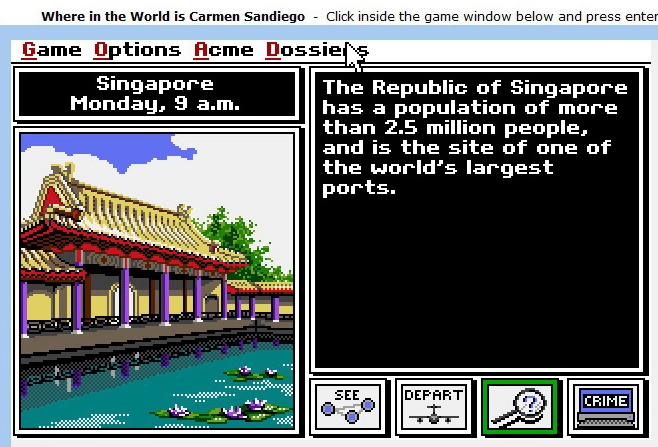 Where In North Dakota Is Carmen Sandiego?

Anyone lucky enough to be a part of Carmen’s generation knows that she was certainly a tricky thief to catch! In her original pixelated form, Carmen Sandiego was the culprit for the grand theft of many expensive pieces, from landmarks to artwork. And it was the player’s job, as a member of the police force, to catch her. Sounds like such a basic concept, but clearly, it worked. After Where in the World Is Carmen Sandiego? we got Where in the U.S.A., Where in Europe, Where in Time, and then it got really specific, like Where in North Dakota…?

Bigham left the small empire Carmen had built shortly after these sequels took off. While it wasn’t his intention to continue creating more places for Sandiego to go, the generation of gamers wanted more Carmen. And, to this day, she’s still alive and well!

From The PC To The TV

After the many spinoffs surrounding the sassy lady in red and her team of henchmen (a.k.a. the Villain’s International League of Evil), the folks at Brøderbund decided it was time for Carmen to move from our PCs to our TVs. The PBS television program, also named Where in the World is Carmen Sandiego?, was a game show based around the same premise as Carmen’s video games. Throughout the 296-episode run, the main geographical components and facts featured in the game were repurposed as contestants, or “detectives,” put their knowledge to the test. Plus, it had a clever theme song to go along with it!

Once Where in the World dissolved, there were a few attempts to bring back iterations of the show, but all good things must come to an end—the spark had faded. Now, after an animated series, a game show, many video game variations, and talk of a live-action film, Carmen Sandiego graces the screen again in her own Netflix animated series. Though she started as a thief and antagonist back in her 1985 debut, present-day Carmen has made quite a personality change. She headlines the series as a master thief who uses her skills for good: foiling the evil plans of her old V.I.L.E. stomping grounds.

A post shared by The Official Carmen Sandiego (@theofficialcarmensandiego)

The mere idea of this scarlet-hat thief and her accolades across the globe started a whole Where in the World movement. But, one question still lingering in the mind of adults today is not where in the world is Carmen Sandiego, but rather, who in the world is she?

Who In The World Is Carmen Sandiego?

The Where In The World video game manual gives a snippet of background for the mysterious woman—a former spy for the Intelligence Service of Monaco. But beyond that, we’re left in the dark in terms of this fierce female character. Believe It or Not!, Carmen’s name was decided by one of the original Brøderbund scriptwriters for the 1985 game. David Siefkin, the man behind the iconic name, said, “In my draft, she was only one of several villains. I wanted an exotic name and took it from the singer, Carmen Miranda.” From there he explained, “The design team brought her to life. I invented the name, but the design team really created the personality of Carmen.”

It wasn’t until the 1994 animated series, after years of establishing Carmen as a mysterious character, that show writers started to give her a bit more of a narrative. Her animated presence in the cartoon series, Where on Earth Is Carmen Sandiego?, was voiced by EGOT winner, Rita Moreno. Moreno chose the role because it was, “Educational and informative beyond belief, and at the same time it satisfies the demands of children who need more action and movement on the screen.” 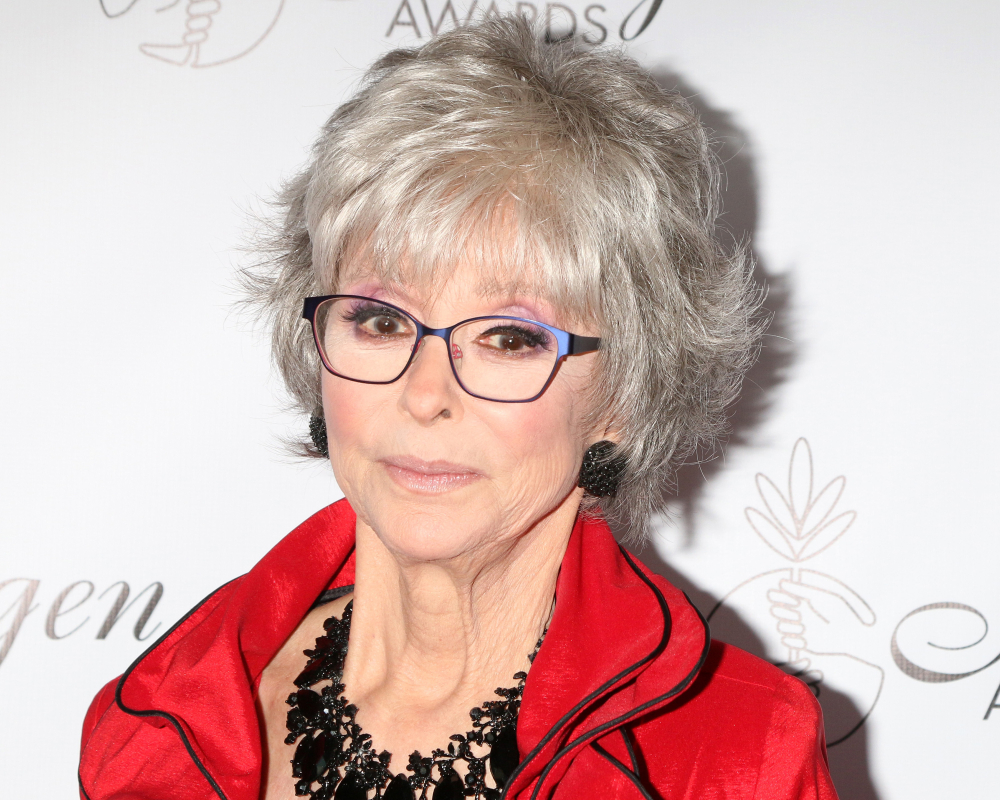 While no single person inspired the fierce female that is Carmen Sandiego, many strong women can be attributed to the multiple identity and character changes since her 1985 debut. She went from being a small part of a large clan of villains to being the brains behind the operation as a fearless globe-trotting leader. She debuted in many of her own television shows and spinoff gaming series. She taught and inspired children everywhere to appreciate different cultures, countries, and the world’s hidden gems. And she has managed to carry on her 30-year legacy with a new look and mission to inspire youth today.