We gather by the thousands to welcome a 135-year-old groundhog out of his hole.

Punxsutawney Phil is, without a doubt, the most famous groundhog around. This 135-year-old woodland critter is responsible for telling the world whether or not we will endure six more weeks of winter or if we are in for an early spring.

Phil crawls out of his hole, every February 2nd, and onto quite an elaborate stage to greet thousands of loving fans with his predictions about the season to come. If he sees his shadow, that essentially means we shouldn’t put our mittens away quite yet—winter is sticking around a bit longer. If he doesn’t see his shadow, spring is well on its way! 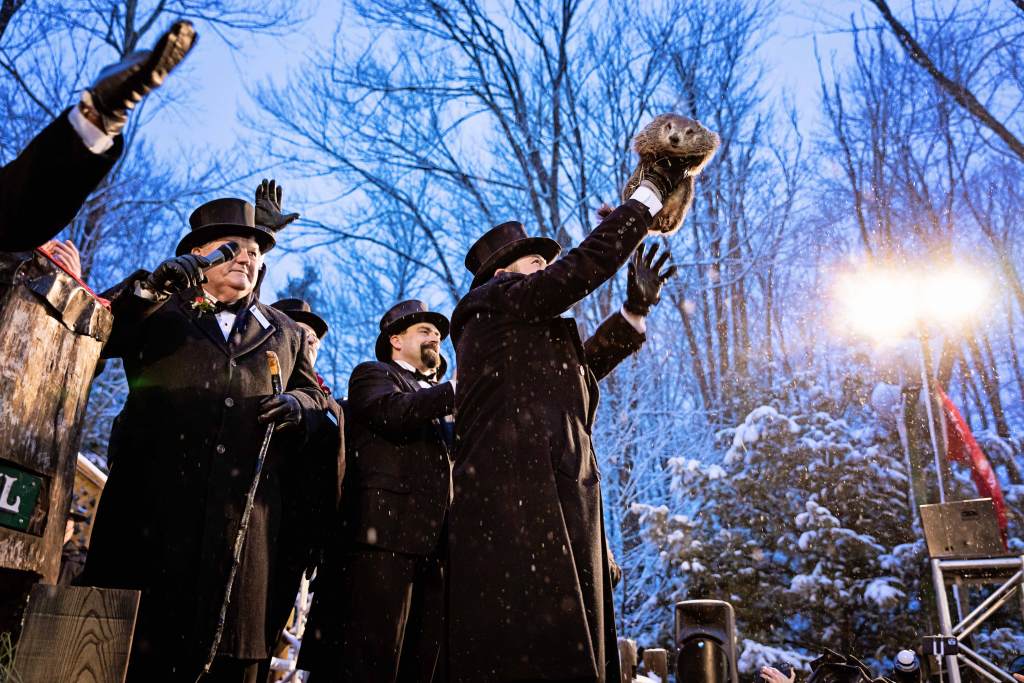 The Celebration of Candlemas

So, what made people believe that a groundhog controls the weather? This quirky tradition started quite a long time ago and is rooted in folklore. The celebration of Groundhog Day, as we know it, actually began over 130 years ago! But before we gathered from near and far to see a rodent pop out of the ground, the second day of February was actually known as Candlemas: an ancient Christian tradition in which the clergy would bless and distribute candles needed for winter. The candles represented how long and cold the winter ahead was going to be.

Over time, Candlemas evolved into another form—a means of predicting the season’s weather ahead; but still, no involvement of Phil or any of his friends. It wasn’t until this tradition made its way to Germany that an animal was introduced to the forecast mix. Forget candles—bring on the hedgehogs!

According to German lore, if the hedgehog saw his shadow on Candlemas Day, there would be a “Second Winter,” or six more weeks of bad weather. As these German settlers made their way to the US, their hedgehog meteorologist traditions came with them. However, it’s not often you see an abundance of hedgehogs burrowing and hibernating in the United States. So, a similar animal was chosen to continue the tradition: a groundhog!

Off To Gobbler’s Knob

Now hosted in Punxsutawney, Pennsylvania, Groundhog Day has been held every year since 1886 at the Gobbler’s Knob grounds. Our official source, The Punxsutawney Groundhog Club, tells us that it’s “a day to take everything a little less seriously, and break up the winter monotony… at least for a little while!” 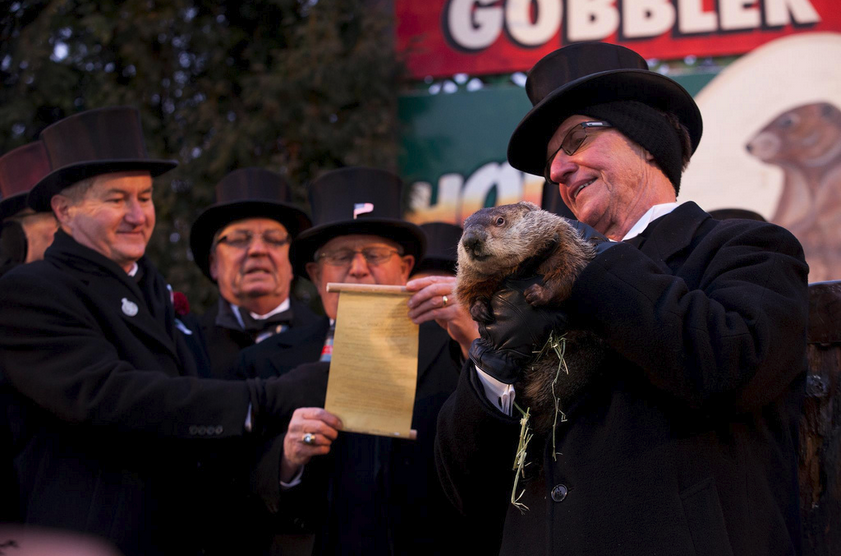 So much planning and anticipation goes into this once-a-year celebration, from entertainment and fireworks to the secret language of Groundhogese. The Inner Circle of the Pennsylvania Groundhog Club has certainly gotten to know Phil on quite a personal level during the 135 years he’s been around! But is Phil the only groundhog around with this type of clout? Not exactly!

Other states have picked up this quirky tradition with their own furry friends: 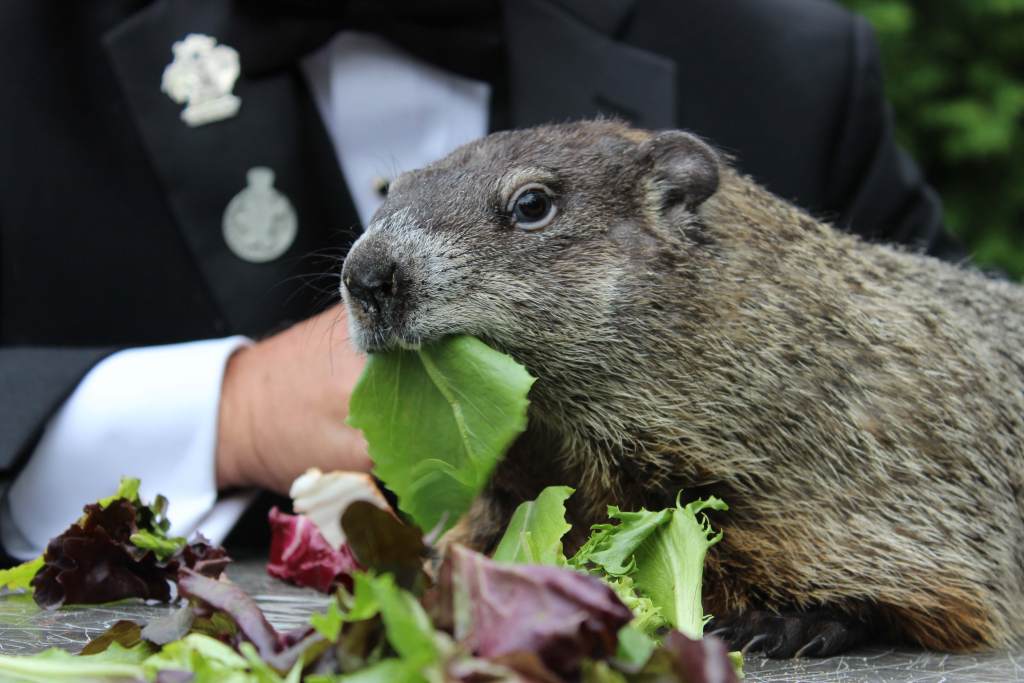 It may sound silly to rely on a shadow or a groundhog to tell what’s in store for the rest of the season. And to be fair, the whole shadow thing is very much fun and games. However, that doesn’t mean that animals don’t have the ability to sense other types of weather patterns. Take frogs for example! These loud amphibians are said to croak even longer and louder than usual when bad weather is on the horizon. When you hear their volume increase, you can assume a storm is brewing.

Farmers also believe that cows have some kind of weather-sense. Allegedly, when cows sense bad weather, they become restless and antsy and begin to swat flies with their tails or lie down in the pasture to save a dry spot. 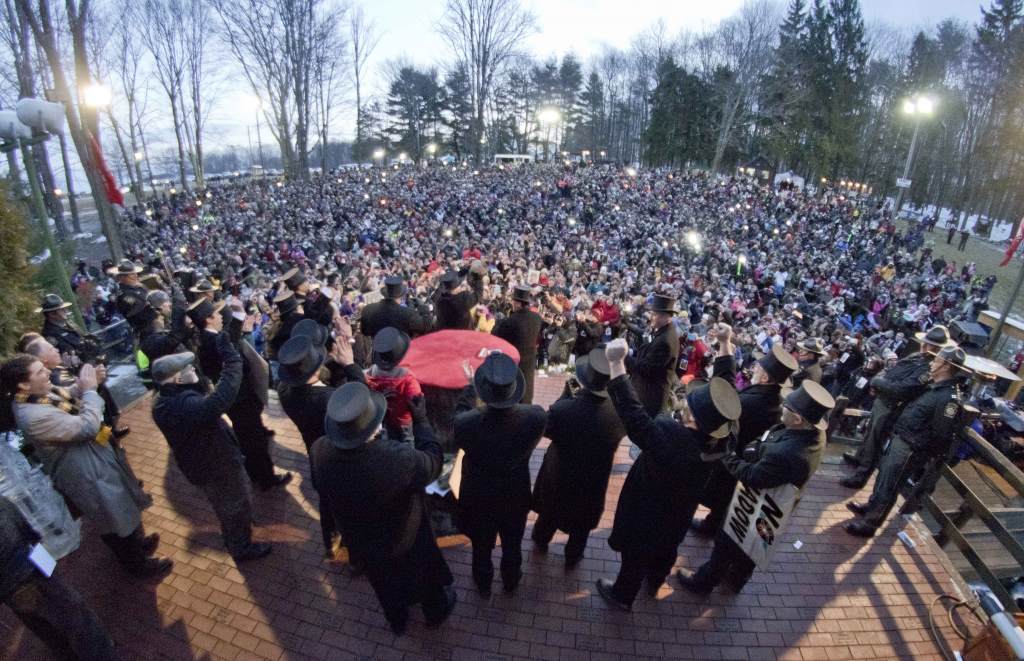 This year will look a bit different than the years of Groundhog Day-past out in Punxsutawney, but our friends from the Inner Circle will continue to broadcast Phil’s predictions via live stream! Will you be watching as Punxy Phil pops out of his hole on February 2, 2021? Set your alarms for 6:30 a.m. to watch this meteorologist work his magic.

Next post Ham the Space Chimp: The World's First Ape in Space