Believe It or Not! It’s Been A Century of Strange for Ripley’s

Over 1,200 weird-but-true stories from around the world! 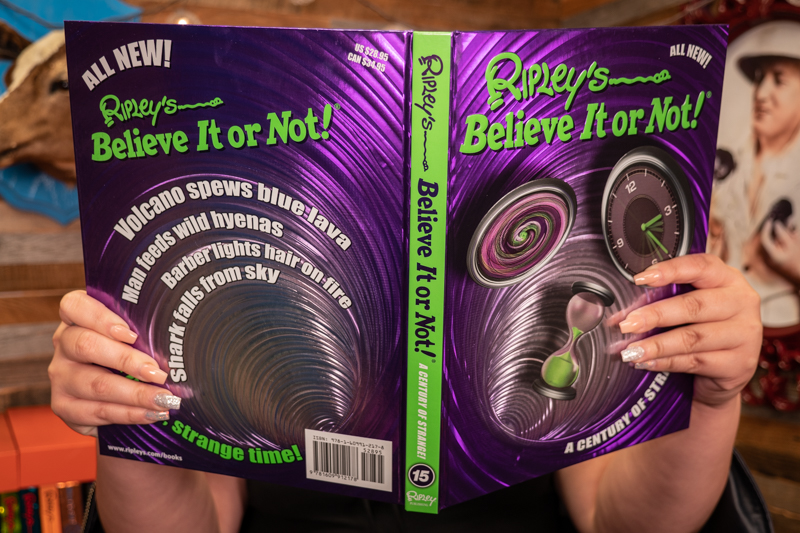 A Century of Strange!

Ripley’s Believe It or Not! has enjoyed a long, proud publishing history, beginning all the way back with Robert Ripley’s best-selling first book in 1929.

The 188-page book received rave reviews. Walter Winchell, well-known newspaper and radio gossip commentator, devoted a full column to it in the Evening Graphic. Over the next 20 years, Ripley’s book would sell more than 2.2 million copies, going into its 40th printing.

Now, in the company’s 100th year, Ripley’s publishing legacy continues with Ripley’s Believe It or Not! A Century of Strange!

From conga-dancing dogs and bicycling ballerinas, to hair-raising feats of strength and death-defying motorcycle stunts, Ripley’s newest book is sure to delight readers of all ages. With over 1,200 weird-but-true stories from around the world and 256 pages of wild and wonderful photography, A Century of Strange is not-to-be-missed. 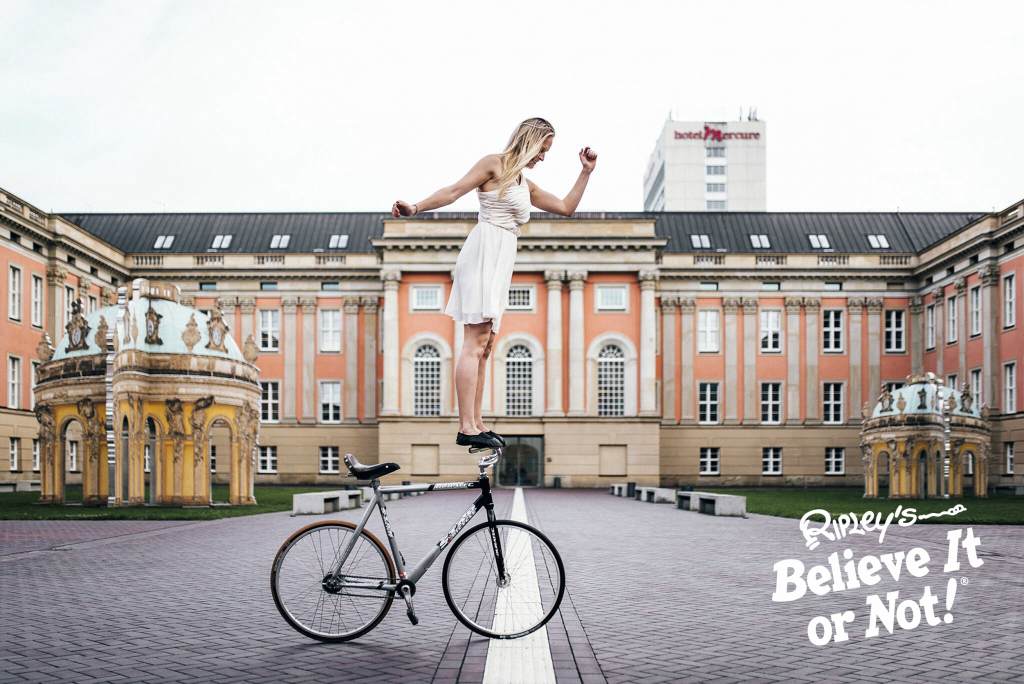 Lea Schäepe of Potsdam, Germany, can ride a bike while standing on the handlebars and many other unconventional ways, thanks to her years of practice in artistic cycling. 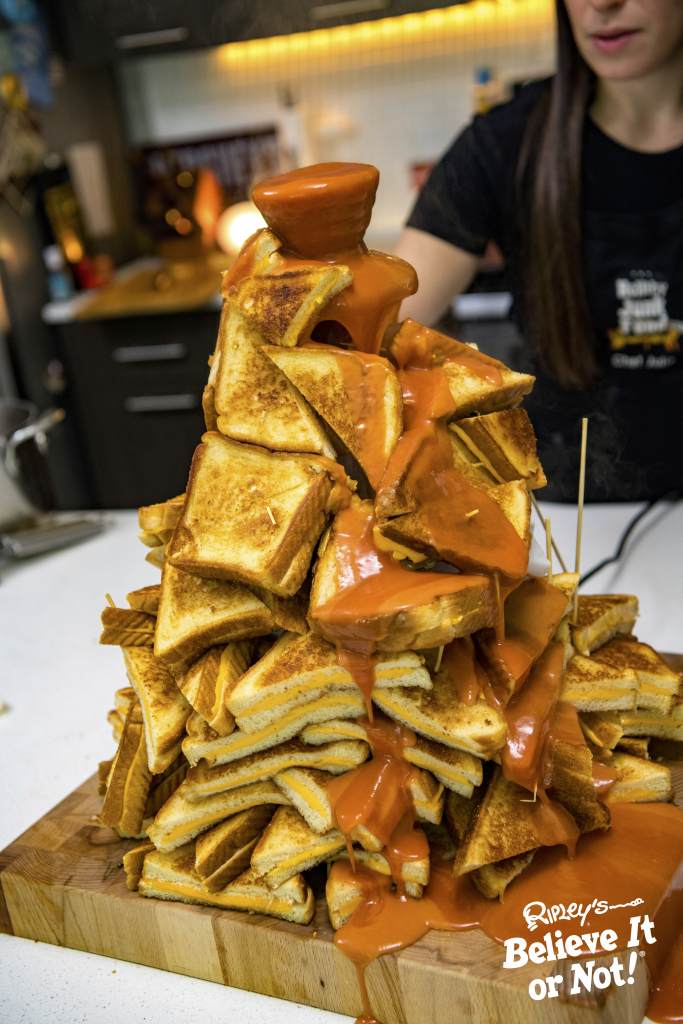 Food junkies JP Lambiase and Julia Goolia of Orlando, Florida, are the architects behind Hellthy Junk Food, a YouTube channel featuring all sorts of unbelievably outrageous junk food creations—like this grilled cheese volcano inspired by Robert Ripley’s attempt to purchase his own volcano in 1943! 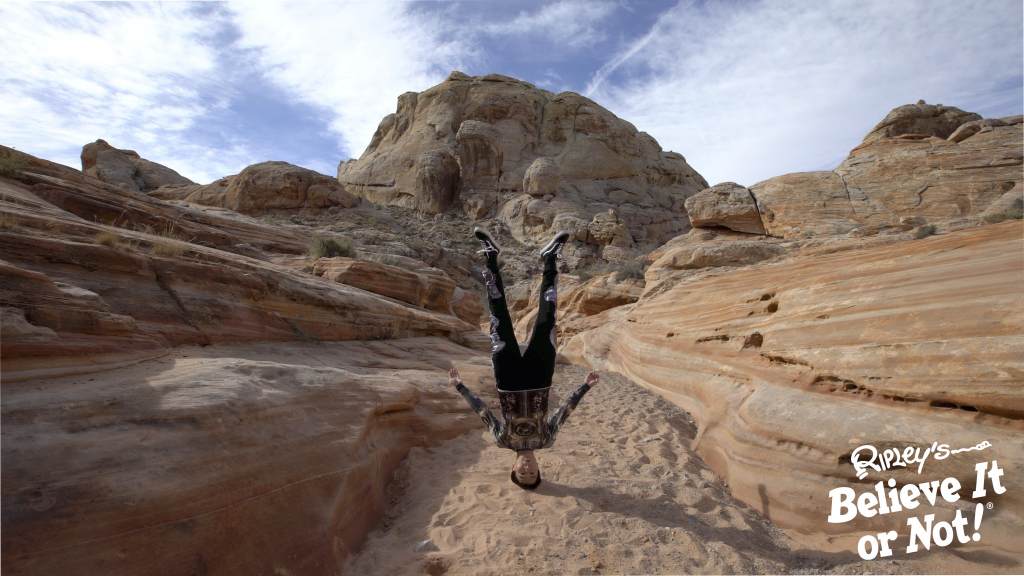 Out of this world dance moves.

Los Angeles, California, dancer Solto Esengulov moves and morphs his body in ways that seem to go against ordinary human anatomy. Perhaps the most alarming to watch is his signature move of grabbing his windpipe and shifting it from one side of his throat to the other. 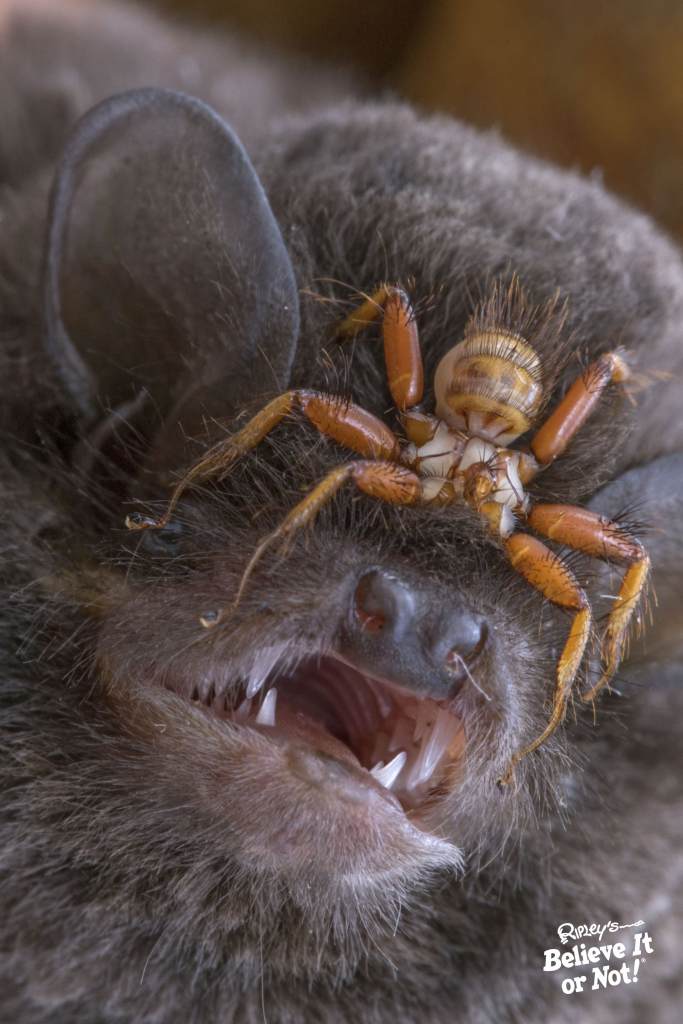 While working on a biodiversity survey in Mozambique’s Gorongosa National Park, entomologist and photographer Piotr Naskrecki discovered a disturbing face-hugging bat fly
that feeds on, you guessed it, bats. True parasites, these bad bugs feed exclusively
on blood! 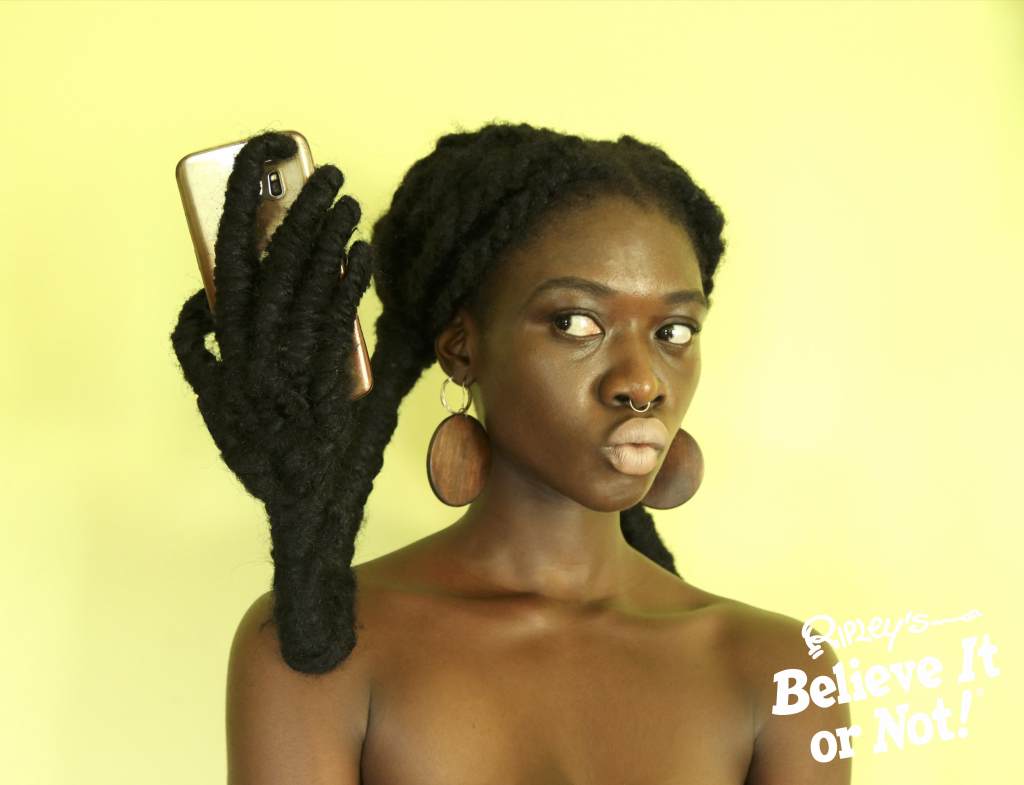 Twenty-one-year-old fashion designer Laetitia Ky, from Abidjan, Côte d’Ivoire, Africa, took social media by storm after posting her new photo series where she sculpts her hair into all kinds of shapes and gestures!

Next post Is It Safe To Fly Through An Asteroid Belt?