It's said to be resting atop one of Buddha's hairs. 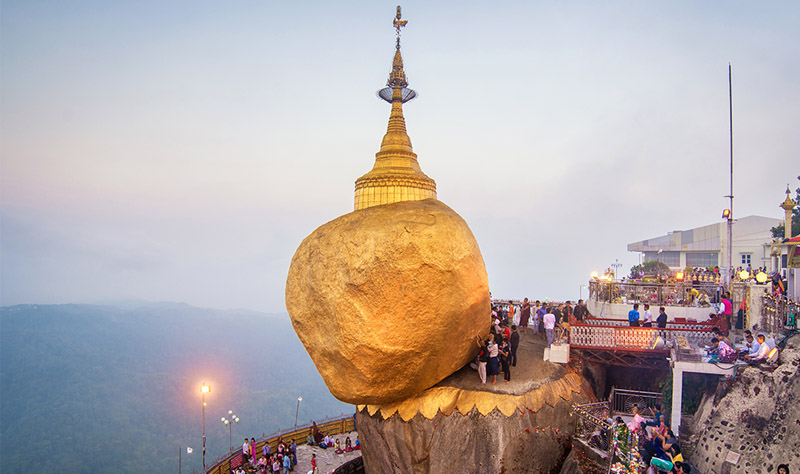 Very few things inspire awe like the sight of something breaking the laws of physics. It’s because the laws of physics aren’t anything like the laws of man: they simply cannot be broken. Whenever we see something that shouldn’t exist, we are awed beyond belief, and sometimes, as is the case with the Kyaiktiyo Pagoda, seeing something impossible can inspire reverence or worship. 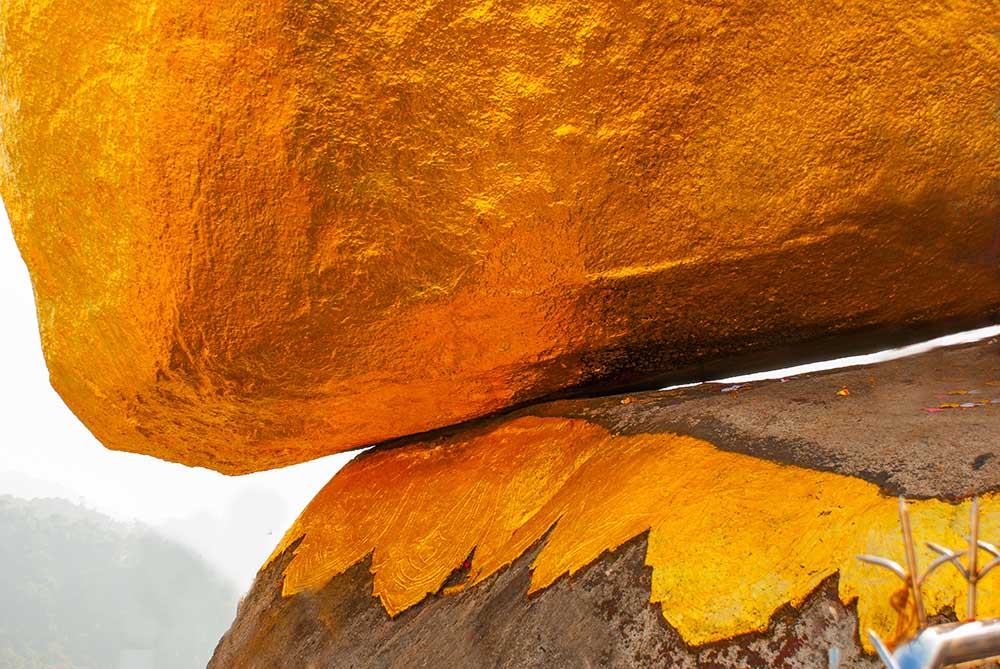 Resting atop Mount Kyaiktiyo is one of the three most sacred religious sites in Myanmar: the Kyaiktiyo Pagoda. The pagoda stands 24 feet tall, but it’s the boulder that gets everyone’s attention. Massive, and unbelievably heavy, the boulder rests on the edge of a cliff with more than half of its surface leaning out over open air. It looks like it could fall at any moment, but it doesn’t.

Because of its unbelievable defiance of gravity, Buddhists flock from all over to chant and meditate and light candles around the rock. They sit and walk directly underneath it, trusting it not to fall and crush them. Monks have even plastered the boulder with gold leaf over the years, resulting in an amazing sight: a large boulder perched precariously on a cliff edge, covered in gold and with a beautiful pagoda on top. It’s no wonder people use it as a shrine.

The Kyaiktiyo Pagoda has become sacred among Buddhists not simply because of its impossible position. Legend has it that the boulder remains in place because it is perfectly balanced on a stand of the Buddha’s hair.

It’s said that on one of his many visits, Buddha gave a strand of his hair to a hermit. The hermit gave the hair to the king, asking that it be enshrined in a boulder. With a little mystical help, the king found a place for the hair on the top of Mount Kyaiktiyo, and there the hair and the boulder have remained.

There’s a common belief amongst Buddhists in the area that if you complete the pilgrimage to Kyaiktiyo Pagoda three times in one year, you’ll be blessed with great fortune. As such, thousands make the journey each year.

Whether the legend and the superstition are true or not, the Kyaiktiyo Pagoda is truly one of the most amazing and unbelievable sights in the world. 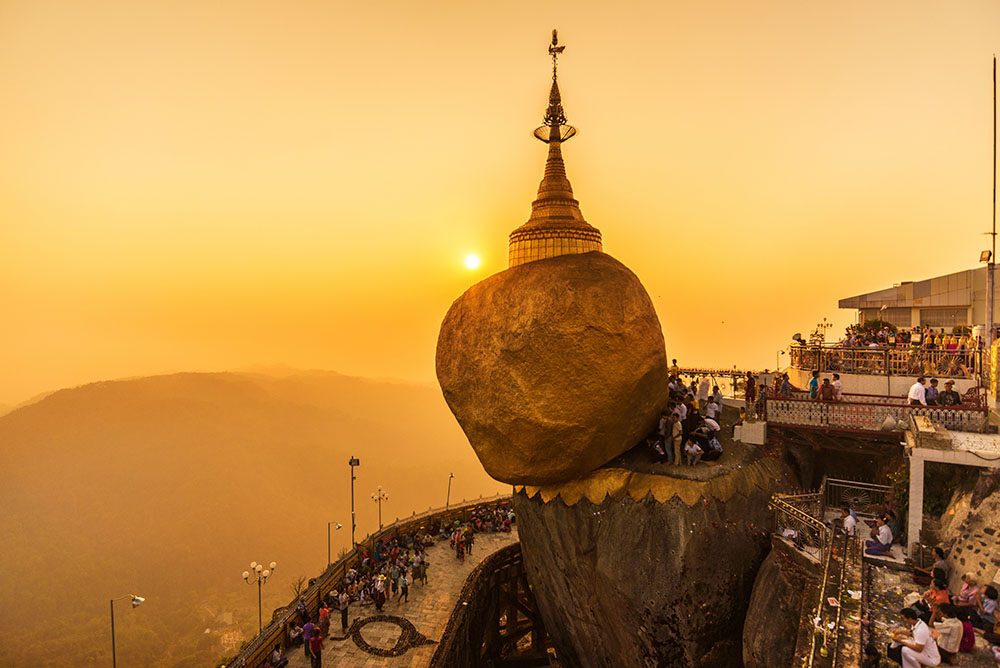