Did they use the claw to get him out? 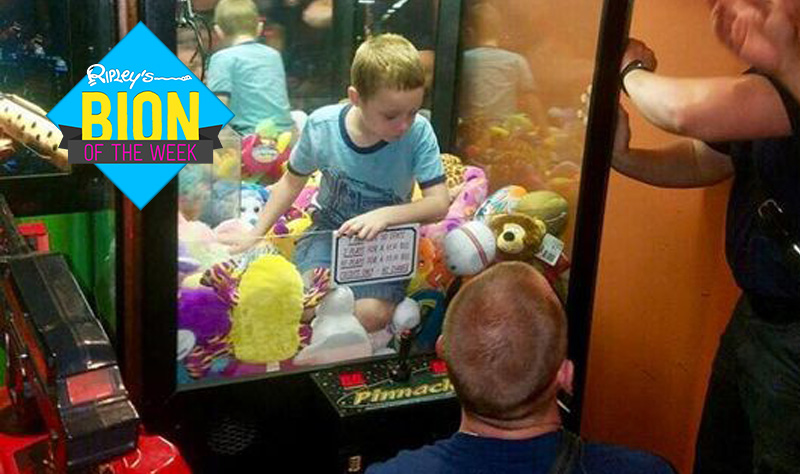 [February 4-10th, 2018] A 4-year-old climbs into a claw machine, a Tesla Roadster cruises through space, and a Canadian goose knocks a hunter unconscious.

Hunting for waterfowl in Maryland, a hunter was knocked out cold by a Canadian goose. After one of his hunting mates fired into a flock flying overhead, the unconscious goose fell like a rock, slamming unto Robert Meilhammer, knocking him out and causing face and head injuries. 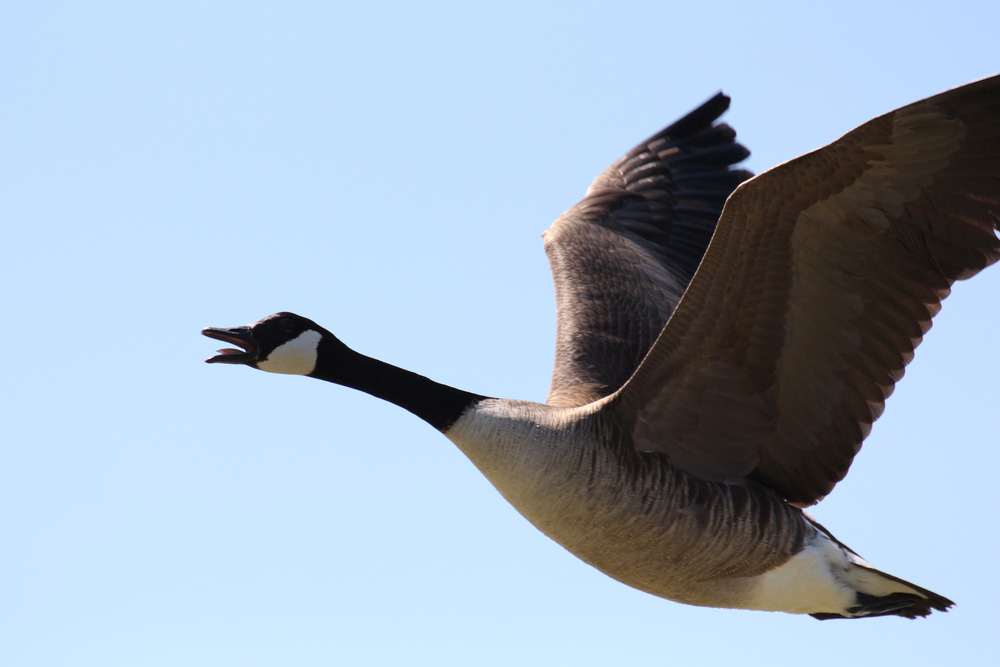 Testing the capabilities of the Falcon Heavy rocket, SpaceX’s Elon Musk chose to launch his own cherry red convertible Tesla into space. As the CEO of both companies, what better publicity stunt? Originally meant to reach Mars, the rocket overshot its goal and will only make it within 4.3 million miles of the red planet in 2020.

After the New England Patriots lost the Super Bowl and our mascot matchup, their tight end, Rob Gronowski returned home to find his house had been robbed while he was away. Fans seemed equally disappointed. After working for the whole game to create a portrait of Tom Brady out of salt, artist Allan Wallace, wiped it away in the closing minutes of the game.

Salt artist @liquidpencil makes a Tom Brady portrait during the Super Bowl, then sweeps it away as Pats lose. pic.twitter.com/6EEEj7gCts

Jun Rekimoto, the inventor of ChameleonMask has launched a way for you to live a rich social life from the comfort of your home. His technology fits a helmet with a tablet, to turn another person’s body into your real-world avatar. Using the screen, your face is seen and voice is heard, but your surrogate act as your body.

After several failed attempts to get a stuffed football out of a restaurant’s claw machine, a 4-year-old boy in Titusville, Florida, climbed inside the machine and got stuck. Thankfully, firefighters freed the boy from his self-imposed prison minutes after receiving the call. The boy lucked out, making his escape with four toys. 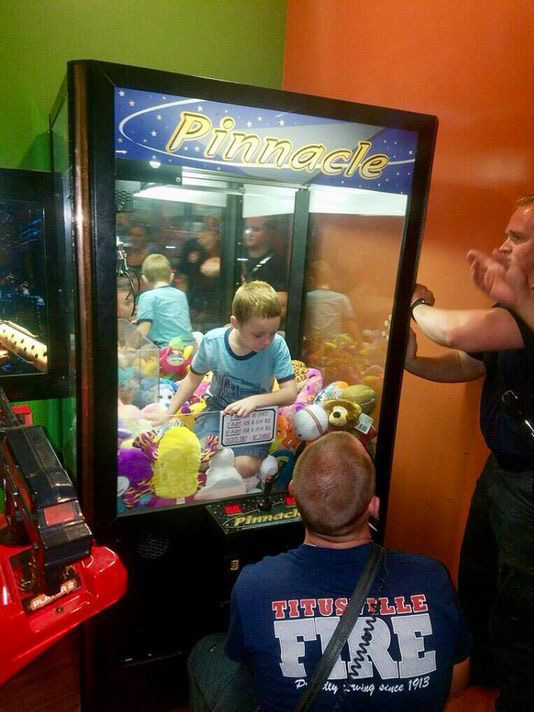 Next post The Destructive and Deadly Hartford Circus Fire