Craniofacial duplication, or diprosopus, is a rare condition that causes an animal to have a second face. It’s often fatal at or around birth, but some animals, like Frank and Louie, live out full lives. Other animals, including pigs, cattle, chickens, and even people have been born with double faces.

Such a deformity certainly results in quite a few head turns—but what causes it?

Scientists aren’t 100% certain of the exact mechanisms that cause diprosopus. Unlike conjoined twinning, craniofacial duplication isn’t the result of two fetuses merging in the womb. It’s more like one animal developing twice as much face as it was supposed to.

There is a protein called Sonic Hedgehog Homolog (SHH) that corresponds with a gene of the same Sega-inspired name. Experiments have shown that the SHH gene is extremely important in body development, including in the face and brain.

In an experiment published in the journal Development, researchers gathered fertilized chicken eggs and edited the embryos inside so that they had either not enough, or too much, SHH. The ones that didn’t have enough SHH generally had narrow faces, and sometimes they would even have just one, single eye in the middle of their face. 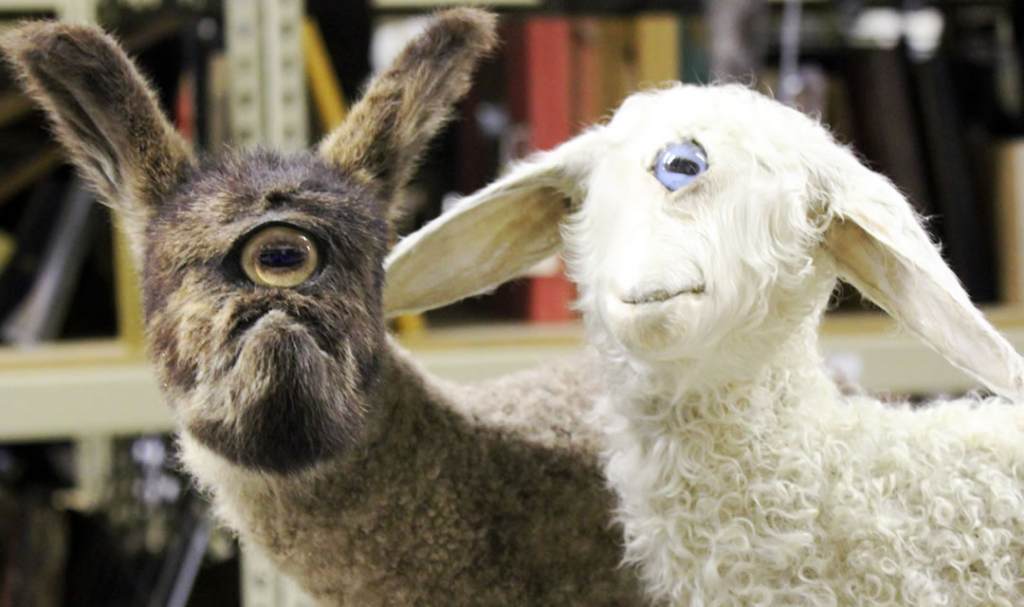 The embryos that had too much SHH had wider faces, and, in extreme cases even had parts duplicated. In chickens, that means extra eyes and beaks. People have seen this condition in pigs, cattle, cats, and people.

An animal with two entirely separate heads has two brains, and, therefore, is two animals sharing one body. However, an animal with two faces and one skull is one individual—one brain controlling both faces. Generally, both sides move in unison, as they accept the same commands from the brain.

Being born with a second face is quite uncommon but, given the sheer volume of everyday births across the world, it’s bound to happen on the rarest of occasions. And, to no surprise, survival among the two-faced is even rarer. Many two-faced farm animals are stillborn, and farmers will sometimes quietly bury them without documenting their existence. Others will live a little longer, like Ditto the pig—Ditto is rumored to have died after eating with one mouth and inhaling with the other. Frank and Louie is the longest-lived two-faced cat, and he died at the ripe age of 15.

In nature, things don’t always go to plan. In the case of two-faced animals, sometimes we get a little more than what we bargained for.

Next post Did The Pilgrims Really Wear Black, White, And Buckles?

Previous post To The Land Down Under, In More Ways Than One