The Origins of Gaff Taxidermy as Historical Oddities

"There's a sucker born every minute."

Have you ever been fooled by the legend of the jackalope, Fiji mermaid, or furry trout? How couldn’t you? Tchotchke shops and restaurants are full of undeniable proof that these made-up creatures exist.

Clever taxidermists have long been in on the joke and can pull all kinds of tricks to bring mythical creatures, like Bavaria’s wolpertinger, to life. 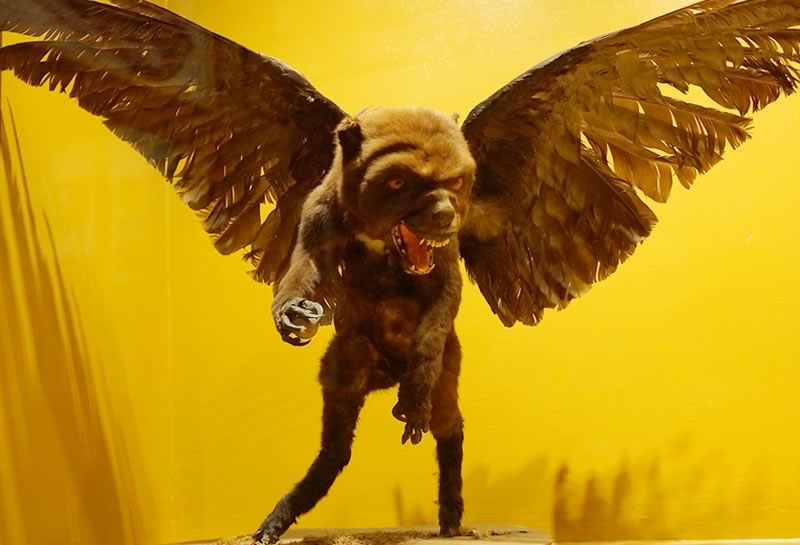 One of many versions of a Wolpertinger.

What Is a Gaff?

Taxidermists refer to their made-up creations as gaffs because they are meant to hook someone’s attention and make them wonder.

While many claim taxidermy gaffs to be forgeries, some gaff taxidermists disagree.

A Taxidermist’s Take on Gaffs

Though many gaff taxidermists are known for their mythical creations, most don’t see it as a means to deceive people. Doug Higley, renowned for his chupacabra gaffs, for example, never meant for his creations to be marketed as “real,” but instead to let people make their own decision about what it is. He famously calls his work the “Chupacabra?” emphasizing the importance of the question mark. 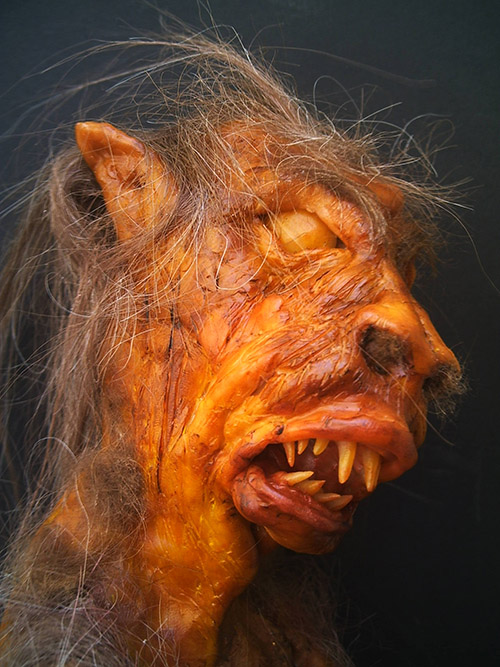 Taxidermy gaffs are a fun suspension of disbelief in taxidermists’ eyes. They want people to have fun imagining the mystery of their creations rather than just being a simple statement of falsehood.

While the multi-headed and appendaged taxidermy displays in our many odditoriums are indeed genuine, we do love including some historic sideshow gaffs with information about their mythological origins:

Perhaps the most famous taxidermy gaff, the Fiji mermaid was presented by P. T. Barnum in 1842. By convincing newspapers to do stories on his “real” mermaid, Barnum gained legitimacy for his creation and even managed to stump naturalists for a long while. In the meantime, similar mermaids popped up in smaller sideshows. 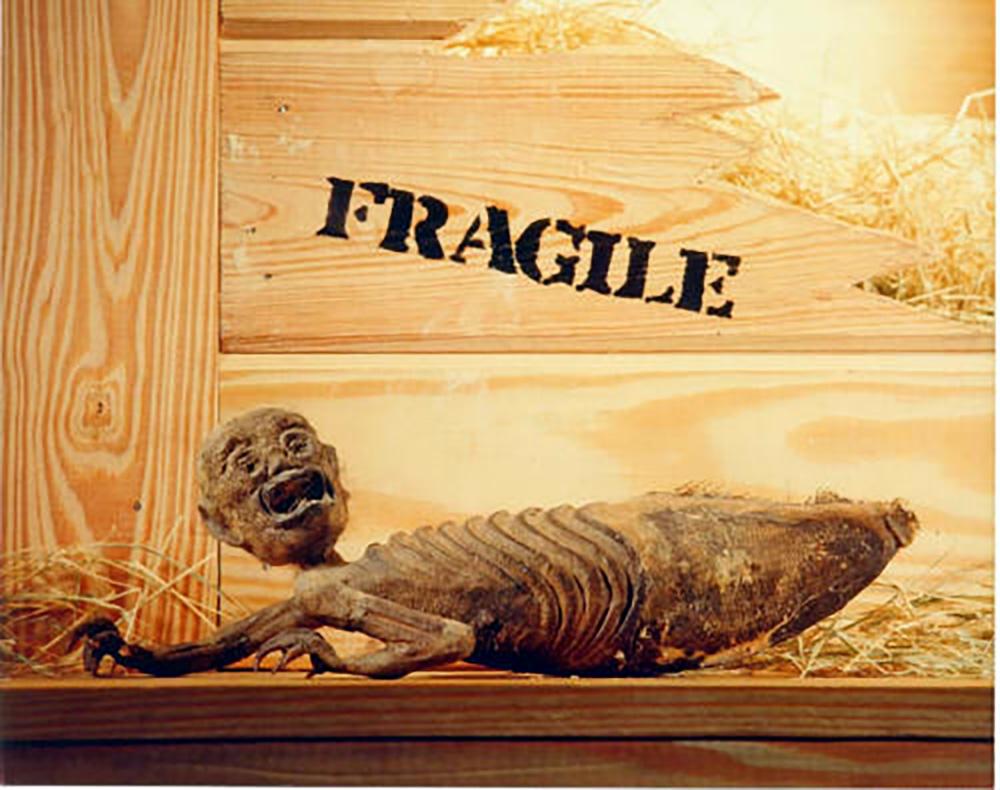 Researchers now believe Japanese sailors made the original mermaid in 1822 by sewing a monkey torso to a fish tail. Robert Ripley presented the Fiji mermaid at his odditorium in the 1930s, but his presentation debunked the hoax. The myth itself was the believe it or not.

The story claims that these trout grow long, fluffy, white hair to keep warm in the frigid temperatures of Iceland, Canada, and… Arkansas? The fish supposedly from Iceland were “bad omens” and allegedly turned people into dinosaurs if they ate them, while the Arkansas fish were rumored to be the victims of a hair tonic spill upriver. 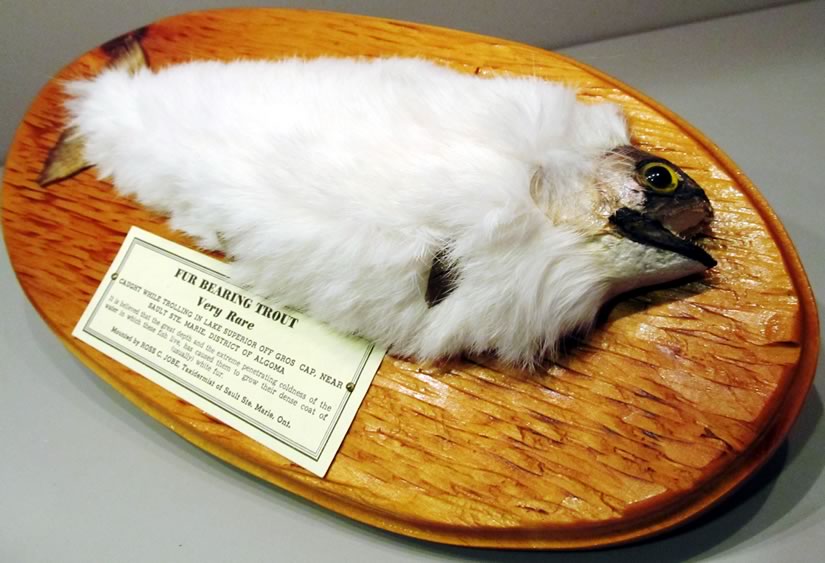 The gaff of the American West is the spritely jackalope. The fusion of a rabbit with a deer, these critters are rumored to be so dangerous that frontier hunters were advised to wear metal stovepipes on their legs to keep from being gored.

In Douglas, Wyoming, they even offer jackalope hunting licenses to tourists. Legend has it that jackalopes can only be caught on June 31st—a day that doesn’t exist. 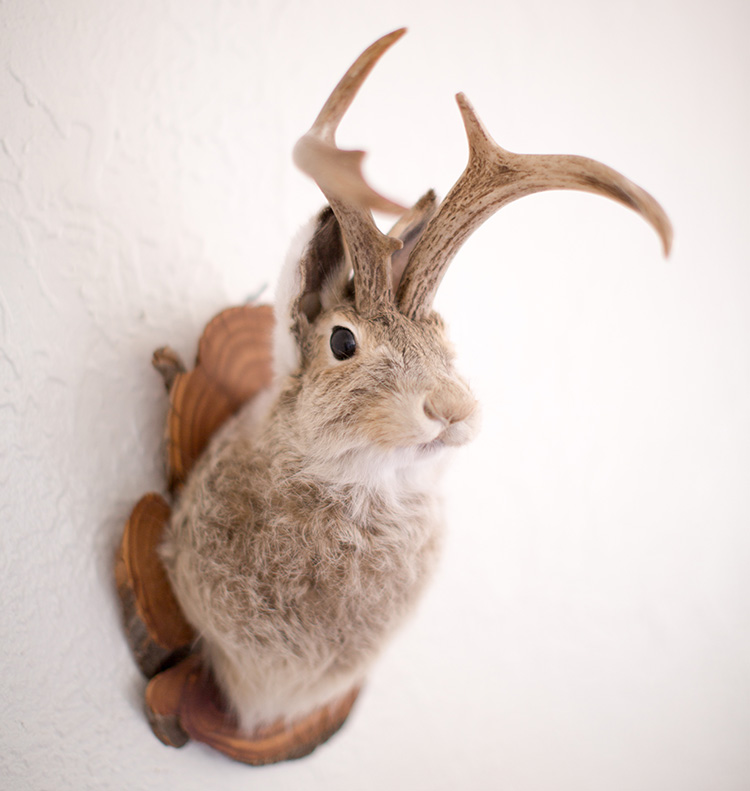 Previous post Snot Otters and a Chainsaw-Wielding Nun in Florida