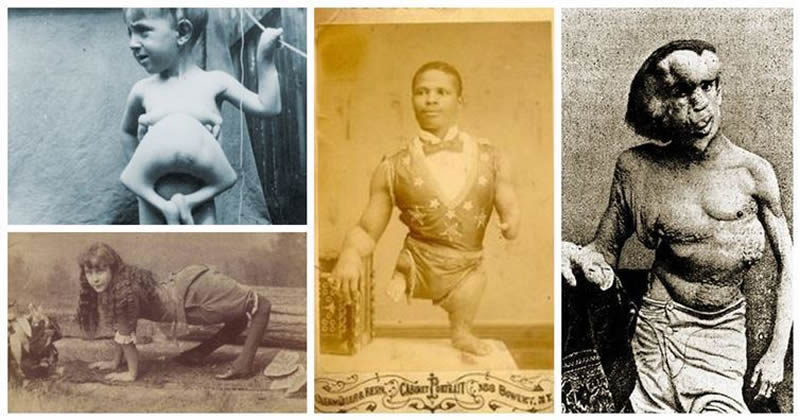 Ripley’s has always been a home to those deemed undesirable, freakish, or too shocking and strange to be part of “normal” society.

Unlike those who mistreated and ostracized these individuals, here at Ripley’s we have always embraced the unique, the peculiar and the shockingly different.

Feast your eyes on this group of utterly fascinating men and women with unique and startling physical attributes so unbelievable that you will question if they actually existed.

Francesco is one of the few sideshow circus workers who actually garnered a ton of respect and praise … well, that’s after getting bullied for years, of course.

He technically is a pair of conjoined twins, but his “brother” (who is made up of one leg and genitals) got attached to his spine.

After learning to cope with his disability by seeing that other kids had it much worse than he did, Lentini decided to tour with a variety of circuses including Barnum’s and Coney Island.

After touring with different circuses, he was so well-respected and loved that people dubbed him as “The King.” 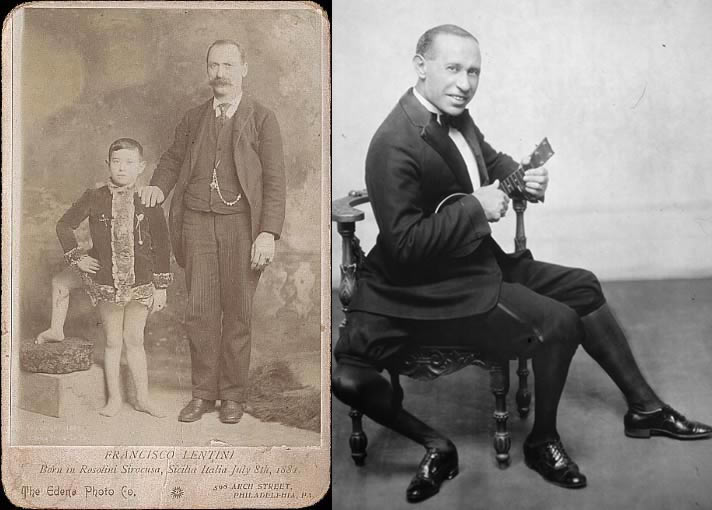 Also known as a “pinhead,” Schlitzie was born with microcephalus; a condition that causes a sloped forehead and an abnormally smaller head and brain.

He was always known to be a ray of sunshine and a man who had unconditional love for everyone around him.

No one really knows for sure about Schlitzie’s history, but it is believed that his parents sold him to a showman to be put on display shortly after his birth. Even though he never truly retired, he spent 71 years of his life entertaining all of those around him before he passed away. 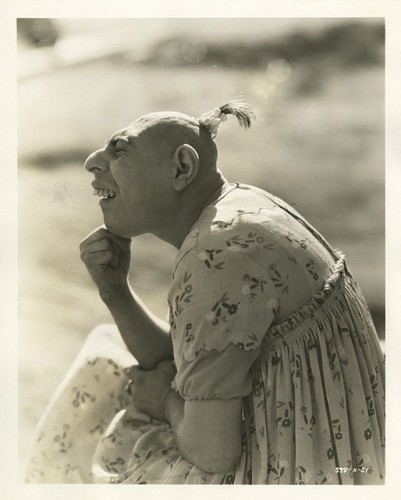 Also known as “Camel Girl,” Ella was born with a condition that caused her knees to bend backwards.  She performed in circuses in the late 1800s.

Newspapers everywhere would describe her as “the most wonderful freak of nature since the creation of the world.”

She quit after she saved up enough money to go to school, but after 1886, there really is no trace of Ella except for a marriage certificate in 1905. 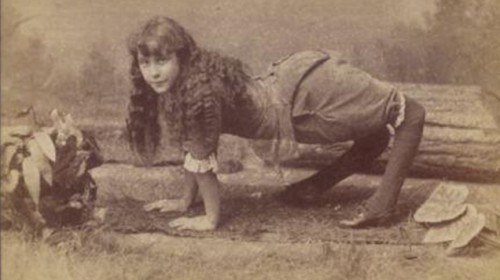 Also known as the Ohio Big Foot Girl, Fanny was born with Milroy disease, causing extreme swelling of the legs and feet.

Her feet got to be 17 inches long before she died at the age of 39. 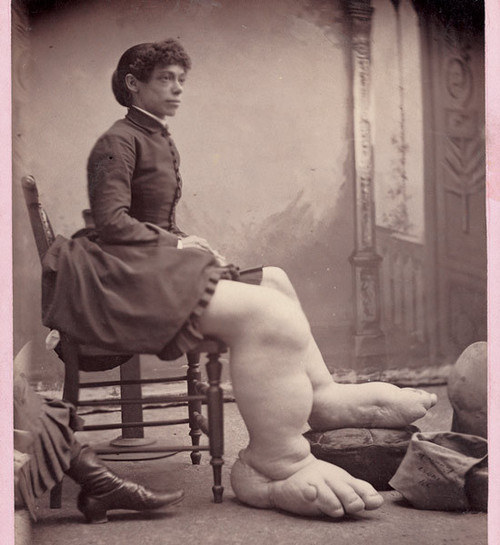 Joseph, also known as the Elephant Man, is an interesting case. He was born normal and only started noticing deformities when he was three years old in the form of bumps forming on the left side of his body. By the time he was 12, his deformities were severe and his father ended up kicking him out of the house, leaving Joseph homeless, hungry and alone.

Merrick had suffered from a combination of neurofibromatosis type I and Proteus syndrome.

He became a door-to-door salesman who hid his face behind a burlap mask, but obviously was unsuccessful. He ended up becoming a sort of celebrity among the elite in Victorian society. 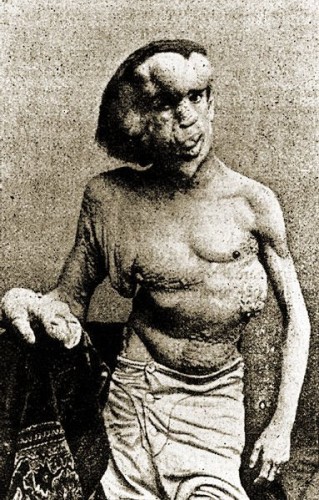 The “Two Boys, One Head” is actually Ernie Defort born with a parasitic twin attached to his sternum. He didn’t tour for long because his health started to deteriorate as his twin brother grew.

At 12 years old, they decided to surgically remove his twin, but Ernie was emotionally attached to him and didn’t want to undergo the surgery.

According to the doctor, Ernie had the intelligence of a 19-year-old. After surviving the surgery, Ernie suffered from depression and a few psychological issues, but ended up living a well-balanced life. He even got married! 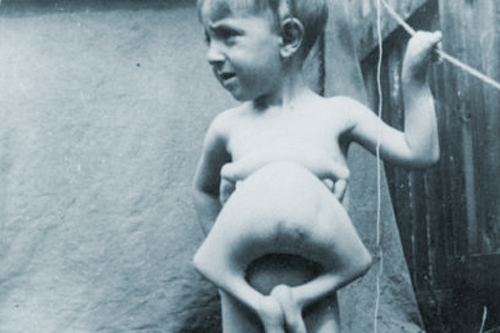 The eldest of 20 children, Edouard was the only one to grow abnormally large. He stood over 7 feet tall by the young age of 17 and still continued to grow. Instead of using his height to sell himself as a “giant freak of nature,” he decided to become a strongman.

He toured with Barnum and Bailey Circus, but in 1904, while on tour with them, he collapsed due to a pulmonary hemorrhage and died at 23.

At the time of his death, he measured 8 feet 3 inches tall.

Even after his death, however, his preserved corpse was kept on display for profit. Finally, after 85 years of his body traveling from place to place, he was laid to rest respectfully. 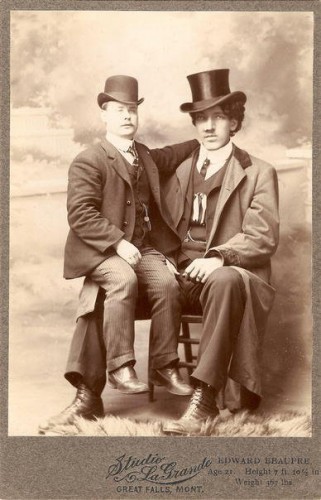 Nicodemus, born John Doogs, was born with truncated limbs. He was, however, remarkably strong and extremely talented in acrobatics. 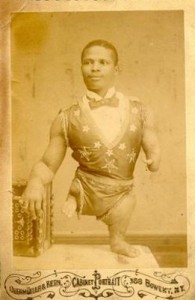 Mignon was born with phocomelia which typically stunts the limbs and fuses fingers, but her fingers were fused in such a manner that they resembled flippers, hence her stage name.

She married twice and had a healthy son with her first husband.

Her second husband was the crippled former acrobat called “Hoppy the Frog Boy” who performed with her for many years. 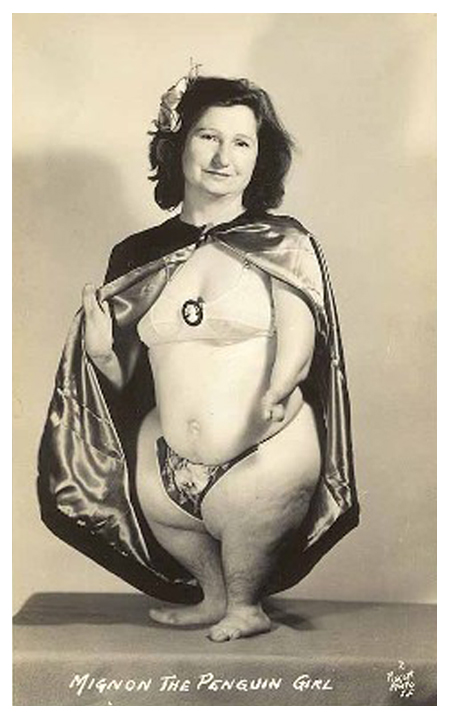 Born with hypertrichosis, she had two rows of teeth and a face full of hair. Her father decided to make the most of a seemingly awful situation and approached Karl L. Lauther, a well-known show promoter, for help. He immediately hired Percilla and even got emotionally attached to her. So much so, that he hated it when the public would call her “Monkey Girl.”

While performing, she met Emmitt Bejano, the Alligator-Skinned Man. They fell in love and got married in 1938.

Eventually, they both retired in Florida and lived happily until Emmitt passed away in 1995. Percilla was even a guest on Jerry Springer (clean-shaven, however) and peacefully died in her sleep in 2001.

Next post Watch This Creepy Ribbon Worm Spit Out a Web