The cake is a lie. 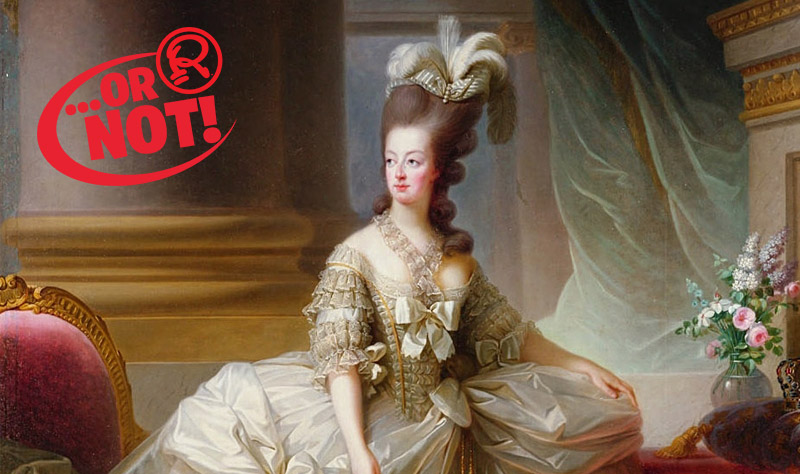 The phrase “Let them eat cake” lives in infamy as the privileged retort from Marie Antoinette when she was informed the peasant populace was starving with no bread to eat. But did the Queen really make so insensitive a statement, or was it just 18th-century fake news? 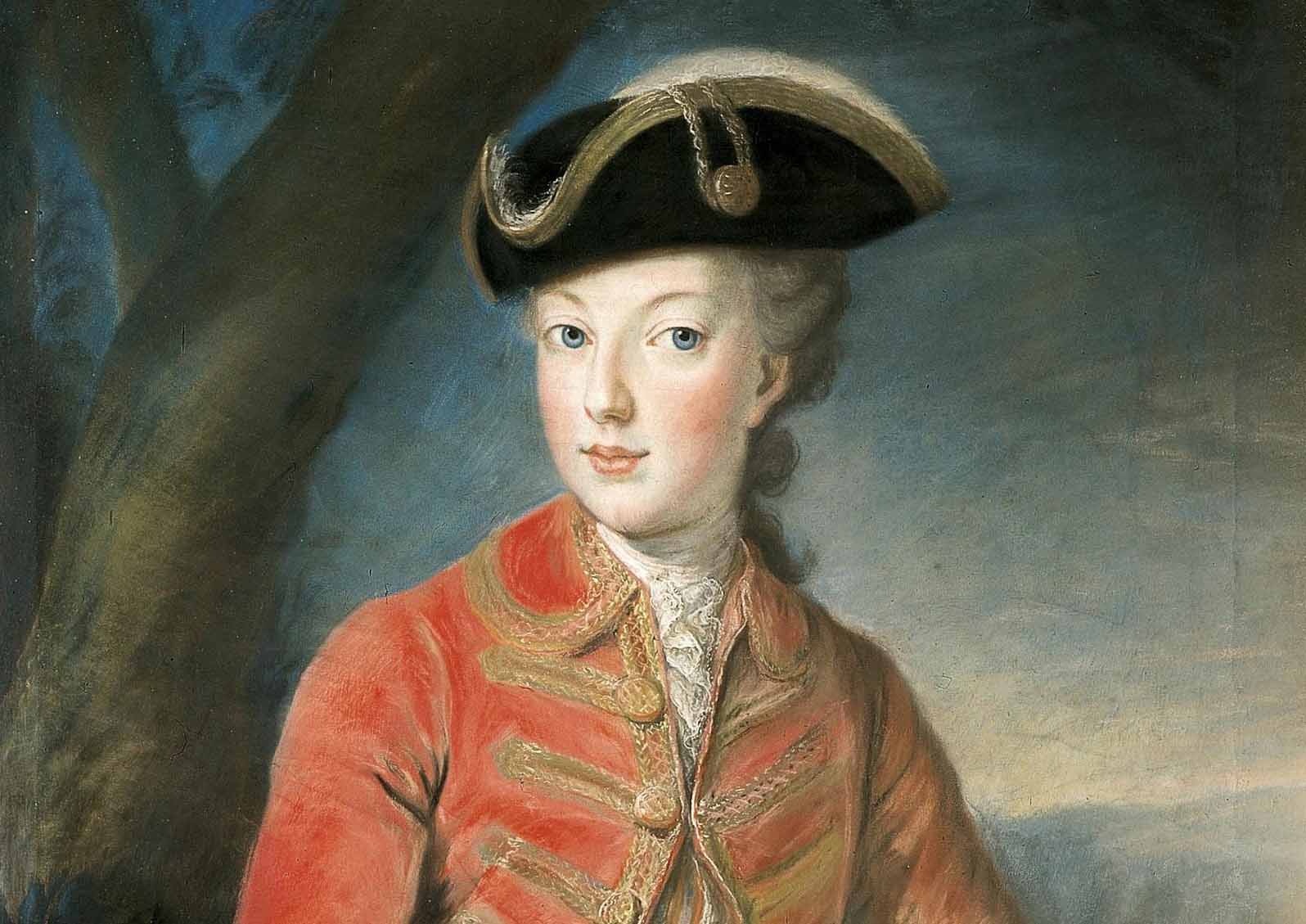 A summation and a rhetorical piece of false logic, the phrase is used to highlight the obliviousness of the rich and powerful to the lives and plight of the common people.

Marie Antoinette was indeed rich and spent lavishly on dresses and jewels, but she probably wasn’t the air-head she’s made out to be. For one, when she was asked to buy a set of jewels meant for the previous Queen, she refused and suggested her husband instead spend the money on France’s navy. For two, she wrote coded messages to other countries asking for help restoring the monarchy to France after she and her husband were imprisoned during the French Revolution.

The latter feat would eventually earn her an appointment with the guillotine, but she had at least some understanding of her political situation.

Despite her supposed disconnect from her subjects, she did exhibit a less-than-popular curiosity with peasant life. Facing growing stress in the palace, Antoinette had an entire Austrian village built on palace grounds where she and her ladies in waiting would dress as peasants and cavort around to feel “normal.” 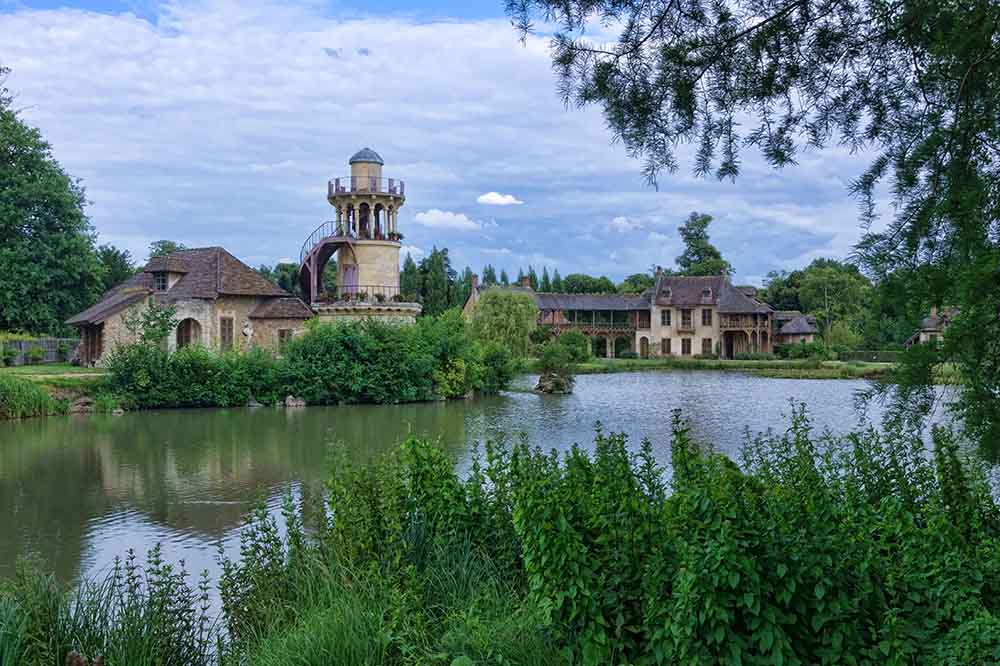 She also got in trouble with that diamond necklace we mentioned before. Believe it or not, an imposter on the French court impersonated letters from the Queen and coerced money from a Catholic priest to buy the jewels. The Queen’s name was dragged into the mess, and she received most of the blame in a scandal that angered the Pope and even involved the nefarious occultist  Count Alessandro di Cagliostro.

These continuing missteps, combined with an increasingly upset French populace, made Antoinette the target of French Revolution rhetoric. As they suffered a crumbling economy, and labor and debt relations became violent, the Queen was made out to be a foreigner and spendthrift with no concern for her subjects.

But Did She Say It?

As the Queen of France, she wouldn’t have used English in a casual conversation. The line she’s quoted using is actually:

One word you might recognize in the original French is brioche. While brioche isn’t sweet like cake, it is still a butter and egg-rich confection that would have had a similar, albeit less fanciful, implication. Despite the slight difference in semantics, there is no historical record of Antoinette ever uttering the phrase.

French writer Jean-Jacques Rousseau wrote the line in one of his books, attributing it to a “great princess.” Rousseau’s writings became incredibly popular during the Revolution, and it’s believed this is what led people to think he was talking about Marie Antoinette. Rousseau’s work was actually written while Antoinette was just 12 years old.

Folklore experts have also found a similar phrase used in German stories from the 1600s, only this time cake and brioche are replaced with krosem—German sweet bread. Nonetheless, the monarchy was executed and Marie-Antoinette’s name remains stained to this day. 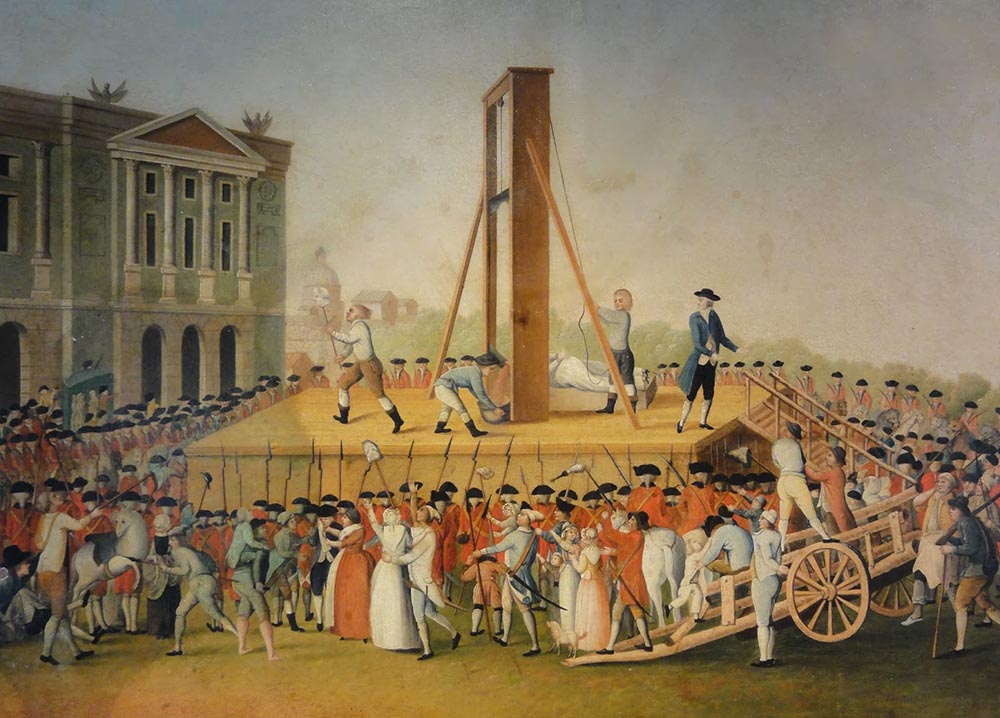 The execution of Marie Antoinette.