A novel idea: Break glass. Light said glass on fire. Climb up on chair. Jump off chair onto burning glass...on your hands!

“When I set [the glass] on fire before I jump into it, that’s when people are the most shocked, the most in disbelief. I’ve actually seen a woman crying as I get ready to jump off the chair into the pile that’s on fire; she was right in front of me and she was literally crying because she was so afraid for me.” 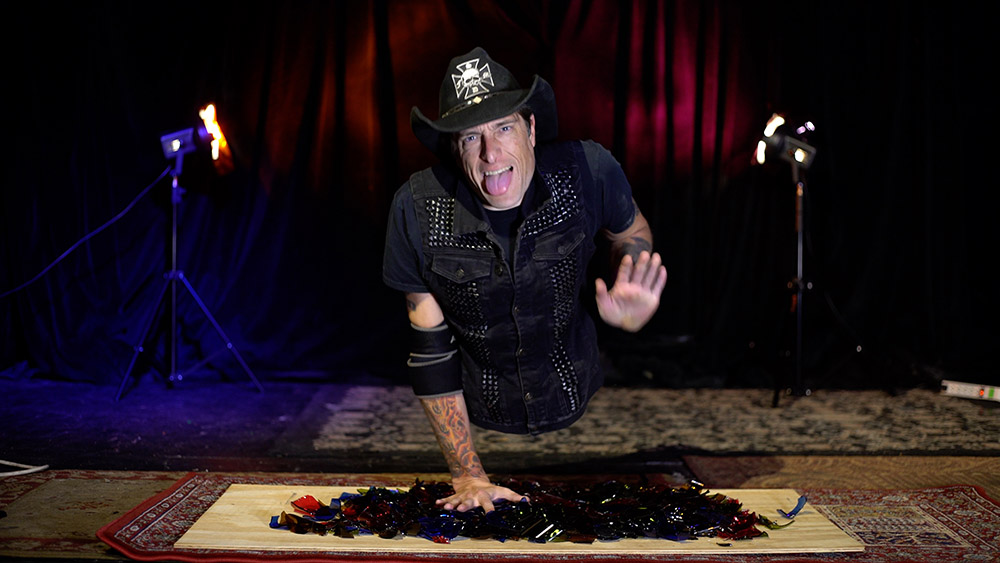 He was two years old when a condition led to the amputation of both his legs. Short E.’s “half-man” sideshow status can be attributed to the legendary Johnny Eck, an early twentieth-century performer who was also billed as a “half-man.” Eck was famous in his day, and even performed at the Ripley’s Believe It or Not! Odditorium at the 1933 Chicago World’s Fair.

“Johnny is a personal hero of mine. He paved the way for guys like me. I hope to live up to his legacy and surpass it at the same time. I know that he never did fire breathing or glass walking or any of that stuff. But back in those days being an oddity and a freak—that was enough and now it’s not enough. You’ve got to be a performer, too. You’ve got to have a skill set. You’ve got to have the personality, the charisma and stage presence.” 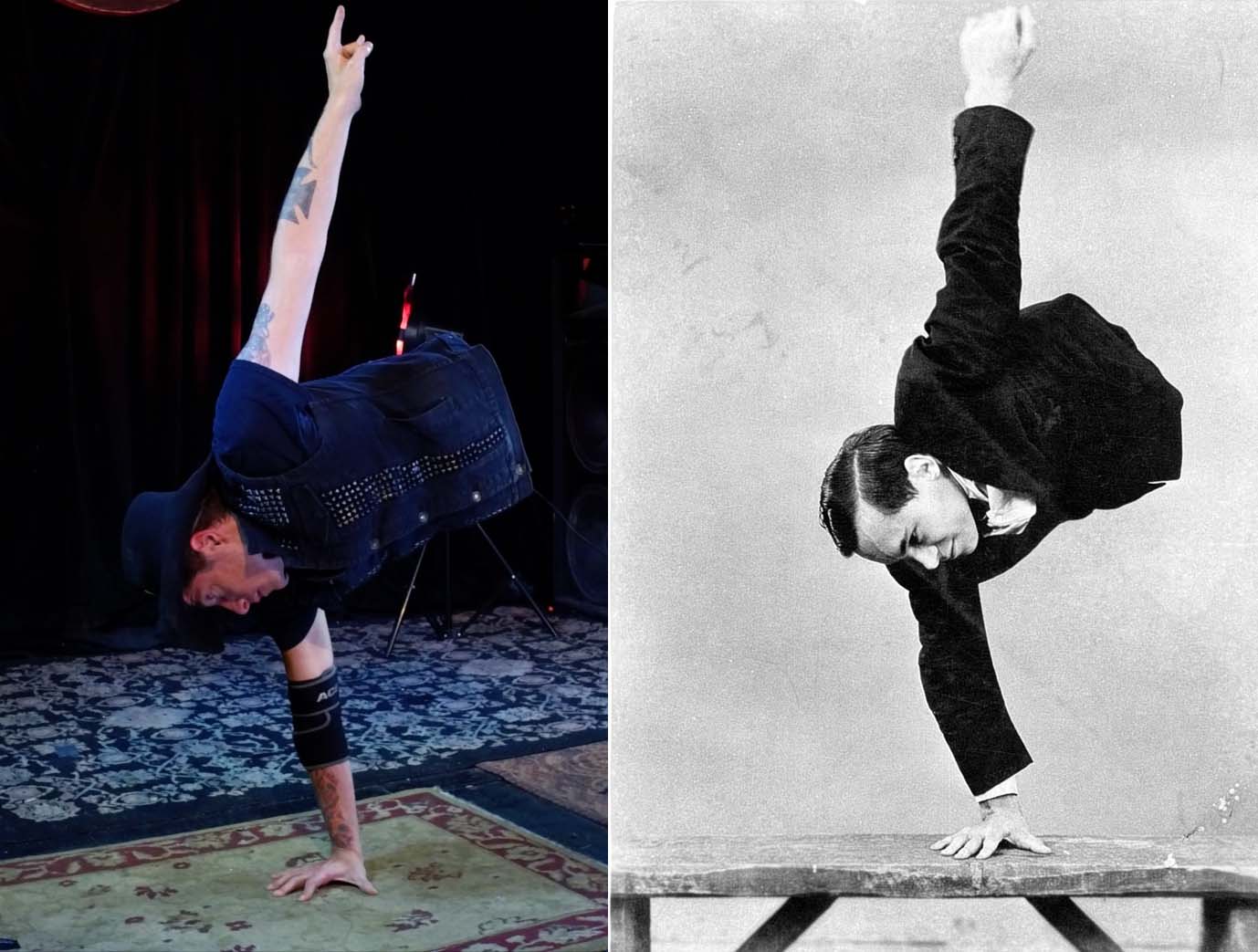 Next post Snot Otters and a Chainsaw-Wielding Nun in Florida

Previous post Or Not: George Washington's Teeth Were Wooden?