The Real Hoverboard From Back To The Future

An almanac may have been far too powerful to bring to the past, but a hoverboard?

An almanac may have been far too powerful to bring to the past, but a hoverboard? The tool instrumental to the exploits of Michael J. Fox’s time-traveling Marty McFly would have ended on more than one occasion if not for the help of the futuristic skateboard.

While trying to escape Griff and his gang of thugs from the fantastical future of 2015, Fox nabs the board from a little girl. Initially equipped with a handle, his character snaps it off to provide the hoverboard with its iconic look. Held aloft by “magnetic energy,” the board required no wheels or pavement to operate. The rider merely kicked along unless they had “powah.” 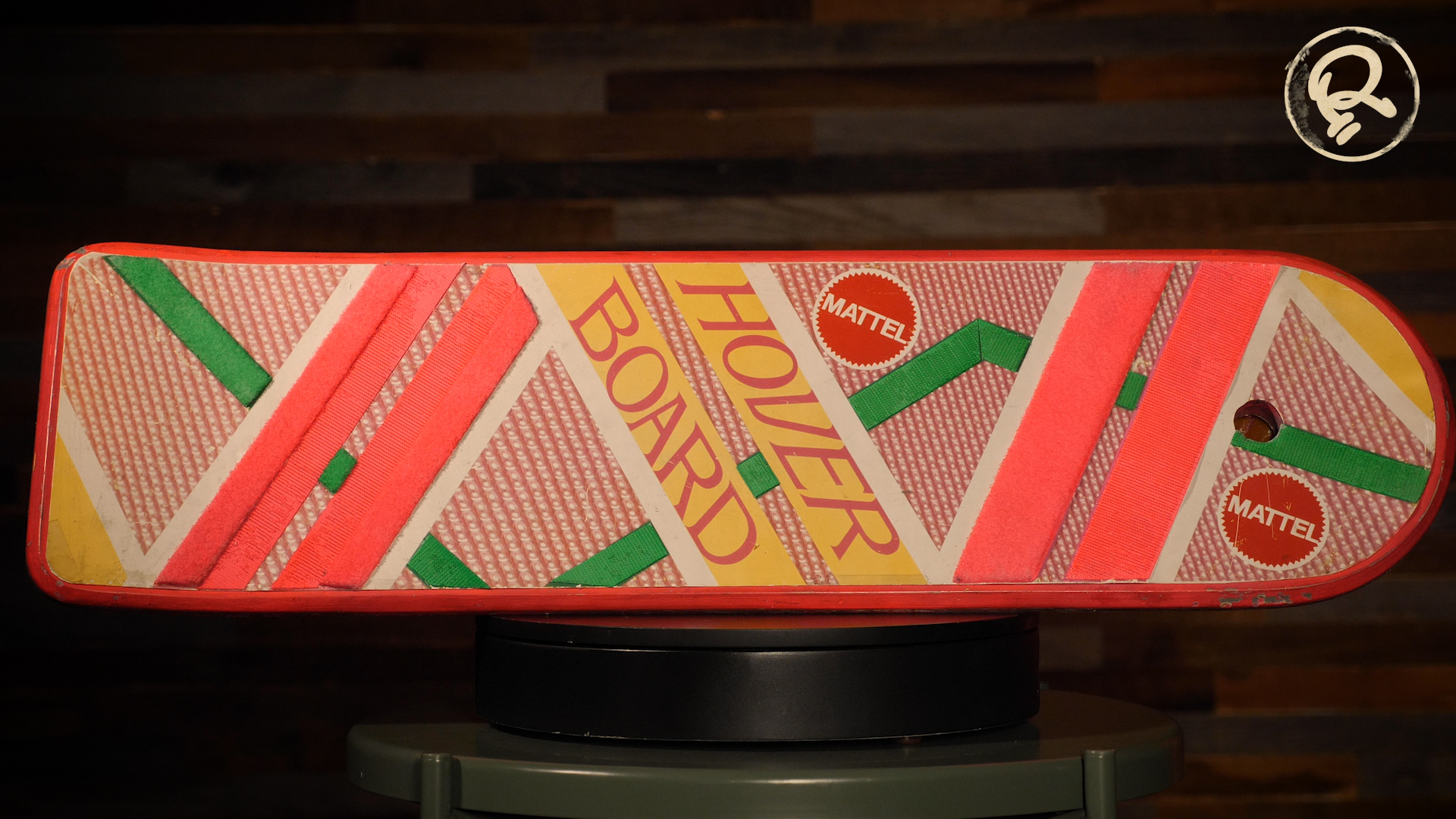 Though many of the futuristic technologies depicted by the film are memorable, the hoverboard seems to have gotten the most screen time, traveling back to 1965 and 1885.

A futuristic interpretation of the skateboard used by Marty in the first movie, the pink colors and child-friendly “Mattel” branding bring it in line with director Robert Zemeckis’s consumerist world-to-be. The prop was made using a simple plank of wood covered in graphics, velcro, and molded “gravity pads.”

An iconic piece of Hollywood history today, the hoverboard was instantly popular with audiences when the film premiered. In an interview, Zemeckis jokingly said that the hoverboard was indeed real, but had been taken off store shelves because parents didn’t want their kids floating around. This reportedly caused mass hysteria, with thousands of youngsters roving from store to store looking for real hoverboards.