Moonwalk Your Way Into the Unbelievable Life Of Michael Jackson

Honestly, how many of us haven't tried his 45-degree angle tilt from Smooth Criminal? 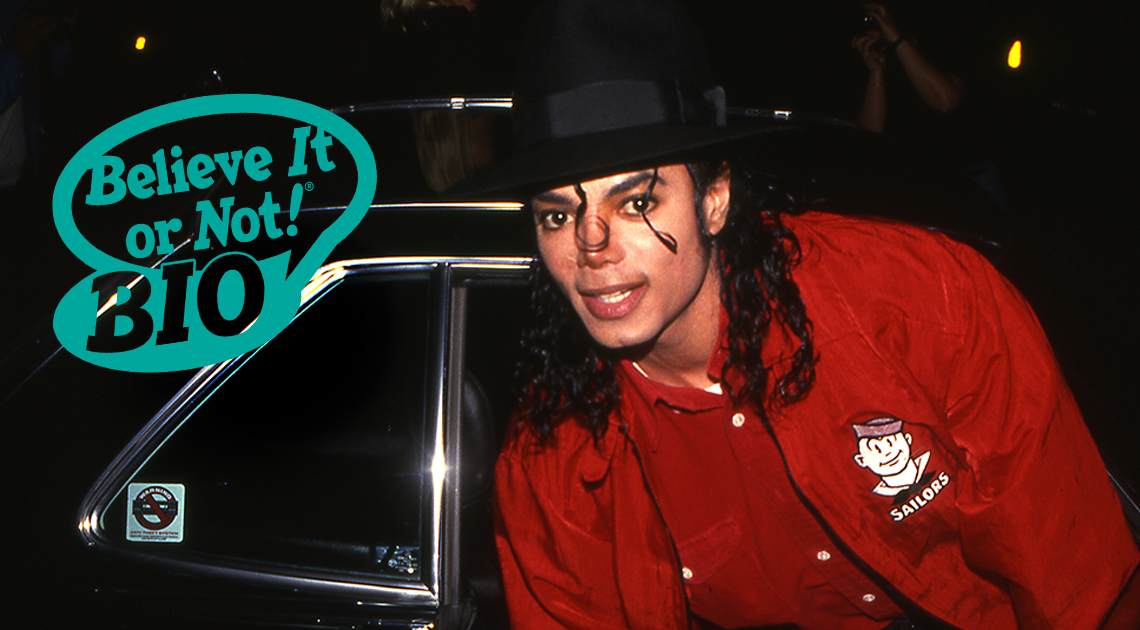 In this day and age, it’s hard to keep up with all of the popular dance trends. But, there is one dance out there that just about everyone knows—Thriller, of course. Though, we can’t forget about the many other iconic Michael Jackson dance moves: the pelvic thrust, smooth slides and spins, the toe stand, and the one and only, moonwalk. And, honestly, how many of us haven’t tried his 45-degree angle tilt from Smooth Criminal? Michael’s life was full of a wide range of successes starting from his early years, as a member of the Jackson 5 with his brothers, to all he has done to shape the music and dance industry we know today.

It was Michael Jackson’s dream to play Spider-Man.

In 1996, when Marvel Comics filed for bankruptcy, Michael tried to buy the company in collaboration with Stan Lee, hoping that he could play his dream role of Spider-Man in the original movie. However, his attempt was shut down, and Marvel went with Tobey Maguire instead.

But, this rejection didn’t stop Michael. He refused to let go of his dream of becoming a superhero. So when the X-Men movie franchise was announced, he lobbied for the role of Charles Xavier, or Professor X. Despite his valiant efforts, producers cast Patrick Stewart.

Michael Jackson held a United States patent for the boots in Smooth Criminal.

According to CNN, the boots worn in the Smooth Criminal music video were actually patented by Michael on October 26, 1993. The shoes “have a specially designed heel slot which can be detachably engaged” with a “hitch” (such as a nail) projected through the stage surface “by simply sliding the shoe wearer’s foot forward, thereby engaging with the hitch member,” according to the US Patent Office description.

Even with the special shoes, the mystery of Michael’s 45-degree lean still remains somewhat of a mystery to the world. According to NPR, three neurosurgeons (and admitted Michael Jackson fans) from the Postgraduate Institute of Medical Education and Research in Chandigarh, India—Nishant S. Yagnick, Manjul Tripathi, and Sandeep Mohindra—have revisited how the King of Pop achieved this nearly impossible feat. Aside from the development of core muscles, abdominals, and central trunk muscle, intensive practice is required for anyone willing to repeatedly faceplant in the hopes of recreating this move.

Careful not to detract from her responsibilities as the First Lady, Jackie Kennedy was careful in her role as an editor and, more often than not, was against having her name published in any book she worked on. However, when it came to persuading Michael Jackson for a hand in his new book, she bent the rules quite a bit. Jackie traveled to his California home to pay him a $300,000 cash advance for the rights to his story, and she even promised to write the book’s introduction. Michael liked the idea of having a famous editor work on his book, so he accepted the deal. The book was later released in 1988.

Following Michael’s death, his literary agent received many emails asking if the book would be republished. His attorney agreed to have it reissued by Random House with a printing of 100,000 copies and a new introduction by an unidentified friend of Michael’s.

The jacket Michael wore in his Thriller music video sold at auction for nearly $2 million.

At a whopping $1.8 million, Jackson’s Thriller jacket was auctioned off to Milton Verret, a commodities trader from Austin, Texas, back in 2011. One of two jackets worn in the video, Jackson sports the black and red calfskin coat in a scene with a troupe of zombies, rising from their graves to break into a dance routine. Following his purchase, Verret said the jacket would be sent on tour and used as a fundraising tool for children’s charities. Additionally, a portion of the sale price went to Shambala Preserve, a big cat sanctuary that is caring for two tigers Michael once owned. 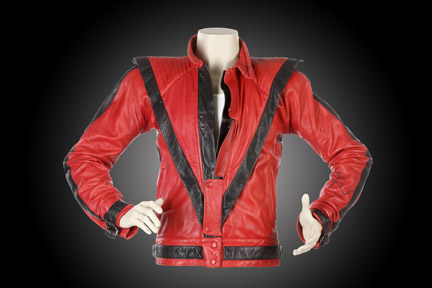 However, this $1.8 million beauty and its brother aren’t the only Jackson jackets floating around. Two of Michael’s longtime collaborators, Dennis Tompkins and Michael Bush, used the original 1983 jacket to design additional versions for Michael to wear at his concerts. But, they weren’t the only ones with dupes in the works. After Jackson’s death, his brothers launched the J5 collection with 1,000 signed collector’s edition replicas of the Thriller and Beat It jackets in Jackson’s size. Needless to say, there are still quite a few of these pieces floating around out there.

During the filming of a 1984 Pepsi advertisement, Michael’s hair accidentally caught fire when a scheduled explosion fired too early on the set. This mishap resulted in second and third-degree burns to his face and scalp. And while many might remember this unfortunate incident, it’s a little known fact that Michael actually wore wigs from 1984 onward to cover for the loss of his hair. Following his official autopsy, it was also revealed that Michael even had his hairline permanently tattooed onto his head in order to blend his many wigs with his forehead. Little did he know that wearing wigs and hats would later become part of his iconic signature look.

After being released on January 2, 1983, Billy Jean topped the Billboard 100 chart for 7 weeks straight. As a result, it ended up on MTV as the first video by a black artist, receiving heavy rotation on the network. Michael’s hit song paved the way for MTV to become more diverse and inclusive in audiences and genres.

In an interview with MTV, Michael was when asked about the inspiration behind his 1983 hit single.

He said, “There is a girl named Billie Jean, but it’s not about that Billie Jean. Billie Jean is kind of anonymous. It represents a lot of girls. They used to call them groupies in the ’60s. They would hang around backstage doors, and any band that would come to town they would have a relationship with, and I think I wrote this out of experience with my brothers when I was little. There were a lot of Billie Jeans out there. Every girl claimed that their son was related to one of my brothers.”

Aside from all other strides he made in the music industry, Michael was the first artist to win eight Grammys in one night. In total, he was nominated for 38 Grammy awards–13 of which he won. Michael also received the Grammy Legend Award in 1993 and was honored with the Recording Academy’s Lifetime Achievement Award in 2010.

In November of 1982, Thriller was released and was quickly certified platinum the following January. That album, and the song, Billie Jean, made him the first artist to reach a number one spot for pop single, pop album, R&B single, and R&B album, simultaneously. 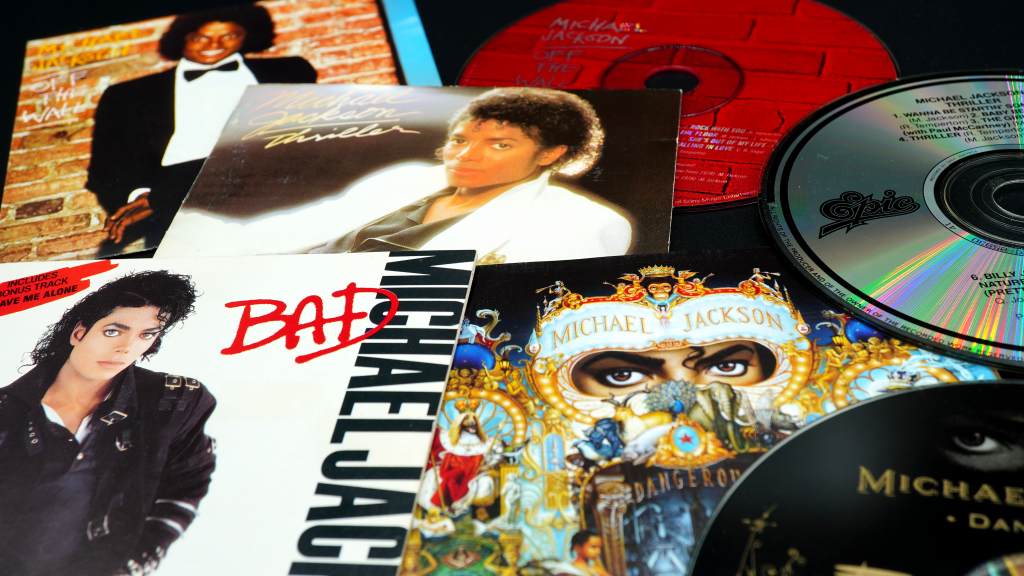 Forbes ranks Michael Jackson as No. 1 on its annual list of top-earning dead celebrities.

Though Michael Jackson passed away in June of 2009, he still rakes in some serious dough from beyond the grave. From October 2018 to October 2019, Michael made an estimated $60 million in earnings. In the year following his death, his estate earned one billion dollars in revenue, and in the five years after he passed, Jackson himself earned over $700 million.

And while we would all love to know what other musical tricks Michael had up his sleeve, we will just have to settle for Billie Jean on repeat and channeling our inner Thriller this fall season.

Previous post Mask Up, Hollywood! Our Dino Is Rockin' A New Accessory